After two weeks’ absence, Morris M. is back to guide you through the last seven days of news. It was seven days that saw soccer madness, a new Supreme Court pick, a significant execution, and the UK government teetering on the brink. Ready to stretch out and bask in the heat of the dumpster fire we call news? Read on.

10 The UK Government Teetered Toward Toppling 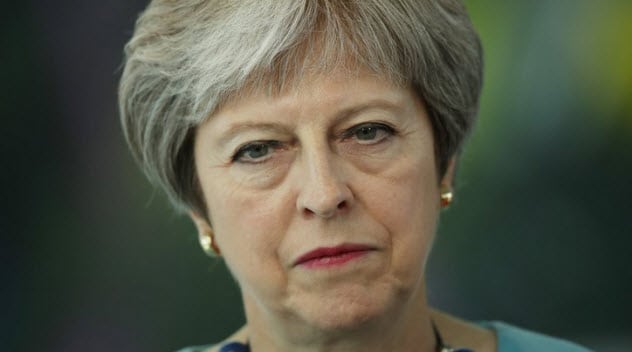 In just three short months, the UK government and the EU are due to vote on the final transition deal that will come into force once the UK leaves the bloc on March 29, 2019. Unfortunately for Theresa May, there needs to be something concrete to vote on.

This week, after two years of promising everything to everyone, May finally got her cabinet to hammer out the UK’s official Brexit position. Predictably, the compromise nearly exploded the government.

May’s white paper removes the UK from the EU single market and customs union, but it would keep the country so closely aligned that it’d be nearly the same as staying in. Pro-Brexit MPs were aghast, saying it amounted to “Brexit in name only.” Remain MPs were equally appalled, saying it amounted to throwing away all the benefits of EU membership while keeping all the negatives.[1]

It may all be academic anyway. In the wake of the agreement, two of May’s top ministers resigned, leaving the government flailing. There’s now every chance that her premiership will completely collapse when her plan finally goes to a vote. 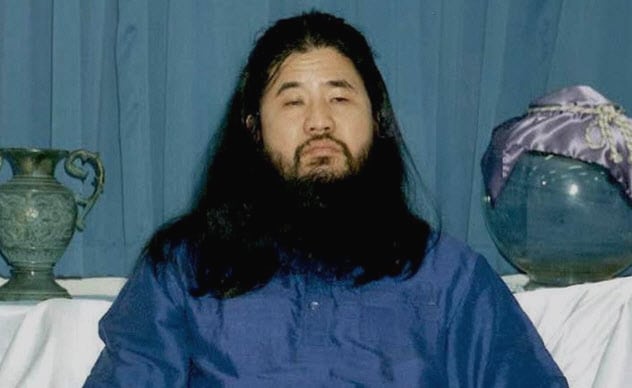 On March 20, 1995, Japanese doomsday cult Aum Shinrikyo, under the direction of blind yoga guru Shoko Asahara, released sarin on the Tokyo subway during rush hour, killing 12 (later rising to 13) and injuring nearly 6,000. This followed a 1994 sarin attack the group carried out in the city of Matsumoto (which killed eight and injured over 500) plus a string of assassinations using chemical and biological weapons that claimed at least 12 lives.

The subsequent trials of Aum’s leadership lasted 20 years, finally concluding in January 2018. A few weeks ago, this column reported that Japan was preparing to execute those convicted. Last Friday, Tokyo finally did it. In the morning, news suddenly broke that Asahara had been hanged. As the hours passed, six more Aum members were hanged in turn. Japan’s deadliest terror group is now officially dead.[2]

The executions close the book on a disturbing period in Japan’s history, but the effects of the attack will linger long in the country’s psyche.

8 The Novichok Attack On Britain Claimed Its First Life 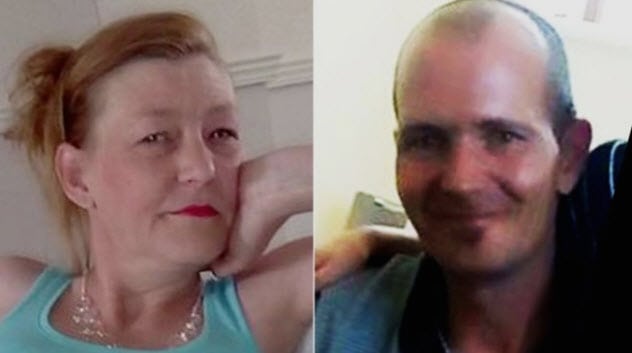 While we’re on the gruesome subject of nerve gas, this week also marked possibly the first time that a British civilian on British soil was killed by a WMD. On June 30, Dawn Sturgess and her partner were poisoned by Soviet nerve agent Novichok while in Amesbury. Sturgess finally died on Monday. Her death could have international repercussions.

Amesbury is close to Salisbury, the British city where Russian ex-spy Sergei Skripal and his daughter Yulia were both nearly assassinated with Novichok in March. (The attack also nearly killed a policeman.) The UK government has pointed the finger of blame at the Kremlin, which previously killed a Russian dissident in London using polonium. Moscow denies any involvement.

The working theory is that Sturgess accidentally picked up a container still contaminated with Novichok from the assassination attempt. Her death has now been ruled a murder, putting London and Moscow on a likely collision course.[3] 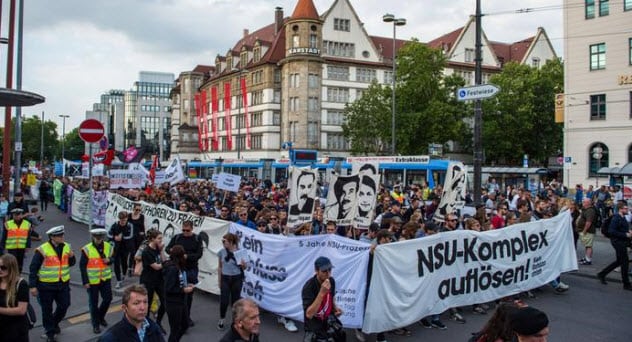 Between 2000 and 2007, a tiny neo-Nazi cell called National Socialist Underground (NSU) embarked on a racist killing spree across Germany. Eight ethnic Turks, one ethnic Greek, and a female German police officer were gunned down at random by Uwe Bohnhardt, Uwe Mundlos, and Beate Zschape, who also bombed a Cologne street in 2004. Only Zschape was ever apprehended. As the police finally closed in, Mundlos and Bohnhardt committed suicide.

This week, the sprawling trial of Zschape finally concluded. The neo-Nazi terrorist was given a life sentence, with accomplices also convicted. However, the verdict opened serious fissures in German society, leading to large protests in several major cities.

The trial uncovered evidence that the German intelligence services and the media had deliberately overlooked the extreme right nature of the killings, preferring instead to paint them as the work of “migrant drug gangs.” These failures allowed NSU to operate unchecked for years.[4] 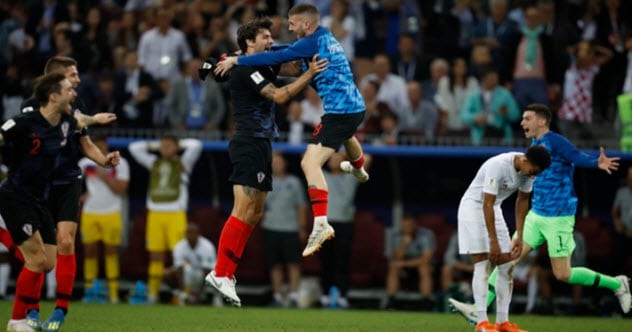 You may have noticed a little thing called the World Cup going on the last couple of weeks. You may have also noticed that it’s been one of the least predictable World Cups in living memory.

Germany was knocked out in the group stages for the first time in . . . well, ever. Russia made it all the way to the quarter finals on a wave of hope. England, a team last seen on the world stage getting a drubbing from tiny Iceland, reached their first semifinal in 28 years.

But the real feel-good story of the FIFA World Cup has been Croatia. As a country that’s smaller than West Virginia and has a population below that of, say, the Dallas–Fort Worth metro area, Croatia’s team should have been knocked out ages ago. Instead, they sailed past England on Wednesday night to become only the 13th country to ever make it to the finals. In doing so, they picked up legions of international fans.

Now all eyes are on Croatia to see if they can beat mighty France on Sunday and make soccer history.[5] 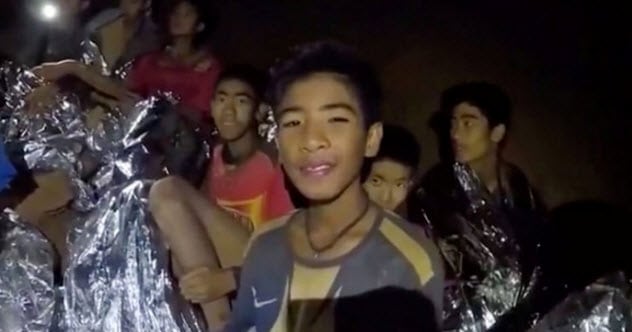 It was a once-in-a-lifetime rescue. On June 23, a young Thai soccer team and their coach went missing in a deep cave complex after the passageways flooded. Initially considered dead, they were finally discovered alive but cut off from the world by more than 1.6 kilometers (1 mi) of pitch-black water. Getting all of them back alive appeared to be extremely unlikely.

Yet, that’s exactly what happened. This week, Thai Navy Seals plus expert divers from Australia and Britain succeeded in bringing all 12 boys and their coach to safety. Given that this involved bringing them through passageways almost too narrow to swim through in total darkness, this was nothing short of a miracle.[6]

The story was greeted with jubilation across the world as proof that life isn’t always cruel and awful. Yet there was still a hint of tragedy. One of the rescue divers, Saman Kunont, died trying to get oxygen to the boys. For his sacrifice, he was hailed as a hero. 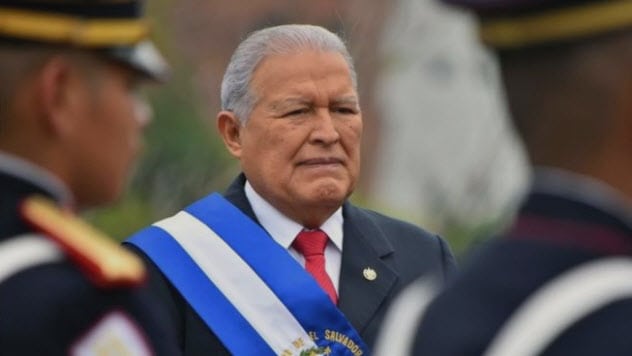 On November 28, 1979, South African diplomat Archibald Gardner Dunn was grabbed outside his embassy in the El Salvadoran capital by members of the left-wing rebel group Popular Liberation Forces (FPL). Dunn was held captive for a year before being executed—after a ransom demand of $2 million had already been paid.

At the time, the second-in-command of FPL was Sanchez Ceren. In 2014, Ceren was elected president of El Salvador, the first former rebel to take the post. This week, the country’s Supreme Court ordered him to testify in a civil case brought by Dunn’s family, raising the specter of the president being found liable for kidnapping, extortion, and murder.

It’s currently unclear if Ceren will make it to the witness stand. Despite the court ruling, his government has refused to comply, saying that he wasn’t yet a leader in FPL at the time of Dunn’s kidnapping.[7] 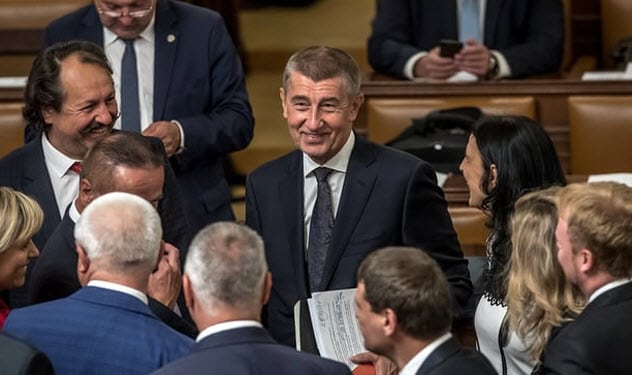 It was a gamble that triggered waves of protests across the country. Having failed to put together a government since his election nine months ago, the populist leader of the ANO party (ano means “yes” in Czech), Andrej Babis, finally turned to the Communist Party for support.

In exchange for having some of their policies adopted, the Communists sided with Babis’s center-left coalition in a confidence vote Wednesday night. Although the Communists will remain outside the government proper, it marked the first time that they’ve had any real power in the Czech Republic since 1989’s Velvet Revolution.

Czech Republic’s history under communism is an unenviable one. The party seized power over Czechoslovakia in a 1948 coup, ushering in an age of repression. In 1968, after new leader Alexander Dubcek tried to ease controls on censorship, the Warsaw Pact countries invaded. Ordinary Czechs really, really do not have good memories of communism.

And now the party is wielding power again, albeit from the sidelines. With Babis himself also under investigation for embezzling millions of euros, the new Czech government is already shaping up to be a hugely unpopular one.[8]

2 Japan Was Rocked By Deadly Floods 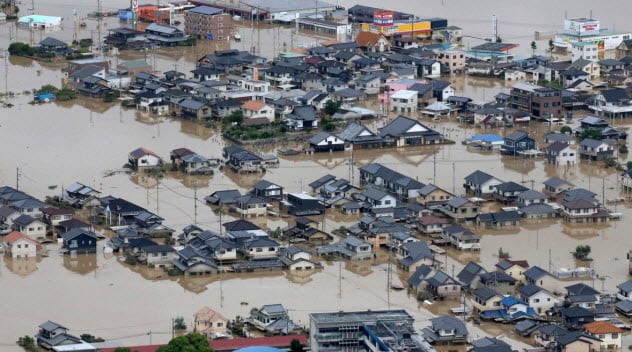 Even in a country that’s no stranger to natural disasters, the floods that hit western Japan over the weekend were still shocking. The worst rains in decades washed over Hiroshima and Okayama Prefectures, submerging whole villages under water. By the middle of this week, it was clear that a genuine disaster was unfolding. At the time of this writing, 200 have been confirmed dead and the number is expected to rise.

The spread of disaster was so bad that millions had to be evacuated from their homes. The UN has now offered to help with the cleanup.[9]

The floods coincided with other disturbing news coming out of Japan. On Wednesday, former nurse Ayumi Kuboki was arrested in Yokohama on suspicion of poisoning patients in 2016 by injecting their intravenous drips with detergent. She is thought to have killed between 20 and 48 patients this way. If found guilty, it would make her Japan’s worst serial killer in 70 years. 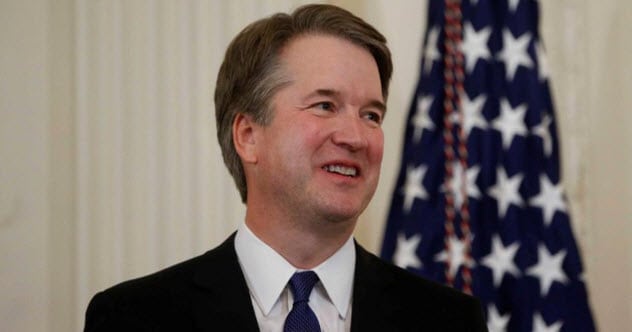 It was a common refrain in the 2016 election when both candidates were deeply unpopular with parts of their bases: “You’re not voting for Clinton or Trump. You’re voting for the Supreme Court.”

Well, it turns out that those voices were even more right than they knew. Having already made Neil Gorsuch a Supreme Court justice at the very start of his presidency, Trump nominated his second pick this week after the retirement of Anthony Kennedy. Step forward, Brett Kavanaugh.[10]

Kavanaugh is the justice religious conservatives were hoping for. He has an excellent pedigree with right-wing causes and previously served in the George W. Bush White House. If confirmed, he is expected to tilt the court to the right for the foreseeable future. (Kennedy was a conservative who was considered a swing vote on social issues.)

However, that “if” is an important one. The GOP has had some trouble with Senate defections on major votes of late, such as those for health care and tax reform, and it’s possible that moderates or wild card rebels could yet upset Kavanaugh’s nomination. Then again, this could be the one major vote that Senate Republicans are happy to pull together on.