When we think of the past, we tend to either romanticize it or flat-out abhor it. Apparently none of us could feel comfortable living in a time when the internet was a type of fishing tool. Also, the old days featured a touch of misogyny and a good dose of slavery, as well as completely lacking electricity—but there were plenty of awesome things back then which definitely made up for the downsides. Things like:

10
Great Safeguards for the Poor 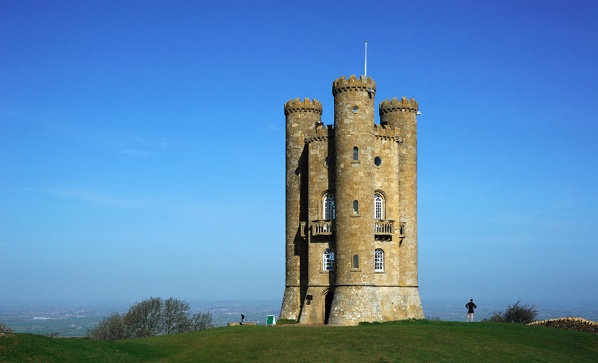 “Socialism,” which features a strong welfare system, is looked upon poorly in some countries today. But this was not always the case: during the eighteenth century, the English Parliament passed three different laws allowing for welfare for the unemployed.

And these weren’t “handouts,” either. The Workhouse Test Act allowed people who were poor to receive aid, provided they would try to find a job. The law even gave churches the ability to get federal aid so that they could feed and house the poor. But this leads to a problem: what if there weren’t any jobs to get? The Government had your back on this too. Building projects were commissioned purely to provide jobs for unskilled laborers who were out of work. These building, called “follies” were mainly aesthetic and some of them are still around today. 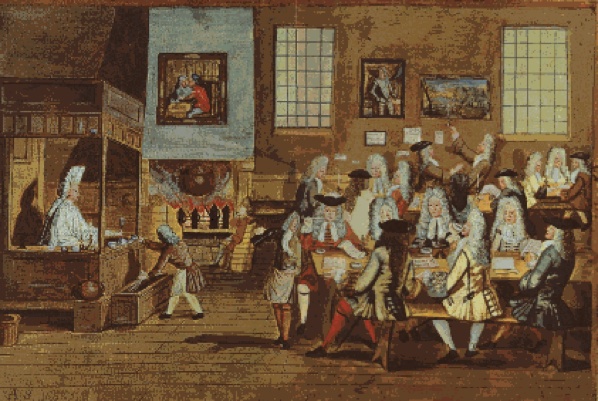 Let’s say you wanted to become educated, or at least aware of the world, in eighteenth century Europe. The only problem is that you’re flat-out broke. Well, in London and all over Europe, “coffeehouses” were on the rise. Unlike the hipster dens of today, these coffeehouses drew intellectuals like professors or students from universities like Oxford and Cambridge. For a penny, people could buy a cup of coffee and listen to these great minds discuss the state of the world or whatever field they were an expert in.

Essentially, you could get free lectures in all sorts of topics. Historians say that these coffeehouses eventually led to a massive literacy spike that also resulted in hundreds of new newspapers all over Europe. 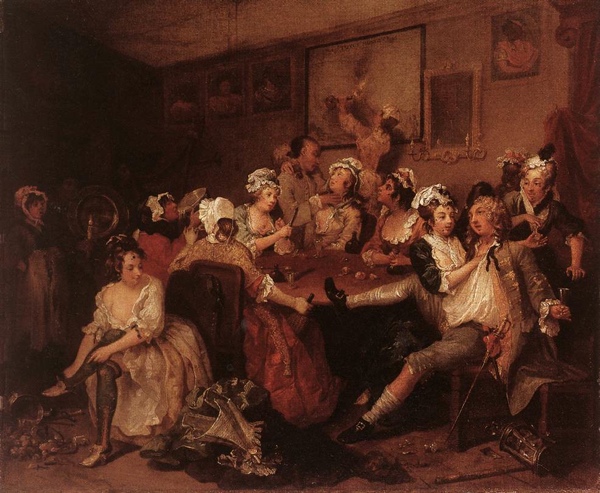 Around 1750, in Poland, a man named Jacob Frank started gaining notoriety for claiming to be the messiah of both the Jewish and Christian religions (had he chosen to be the messiah of the Muslim faith as well, he would have had to fight himself in a death match—he knew when to stop). Not only was he not declared legally insane, but he actually started accumulating a large following. 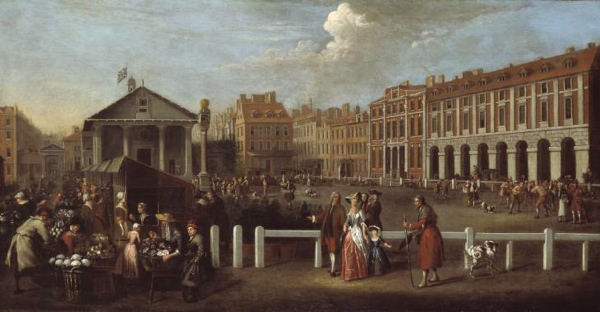 Most popular books today are reasonably well-written. That’s why they’re best-selling. But best-selling books in the 1700s were nothing like those of today. Just like the books popular today, popular eighteenth century books reflected the society’s culture. But unlike that of today, culture in eighteenth century London was chock-full of prostitutes.

Seriously, they were everywhere. Naturally, one of the most popular books of the 1700s was called “Harris’s List of Covent Garden Ladies”. For those of you not acquainted with old English innuendo, it was essentially a guide for picking out the best prostitute. Kind of like Yelp for brothels. 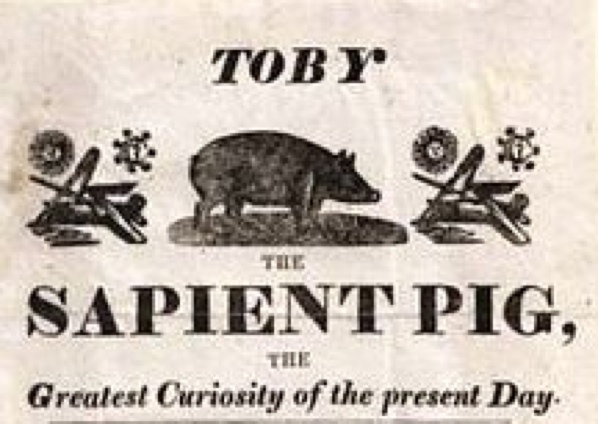 If you lived in the 1700s, London was the place to be. The city would get a number of circus attractions every year—and while some of them were the usual “bearded lady”, sometimes they got insane animals. The Learned Pig, for example, was an attraction that debuted sometime around 1760. It had been trained using classical conditioning to do math, tell the time, play cards, and even read your future. The pig was a huge success, and inspired a number of imitations—including one pig in the States that was eventually accused of witchcraft and had to go on the run. That’s not a joke. 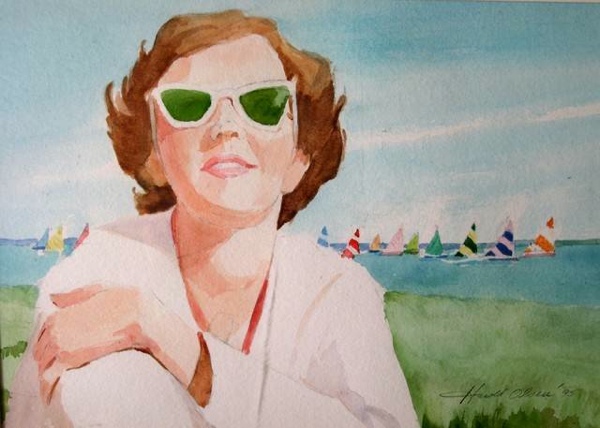 You can pretty safely assume that people hundreds of years ago didn’t exactly dress in denim and leather jackets. That fashion style is reserved purely for the world in which Mad Max exists. But one thing they did wear, oddly enough, was sunglasses. James Ayscough initially thought his invention could be used for corrective purposes, as actual glasses. But when he realized that tinting the lenses didn’t exactly fix your eyesight, he gave them out anyway. These early sunglasses were usually tinted blue or green, making them 100% cooler than the ones we have today. 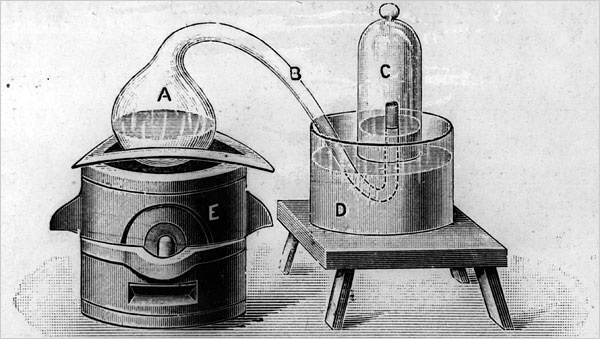 Speaking of cool things people did back in the 1800s that you wouldn’t expect, the first soda water was being handed around too. Joseph Priestly was the first person to invent soda water by mixing oxygen and water. Since he was primarily an academic chemist and a philosopher, he didn’t capitalize on it. But J.J. Schweppe—whose name you may recognize from Schweppes’ ginger ale—did exactly that. His business exploded, and people have been drinking fake bubbly ever since.

3
Amusement Parks Were a Thing 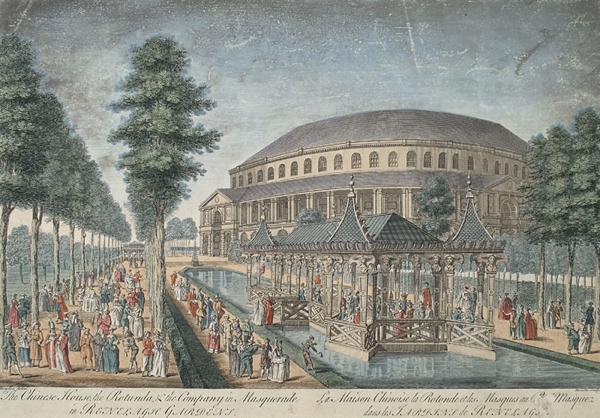 Okay, that title is technically incorrect. The eighteenth century didn’t exactly have roller coasters or bungee jumping (well, they sort of did—read on), but they did have parks set aside for entertainment purposes. Known as “Pleasure Gardens” these public parks were initially constructed for the very rich—but over time, people from every class and race started visiting them, making them some of the only places where the rich and poor could mingle without friction.

Despite sounding like the title of a bad adult film, pleasure gardens usually hosted outdoor stages for concerts and plays, as well as gazebos, shops, and zoos. And yes, some pleasure gardens in Russia even had actual roller coasters while others had the first carousels. Some pleasure gardens even lived up to their names and hosted harems for public enjoyment. How thoughtful. 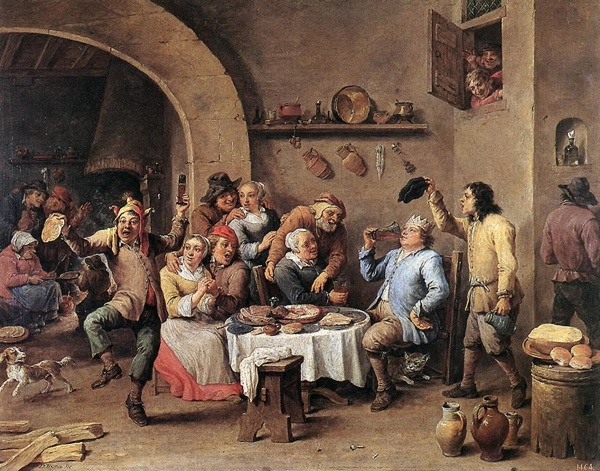 Unlike today, which sees Christmas associated with shopping and confined to a single day, eighteenth century Christmas took the

As if that wasn’t enough, when all of it was done, the party started right back up in mid-January on a holiday known as “Twelfth Night.” Some say that the twelfth night was actually a larger holiday than Christmas. Interestingly, on this holiday, people were supposed to reverse the normal order, making it a kind of glorified, government-sanctioned Opposite Day. 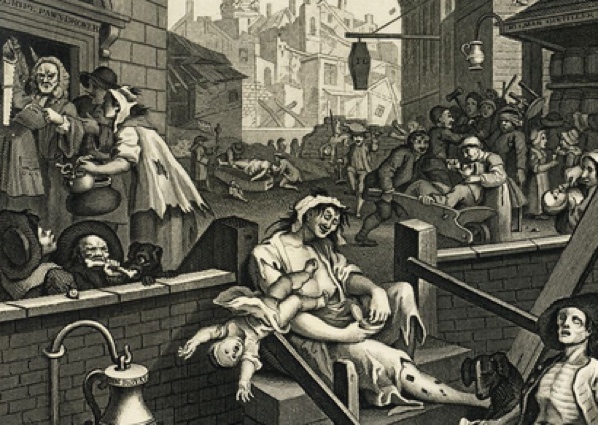 In order to curb public intoxication, eighteenth century English Parliament passed the Beerhouse Act, which allowed anyone to get their hands on a dirt-cheap alcohol license that only permitted the sale of beer, as opposed to the more dangerous spirits. This led to the rise of “beerhouses,” which often simply involved people selling beer from their front porches.

Unsurprisingly, you can’t fight an epidemic of drunkenness by making it easy for people to get drunk, so England eventually passed stricter laws.

Mohammed Shariff is a freelance writer. View more of his stuff at Cracked.com and follow him @mjsharifful.