The age in which the Ancient Greeks flourished remains an incredibly revered part of history; they’re known for laying the foundations for much of our modern knowledge of medicine, mathematics, philosophy, politics, and culture. It is understandable then, that a culture as well known as that of the Ancient Greeks would have many popular myths surrounding it—myths which are either misleading half-truths, or else completely untrue. Below are ten of the more common misconceptions people retain in regards to Greek culture. 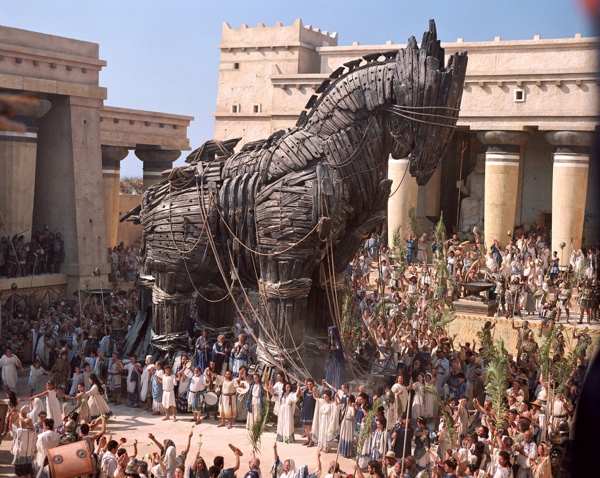 The Greeks’ war with the Trojans is still one of the most famous stories in the world; and the expression “Trojan Horse” has become well-known for meaning a sneak attack disguised as a gift. The legend of Achilles also stems from this war, and created the expression “Achilles’ heel”—but the thing is, there is no reason to believe that the Trojan War ever happened.

Historians—after much research—have found remnants of what they believe might have once been Troy, and believe that the city could have been attacked and possibly pillaged at some point—but there is no evidence to support all of the popular mythology in regards to the war story. All historians can say for certain is that there might have been a siege laid on a city of Troy.

9
The Battle of Thermopylae 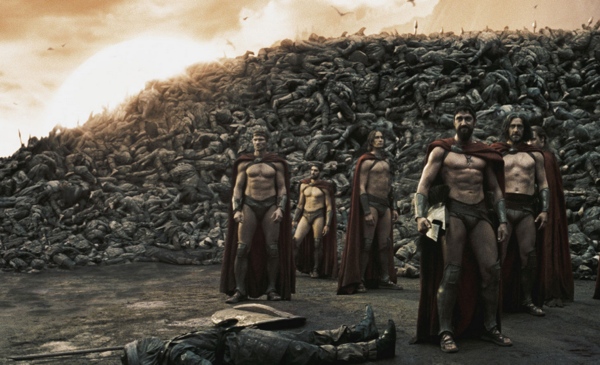 The Battle of Thermopylae has been made popular by movies such as 300—but historically, the movie is not really all that accurate. Many people believe that the Spartans defending the pass saved Greece, but that’s not exactly true.

Even though Xerxes’ men were somewhat delayed, they still managed to do great damage to Greece, and only retreated after a failed naval battle. Furthermore, the movie depicts only three hundred brave Spartans standing up to the entire Persian army, which is also inaccurate. When the battle started the Spartan force actually had seven thousand people backing them up. On the last day of the battle they were still fourteen hundred strong—three hundred of them were Spartans, sure, but there were also four hundred Thebans, seven hundred Thespians and eighty Mycenaeans.

This is not to say that the Spartans did not show bravery—just that their significance was greatly distorted.

The modern idea of a Spartan soldier is one who does absolutely nothing else but train to fight and kill people, preferably coming home either with their shield or upon it. Many people get the idea that young Spartan warriors spent all their time training and never really had any exposure to women while young, but this is not true.

Young Spartans, while engaged in their military education, still spent much time in activities around girls their age while growing up. The truth is also that Spartan warriors did not just fight and train; they also sang, danced and performed in plays. Spartan men also educated young Spartans when they got too old to fight themselves; their lives weren’t merely an endless fight until they died. 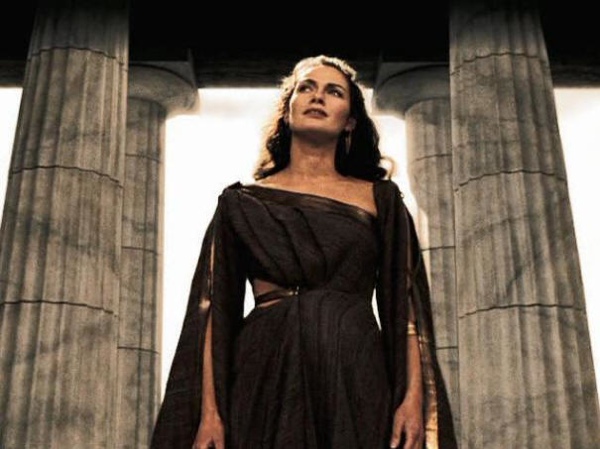 Many people think of women in the ancient world as being subservient to men, but nowhere was this less true than in Sparta. Spartan women had to do pretty much everything while the men were off fighting, and they were incredibly respected and powerful in Spartan society. Aristotle even wrote mockingly in regards to the high place women had in Spartan society, and their ability to own land.

Spartan women were expected to do most of the child raising, were encouraged to be intellectual and to learn about the arts—and in fact they owned a very large portion of the land in Sparta. It is the stuff of legend that an Athenian woman once asked a Spartan queen why Spartan women were the only women allowed to rule men. The Spartan queen responded: “Because we are the only women who give birth to men.” 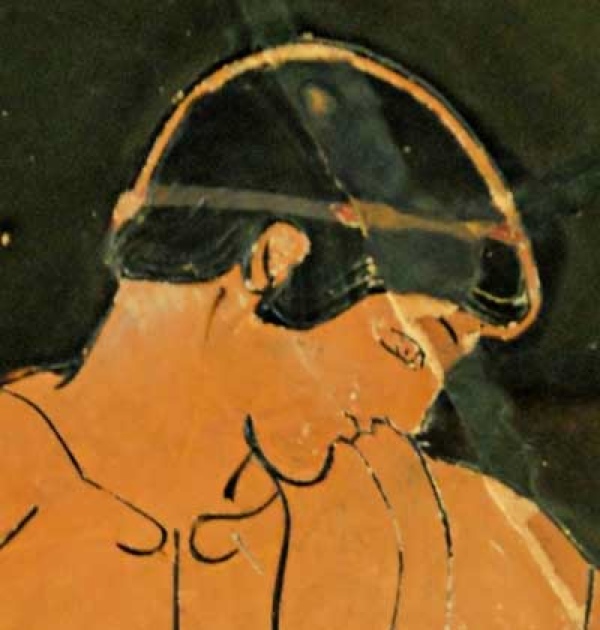 The Greeks—especially the Athenians—were well known for being “boy lovers,” or at least that’s what many seem to think. It’s become a common trope to equate pedophilia with the men of Ancient Athens. But the issue is quite a complicated one, certainly much less simple than saying that they either “did” or “didn’t” make love to young boys.

Some believe that pederasty—the relationship between an experienced man and a young one—may have been more of an intellectual mentor relationship, whereby the elder male helped a younger one find his place in society. 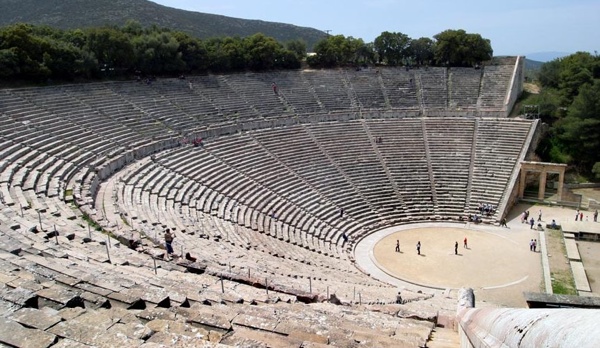 Many people have misconceptions about Ancient Greek theatre, which often entertained very large groups of people, usually during important festivals. A lot of people misunderstand what the ancient dramas were actually like. The truth is that the theatre productions in Ancient Greece were very symbolic; to understand a play, you had to have some knowledge of the symbolic significance and mythical background underlying nearly every part of the dialogue. The plays actually included audience participation—much like modern stand-up comedy—and were originally part of religious rites in honor of the Gods. 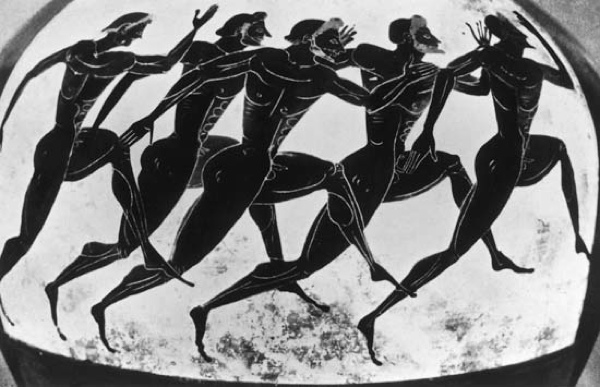 The Ancient Olympic Games were so popular that they are still held (in a slightly different form, it must be said) around the world today. But there are some common beliefs about these games which are inaccurate. For starters, many people think of them as existing only in very ancient times—but they were still played even during Roman rule for many years, until Theodosius did away with them in an effort to ensure that Christianity triumph as the religion of the Roman Empire.

Also, women were actually not allowed to watch the Olympic Games at all. The Olympians usually competed while completely nude, and would cover themselves in olive oil to improve the quality of their skin and to make themselves more visually appealing. 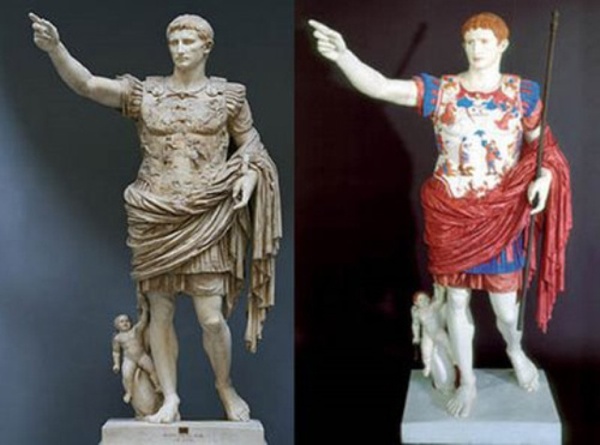 Many of the Greek statues were actually taken from Greece and put in the British Museum in the 1800s, and many of the rest have been damaged either by violence or simple wear and tear, making them hard to recognize. The common conception of Greek statues—and architecture, for that matter—is that they appeared unpainted, and that civic squares would flash in the sunlight with brilliant white marble.

But it turns out that the statues and temples are only white because the paint faded from them over time; originally, they were incredibly bright and vibrant. Many of these statues also had bronze attachments and black stone inlaid in white to make eyes stand out more. You can see a variety of other statues in what is likely to be their original form here. 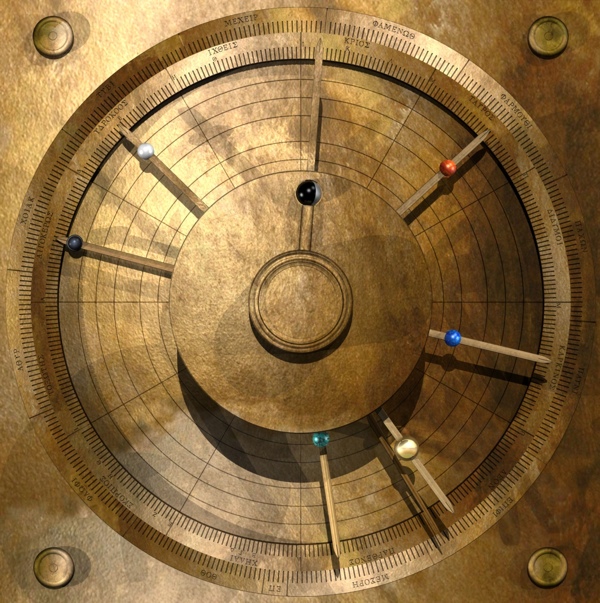 While we all know that the Ancient Greeks were skilled at art, mathematics, philosophy, and many other pursuits, many of us don’t realize how technologically advanced they were.

In the early 1900s, a diver exploring near the island of Antikthyera found several old green lumps of stone that had once been part of a mechanical device. Scientists studied the device, which they have dubbed the “Antikthyera Mechanism,” and discovered that it was capable of quite a few interesting feats.

The device could predict solar eclipses, and was capable of keeping track of the Olympiad calendar cycle. It seems to have had complicated dials and to have kept in sync with both the moon and the sun—making it the first computer. Recent findings suggest that it may have been built by Archimedes, who is well-known for being a mathematical genius. 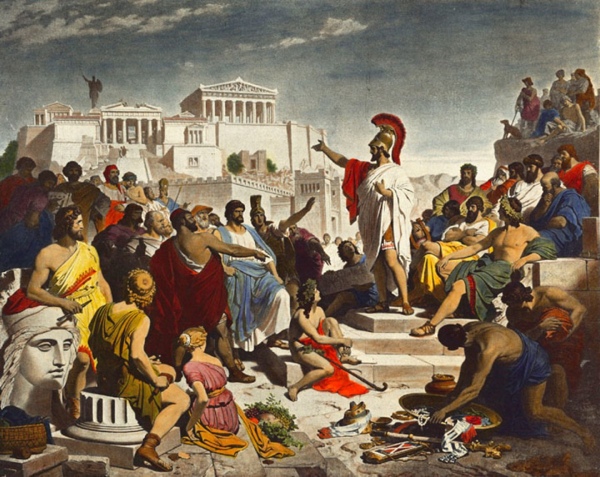 Many people have the mistaken notion that Greeks invented modern democracy, and this belief has become incredibly pervasive. But Athenian democracy was very different from any democratic institution today. It was actually one of the few examples of direct democracy in history, in which nearly all matters of policy were voted on (in theory, at least) by all Athenian citizens.

If that sounds reasonable, bear in mind that the citizenship excluded women and slaves, and that foreign-born citizens were also ineligible for the vote. Many among the poor were also unable to take the time away from work necessary to get involved. This effectively meant that only free, adult, and relatively well-off males born in Athens were able to participate—which isn’t exactly representative of the whole population’s interests. Athenian democracy did have its good points, though, especially when you consider the tyrannous political systems which existed in other parts of Greece at the time. It was an important political innovation, that those who voted did not have to be particularly rich or aristocratic to take part in the most important decision-making.