In most of the world and through much of history, the act of eating another human being for sustenance has been—to put it lightly—frowned upon. That said, it has still happened more than you’d expect. Here are ten of the most horrifying historic examples: 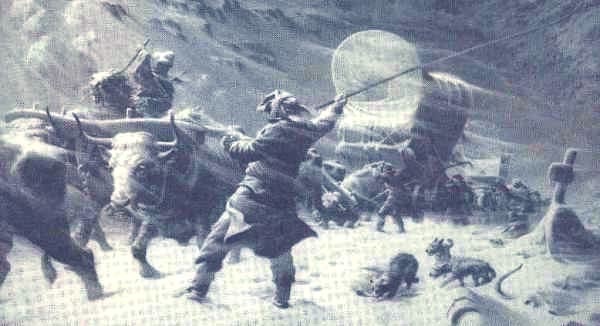 The Donner Party was a group of eighty-seven American pioneers who, during their trip across America, became trapped by snow. By the time help arrived to rescue them, only forty-eight of the original eighty-seven remained, leading to numerous questions about exactly what had happened.

It’s now commonly accepted that some members of the Donner party, driven to desperation by intense hunger, eventually resorted to consuming those who’d already died. In interviews directly following their relief, cannibalism was mentioned several times. But for some reason, these accounts were later denied—which prompted archeologists to go and dig up the tooth-marked bones of the bodies. Busted. 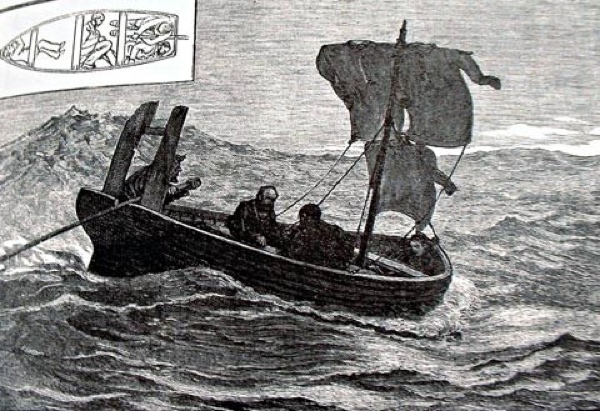 The case of Dudley and Stephens is a landmark British case from 1884, still studied today as an example of common law and the legal defense of “necessity.”

Basically, four sailors were stranded at sea without food or water. Dudley and Stephens proposed that, in order for some of them to survive, someone needed to be sacrificed for the greater good. When no one stepped forward they murdered their cabin boy (who was admittedly already in a coma) and ate him instead. When rescue arrived, the men argued that they committed the murder to stave off their hunger. The courts didn’t agree, and sentenced them to hanging. When they realized that this seemed a little harsh—since, after all, the men had merely robbed a seventeen-year-old of his life—they revised to sentence to six months in jail. 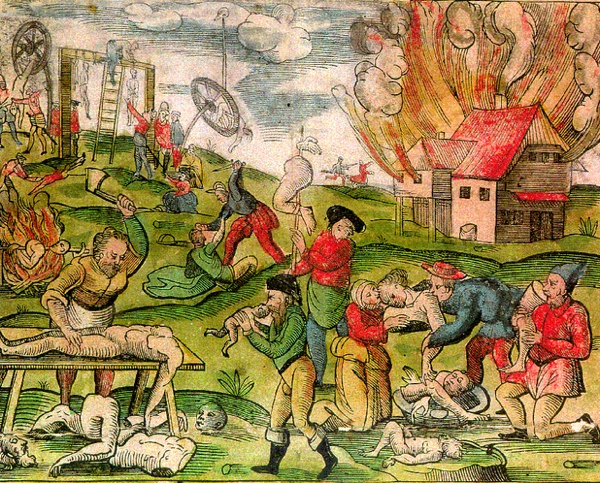 The Crusades cut across Asia like a knife made of God’s tears, and left thousands of dead in their wake. But such huge armies couldn’t fuel themselves on God’s love alone—and so when supplies began to run low, both sides thought nothing of eating the flesh of those they’d just slain.

Though the cannibalism was most likely prompted by necessity, it’s also noted that it served to demotivate the hell of out their enemy. Because how do you fight an enemy that is fueled by your comrades’ dead bodies? 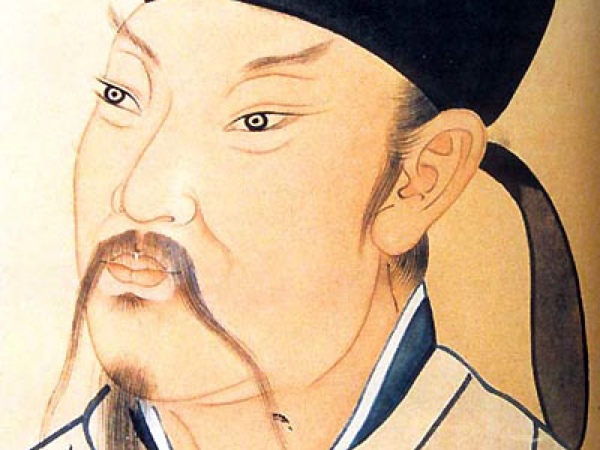 The Tang Dynasty, in Chinese history, was too expansive to cover in this list, so we’ll just focus on one aspect of it: revenge cannibalism.

Yes—“revenge cannibalism” was a real thing; annoyed townspeople would sometimes beat a corrupt official to death and eat his flesh. It also wasn’t uncommon for criminals to be punished by having their heart pulled out, purely so that an overseeing official could eat a small piece of it. 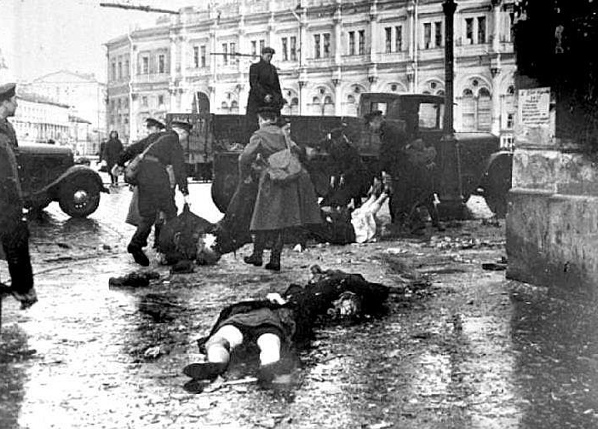 It’s safe to say that the siege of Leningrad tested the limits of human hunger. Food was so scarce that citizens would peel wallpaper from walls, in order to scrape off and eat the glue holding it in place.

With virtually no food remaining anywhere in the city, cannibalism didn’t just become an option; it became a way of life. It ran so rampant that the police had to set up a task force to combat it, and parents wouldn’t let children leave the house due to their fear that people would kill and eat them. Half-eaten bodies actually littered the streets.

5
The Japanese in WWII 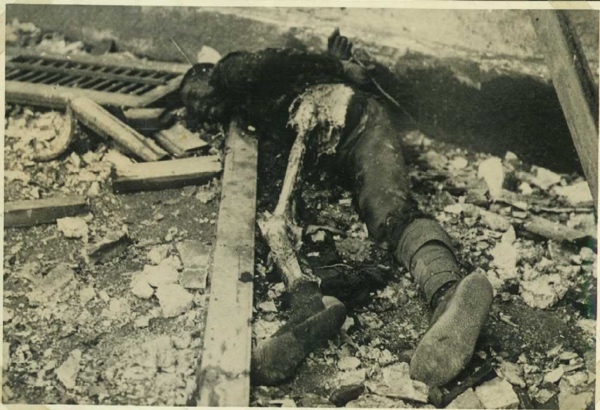 While Soviet citizens were being forced to eat their fellow men in Leningrad, Japanese soldiers the world over were doing essentially the same thing. The only difference was that they didn’t always do it merely because they were hungry.

Victims (invariably prisoners of war) were coldly killed, and their bodies then completely stripped of all consumable flesh (usually leaving only their hands and feet untouched). But this wasn’t always the case; some unlucky victims had the meat ripped from their arms and legs while they were still alive, after which they’d be thrown into pits to die. But here’s the worst part: some Japanese soldiers and officers didn’t carry out this act due to hunger-induced desperation—they did it just to make a point. The point presumably being that they were pure evil. 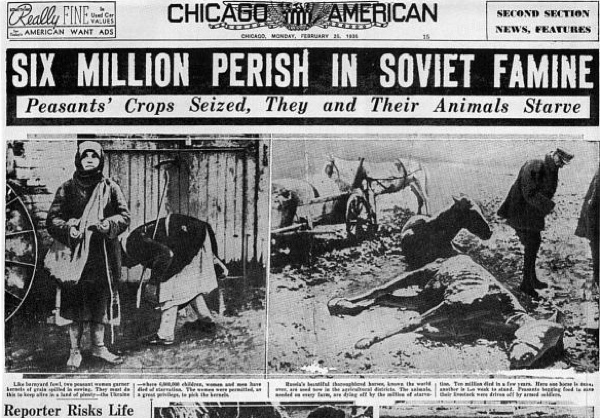 This famine is believed to have been almost entirely man-made. The year 1932 saw virtually all food produced by Ukrainian farmers being forcefully taken by the USSR, leaving millions without sustenance—the vast percentage of whom simply died of hunger.

One largely unreported fact was just how many Ukrainian citizens resorted to cannibalism. A certain story tells us of a man who murdered his wife and calmly cooked her body in a soup, while others tell of children and babies who were eaten alive by their starving families—all of which took place while the smiling, jovial face of Joseph Stalin was being beamed around the entire world. 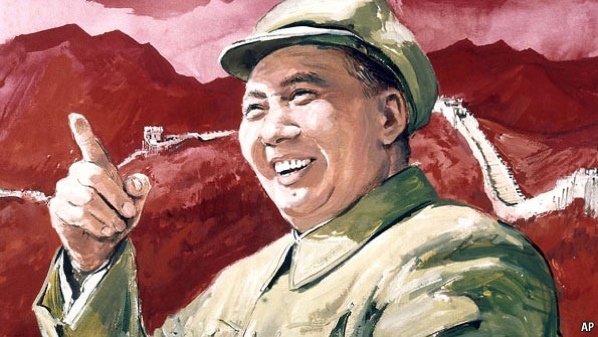 Chairman Mao’s “Great Leap Forward” pretty much screwed half of China, since it left millions of people in the country without food. Which—as you’ll know if you’ve been reading the other entries on this list—is never a good thing.

As detailed in the book Hungry Ghosts, for some people the hunger was simply too much too bear, and cannibalism became their only choice. It wasn’t long before human flesh became a market staple, and there were even stories being thrown around of parents swapping their children with other people. Why? So that they wouldn’t be burdened with the sin of eating their own child. They’d instead be condemning them to certain death, and murdering someone else’s child—which must have been much easier on their conscience. 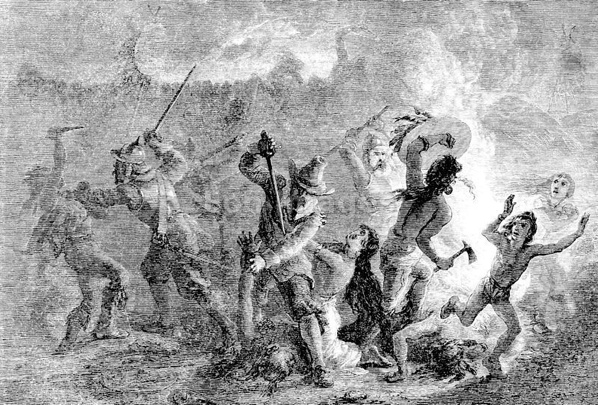 The village of St Francis, Canada, was raided in the latter half of 1759 during the French and Indian War. Though not a commonly-known detail of history, the raid should be so—simply due to the fact that Robert Rogers and his men carried out one of the most viciously brutal raids in history.

Robert Rogers and his rabid raiders are said to have ransacked the village, before scalping and killing any prisoners they took. But all that killing took its toll on the Rogers’ men, and their intense hunger caused them to feast on the raw flesh of the recently killed. After the battle, one Ranger actually commented that after what they’d done, he and his fellow rangers, “hardly deserved the name of human beings.”

1
The Siege of Ma’arra and Antioch 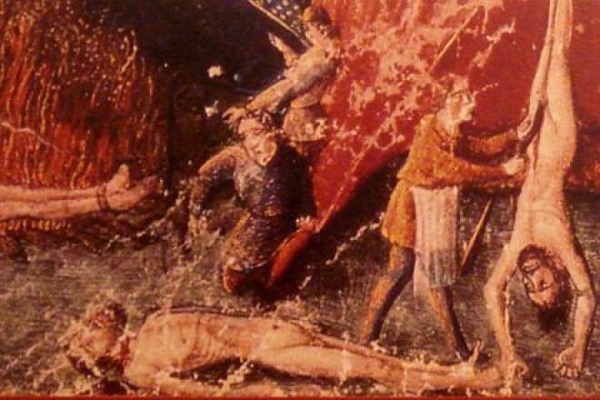 Though this list already covers the crusades, we couldn’t resist including two of the most famous sieges. You’ll see why:

Starving Christian troops, driven mad by hunger during the siege, would reportedly cut off pieces of their slain opponents’ buttocks before frying them. Sometimes, in their haste to literally eat their enemy’s ass, they would consume undercooked meat and would become violently ill. Other tales speculate that the Crusaders boiled adults alive and even roasted children on spits—because when God’s on your side, you can do anything you want without consequence, apparently.