It’s easy to forget sometimes, but nature is full of wonders. There are more than one million different species of insect on the planet—that we know of—which accounts for over half the world’s living organisms. So yeah, some of them are bound to be pretty strange. Freakily strange. So strange, in fact, that you’ll probably want to forget they exist once you find out about them. Unfortunately, this is Listverse, and strange is what we do. Here are ten insects stranger than anything science fiction could ever dream up. 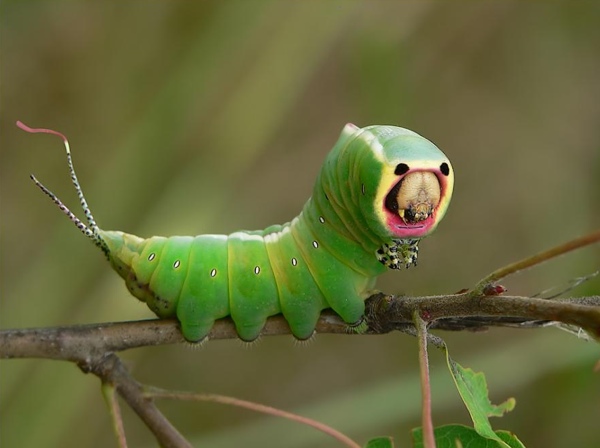 With their soft bodies and high protein content, caterpillars are usually incredibly vulnerable. To fend off predators, they often resort to scare tactics. Sometimes it’s in the form of bright, flashy colors; sometimes it’s in the form of mimicry—looking or acting like another, more dangerous insect. The Puss Moth caterpillar opts for mimicry, forming a bizarre looking “face” that resembles a vertebrate face scary enough to send most curious predators the other way.

The caterpillars are bright green and will often have a row of white spots on either side of their body. On the head is a pair of black “eye spots”—directly above a gaping “mouth” through which the true head of the caterpillar protrudes. The effect is startling, but it’s even creepier in action: if the caterpillar is touched anywhere on its body, it will instantly turn its “face” directly towards the attacker. Touch it somewhere else, and the head follows you, like a Mona Lisa from hell.

And if that doesn’t work, it can always spray out a mist of formic acid from the two horns on its back. 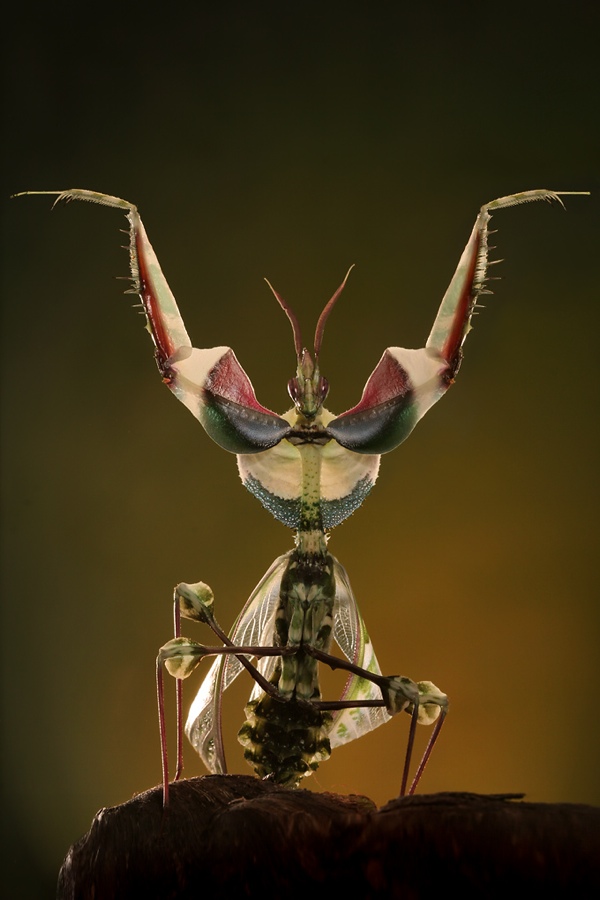 One of the largest types of praying mantis, the Devil’s Flower Mantis is also one of the strangest. And that’s saying a lot when you’re talking about praying mantids. Females of the species can measure up to 5 inches (13 cm) long, and have developed a range of natural coloring that allows them to mimic the Devil’s Flower, a type of orchid.

Mantids are predators, and their hunting style usually involves sitting motionless until their prey comes within reach, and then whipping their forearms out at lightning speed to snag flies, beetles, even, in some cases, birds. The Devil’s Flower Mantis uses color patterns that mimic a flower to actually lure its prey within reach. 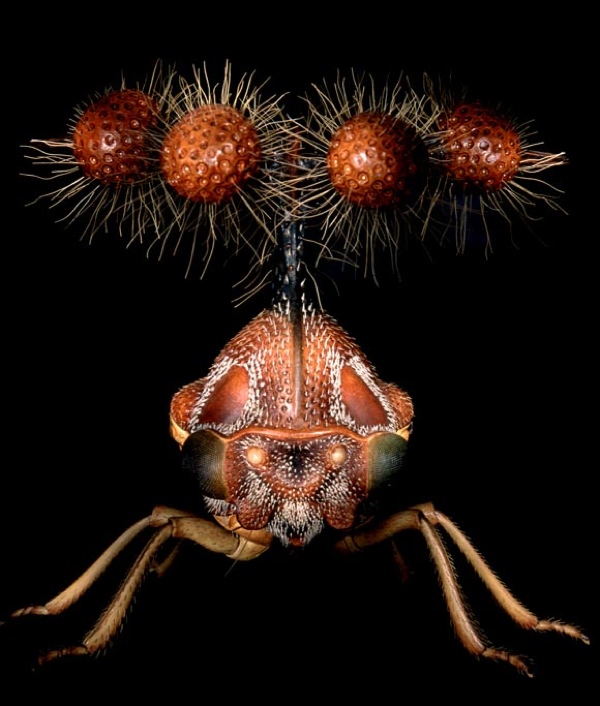 The image shown here is a model created by Alfred Keller, a German sculptor, in the 1950’s. But don’t let the fact that it’s a model fool you—the Brazilian Treehopper is definitely a real insect, and it’s barely even the strangest looking member of the treehopper family.

Similar to cicadas, treehopper insects are sort of like the Addams family of the insect world. Many of them sport some sort of odd structure on their backs, and we’re still not sure what the point of most of them are. In the case of the Brazilian Treehopper, the ball-like appendages are hollow chitin, and may be for the sole purpose of making it harder to eat. 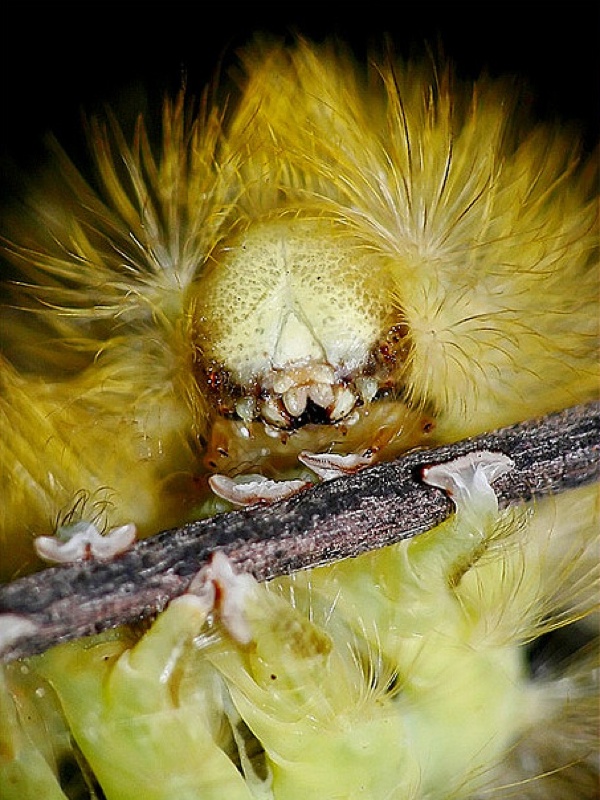 Also known as the Pale Tussock, the Dasychira Pudibunda is a moth native to Denmark. Its bright yellow caterpillars are covered in patches of spiky hair that resemble porcupine quills, and along the center of their back is another row of hair tufts, one on each segment of its body, culminating in a large black or brown spine at the rear end.

From a distance the caterpillar resembles a sponge, but up close, where you can actually see the double row of mandibles, it’s not quite so cuddly. Every now and then, Pale Tussock populations will explode, resulting in a carpet of these caterpillars covering the trees. In 1988, a wave of Pale Tussocks demolished 20 hectares of beech forest in Denmark. 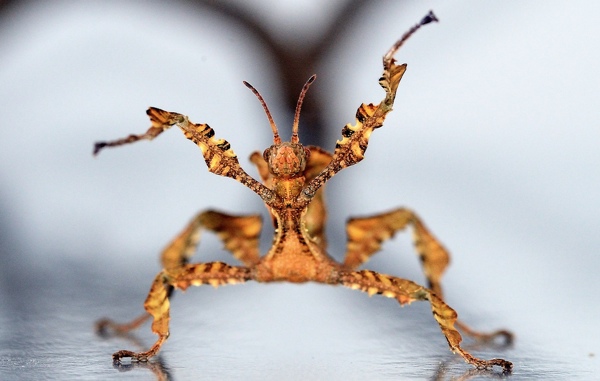 Anybody who’s ever seen Indiana Jones and the Temple of Doom should instantly recognize this monstrosity, commonly referred to as the Giant Prickly Stick Insect. As the largest known stick insect, the extatosoma tiaratum can reach lengths of 8 inches (20 cm) and is usually covered with large thorny spikes, which double as both camouflage and defensive armor.

Most of the time this insect attempts to blend in with its surroundings, but if it feels threatened it will rear up on its hind legs and spread out its front legs, like a scorpion. Interestingly enough, it also releases a chemical that is meant to scare away predators. To humans, it smells like peanut butter. 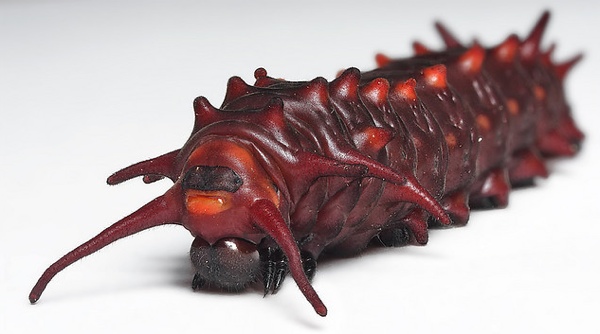 The Pipevine Swallowtail is a beautiful fluorescent blue butterfly that’s commonly found in North and Central America. Its larvae, on the other hand, is an armored congealed-blood-red caterpillar with tinted visor shades for eyes and a quadruple row of blunt horns running across its body.

The caterpillars live in groups while they are young, but over time they will wander off on their own before entering the chrysalis stage. They also change color as they grow, shifting from red to black, while their horns take on a bright orange hue. The bright colors are a warning—Pipevine Swallowtail caterpillars feed primarily on the Pipevine, a poisonous plant, and retain the toxins from the leaves in their own bodies. 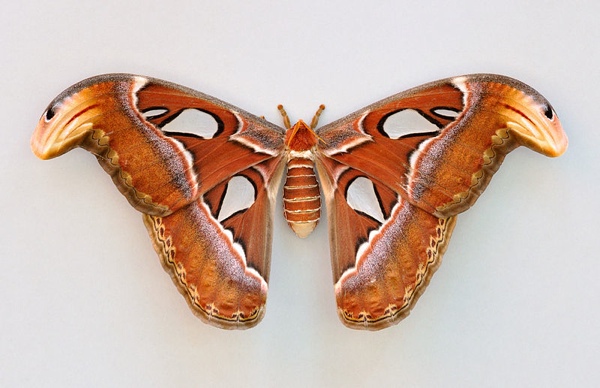 Most of the time, it’s the caterpillar of a moth species that looks the strangest, while the moth itself is drab and uninteresting. Apparently, the Atlas moth didn’t get the memo. With a 10 inch (25 cm) wingspan, Atlas moths are believed to be the largest moth species on the planet. They also have a very unique trait—the front tips of their wings almost perfectly resemble a snake head poised to strike.

Nicknamed the Cobra moth for obvious reasons, Atlas moths are found in Southeast Asia, where they’re farmed for their silk. 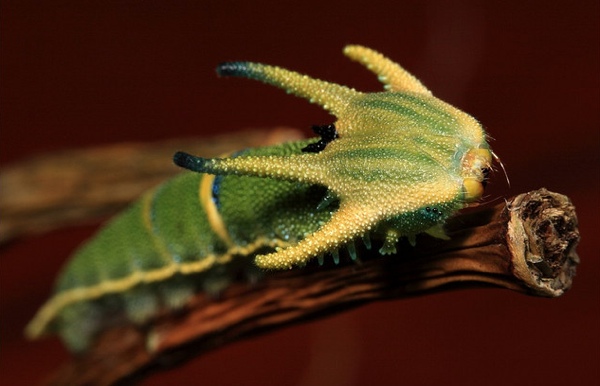 Take a trip to the east coast of Australia around March or April and you might run into one of these strange creatures. The caterpillar of the Tailed Emperor butterfly looks pretty normal—from the neck down. Its head, though, definitely secures it a spot on this list.

From a broad, armor-plated forehead extend four bizarre horns that would be more at home on a dinosaur than anything from this millenium. The butterflies lay their eggs in groups, usually on Illawarra Flame trees, and the alien caterpillars emerge sometime around late March. 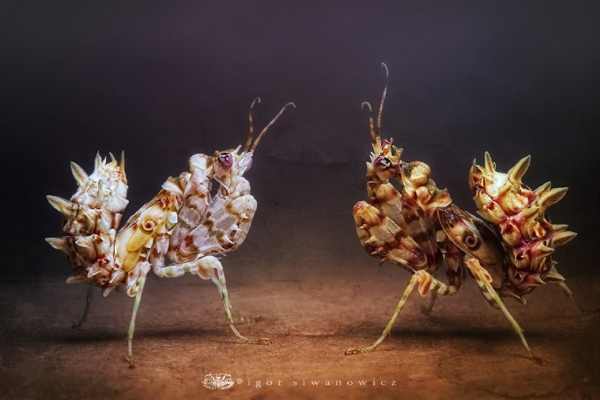 Another incredible looking mantis, the Spiny Flower Mantis (Pseudocreobotra wahlbergi) is, again, a flower mantis, pulling its bizarre ornamentation from the appearance of a flower. This mantis is very small, measuring only 1.5 inches (38 mm) and is found in select locations in Southern Africa.

And like most mantids, the Spiny Flower Mantis is a voracious cannibal, and the older they get the more likely they will be to eat other mantids that come across their path. Another interesting fact is that the female’s egg sac can be nearly three time larger than its own body. 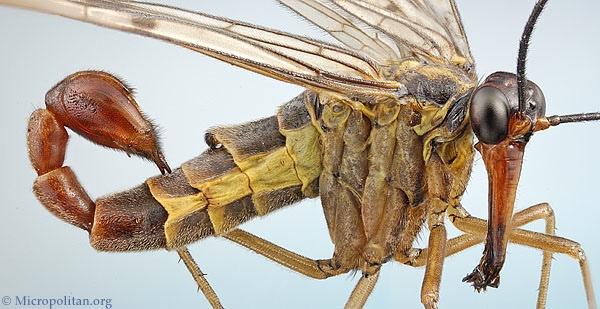 While this insect looks like the result of some bizarre genetic experiment that spliced a scorprion stinger onto a wasp, that “stinger” is actually something much more innocuous: the fly’s genitals.

Nevertheless, it makes for a bizarre looking creature. Scorpionflies, or mecoptera, can be found all over the world, and have been around since the Mesozoic age. In fact, they’re believed to have been the forerunners of most of our modern moths and butterflies, collectively grouped in the Lepidoptera order. 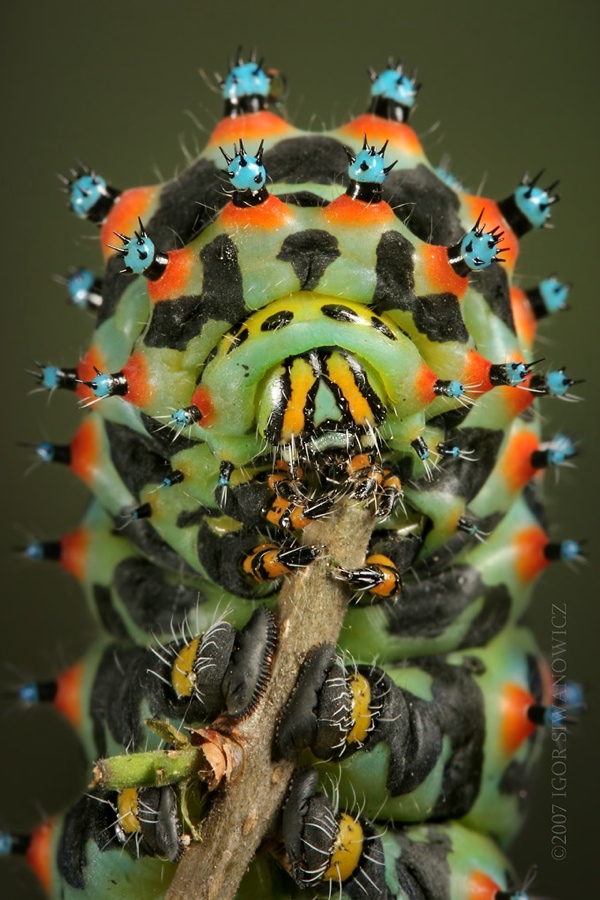 The moth is found in the Southern US, and the color pattern of the caterpillar changes based on age and environmental factors. It feeds mostly on the Mexican jumping bean, a plant found throughout Mexico, Texas, and Arizona.