Taxonomy involves the scientific mapping of the genetic family tree of all living species. Thanks to the detective work of scientists, we’re still in the process of uncovering the sometimes shocking facts about species.

In this perception-altering list, we’ll learn that our dogs are more closely related to seals than to cats; explore the humble barnacle’s surprising identity; and discover why seed-eating parrots have a tooth designed to break vertebrae: 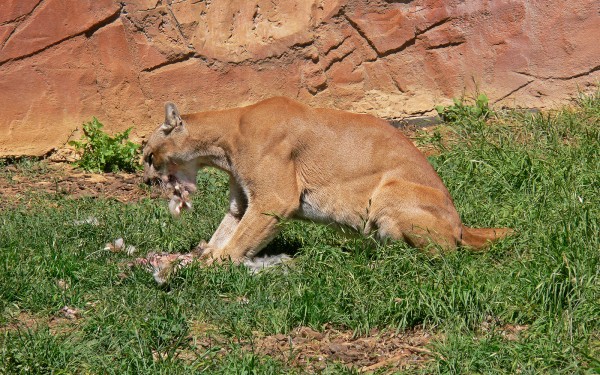 North and South America are inhabited by a massive predatory cat known as the cougar, or mountain lion. Weighing in at more than two hundred pounds, and growing to a length of more than nine feet, the cat aggressively hunts down prey as large as cattle and wild horses. But genetically . . . well, the proud predators wouldn’t like to hear this, but cougars are actually much like the small cats we keep in our homes.

Scientists have conclusively determined that the cougar is not a panther or lion at all, but a cousin to the diminutive jaguarundi. “Mountain lions” purr and meow, and their evolutionary path only recently diverged from that of their close cousin, the house cat. The cougar is therefore technically a small cat—but this is no comfort if you are ever confronted by one. Cougars are deadly hunters, and cougar-induced human deaths are frequently reported. 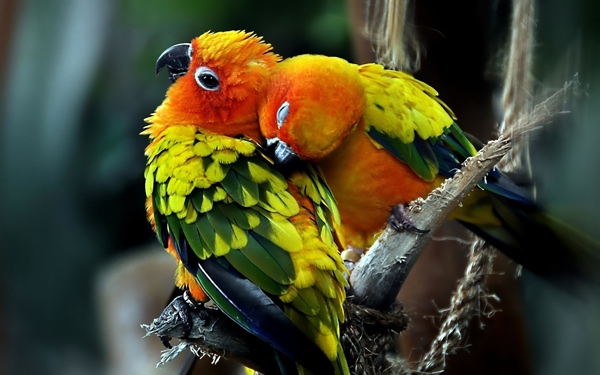 Despite their bright colors, their ability to “talk”, and their friendly personalities, it turns out that parrots are cousins of fearsome falcons, the most deadly hunters of all living birds. Although the idea that parrots and falcons are related is rather mind-boggling to some, the resemblance is easier to digest when you strip the gaudy plumage from the equation.

Falcons possess a razor-sharp indentation in their bill called the tomial tooth, which is designed to sever the spinal cord of other birds. Hawks and eagles lack this tooth, and are forced to rip their prey to death—sometimes taking several minutes to kill it. Incredibly, examination of certain parrots—including the famous lovebirds—reveal that they too possess a tomial tooth, which lends physical as well as genetic evidence to their link with falcons. 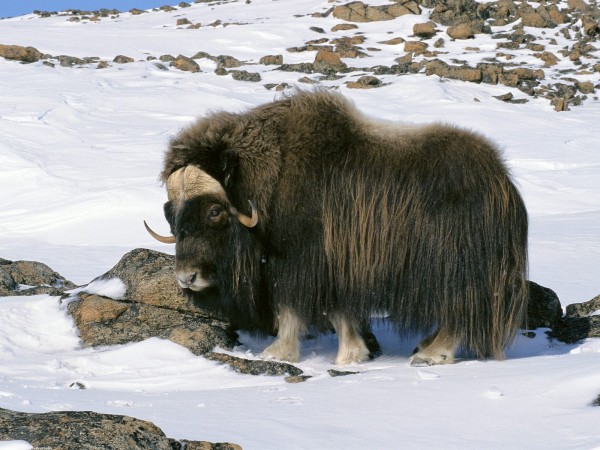 The muskox is an enormous, living fossil, which roams the remote tundra landscapes of Greenland, Scandinavia, Canada, and Russia. The Far North’s answer to the bison, the muskox is one of the only living remnants from the Pleistocene Epoch, having once walked side-by-side with mammoths. Weighing up to one thousand pounds, the shaggy beast stands five feet tall at the shoulder, and possesses a massive horn helmet.

As much as this creature resembles its namesake, the ox, it is actually a member of the group of ungulates known as goat antelopes, making it a close relative of domestic sheep and mountain goats. A careful analysis of DNA and body structures gives credence to this counterintuitive relationship—another bizarre fact of taxonomical relationships and convergent evolution. 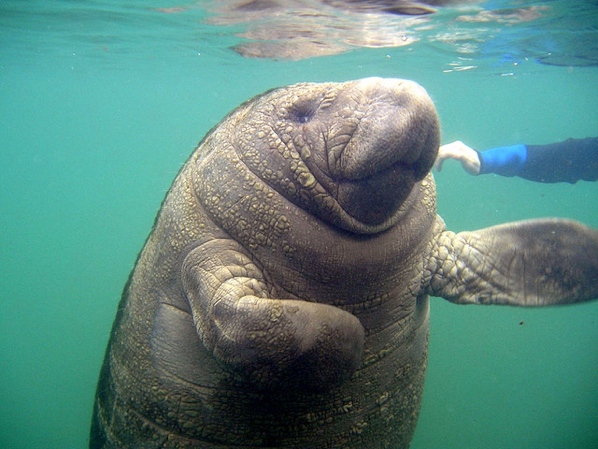 The manatee, a massive marine mammal which looks a little bit like a walrus, is native to the warm waters off equatorial coastlines. Rather than being relatives of the cetaceans or seals, like we might expect, manatees have been found to be the some of the closest living relatives of elephants.

Their astounding genetic similarity to elephants is shared with only one other family, the elephant shrews. These aptly-named creatures are just six inches tall, but they actually do resemble the elephants for which they were named. Researchers were astounded when they discovered the strange, long tailed creatures were actually close relatives of the real thing. 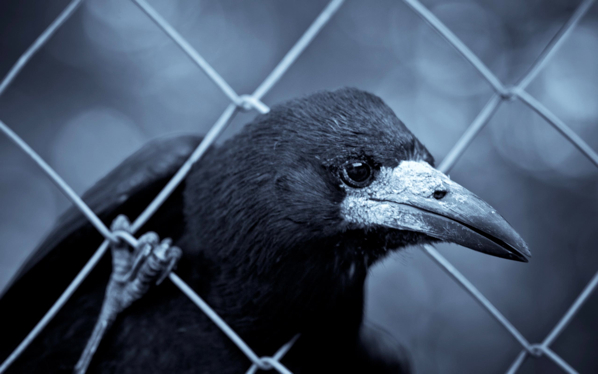 The raven is a huge, unnerving, and extremely intelligent bird, which can outperform eagles in the air and, on occasion, kill mammals as large as young sheep. Though they can be found almost worldwide, few people give much thought as to where they might fit into the evolutionary tree.

The answer may astound the amateur bird lover: rather than being allied with hawks or the vultures, ravens are actually the world’s largest member of the Sparrow order, Passeriformes. Though they have a wingspan of more than five feet, and an apparently hoarse voice, ravens actually have extremely well-developed vocal structures and can form a variety of surprisingly beautiful, high pitched notes. These “super songbirds” are also capable of extreme aerobatic maneuvers, and are one of the three most intelligent birds worldwide. It’s suspected that they’ve learned how to lead wolves to their prey, so that they can scavenge the kill later on. 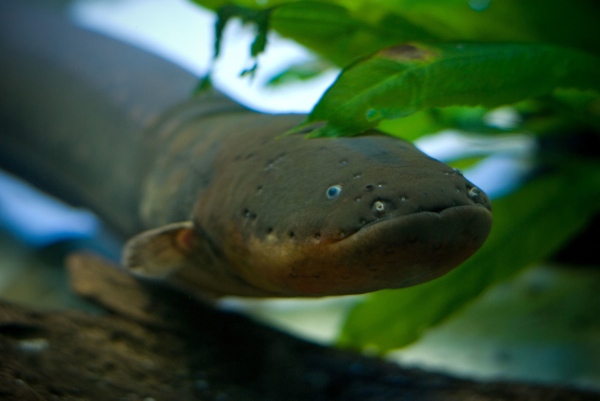 The electric eel is a seven-foot-long monster fish, native to South America’s Amazon region. Weighing up to sixty pounds, it has a snake-like form—and is certainly no less deadly than the largest constrictor snake. But what many don’t know is that the electric “eel” is not an eel at all, but rather an extremely aberrant knife fish.

Along with several other species, they separately developed the eel-like form due to the hunting advantage provided by the stealthy body shape. The electric eel is closely related to the equally creepy catfish, and most shockingly, to the goldfish we keep as pets. Though other knife fish might produce a measly charge which can be measured in millivolts, the eel impersonator is capable of producing an amazing five hundred volts. 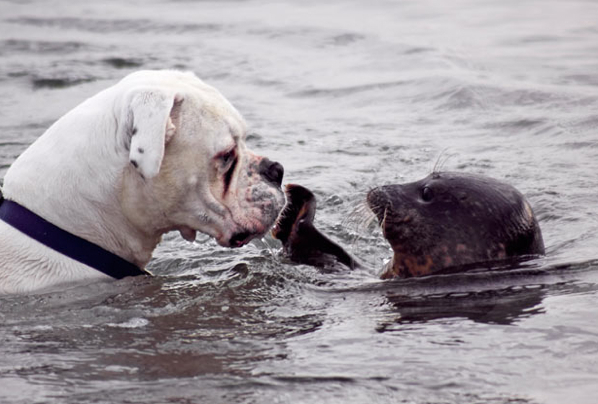 Everybody mentions “dogs and cats” in the same breath, and in many ways consider them somewhat similar—but it doesn’t often occur to us to say “dogs and seals.” Cats and dogs may share our homes, but the genuine similarities end there; they’re about as far apart as camels and horses.

The dog’s true cousin is not the cat, but its counterpart in the ocean: the pinniped. Seals (and bears, interestingly enough) are members of the suborder caniformia, which is comprised of dog-like carnivores, including dogs themselves. Cats fall into an entirely different suborder. Some researchers have even suggested that sea lions are to dogs what mermaids would be to humans, if they did in fact exist… 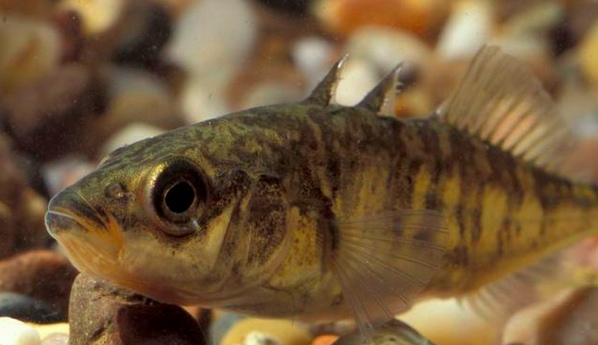 The three-spined stickleback is the tiny but aggressive “tiddler” often caught by young fisherman. Sticklebacks are among the most ancient of fish, with strange characteristics and a very surprising taxonomic relationship.

Though it resembles minnow, the stickleback is actually a relative of the seahorse, with many physical similarities hidden behind the plates of armor and the three razor-sharp spines. They have tiny fins which allow them to hover like a seahorse, and they also possess the same tubular mouth. What’s more, male sticklebacks take responsibility for guarding their young—just like male sea horses. 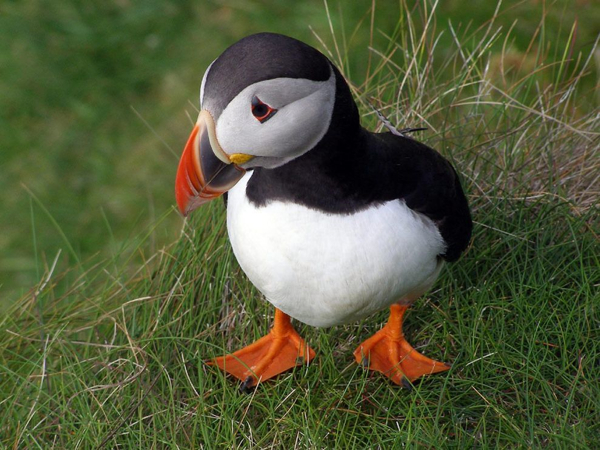 When we see a beautiful puffin—also known as a “sea parrot”—with its bill full of fish, one of the last things we’d imagine is a seagull. But puffins are in fact part of the order charadriiformes, and they’re the closest living relatives to the gulls, terns and curlews. Charadriiformes are the “gull-like seabirds,” and the order includes some of the most proficient hunters in the world.

Puffins have denser bones than gulls, allowing them to descend hundreds of feet through the water to capture deep sea fish, rather than being forced to feed at the surface.  Surface-feeding gulls often rob their cousins, and great black-backed gulls even go so far as to hunt them. 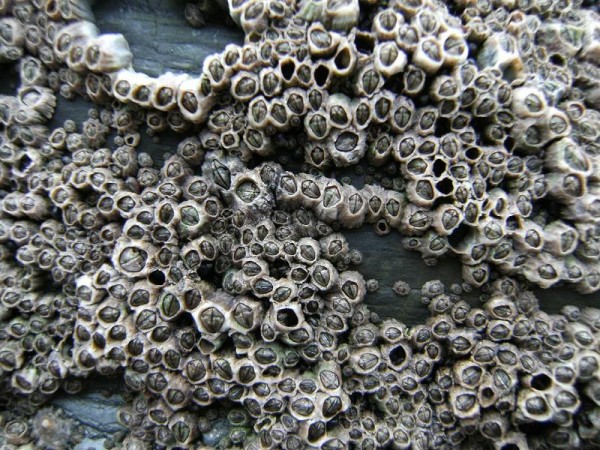 The humble barnacle—the bane of beach-walkers, boaters, and whales from time immemorial—would seem at first sight to be merely an especially annoying shellfish. So it may come as a shock to find out that this strange shelled animal actually shares no kinship whatsoever to oysters, clams, or mussels.

It turns out that the barnacle is a close relative of crabs, lobsters, and prawns. It begins its life as a planktonic larva which resembles a shrimp. After a period of free swimming, the barnacle settles down on a solid object—sometimes even a large mammal, such as a whale—and proceeds to surround itself with a carefully constructed cone of calcium carbonate. It feeds by extending its feelers through an opening in the cone, grabbing passing plankton to consume. In a gruesome twist, some of this plankton includes barnacle larvae—though the degree to which this unsettles the barnacle is yet to be discovered.

Alexandre Thompson is an extreme wildlife researcher and freelance writer with a passion for the mysterious and bizarre elements of nature.