Except for scientists who experiment on lab rats, many people scream at the sight of these creatures or try to kill them. The blanket perception is that rats are useless vermin. However, the truth is more unusual.

These highly intelligent mammals have jobs in the military and medical sectors. They rescue their fellow rats and communicate over the Internet. They even regret things and teach their kids about dangers. In the end, they may survive Armageddon and dominate the world. 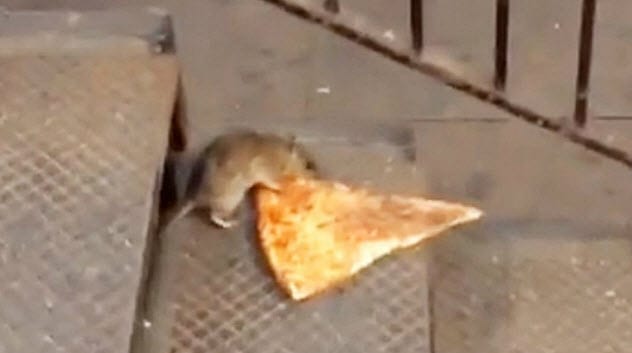 During a 2018 study, four cities were chosen and 150 rats were captured from each. They came from Vancouver, New York, New Orleans, and Salvador, a city in Brazil. Each rat’s tissue sample was analyzed for 15,000 genetic markers.

The results confirmed a theory from the previous year when it became clear that a commercial district in Manhattan divided most of New York’s rats. The suspicion that the separation created two genetically distinct groups was proved when the 2018 study confirmed “uptown” and “downtown” rats.[1]

The three other cities also showed DNA divides. In New Orleans, rats from the French Quarter and the Lower Ninth Ward were genetically distinct. They were separated by a canal. A valley split Salvador rats into a northern and a southern group. A Vancouver pocket was isolated by highways.

The report also found that rats from smaller areas preferred their own. Especially in New York and New Orleans, rats with related DNA were more apparent within 460 meters (1,500 ft) of one another. 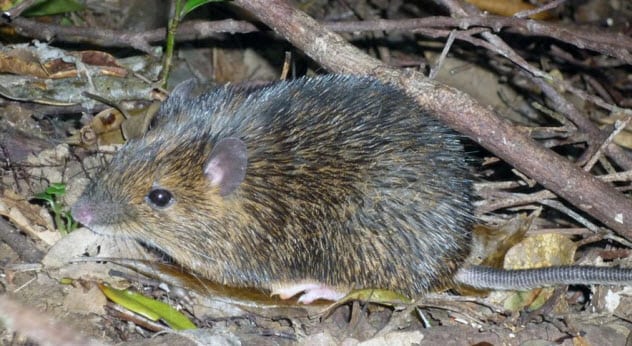 In mammals, gender is determined by the X and Y chromosomes. Offspring inherit one from each parent. An XX combination creates a female, and XY is needed for a male.

However, Japan’s Amami spiny rat is the exception. The species has no Y, and yet some are born as fully functional males. Even more odd, both genders only have a single X chromosome.[2]

A 2017 study took stem cells from a female rat’s tail and injected them into mouse embryos. Female mice carried these to term, and the pups revealed an interesting clue. The spiny rat’s stem cells had adapted to both ovaries and testes. The latter was a world first.

In the past, sperm could not be grown from female stem cells due to a lack of the male Y chromosome. However, spiny cells proved exceptionally flexible and sensed when they were in ovaries or testes.

Researchers also found that the male rats kept their other male sex genes. When the Y was mysteriously erased, these jumped to other parts of the genome and the remaining X. 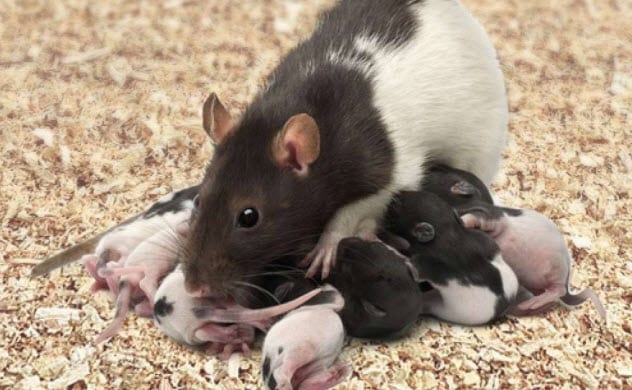 A 2014 experiment showed that rats taught their offspring about danger. Scientists first conditioned adult females to dread the scent of peppermint. Every time the aroma was released into the rat’s enclosure, she received a mild electric shock.

The herb-fearing rats later became mothers, which initiated the second phase of the experiment. No more shocks were involved. But when the peppermint smell came, the adults stressed and their bodies released a certain smell.

The pups noticed both smells and their moms freaking out. Soon, they learned to fear peppermint, too, even though they were never shocked. They were simply taught by their mother’s behavior that this change in their environment was a danger.[3]

They understood this lesson within a few days. Soon, the pups even feared peppermint without their mother’s presence. This infant perception of danger could be one of the things that make rats such a successful species. 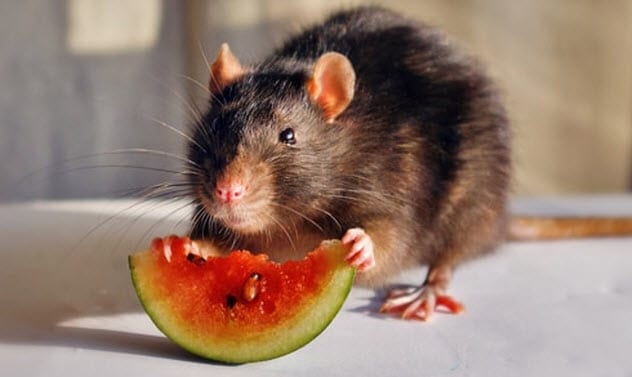 In 2014, researchers built a restaurant for rodents. This was to test if rats could feel regret. The “restaurant” was a circular enclosure with rooms. Each chamber dispensed food after a certain waiting period. The rats were trained to gauge the different waiting times from chimes.

Some rats were willing to wait an hour for their favorite dish. Less patient individuals decided on a shorter time and grabbed the next-best meal. Since they could not reverse their decisions, this left some room for regret.

Researchers found that rats which chose the worse deal often glanced back at the room they skipped (holding their favorite snack and longer waiting time). At that moment, brain scans revealed a curious thing.

As the animals looked back, their brains showed what researchers analyzed as “a representation of entering that restaurant—not of the food they missed.” This was the first evidence that animals other than humans could regret a choice.[4]

A Day in the Life of a HeroRAT-in-Training

In Mozambique, being an African giant pouched rat can get you special training. These cat-sized critters can solve one of the country’s deadliest problems—land mines. When a young rat is interested in this career path, it enters a Belgian organization called Apopo. There, it receives nine months of training with lots of yummy food rewards until it can detect the scent of explosives.

Once ready, they go out into the field with mine-removal experts. When a pouched rat smells a mine, it scratches at the ground. This alerts its handler, who is at a safe distance.

The rats are in no danger—they are simply too light to trigger the mines. Additionally, they are so good at their jobs that they can clear an area in just 30 minutes. It would take experts three days to sweep the same place with metal detectors.[5]

Mozambique was rigged with thousands of land mines during its 16-year civil war. Although the conflict ended in 1992, the explosives continued to injure and kill people. Thanks to a small army of rats, Mozambique will be land mine free.

5 They Could Rule The World 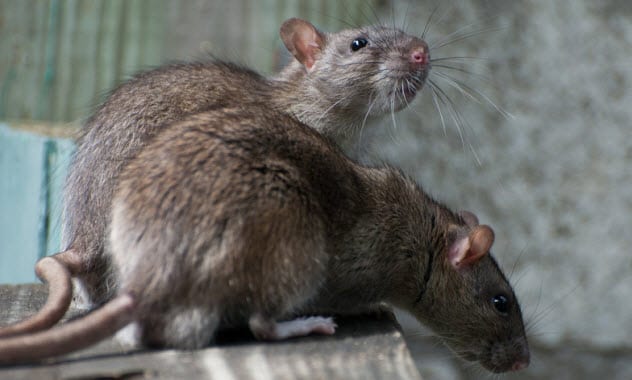 In the past, Earth experienced at least five mass extinctions. Most recently, the dinosaurs perished around 65 million years ago. This event allowed tiny mammals to take over the world.

In 2014, scientists held a thought experiment. They reviewed geological records, past extinctions, which species thrived, and how. The idea was to see which animals would likely survive the next great extinction and take over the world.[6]

Drawing on the past, some clever calculations, and present species with Armageddon-resistant skills, the researchers identified the winner. Rats, sure, but no ordinary ones.

Mass extinctions have a way of beefing up the tiny underdog. Should rats emerge victorious after a global disaster, they could become massive in the absence of predators. Cats and pigs were also candidates, but the rodents had a proven history of surviving most environments and eradication programs. Humans did not make the cut. 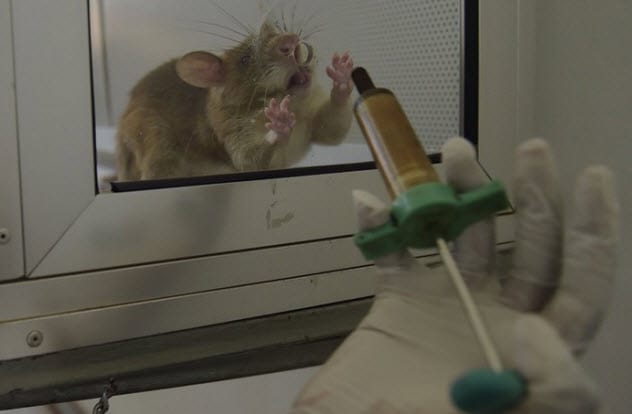 In 2016, tuberculosis (TB) killed 1.3 million people, including 130,000 children. TB is difficult to treat, but kids face an additional hazard. They cannot produce enough mucus and saliva to provide a proper sample. As a result, a child with TB has a 60–70 percent chance of testing negative. So, it appears as if the youngster does not have the disease when he actually does.

Doctors in Mozambique and Tanzania heard that other lung diseases often had distinctive smells, and this gave them an idea. Tuberculosis produces certain compounds which were used to train rats.[7]

Traveling on motorbikes, the doctors collected samples from patients at local clinics. The rodents, African giant pouched rats, sniffed the samples to see how many they could identify as TB.

Normal tests on the same samples detected the disease in kids, but the rats found a large additional number that the doctors missed. The rate of positive identification jumped by nearly 40 percent. Although the animals’ accuracy dropped with adults, they still found more real TB cases than the usual tests. 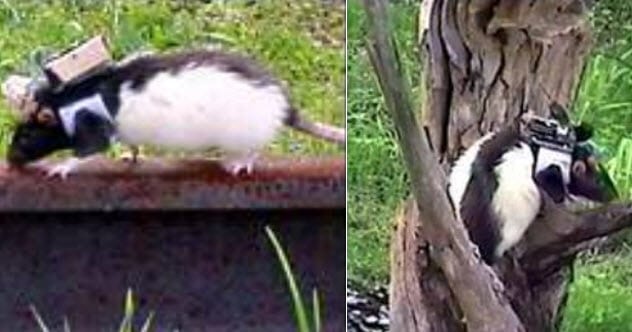 Past studies have produced some impressive roborats. One study involved hooking up animals to a processor, and afterward, some could control a robotic arm with their thoughts.

In 2002, that experiment led to another unusual mix of computer and rodent—electrodes inside brains that steered remote-controlled rats. The animals received training in a weird way.

The electrodes rewarded them with pleasure. Within 10 sessions, they learned to follow directions. Researchers guided rats up ladders and trees and into dangerous areas—all by typing on a laptop. The animals performed correctly for up to an hour.

However, bioethics experts are not happy with the invasive implants and electronic control of another being’s will. Since the project was funded by DARPA, the US military’s research branch, some fear that this is the beginning of the militarization of nature. The researchers involved said that the roborats were created with search and rescue in mind.[8] 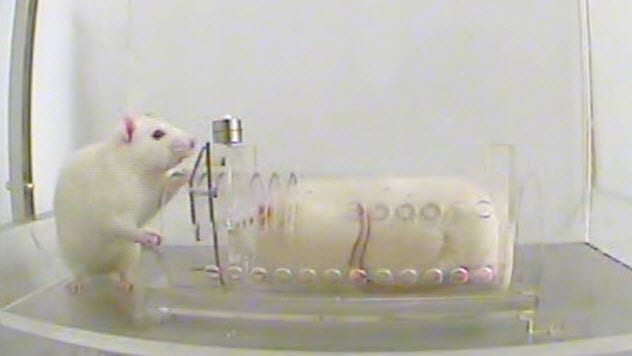 Rats react to the emotions of other rodents. This is called emotional contagion. It is the same thing that sets off a group of small kids. One cries and the rest might start bawling, although they do not know why. Similarly, rats displayed pain or fear behavior when they sensed it in others.

In 2011, researchers wanted to see if rats had empathy. Emotional contagion could be viewed as a natural reaction, hinged on instinct, but empathy requires a more intelligent approach. The rat must recognize distress in another and then put aside its own fear to provide assistance.

To start with, pairs of rats were kept together for two weeks. This allowed them to bond. Eventually, one was locked inside a small transparent tube. At first, the free rat was cautious about the new development.

Before long, they repeatedly freed their trapped friends. (The tube could only be opened from the outside.) They ignored canisters that were empty or contained stuffed rats. When presented with containers holding tasty snacks and trapped rats, the free rats opened both types of containers and shared their snacks with their formerly trapped friends.[9]

1 They Use The Internet 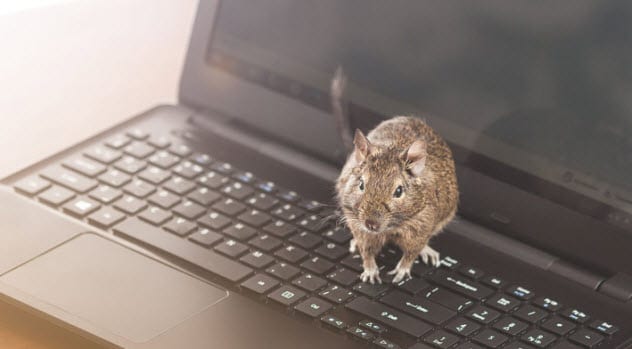 There are two rats that shared information over the Internet. One rodent lived in North Carolina and the other in Brazil. Scientists attached devices called brain-to-brain interfaces to the pair of rats, which allowed them to work together with the Internet as their link.

This achievement is remarkable. Although separated by thousands of miles, the rats shared sensory information and taught each other tricks. If one performed badly at a task, its partner appeared to change its behavior to help the other one succeed.

The rats received each other’s brain signals via tiny electrodes inside their skulls that changed neurological signals into an electronic version. In this manner, brain activity was swapped with a high level of success. They even collaborated on more complex tasks, proving that a direct, sophisticated link between brains was possible.

Near the end of the experiment in 2013, several rats on different continents were linked via the Internet. Despite transmission delays and noise, their brain activity still communicated with each other.[10]

Read more fascinating facts and stories about rats on Top 10 Fascinating Facts About Rats and 10 People Who Allegedly Found Rats Where They Didn’t Belong.