Civil wars are merely an indication that even people who are closely related by ethnicity, culture, history, and geography, can have deep and divisive differences. Civil war has also been connected with genocide in many instances, and for many people, it is considered the most shameful kind of war, even though according to the great François Fénelon, “All wars are civil wars, because all men are brothers.” 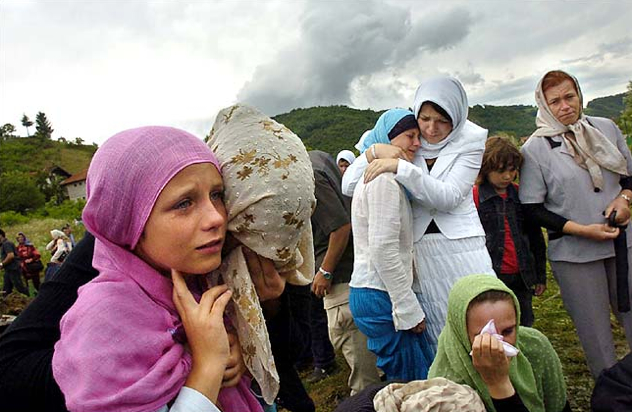 The Bosnian War was a brutal, complex, and ugly conflict that followed the fall of communism in Europe.

In 1991, Bosnia and Herzegovina joined several republics of the former Yugoslavia and declared independence, which triggered a civil war that lasted for four years. Bosnia’s population was a multicultural mix of Muslim Bosniaks, Orthodox Serbs, and Catholic Croats. The Bosnian Serbs, well-armed and backed by neighboring Serbia, laid siege to the city of Sarajevo in early April, 1992. They targeted mainly the Muslim population, but killed many other Bosnian Serbs and Croats with rocket, mortar, and sniper attacks that went on for nearly three and a half years.

As shells fell on the Bosnian capital, nationalist Croat and Serb forces carried out brutal “ethnic cleansing” attacks throughout the countryside. Finally, in 1995, UN air strikes and United Nations sanctions helped bring all parties to a peace agreement. Estimates of the war’s fatalities vary widely, ranging from 90,000 to 300,000. 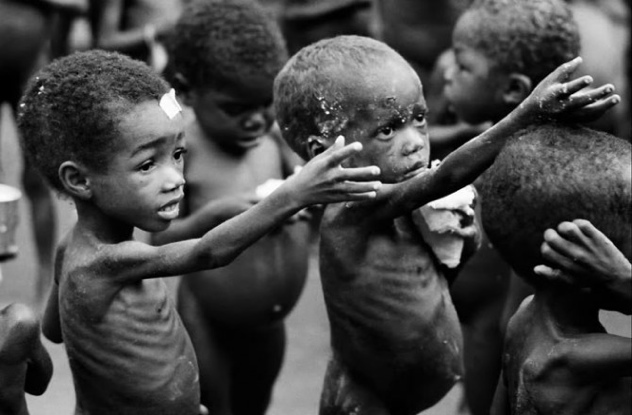 The Nigerian Civil War, also known as Nigerian-Biafran War, was the result of economic, ethnic, cultural, and religious tensions among the various peoples of Nigeria. Like many other African nations, Nigeria was an artificial construct of imperialism—in this case created by the British, who had neglected to consider religious, linguistic, and ethnic differences when they drew up the borders of the new country.

The civil war began on July 6, 1967, when Nigerian Federal troops advanced in two columns into Biafra. Nigeria, which won independence from Britain in 1960, had at that time a population of sixty million people consisting of nearly three hundred different ethnic and cultural groups. The war cost Nigeria a great deal in terms of lives, money, and its standing in the world. It has been estimated that up to three million people may have died due to the conflict—mostly from hunger and disease. It was one of the bloodiest civil wars of the last few decades. 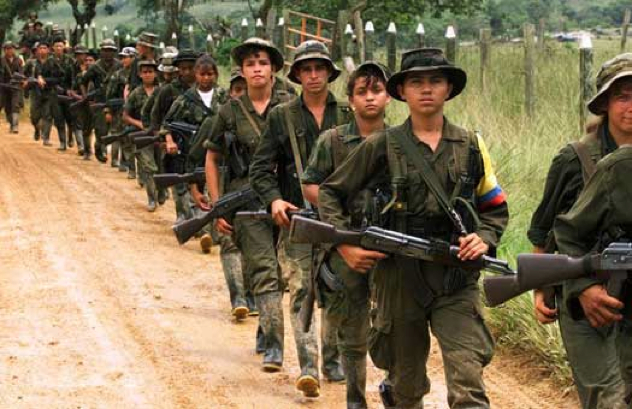 The War of a Thousand Days was a Colombian civil war between the Conservative Party, the Liberal Party and its radical factions that resulted over 100,000 deaths, extensive property damage, and national economic ruin.

The Liberal Party represented coffee plantation owners and rich merchants who favored a laissez-faire economic policy. Largely excluded from participation in government after the Conservative victory of 1885, they were further distressed by the drastic downturn in the international price of coffee; by 1899, many coffee growers were operating at a loss.

During the next three years, disorganized but highly disruptive guerrilla-style warfare raged in the rural areas, with great destruction of property and loss of life. Unable to pacify the countryside by force, the Conservatives finally offered amnesty and political reform in 1902. By November of the same year, the two most important Liberal leaders, Rafael Uribe and Benjamín Herrera, surrendered after negotiating peace treaties which promised amnesty, free elections, and political reform. 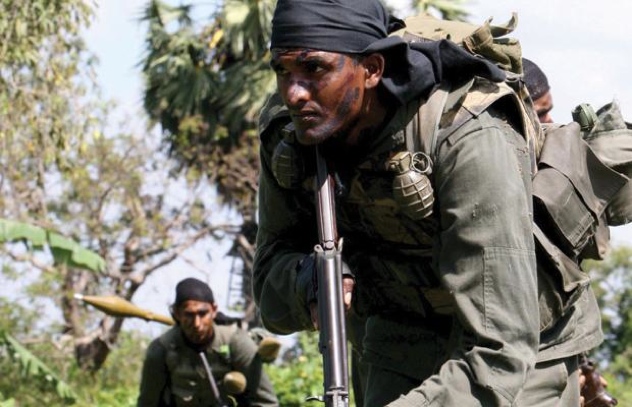 In April 2011, the UN released a report on human rights violations during the last phase of the twenty-six-year-long Sri Lankan Civil War, in which over 100,000 people lost their lives. The war was fought between the brutally effective Liberation Tigers of Tamil Eelam and the local government, and it is estimated that at least 40,000 civilians died in the five months before the war’s end in May 2009, when the Tigers surrendered.

Most locals greeted the end of the civil war in 2009 with jubilation—but although the fighting has stopped, the restoration of the rule of law and the proper investigation of rights abuses and alleged war crimes by both sides has not yet occurred. On February 12, 2013, the UN Human Rights High Commissioner Navi Pillay stated that Sri Lanka has broken its promise to improve human rights, and has failed to investigate wartime atrocities 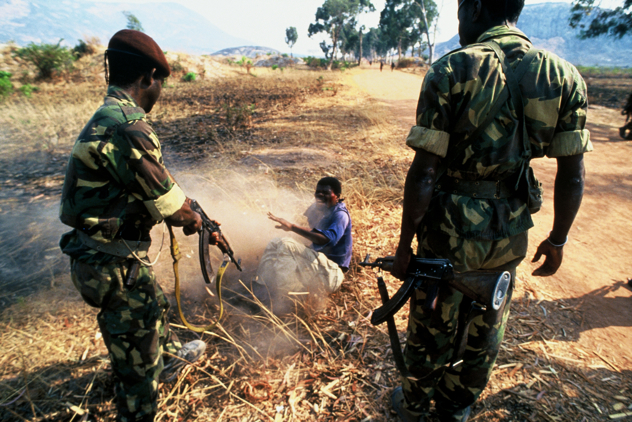 The people of Angola fought bravely against occupation and tyranny to gain their independence from imperialist rulers. Unfortunately, right after Angola became a free nation, the local authorities and political wings lusted after power over the newly formed country. Civil war seemed to be inevitable.

The chief cause of this war, in the end, was a power struggle between the popular Movement for the Liberation of Angola (MPLA), and the National Union for Total Independence of Angola (UNITA). It was one of the bloodiest and most prolonged civil wars of modern history, lasting for nearly twenty-seven years.

The war began immediately after Angola became independent from Portugal in 1975, and finally ended only when Jonas Savimbi, leader of UNITA, was killed by government troops in 2002. The two sides then agreed to a ceasefire, soon to be followed by elections. The war left at least 500,000 people dead, and an economy in ruins. 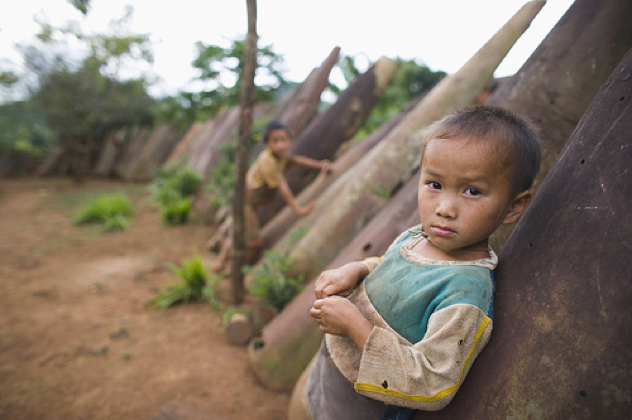 The “Secret War” in Laos was a crime committed by the American government (by now this has been attested as historical fact, rather than personal opinion).

It was characterized by political planning steeped in ignorance, deception, and arrogant self-interest; and by a disregard of the real problems and issues at hand. Unfortunately, the government’s evil little power games had a human cost. It has been estimated that as many as 450,000 civilians in Laos, and 600,000 in Cambodia, lost their lives. Figures for refugees exceed a million.

In addition, the widespread use of toxic chemical defoliants created a massive health crisis, which naturally fell most heavily on children, on nursing mothers, and on the aged and the already sick—and its effects still linger to this day. The Secret War was the very definition of what we should call a War of Shame. 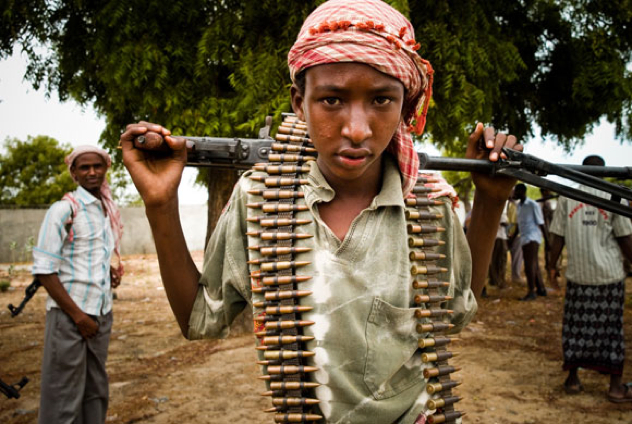 Somalia is not only populated by Somalis; it’s actually home to a number of different peoples, several of which opposed Siad Barre, the Dictator of Somalia, in the late 1980s. In response, he began attacking them with his army—but they fought back and removed him from power.

Barre was still popular with many Somalis, however, and a revolution took place in the early 1990s to reinstate him. After his return to power, a large part of northern Somalia declared itself independent from the rest of the country, though it remains largely unrecognized.

After years of war, Somalia lies in ruins—and the UN continues to send peacekeeping forces to facilitate the distribution of aid and the rebuilding of Somalia’s society. It’s unofficially estimated that nearly a million of people lost their lives from war-related causes. 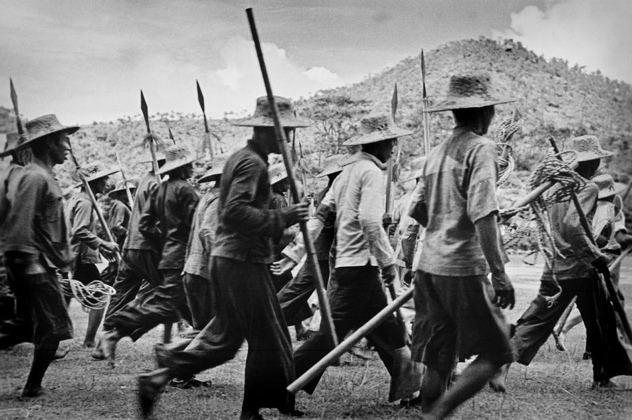 This is one of the most massive and most bloody civil wars the world has ever known. No other event devastated nineteenth-century China like the Taiping Rebellion. It was sparked by the leadership of one man from South China, Hong Xiuquan, who in 1847 failed the imperial examinations for the third time and fell into a delirium which lasted thirty days.

When he recovered, he believed that he had been chosen to conquer China and establish the Taiping Tianguo—the Heavenly Kingdom of Great Harmony. Gathering followers (at first from the poor masses), he and his recruits gradually built up an army and political organization that went on to sweep across China. By the late 1850s, they controlled over a third of the country. Their movement was so strong and popular that it took the central government millions of dollars and fifteen years to defeat them. Not until 1864 was the rebellion brutally put down; it’s estimated to have been responsible for the deaths of more than twenty million people.

The rivalry began in 1399 when King Richard II was overthrown by his cousin, Henry Bolingbroke, Duke of Lancaster. But the actual wars didn’t break out until 1455, when Richard, Duke of York, defeated the Lancastrians in the First Battle of St Albans.

The Wars of the Roses ended with the accession of King Henry VII, who founded the Tudor dynasty and symbolically united the White and Red Roses to create the Tudor Rose. 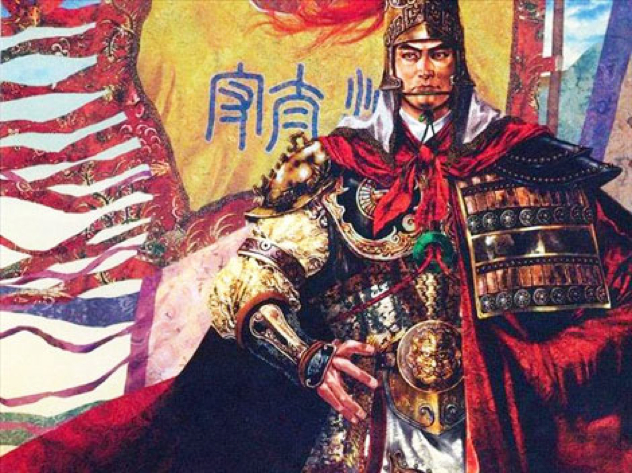 This civil war is often overlooked and ignored—and it’s definitely one war China would like to forget. It remains to this day the deadliest civil war in world history. The death toll surpassed even that of the Taiping Rebellion, and has been topped only by a couple of regular wars since then, with World War II being one of them.

The An Shi Rebellion as it is also known took place during the Tang Dynasty, from A.D. 755 to A.D. 763, and spanned the reign of three Tang emperors. Fortunately for the Tangs, An Lushan’s competing Yan Dynasty soon began to disintegrate from within.

In January 757, An Lushan’s son became upset by his father’s threats against his friends at court, and killed him. Shortly afterwards, he in turn was murdered by An Lushan’s old friend, Shi Siming. This friend attempted to continue An Lushan’s program of rebellion, but also ended up being murdered by his own son in 761. But although the Tang eventually defeated the An Lushan Rebellion, the effort left the empire weaker than ever before—and it is estimated that over thirty-five million people lost their lives during this blood-bath of a war.

Theodoros II is a collector of experiences and a law graduate. He loves History, Sci-Fi culture, European politics, and exploring the worlds of hidden knowledge. His ideal trip in an alternative world would be to the lost city of Atlantis. His biggest passions are Writing, Photography and Music. You can see his photostream here.