The Grand Canyon is a place like no other. No photographs truly do it justice. The massive chasm has awed visitors for as long as people have been around to see it.

Since the Grand Canyon became a national park in 1919, close to 700 lives have been lost throughout the grounds of this natural wonder. The following ten items not only examine horrendous crimes but also unthinkable accidents, tragedies, and mysteries that may skew one’s opinion of what seems like a tranquil and calming environment. 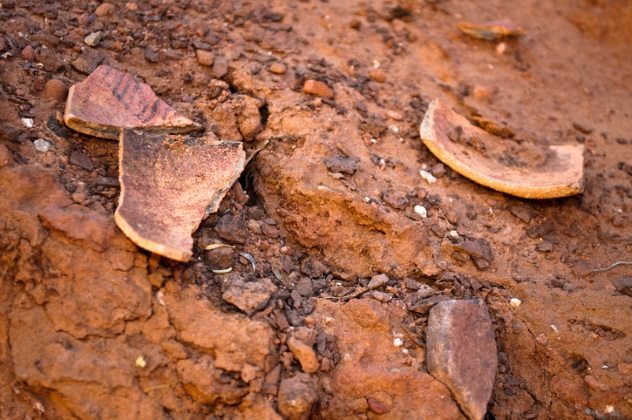 In 1879, trader Don Maguire was crossing the Colorado River on his expedition through Arizona when he came across Emma Lee. In exchange for some of Maguire’s needed goods, Lee gave him a beautiful Navajo blanket, but she warned Maguire of the cloak’s dark past. According to the woman, the cursed blanket brought nothing but misfortune to her husband prior to his untimely death. Maguire, who evidently was not superstitious, departed from the canyon the following day. Over the next two years, Maguire chronicled how he had suffered “a hundred calamities,” all of which ended only after he lost the blanket.

Such tales pertaining to cursed Native American relics are commonplace at the Grand Canyon. In fact, park rangers consistently receive letters from tourists wanting to return artifacts that were stolen from sacred grounds. Pieces of pottery, for example, are often taken from Native American burial sites, only to be anxiously returned to the national park a short time later. Park rangers state that the thief’s reasoning is always the same in that they have “experienced extreme bad luck, plagues, and other illnesses since picking up the stolen artifacts.”[1] 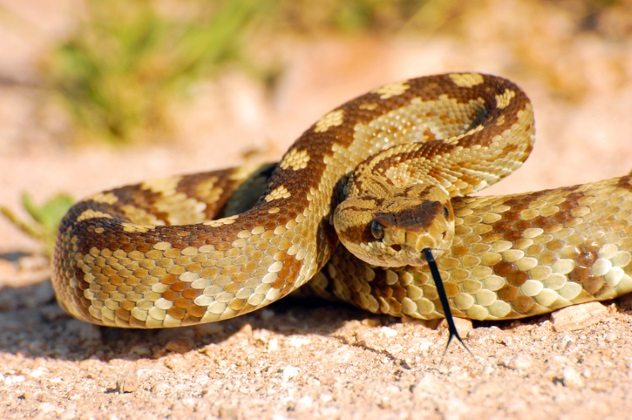 The Grand Canyon is home to various dangerous animals that wander throughout the vast areas of land within the national park. Mountain lions, black bears, and elk make up a fraction of the wide assortment of mammals, some of which have been known to charge without warning. Spermophilus variegates, a rock squirrel known for its ferocious bite and indiscriminate attacks, is surprisingly one of the more treacherous creatures in the park.

One of the more bizarre encounters with the canyon’s wildlife occurred in 1933. According to reports, a 43-year-old prospector from California named Cochrane was hiking down Snake Gulch path when he came across none other than a rattlesnake. Cochrane, who was said to have been “terrified of snakes,” immediately went into cardiac arrest and died. Ironically, there has never been a reported death due to a rattlesnake bite in the Grand Canyon.[2] 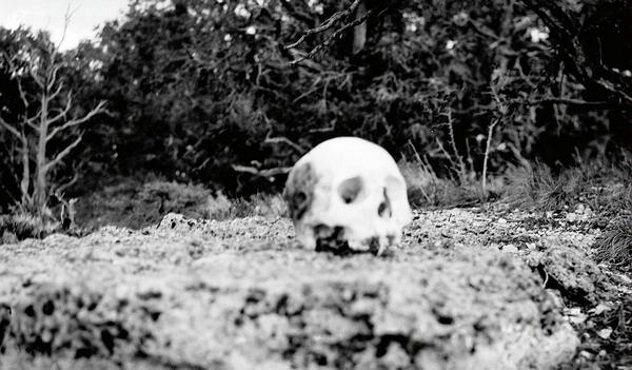 Reports of skeletal remains being discovered throughout the Grand Canyon have become commonplace over the last century. Such dreadful finds, however, are understandable when considering the vast amount of cold cases the Coconino County Sheriff’s Office has in their database. The effort to solve mysterious disappearances, unattended deaths, and homicides as well as to identify remains led to the county forming a “cold-case squad.”

One of the cases the unit is currently investigating is a murder that occurred at the North Rim of the canyon in 1975. All that was found at the scene was a bloody shirt with 36 stab holes, believed—for reasons not made public by the Sheriff’s Office—to belong to a woman murdered by members of the Outlaws, a motorcycle gang.

The official body count at the Grand Canyon remains unknown, as do the victims, whose deaths include accidents, suicides, swift murder, and drawn-out torture. Some of the victims have been bestowed names in a beguiled attempt to create an identity, such as “Little Miss X” and “Valentine Sally.”[3] To date, the cold-case squad continues their efforts in piecing together crimes that occurred up to nearly a century ago with the hopes of bringing closure, if not to the loved ones then to the souls that remain roaming throughout the grounds of the canyon. 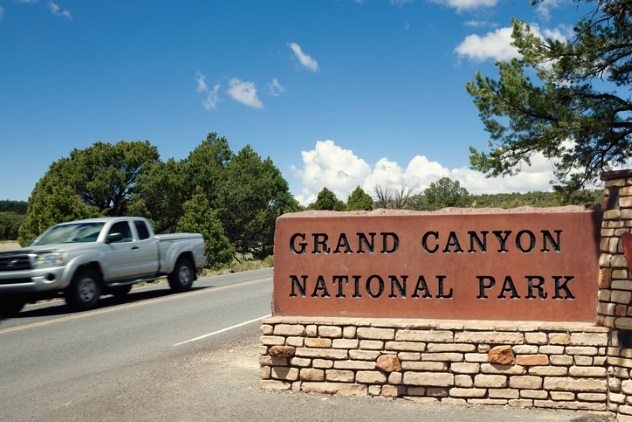 The Grand Canyon has been used as a means of suicide in some of the most ludicrous of ways. Case in point: After watching the film Thelma and Louise more than 50 times, 36-year-old Patricia Astolfo attempted to drive her car off the rim of the canyon. The car’s suspension, however, got caught on an outcropping of rock, hindering her plans. Not to be deterred, Patricia leaped over the edge of the cliff, only to fall onto a boulder 6 meters (20 ft) below. Bloodied and bruised, she managed to crawl to the edge and roll off, falling to her death.[4]

Similar cases of people driving their vehicles off the rim of the canyon are surprisingly not that uncommon. One such incident occurred in 2009, when 57-year-old Gheorge Chiriac checked out of the El Tovar Hotel and then drove his car over the edge of the South Rim.

Perhaps the most bizarre suicide happened in 2004, when a man in his twenties jumped out of a helicopter while on a scenic tour. The other passengers, who were left in “total and utter disbelief,” described the man as quiet and normal only moments before leaping into the deepest part of the canyon, 1,200 meters (4,000 ft) below. 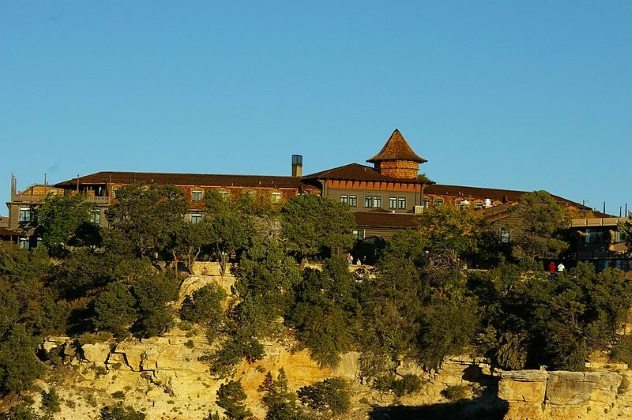 Situated just 6 meters (20 ft) from the South Rim, the El Tovar Hotel was the pinnacle of luxury when it opened for business in 1905. Since then, innumerable accounts of ghostly apparitions have been reported by frightened guests vowing never to return to the haunted grounds.

Mere feet from the building’s front doors lies one of the hotel’s signature mysteries: a flat, inconspicuous gravestone with an epitaph that reads, “Pirl A. Ward: 1879–1934.” Over the last century, countless visitors and employees have claimed to have seen a black-caped figure walking from the stairway to the grave before wandering off and disappearing into the woods. Another unsettling yet well-known presence is that of a well-dressed elderly gentleman on the third floor. Through the years, visitors have reported being invited by the man to attend the hotel’s annual holiday celebration.

From ghostly figures roaming the stony paths of the canyon to phantom workers continuing their labor into the night, enigmatic events continue to attract visitors with the hopes of catching a glimpse of the paranormal.[5] 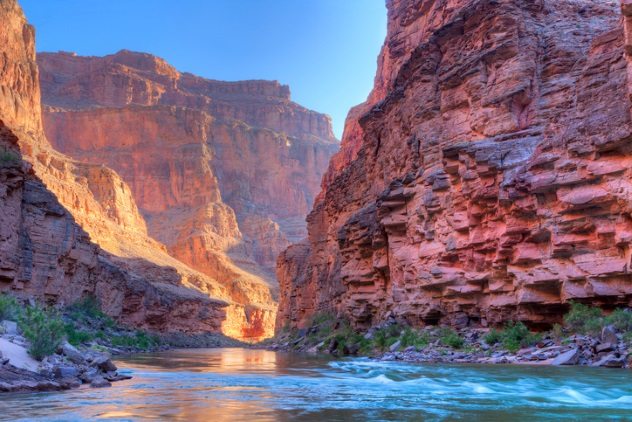 In an era that craved adventurous heroes, newlyweds Glen and Bessie Hyde took on the rapids of the Grand Canyon in the winter of 1928. A month into their journey, the couple’s homemade wooden boat was found floating upright and fully stocked in the cold canyon water. Days earlier, the Hydes were on the South Rim of the canyon restocking goods when 22-year-old Bessie eerily stated, “I wonder if I’ll ever wear pretty shoes again.”

When word of their disappearance got out, newspapers around the country immediately began reporting about the honeymooners who were destined to set world records yet appeared to have vanished from the face of the Earth.[6] What would become one of the biggest searches in the history of the Grand Canyon failed to turn up a single clue as to what occurred. Lots of speculation ensued, from the Hydes being butchered by Native Americans to drowning, yet in the end, their fate remains a mystery. 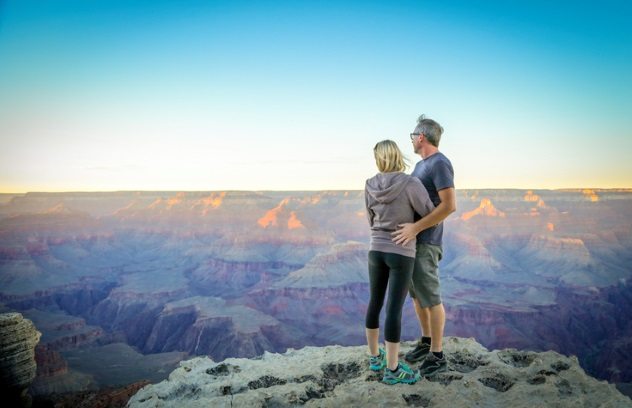 In 1978, Robert Spangler shot his wife Nancy and their two children to death in their suburban Denver home. He then staged the scene to make it look as if Nancy killed their children in a murder-suicide. Despite his hands testing positive for gun residue, police could not build a case against the widower, whom detectives had been suspicious of from the start. 15 years would pass until the dissatisfied family man would strike again. While vacationing at the Grand Canyon in 1993, Robert threw his third wife, Donna, over a ledge, where she plunged 60 meters (200 ft) to her death.[7]

With detectives failing to prove that Donna didn’t accidentally lose her balance and slip, Robert was cleared of murder yet again. Fortunately, he was diagnosed with terminal cancer in 2000, which led investigator Paul Goodman to his doorstep with the hopes that he “might be ready to confess.” Goodman’s instincts were astoundingly correct, with Robert confessing to all four murders simply because he wanted FBI profilers to explain to him “why he was so good at killing.” Mr. Husband of the Year was sentenced to life in prison in March 2001. He died five months later. 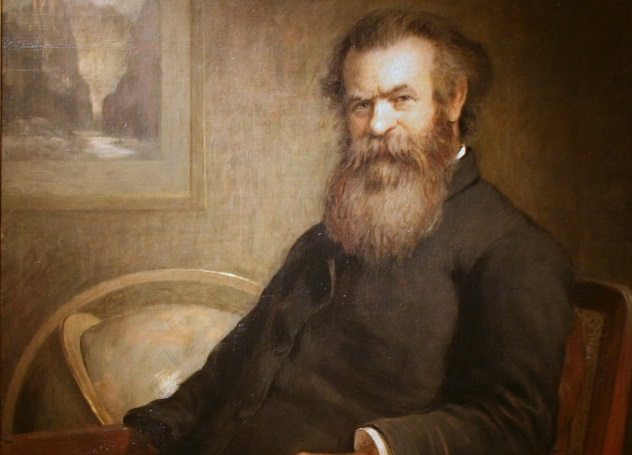 In 1869, John Wesley Powell led the first group of white men down the Colorado River, embarking through the uncharted, ravaging currents of the Grand Canyon. Toward the lower end of the canyon, Powell and his men encountered giant, brutal rapids that were deemed impassible. Convinced that Powell’s plan to advance forward was suicidal, three of the men bid farewell to the one-armed Civil War veteran and took their chances scaling the cliffs of the canyon.[8]

Regardless of the danger, Powell and the remaining members of the party pushed on into the wild rapids that lay ahead. Two days later, the party miraculously reached the mouth of the Virgin River, where they were met by settlers on the riverbank. In an ironic twist of fate, the three men who had abandoned the expedition out of fear for their lives met an untimely and brutal death. Sometime along their trek through the canyon toward civilization, the three were slaughtered at the hands of Shivwit Native Americans in a supposed retaliation for the murder of a native woman. 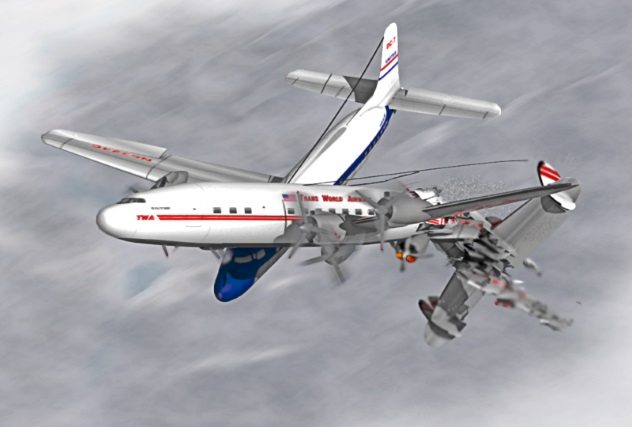 One of the deadliest airline disasters in American history occurred on the morning of June 30, 1956. Nearly an hour after departing from Los Angeles International Airport, United Airlines Flight 718 and TWA Flight 2 collided with one another over the Grand Canyon. Search and rescue teams discovered the wreckage the following day, and an immediate investigation by the Civil Aeronautics Board was launched. It was determined that both pilots were off their designated routes and happened to be flying at the same altitude at the same time. Due to clouds, by the time they saw each other, it was too late to avoid collision.

All 128 passengers were killed, and it would be another year until a full, detailed report of the crash was released. In it, lack of communication, turbulent weather, and the then-current visual flight rules were stated as the cause. These days, the site of the crash remains a popular tourist attraction and is informally known as Crash Canyon. Even now, some of the wreckage can be seen on sunny days due to the glistening metal reminding all about the tragedy that occurred so long ago.[9] 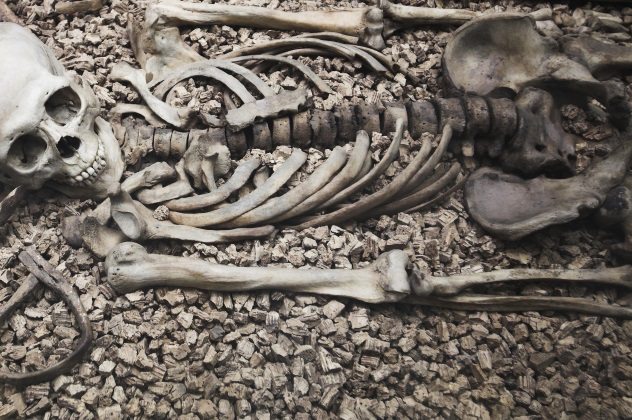 Of all the unpleasant events the Grand Canyon has borne witness to—suicides, animal attacks, falls from the rim, lightning strikes, etc.—perhaps nothing is more unsettling than the abundant amount of vicious murders of innocent vacationers. In January 1977, the bodies of Michael and Charlotte Sherman were discovered after having been shot execution-style.

In 2006, swimmers discovered the body of 34-year-old Japanese tourist Tomomi Hanamure below a waterfall.[10] She had been stabbed 29 times, reminiscent of the murder of 30-year-old Kim Quanimptewa, who was stabbed to death at the South Rim of the Canyon several years earlier. Though it’s not uncommon for national parks to have their share of homicides, the Grand Canyon is particularly accustomed to horrendous slayings, many of which remain unsolved.

Read more about the world’s natural wonders on 10 Infamous Wonders of the World and 20 Natural Wonders That Didn’t Make The Cut.