History rocks, but your poor history teachers didn’t have time to cover all the fun little bits. Whether these bits were sad, hilarious, or heartwarming, we think it’s a shame you missed out. And we’re righting that wrong. 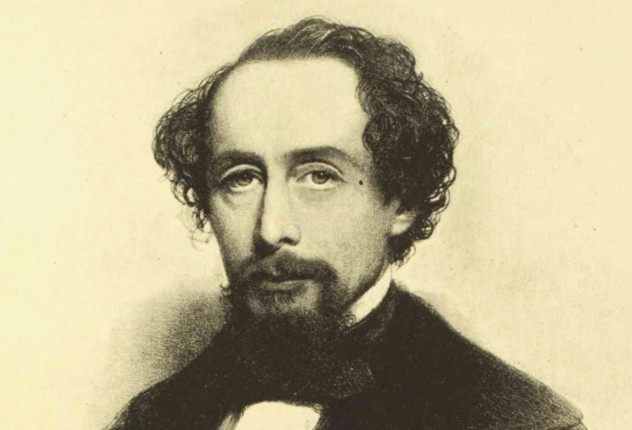 Charles Dickens was probably one of the most famous writers of the Victorian era, and anything that resembles his work has now been granted the honorable title “Dickensian”. Although his stories usually have happy endings, his own story most certainly did not start happily. Dickens’ early life was spent mostly in debtor’s prison because his poor dad couldn’t pay off his debts so the whole family had to join him in the slammer, a fairly typical practice in Victorian England.

He eventually worked in a factory to help pay off the debts, and the terrible working conditions were a major inspiration to his writing. As an adult, he appeared to be a more lighthearted guy, often pulling practical jokes. He had a fake bookcase with books that were hilariously titled, including Noah’s Arkitechture and a nine-volume set titled Cat’s Lives. 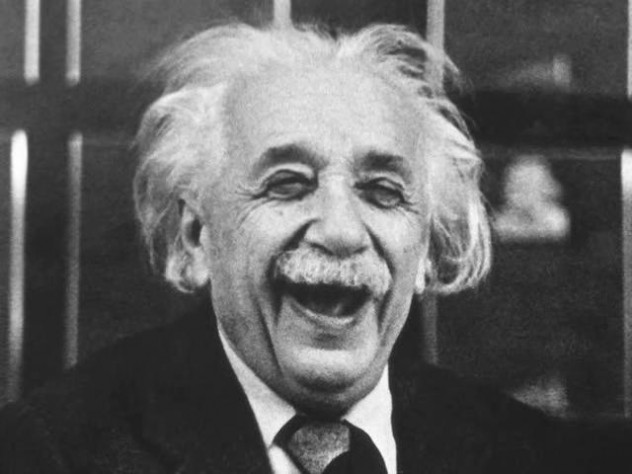 Albert Einstein is the archetypal kooky scientist who was clearly more than a little bit off and yet was brilliant as brilliant could be. Einstein, although a seemingly friendly, intelligent guy had quite a few skeletons in the closet. In 1901, Einstein and his first girlfriend, Mileva Maric, were on holiday in Italy. It ended when Mileva found herself with child and Einstein found himself with no money to support her and the new baby. The child, Lieserl, was born in 1902 and disappeared from Einstein’s letters to Mileva around 1903. It’s unknown what happened to the child, but she probably died of scarlet fever.

Later in life, Einstein left Mileva in 1912 (and divorced her in 1919) and married his cousin Elsa Lowenthal soon after. In the latter marriage, Einstein had numerous affairs during the marriage and well after Elsa’s death in 1936. Genius? Yes. Playboy? Definitely. 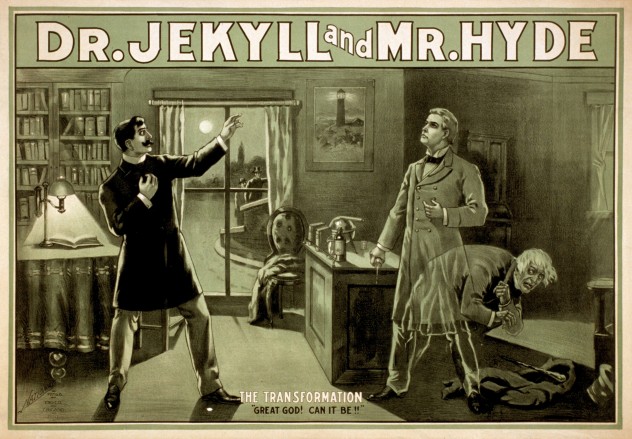 Granted, Robert Louis Stevenson isn’t a household name, but you probably know him for his hit novel Strange Case of Dr Jekyll and Mr Hyde. What you probably don’t know is that he wrote the novel on cocaine and then gave it to his wife for review. After his wife stated that the book was an allegory, and that he should write it as such, Stevenson burned it so that he could force himself to write it according to his wife’s feedback. Speaking of his wife, Fanny Osbourne met Robert Louis Stevenson while she was in Paris–they fell in love, and she became his muse. When Fanny had to return home to America, Stevenson saved up for three years to see her again so that they could be together. That’s one determined man. 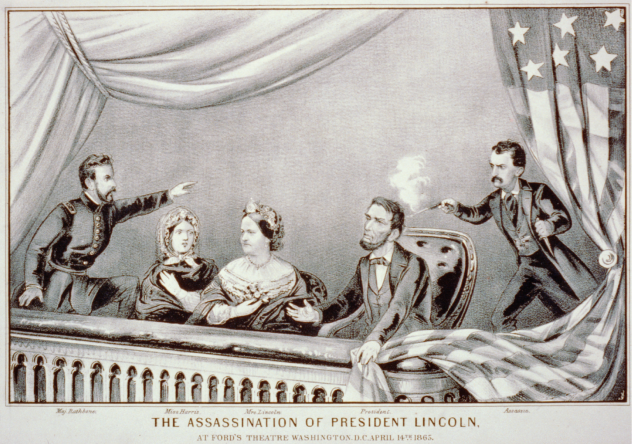 Famous for his mighty beard, Abraham Lincoln was a curious figure. Though he wasn’t actually born in a log cabin, he did have a relatively hard childhood. Hard labor was part of the daily regime in the frontier where Lincoln grew up, and, at the age of nine, he lost his mother to milk sickness. As President, he would grow to be history’s tallest President of the United States, standing proud at 6’4″. Even after he died, his story didn’t quite end. In 1876, a group of counterfeiters wanted to hold Lincoln’s body for ransom, at the hefty fee of $200,000 in gold and the release of one of their accomplices. They were caught and sentenced to a year in jail. 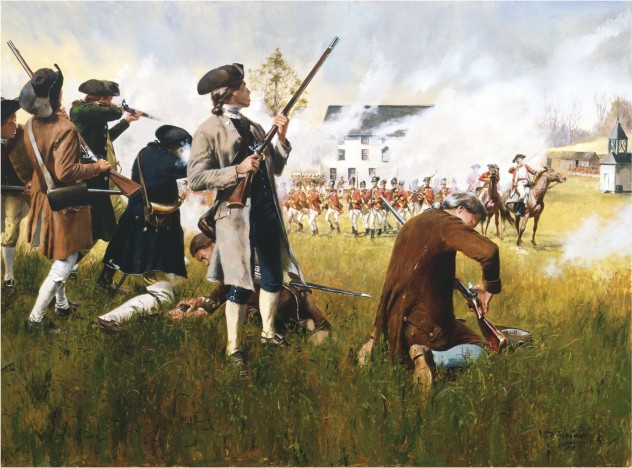 He was the King of England during the War, right? So? So, he was nuttier than a squirrel. He is thought to have begun to lose his marbles due to arsenic poisoning, since arsenic was spread around like fairy dust in everything back in the early 19th century from medicine to cosmetics. Eventually confined to a straitjacket within his own palace, he died in 1820, blind and insane. He may have been a tyrant to the American colonists, but you can’t help but feel a bit sorry for the guy. 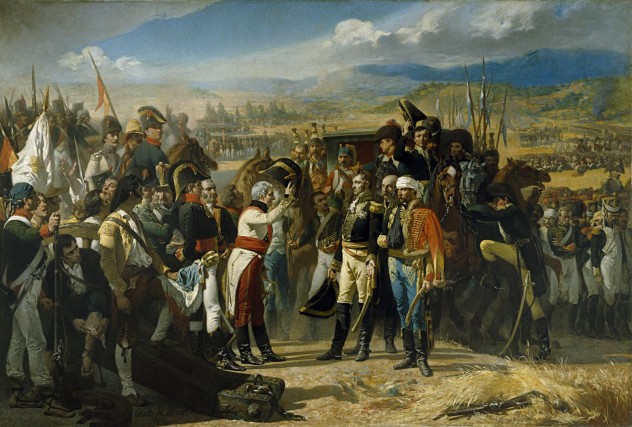 Napoleon? Short dude with a complex that they eventually named after him, tried to take over Europe, etc. Well, he wasn’t actually short. Napoleon was 5’7″, which was normal for the average Frenchman in his time. His childhood was a pitiful one—his father died of stomach cancer and left his family penniless due to his gambling. He was often made fun of in school for his studiousness and thick Corsican accent, but nobody could have predicted Napoleon’s rise to power. Strangely enough, Napoleon suffered from hemorrhoids and it’s rumored that his pain and illness prevented him from winning the Battle of Waterloo. 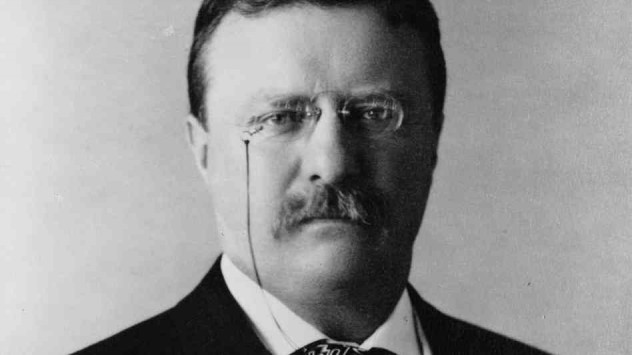 Theodore Roosevelt’s story is one of privilege, big personalities, and bigger sticks. Teddy Roosevelt was born to the wealthy Roosevelt family in New York City and was known to be sickly, asthmatic, and (very) hyper child. He also took up boxing at a young age to combat his weak constitution. Roosevelt had an injury to the left eye caused by boxing while in office. He took many trips to Africa and South America where he hunted and studied numerous exotic species.

His best story, perhaps, concerns a speech in Milwaukee in 1912. During the speech, an assassin tried to kill Roosevelt with a gun, but the bullet was slowed down by his folded speech and eyeglass case. Roosevelt promptly told the crowd he’d just been shot, continued giving his speech, and then headed over to the hospital to get it removed. Well played, Mr. Roosevelt, well played. 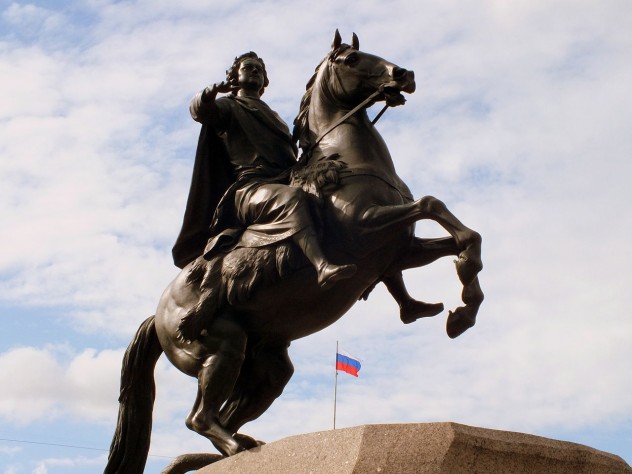 If this were a list about strange monarchs, Peter the Great would top the list. Peter the Great was the Czar of Russia in the 18th century. Seeing how backwards Russia was, he decided to tour Western Europe in order to find ways to modernize his country.

Peter took the guise of an average merchant to avoid being discovered and came back to Russia with many ways to improve the empire. He set up new schools, created the mighty port of St. Petersburg, and ordered all Russian men to shave their beards or pay a tax. Yes, you read that right. Russians grow such poor beards that they had to pay to keep them.

He also had a museum of oddities ranging from deformed animal fetuses to animal parts to dispel superstition in his country. Now that’s scientific curiosity. 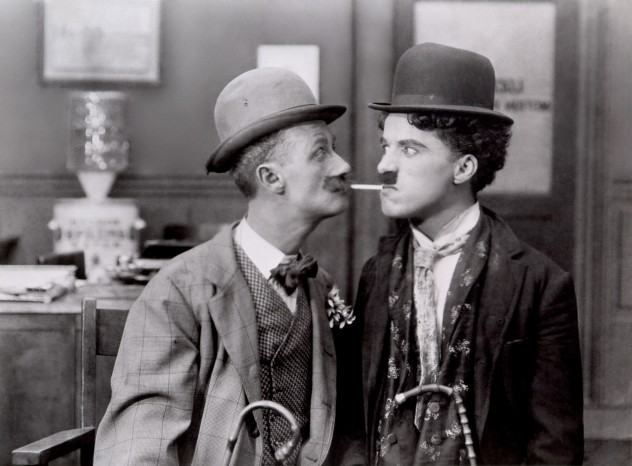 Sir Charles “Charlie” Chaplin is perhaps best known for his comedic films of the Roaring Twenties, and he certainly has tales to tell. Chaplin’s parents weren’t exactly role models–his mother had two illegitimate children from affairs and his father left the family when he was young. His mother eventually died of liver issues after becoming psychotic due to syphilis and malnutrition.

His adult life was no less fascinating–Chaplin was once forced to pay child support for a child that wasn’t even his. When a young woman claimed that her child was Chaplin’s, blood testing determined that the child was not Chaplin’s, but the judge refused to have the test admitted into court, so he made Chaplin pay a substantial sum. Even after death, his story didn’t quite end. In 1977, Chaplin’s body was stolen for ransom, but it was recovered about two months later. 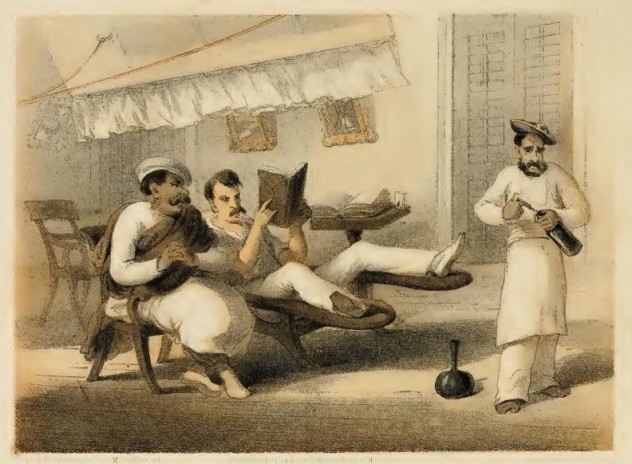 Spy, explorer, soldier–so many words to describe Sir Richard Burton, but his stories were perhaps the most amazing. In 1853, Burton convinced the Royal Geographic Society to give him a leave of absence from the army to travel to Mecca and disguise himself as a Muslim–even getting circumcised to keep up the illusion–to make it there. While exploring in Africa, he was impaled by a javelin in a foray with a group of Somali warriors, yet escaped alive. He spoke over 30 different languages and dialects and was a diplomat later in life. It seems likely Sir Richard took plenty of tales to the grave.

Simon Court is an eccentric writer/sci-fi geek/anglophile trying to churn out his first novel. He was once studied by a squirrel as a kid.