In nature, predators come in many shapes and sizes. There is a recent trend among nature documentary producers to glorify the efficiency of certain predators (often referring to apex predators such as sharks, lions or crocodiles as “perfect killing machines” or “nature’s most efficient killer” etc.), but this is largely based on how fast an animal manages to kill its prey. This list, on the other hand, focuses on a number of predators that employ diabolical methods of killing that are cruel and sadistic. 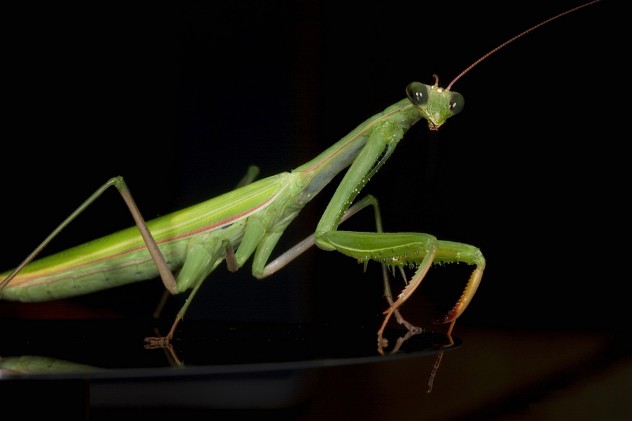 The mantis is famous because the female often eats the male during intercourse, the latter being easily overpowered by his mate, but hardwired to proceed with the mating process. The sadistic part is that mantises do not bother to kill their prey before eating them: as soon as the insect embraces the hapless lover, it begins to consume it alive. Although we tend to be less sympathetic towards invertebrates, the brutality of mantis eating habits is noteworthy, and viewed as the creature is viewed as a remorseless killer by many cultures around the world. 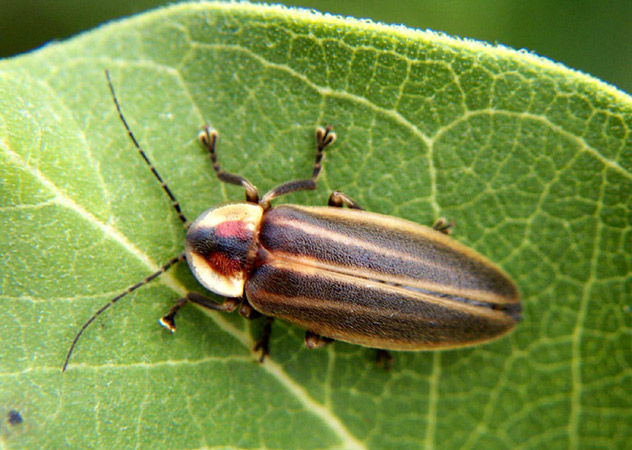 The male of the mantis may get eaten during the mating process, but at least he passes on his genes in the process. Another femme fatale of the insect kingdom employs a more cunning approach to get a meal, and this time the male loses it all, its life and the chance to procreate. The Photuris firefly imitates the light signals of females belonging to other firefly species in order to lure the lustful males towards her. Before it has a chance to realize its mistake, the male is devoured. 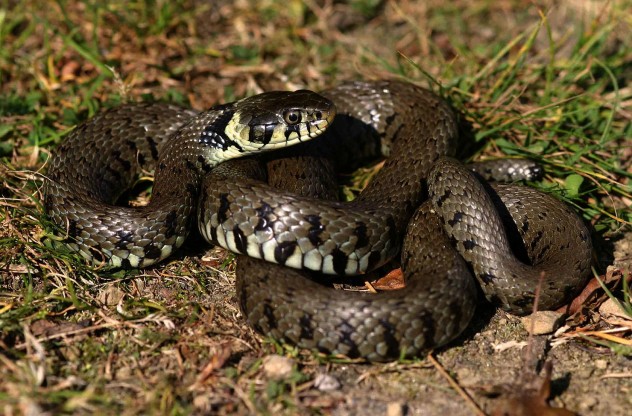 Grass snakes are considered the most harmless type of snake, even though many humans still fear them. Only venomous and large constrictor snakes pose a danger to humans. Nevertheless, when it comes to killing methods, venomous snakes and constrictors are quite humane when subduing their pray. On the other hand, grass snakes kill their prey in a particularly cruel manner: by swallowing it alive. While the frogs, mice, lizards, and insects that make up the diet of these species are spared the horrible fate of being dismembered, they slowly suffocate inside the snake. 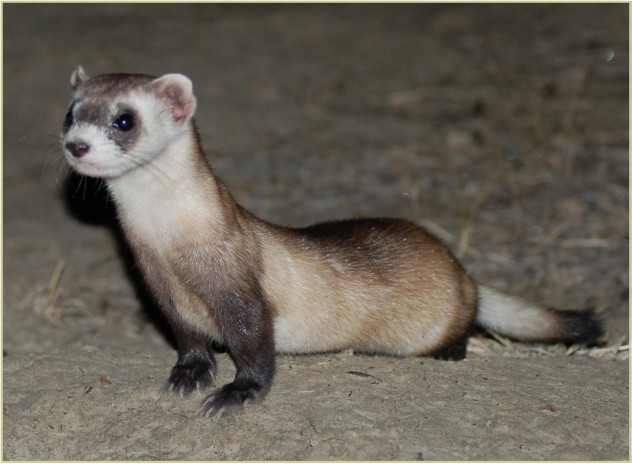 The members of the Mustelidae family are notorious for their ferocity, often managing to bring down animals several times their size. The black-footed ferret is no exception, just look at the way it kills its favorite prey, prairie dogs. The ferret sneaks into the maze-like den of the prairie dogs during the night, it uses its paw to hit them in the head. The strike wakes up the prairie dog, which raises its head in surprise and exposes its vulnerable throat to the assassin. Although the victim dies a quick death, it is ambushed in its sleep in the “safety” of its own home. 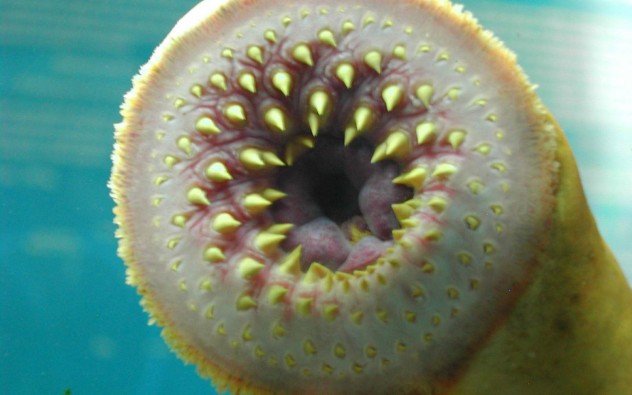 Leeches are disgusting creatures, no one’s arguing that. Now, imagine a three-foot-long leech that feeds on the blood of larger prey. Congratulations, you’ve imagined the sea lamprey, a primitive vertebrate that resembles an enormous leech. The sea lamprey is considered a pest in the Great Lakes of North America, because it often kills the fish it attaches itself to. The reason the lamprey is so nightmarish a killer is that its victims have no limbs to fight it off and must wait for their attacker to gorge itself with their blood. 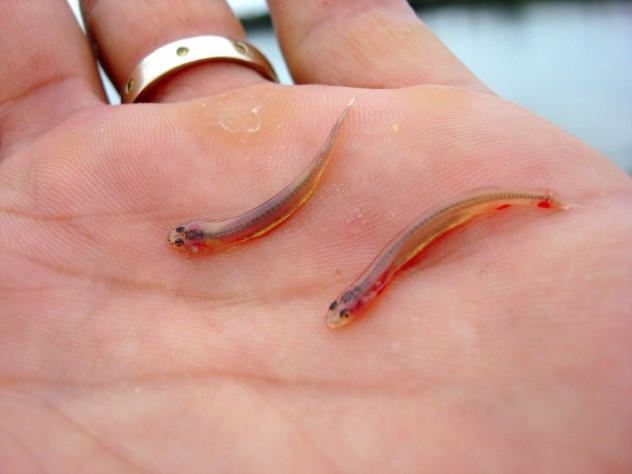 The candiru, as most of you have probably heard, is a fish that swam into the urethras of people who urinated while bathing. Such cases are, of course, accidents, as the fish can easily mistake the human urethra for the gills of the fish it preys upon. The candiru inserts itself into the gills of Amazonian fish and sucks their blood. In humans, this would be like a worm swimming directly into your lungs and sucking your blood until you die.

The Komodo dragon known as one of the largest and most dangerous lizards. Their mouths are full of a toxic mixture of bacteria that causes gangrene in the wounds of their prey. Venom acts quickly, whereas the gangrene inflicted by the Komodo dragon’s saliva means prolonged pain and agony for the animal targeted by the reptile. Many people believe this means that they have no venom, but this is untrue. A recent scientific study discovered that Komodo dragons have venom as potent as the most venomous snake in the world.

A Komodo bite is a double whammy of poison and infection that is very difficult to survive. 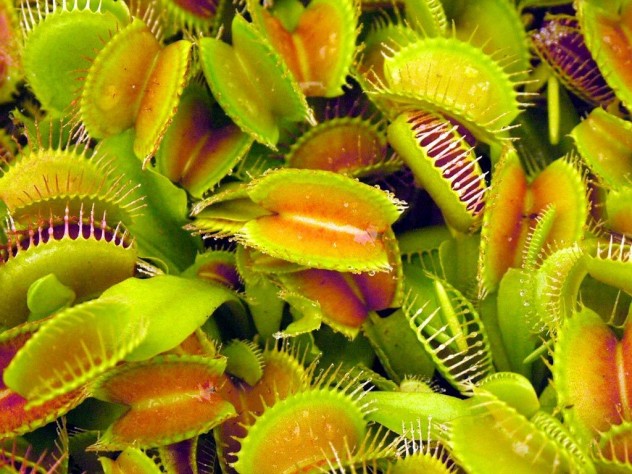 Speaking of prolonged agony, carnivorous plants are experts in that department. The hapless insects that are unfortunate enough to fall prey to these rather beautiful organisms are being digested alive for several hours of pure agony. Pitcher plants trap their prey in pitchers that have slippery edges. The insect struggles in vain to climb out of the plant, inevitably falling into the digestive soup found at the bottom of the pitcher. Venus fly traps immobilize their prey using a vice-like trap that doesn’t kill it, and then the digestion begins. Sundews employ a flypaper catching method. Nevertheless, all the species dissolve their pray alive, which is far from a pleasant way to go. 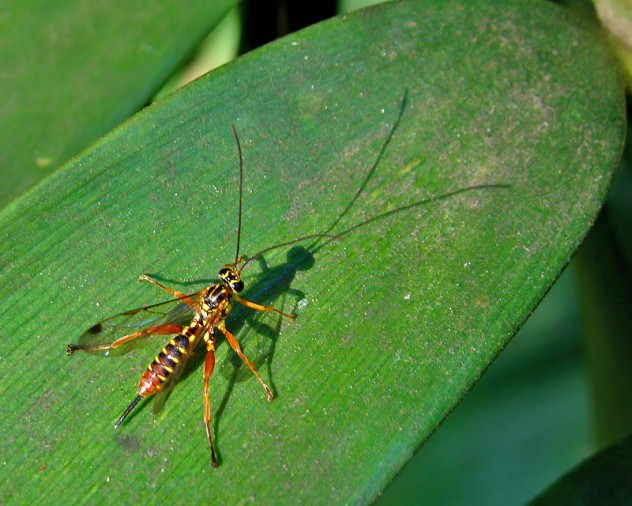 Parasitic wasps are so horrifying and terrible that Charles Darwin used them as an argument against the existence of a benevolent God. To any of those amongst you that have seen Ridley Scott’s Alien movies. The wasps use a variety of host organisms, such as spiders, caterpillars, or the larvae of other insects. The prey is stung by the wasp, which lays its eggs in it. After the eggs hatch, the wasp larvae slowly consume the victim from inside out, leading to a slow, painful death. 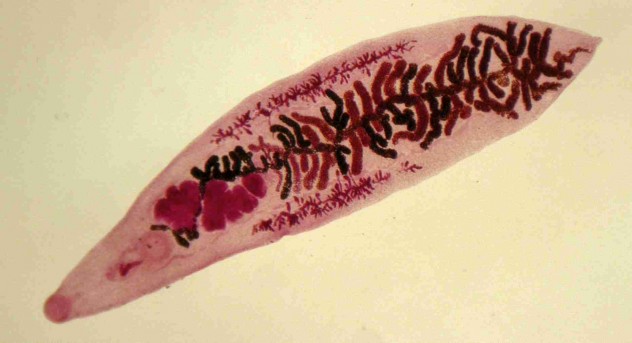 The number one on this list goes to parasites that manage to re-wire their host’s behaviour to do their bidding – which, of course, means that the hosts must commit suicide in order to ensure the parasite’s survival and reproduction.

Dicrocoelium dendriticum is a tiny fluke that, in one stage of its life cycle, can be found in the bodies of certain species of ant. The infected ants are controlled by the parasite and during the night, they leave the anthill, climb up grass straws, and simply wait. This leads to them getting eaten accidentally by sheep and other herbivores, inside which the parasite can continue its life cycle. Strangely enough, the ant returns to the colony during the day and proceeds with its usual activities.

Horsehair worms enter other insects and make them drown themselves once the worm gets the urge to reproduce, which can only happen in water. The fascinating ability to control the mind of the host seems ripped from a science-fiction movie.

I am a student fond of the natural world and I like to spend my time searching for rare studies on animals, plants, evolution, and other related subjects.