Usually when people describe “horror stories” from a film set, they mean that there was a scheduling problem, a lot of arguing on set, or perhaps a mechanical malfunction. But sometimes it goes much farther than that. Sometimes things happen that seem suitable for what we’d consider a literal horror story. And though many items on this list are the stuff of film urban legends, they happen to be true. 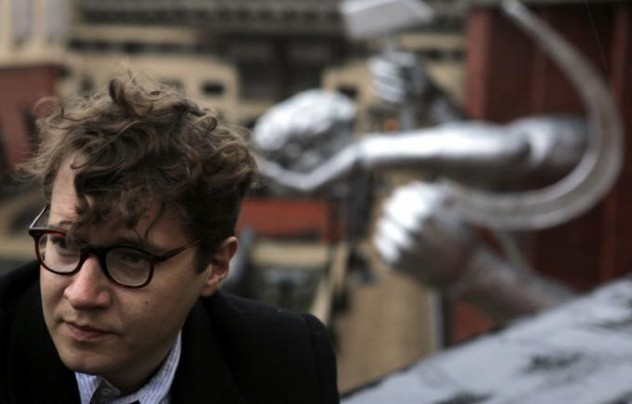 Dau was, as of 2011, a project that had broken down in a sense, though that’s not to say filming stopped. What happened instead was director Ilya Khrzhanovsky turned this intended film tribute to Nobel-Prize winner Lev Landau into an insanely over-immersive act of “method” cultism. The cast and crew were required to dress in mid-20th-century Russian clothing to match the time period of the film; they weren’t allowed to have cell phones or anything else so modern. Food had to be in cans from the era and all documents and passes typewritten. Anyone who so much as mentioned aspects of the modern world or left the set without permission was fined. That one person should exert that much power for something so clearly unnecessary is, as the director himself said, “pure delirium.” And this was under circumstances where people had to do the same torturously repetitive tasks until—when they were fired—some of them described it as being akin to a “prison experiment.” 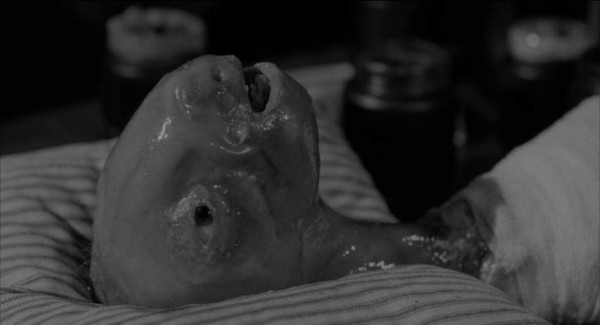 Eraserhead is well known for being enigmatic and creepy. It’s a story of a loser everyman (Henry Spencer) in a bizarre setting who experiences strange visions while fathering an even stranger child that doesn’t look remotely human. But it’s what you might expect from David Lynch if you’ve heard anything about him and much milder than you’d expect after you hear the sorts of things he was up to behind the scenes.

For example, he refused to talk about how the effect of the baby was done decades afterward (nor did he allow others to talk about it). Given the appearance of the object, the budget, the skin textures, and the fact it’s so articulated that its eyes will close vertically, the leading theory is that it’s a preserved calf fetus.

The idea that Lynch wired a corpse to bring it to life is well supported by something he did for fun that he put in an ultimately deleted scene. He asked a vet to provide him with a dead cat (on the promise it wouldn’t be recognizable on film) then cut it open and found the colors quite vivid. Then he put the cat in a pit of tar and left it there for a year until he could have a scene where Henry’s shoe catches on a cord connected to the cat. It’s enough to make you think Lynch started making movies to justify all the eccentric stuff he’d be doing anyway. 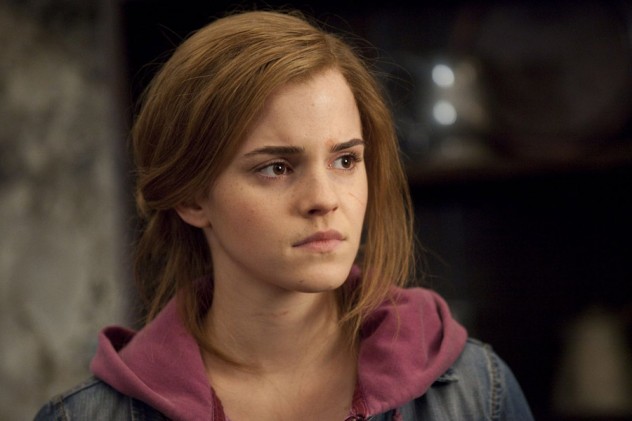 Celebrity stalkers are nothing new. But one that went after Emma Watson during the shoot for Noah was more aggressive than most. During the shoot, Emma Watson decided to go off in the woods near the location of the shoot. While she was there, a stalker that she recognized from outside her home appeared. Members of the crew intervened, and while Watson was uninjured and did not press charges, those involved with the shoot described how it put a pall over everything. The decision not to press charges is somewhat questionable in light of the encouragement this might provide other stalkers. 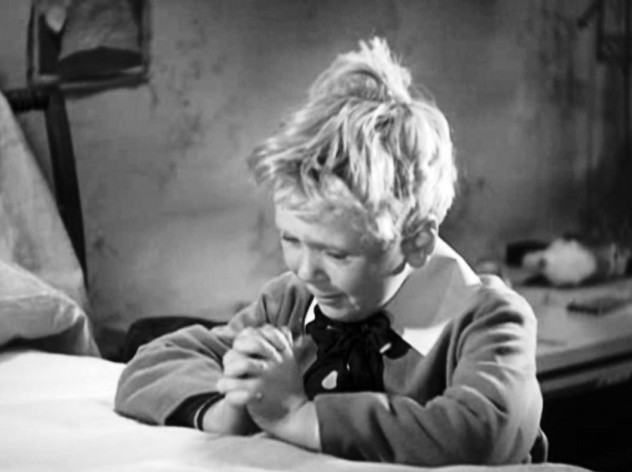 A 1931 Best Picture nominee, this film features a scene where child star Jackie Cooper was required to cry. Director Norman Taurag came to the conclusion that genuine emotion was required for the scene. He had a stagehand take Cooper’s pet dog out behind the studio and pretend to shoot it. Even though it was revealed after they got the take that the dog was okay (and his performance was nominated for Best Actor), the event made such an impact on Cooper that he entitled his autobiography Please Don’t Shoot My Dog! 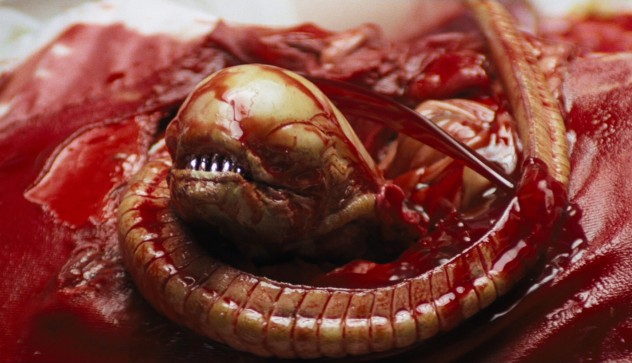 Everyone’s heard by now about the infamous chest-bursting scene in this 1979 horror classic, where some of the cast members were completely surprised by the scene. Much creepier (and less well known) is a story from Dan O’Bannon about artist H. R. Giger. To design the xenomorph’s head, he purchased real human skulls from India and cut them apart. O’Bannon was suspicious, but he didn’t really do anything about it until the mid-1980s when he wrote the idea into the comedy Return of the Living Dead. Subsequently, a news story came out that India had shut down the companies supplying skeletons, making it quite possible something unsavory was going on. And he ends on a particularly chilling note: the teeth of the skulls he saw Giger working with were very much like those of children. 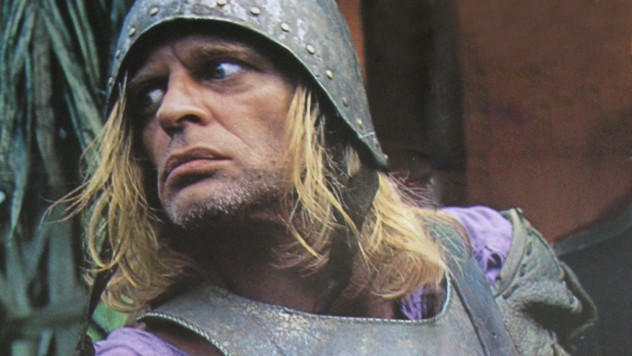 The most famous story from this 1972 film by Werner Herzog is that Herzog threatened star Klaus Kinski at gunpoint to keep him from leaving the movie. This is quite silly, because Kinski admitted in his autobiography he was the only one with a gun. And he didn’t just threaten to shoot people with it. He fired shots into a cabin the crew was staying in because of how loud they were being. The shot only took off the tip of someone’s finger—even though it was crowded in there. Kinski had another close call when he almost killed an extra by bashing him in the head with his sword during a shot. The blow was hard enough to cut the man’s head open, and doubtlessly would have killed him if he hadn’t been wearing a helmet. Is it any wonder that Herzog later seriously attempted to murder Kinski?

Also, one of the dead bodies in the film is real. Herzog said that his brother had to fly it in from Europe to bring it to the set. To keep it safe from unreliable luggage handling, his brother took it on the plane with him and sat next to it for the flight. 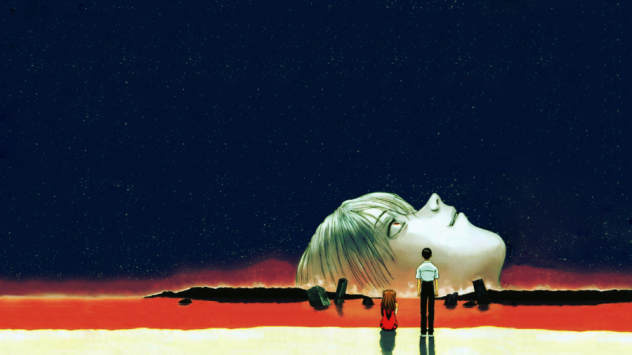 This 1997 feature is one of those anime films from the ’90s that solidified the stereotype that they’re all full of violence and impenetrable symbolism. But almost none of them can match the bizarre happenings that are sprinkled throughout this movie, which details a prophecy where science and monstrous energy beings are used to end the world. For example, the male lead has hallucinations in his final hours—full of random images such as letters and children’s drawings.

Well, it happens those drawings came from children who were victims of real abuse, so some very real events of extreme private pain were being immortalized there. And those letters? Among them are death threats that were sent to director Hideki Anno because fans were discontent with the previous installment of the show, which was meant to connect the events of the series to the movie. And worst of all, one of the leading voice actresses actually strangled another actress during recording, because that was what was happening in the scene. It was bad enough that she had difficulty continuing the recording. 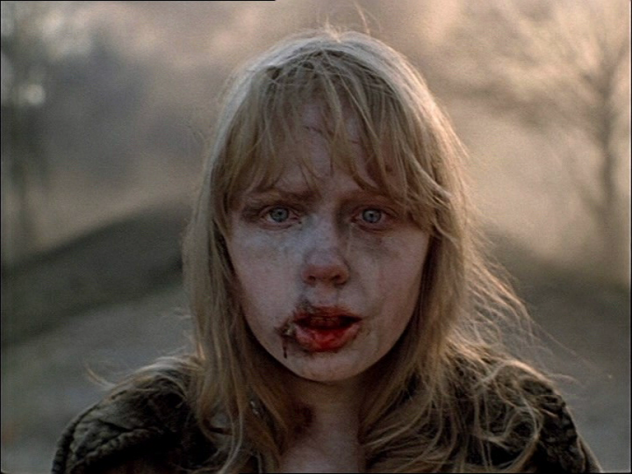 Come and See was a 1985 film from the Soviet Union that told the story of shell-shocked victims of the Third Reich’s invasion of the USSR. As far as filming it, Elem Klimov might have been a bit too realistic. Actual bullets were fired at cast members. Even though no one was actually trying to shoot anyone, lead actor Aleksey Kravchenko described how bullets came within inches of his head during a take. As reviewers have noted, the feeling of this danger does somewhat manage to come across to the viewer, but was it really worth it?

2 Last House On The Left 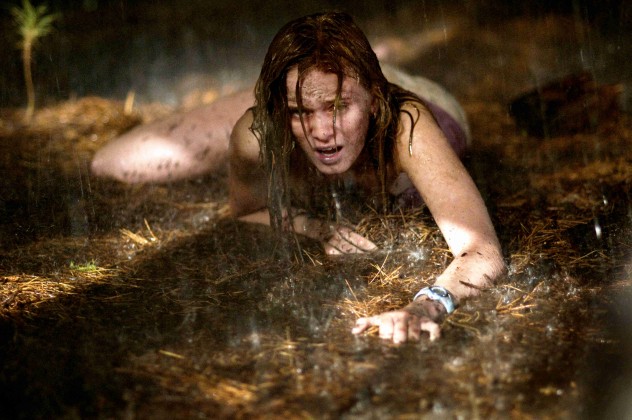 This was Wes Craven’s breakout film, and it’s one where he felt he went too far on the content. According to him and actors David Hess and Marc Shaffer, things got too serious behind the scenes as well. For example, to get a properly scared reaction out of his co-star Sandra Cassell, Marc Shaffer grabbed her, held her over a drop, and threatened to throw her off if she didn’t get the take the next shot. Later, during a rape scene, David Hess threatened to really assault the actress to get a better performance. Hess suffered some real and completely reckless fear later when the actor playing the father of Hess’ character threatens him with a chainsaw, which was live, fully functional, and being used without any safety precautions. And this was after filming scenes where the actors were really punching each other.

Watch all the horror of the original Last House On The Left at Amazon.com!

1 Men Behind The Sun 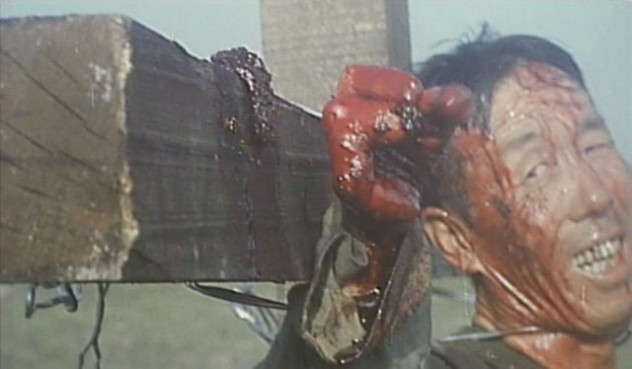 It’s understandable that the director of this 1986 film felt justified in doing so many disturbing things. T. F. Mous was making a film about the systematic torture and human experimentation that occurred in Unit 731 during World War II, and to communicate the horror of that, he probably felt there should be few boundaries between the audience and the real atrocities he was simulating. To that end, there’s a scene in the film where a collection of rats are set on fire, which was done for real. But far worse is the scene where a child that died from exposure is put on an autopsy table. This was a real person that had died just before the shoot. It’s no wonder the film is often described as one of the most disturbing people have ever seen.

Dustin Koski also writes stuff like this and thus feels qualified to say what is creepy.