Nudity is often dismissed as superfluous or sexualized, but these nude scenes left their mark on movie history and culture as a whole.

Nude scenes can seem arbitrary and gratuitous, but some are markers of history that either moved cinema forward, shocked the world, or changed the culture. These are the 10 most iconic moments in movie nudity. A few caveats before the list: these films are natural nude scenes meaning they don’t include prosthetics or CGI (sorry, Mark Wahlberg in Boogie Nights). Here are the most important nude scenes in movie history and their impacts on culture as a whole.

Watch or Buy Ecstasy on Amazon

Leave it to Hedy Lamarr—one of the most fascinating people in global film history—to have a controversial nude scene in 1933. She runs naked through a field and also goes for a naked swim in this Czech film from director Gustav Machaty. The plot was liberating, too, as Hedy plays a woman whose husband is impotent. As a result, she decides to have an affair. She also had the first onscreen orgasm depicted in cinema! The film was a major success, slipping into the public before the strict Hays Code took effect. Hedy went on to become an inventor whose work in radio technology was used by Allies during World War II and is also the basis for Bluetooth technology. All of that from an actress who brazenly went nude!

Watch or Buy Fast Times at Ridgemont High on Amazon

There is no denying the power of the teen sex comedy and its height in the 1980s. From Revenge of the Nerds to Porkys, there were countless films where teens and college students were getting naked and ogling each other all in the name of good fun. One film stands out above the rest and it’s Fast Times at Ridgemont High. Directed by Amy Heckerling, the movie gives a little more attention to its female characters than other movies in the genre (David Lynch was actually approached to direct, but thankfully the honor went to Amy). One of the most memorable scenes is a dream sequence in which one young man is in the bathroom dreaming about Phoebe Cates slowly emerging from a swimming pool and opening up her red bikini top to show her bare chest. Why is this important? It’s definitely one of the pornier nude scenes in movie history that managed to elevate the genre of the teen sex comedy. When people think of the genre and this movie, in particular, that scene comes to mind.

8 Eva Green, Louis Garrell, and Michael Pitt in The Dreamers

Watch or Buy The Dreamers on Amazon

Bernardo Bertolucci’s The Dreamers is an ode to bohemian youth in 1960s Europe as an American spends time in Paris in 1968. He meets a brother and sister duo whose parents are out of town, so the three stay at the family apartment and spend time exploring that very 60s notion of free love. Threesomes have been depicted on screen in all kinds of ways (Y Tu Mama Tambien is a great example), but The Dreamers introduced incest and political unrest. The sensuality in the movie is juxtaposed with the greater cultural strife felt in Paris in the late ’60s. It feels like the entire city—and the world—is about to explode, and in this scene, the three find their curiosities also explode as the damn bursts, and they engage in a menage a trois. The dreamers love to escape the greater political revolutions going on around them, either in the apartment without parents, at the movies, or with one another’s bodies. It’s a beautiful scene in a poetic film that shows how people actively ignore the struggles of the outside world.

7 Dakota Johnson and Jamie Dornan in 50 Shades of Gray 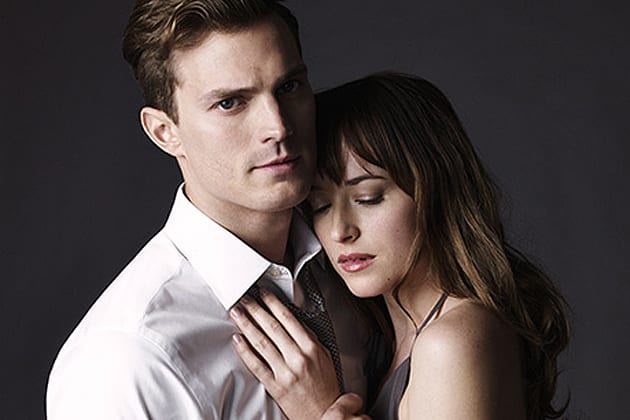 Watch or Buy 50 Shades of Gray on Amazon 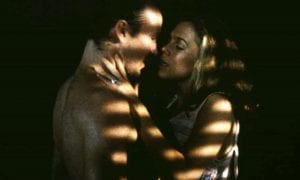 In classic film noir (such as The Big Sleep, To Have and Have Not, and Double Indemnity), sex was confined largely to innuendo and subtle wordplay. To some extent, that was a response to the conservative production codes of the era, but it also lent the films a kind of latent sexual tension: We couldn’t see the characters having sex, so we imagined them having sex for the whole film. But in the ‘70s and ‘80s, we got to see the sex. And in Body Heat, we got to see a lot of it, as William Hurt’s lawyer and Kathleen Turner’s alluring, married socialite found themselves having a torrid, fatal affair. Indeed, it’s hard to pick one particular sex scene among the many featured in this film, but we’ll go with the mostly clothed one in which Turner, playing vulnerable but never taking her eyes off him, strangely seduces Hurt into breaking into her own house. After 1981, whenever anyone referred to a “steamy legal thriller”—and, curiously, people often did—visions of Body Heat began to dance in everyone’s heads.

5 Chloe Sevigny and Vincent Gallo in The Brown Bunny 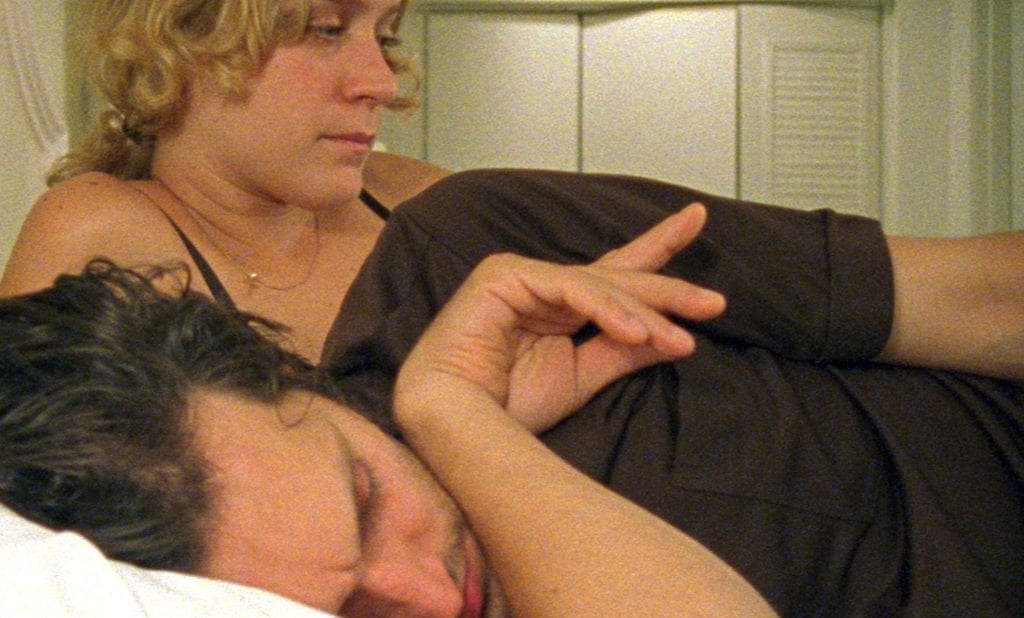 Watch or Buy The Brown Bunny on Amazon

There are rumors about several realistic sex scenes in film history that are unsimulated, like Gaspar Noe’s Love and 1979’s Caligula. Still, one such famous scene that’s long been believed to be real is from the 2003 Indie film The Brown Bunny. This isn’t the only “real” sex scene in movie history, but it is by far the most famous. Chloe Sevigny gives graphic oral sex to Vincent Gallo who directed this bleak film about a traveling man looking for meaning on his way to California. Chloe Sevigny has said she thought the film would barely be seen and was surprised that this art-house flick got so much attention. She says the scene didn’t hurt her career, only some of her personal relationships and that she and her mom don’t talk about the movie at all. That’s fair.

Watch or Buy Psycho on Amazon

Filmmaker Alexandre O. Philippe has been quoted as saying, “There were movies before the shower scene and movies after the shower scene.” While it’s not the most explicitly nude scene on this list, it essentially did away with the censorship code that ruled Hollywood for nearly thirty years. Not only that, but it made people terrified to ever take a shower again. This scene is another one that is so iconic, some people might not even know what movie it is from. It’s been widely parodied, remade, and referenced ever since its debut in 1960 to horrified crowds around the country. Director Alfred Hitchcock fooled censors by using extreme closeups and revolutionary editing techniques for a total of 78 camera shots and 52 edits. Not only was Janet Leigh in her bra and underwear having a post-coital conversation with a man she was not married to, but this shower stabbing had censors in a tizzy. The most controversial scene shot? The shot of the toilet flushing at the end of the scene. That was actually Hollywood’s first toilet scene. As for the nudity, Janet wore moleskin on her nipples to hide her most sensitive areas and a body double, Olympic swimmer Marli Renfro, stood in for her for some shots. Between the two women, the most famous shower scene in history was made. 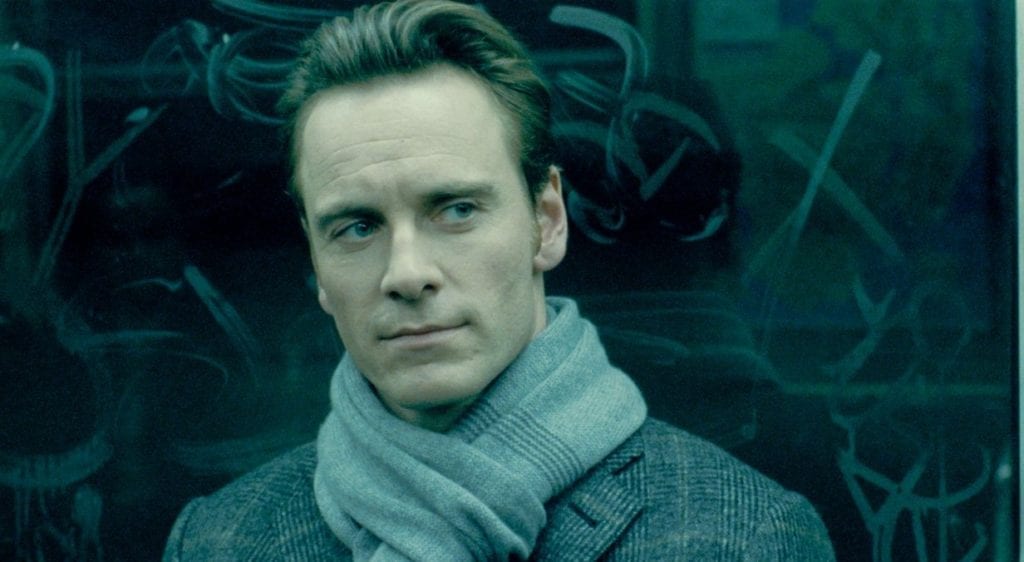 Watch or Buy Shame on Amazon

Full frontal male nude scenes are very disproportional to female full frontal scenes. Leave it to the film Shame about a man struggling with sex addiction to boldly show Michael Fassbender’s penis as he walks in and out of frame. The NC-17 film is filled with nude scenes and sex scenes devoid of love to show what this man’s shameless addiction feels like. As shocking as the movie is as a whole, it’s most memorable for Fassbender’s penis making its way on camera. It’s rare to see this much male nudity in a movie that isn’t being used for comedic effect, which has partially become what the drama is most famous for. In some ways, that’s a “shame” because the movie is very good, but on the other hand, the world got to see Michael Fassbender nude.

2 Jaye Davidson in The Crying Game 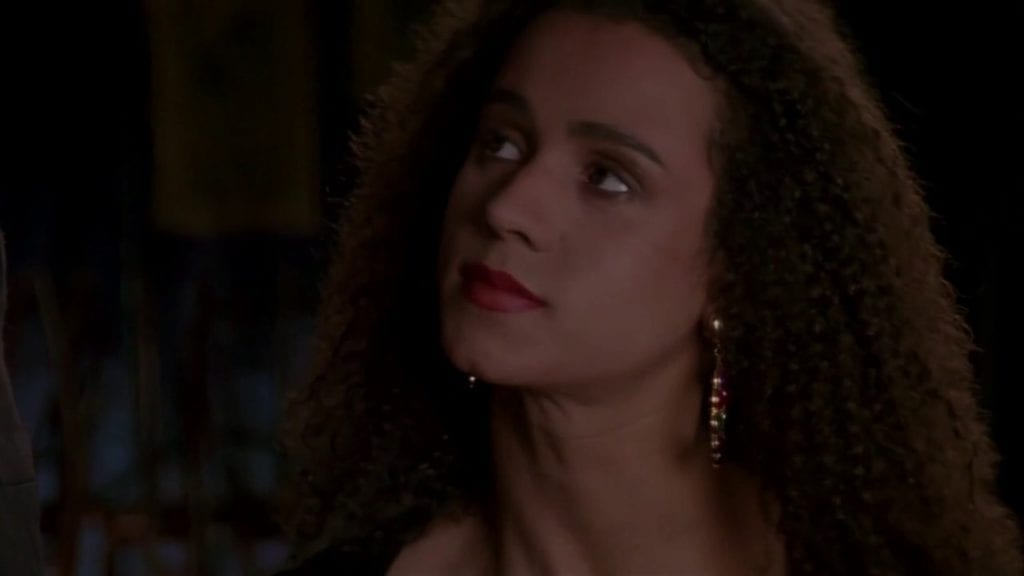 Watch or Buy The Crying Game on Amazon

Jaye Davidson’s role as Dil in The Crying Game is an example of a nude scene advancing the plot. This story about a man who goes searching for a deceased soldier’s lover and ends up also falling for her. The movie takes a shocking turn when it is revealed that Dil is a transgender woman (shocking for 1992, anyway). The reveal of Jaye Davidson’s body is one of the most shocking and well-done twists in history while also showing the layers and complexities of gender and sexuality. The movie as a whole is filled with more twists and turns.

It’s actually pretty rare to see a flash of a woman’s downstairs on the big screen, which is why Sharon Stone’s crotch flash was so shocking. It’s the kind of scene people know about even if they’ve never seen the movie. Sharon is effortlessly cool, wearing a white minidress with her legs crossed as she smokes a cigarette during an interrogation. She keeps her cool and her steady gaze as she very deliberately uncrosses her legs, opens them slightly, and crosses them again. She’s not wearing underwear and she lets everyone in the room see it! The scene is not only shocking and sexy, but it shows Sharon’s character as in control. She commands attention, and she knows how to use what she’s got to gain more power. This is a leg cross that will never be forgotten.


For more on the less-dressed side of life check out 10 Surprising Attitudes Toward Nudity, and Top 10 Most Famous Adult Film Stars.

About The Author: Stephanie Weber is a pop culture writer and comedian who has been published in Slate, The AV Club, Bustle, Refinery29, Reductress, and more. She is a staff writer for Mr. Skin.