In early 2000, a tree landed on the last living Pyrenean ibex, turning that proud creature into just one more statistic on an ever-growing list of extinct species. Then, in 2009, a goat gave birth to a cloned Pyrenean ibex in a government-funded miracle that marked the first time any species had been brought back from extinction. Seven minutes later, the baby clone died, and the Pyrenean ibex was granted the further distinction of being the only species that had managed to go extinct twice. But the precedent was set, and now we’re looking at a whole new lineup of animals that just might be heading down the path of the Pyrenean ibex. That is, we’re totally going to bring them back to life. 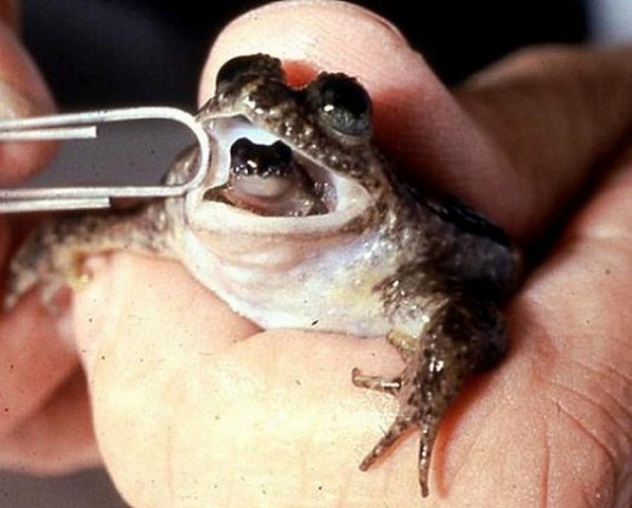 It’s a shame when any species goes extinct, but it’s almost a special flavor of shame when it’s an animal as unique as the gastric brooding frog. This mid-sized Australian frog doesn’t seem like much at first, but we never had much time to study it either. It was discovered in 1972 and declared extinct in 1983. But the gastric brooding frog has a unique trait: It converts its stomach into a womb and gives birth by vomiting its offspring through its mouth. While the eggs are forming, the frog stops eating and diverts its stomach acid to a different part of its body—meanwhile its stomach bloats so much that its lungs collapse and it begins breathing through its skin.

A zoology professor at the University of New South Wales named Michael Archer is leading the crusade to bring the gastric brooding frog back from the dead. And he’s doing more than crusading—he’s succeeding. In 2011, Archer and his team created a cluster of gastric brooding frog cells that began reproducing on their own. Despite their success so far, progress is slow because of the surrogate species they chose—barred frogs, the closest DNA match, only reproduce twice a year. If they miss that window of opportunity (and they have) the only thing to do is wait until the next year for viable eggs. 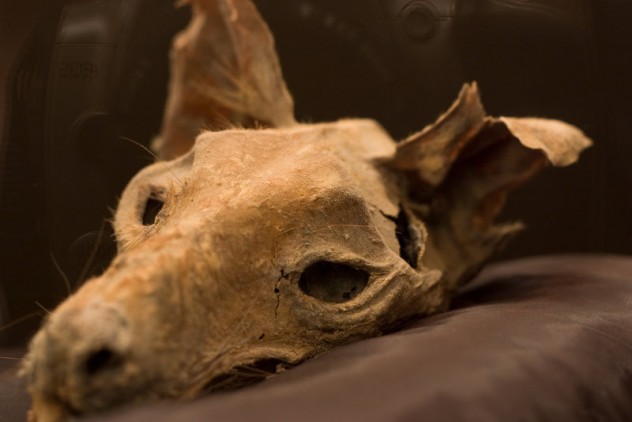 The thylacine, otherwise known as the Tasmanian tiger, was officially declared extinct in 1986, although it had already been 50 years since the last sighting. Once an abundant part of Tasmania’s natural wildlife, the Tasmanian tiger became so much of a problem for sheep farmers in the 1800s that the Tasmanian government offered to pay £1 for every Tasmanian tiger killed. Unsurprisingly, it was hunted to near-extinction, and the last known thylacine died in 1936.

However, the thylacine may have been dead, but it wasn’t lost—in 1918, the Museum Victoria in Melbourne preserved several dead thylacines in tubs of alcohol. And with just these few remaining tissue samples from nearly a century ago, two researchers from the University of Melbourne began picking apart the creature’s DNA. By 2008, they had patched together enough of the thylacine’s genome to insert it into a mouse embryo, and the mouse began displaying traits from an animal that hadn’t walked the earth for 80 years. 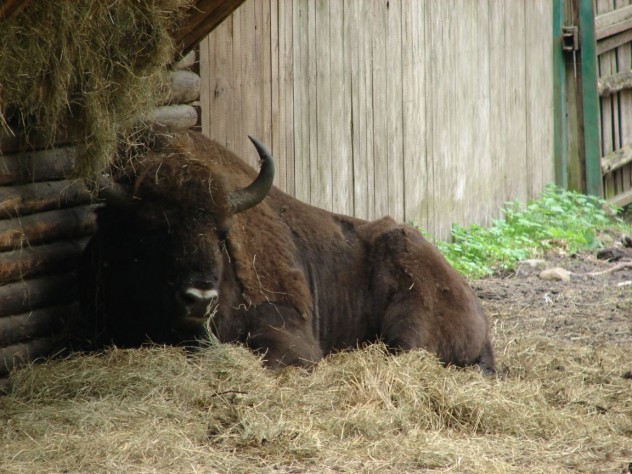 A predecessor of modern-day European cattle, aurochs were declared extinct in 1627 after slowly losing their natural habitat to the spread of civilization in the Middle Ages. Although there hasn’t been a living specimen in nearly 400 years, their descendants are still closely related in terms of DNA structure, which makes aurochs one of the top candidates for de-extinction right now.

A Dutch group called Stichting Taurus is digging into the problem—they’re studying bone fragments from the aurochs to piece together the DNA structure. The next step? Evolve a cow. Once the aurochs’ DNA sequence has been recreated, the Dutch scientists will systematically test living European cows to find the closest DNA match. If they find a potential surrogate, they’ll introduce the aurochs DNA into an embryo, then selectively breed that new line of cattle through several generations. Essentially, they will be reversing 400 years of evolution in the space of a few years, in the hopes of reintroducing aurochs to the Dutch countryside and replacing the domesticated cattle that already live there.

This isn’t actually the first attempt to clone aurochs—during World War II, the Nazis made a similar attempt, producing a bastardized cattle strain that became known as “heck cattle.” 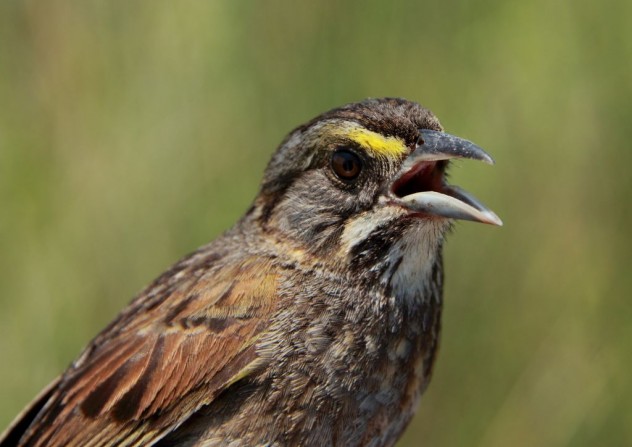 When the Kennedy Space Center was built on Merritt Island in 1965, NASA was faced with a problem it hadn’t foreseen: The area was chock full of mosquitoes. So they set to work flooding the surrounding salt marshes to kill all the mosquito larvae, but they also inadvertently destroyed the only habitat of the dusky seaside sparrow. The species never recovered, and the last captive specimen died in 1987.

Named “Orange Band,” that final sparrow was given a martyr’s funeral—but not before its heart and lungs were removed and packed on ice so that they could be cloned in the future. Although there haven’t been any attempts to bring the species back yet, we have been working on mapping the dusky seaside sparrow’s DNA from those preserved tissue samples. Once the process has been tweaked a little more, this will likely be one of the first species in line. 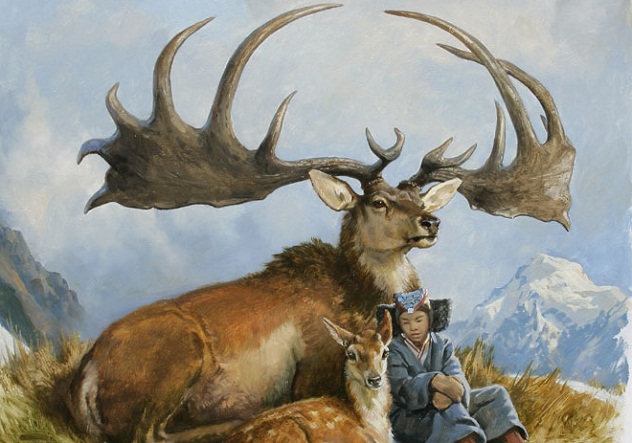 The biggest obstacle in de-extinction right now is finding surrogates to give birth to animals that have long been extinct. With the method being researched currently, DNA from the extinct animal is placed in the embryo of a modern-day counterpart that’s similar enough to carry the baby clone to term. In the case of prehistoric animals like the Irish elk, part of the megacerine family of giant deer, the problem gets even harder—where do you find a modern deer that can give birth to something that will grow to a height of two meters (about seven feet) with 4.2-meter (14 ft) antlers?

As it turns out, sometimes you just need to look in your back yard. Researchers at University College London discovered the closest relative to the Irish Elk was none other than the fallow deer, which is relatively common in England and Ireland. They’re now mapping the DNA from a 13,000-year-old Irish elk fossil in the hopes of bringing one back from the grave in the near future. 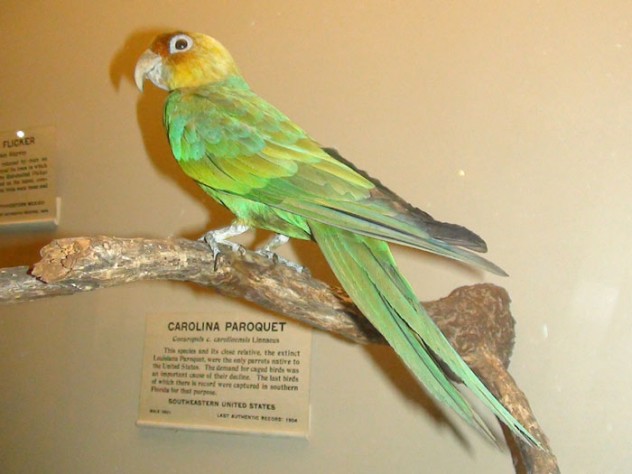 Parrots and parakeets are usually found in tropical locations, like Central America. But less than a century ago, one species of parakeet made its home along the Eastern seaboard of the US—the Carolina parakeet, which went extinct in 1918. Like many now-extinct animals, the Carolina parakeet was driven out of existence by mass hunting. The bright coloring of its feathers drove demand for use in hats and clothing, and by the early 1900s, the bird had all but disappeared from the wild.

Fortunately, there are dozens of specimens left over from the era of the Carolina parakeet, and the mitochondrial DNA was sequenced from eggshell fragments at the New York State Museum last year. For years, biologists and historians have been clamoring for a Carolina parakeet clone, and although there aren’t any official plans in place to actually create a clone, the same researchers who obtained the DNA sequence went a step further and declared the Nanday parakeet to be a possible surrogate—you know, just in case. 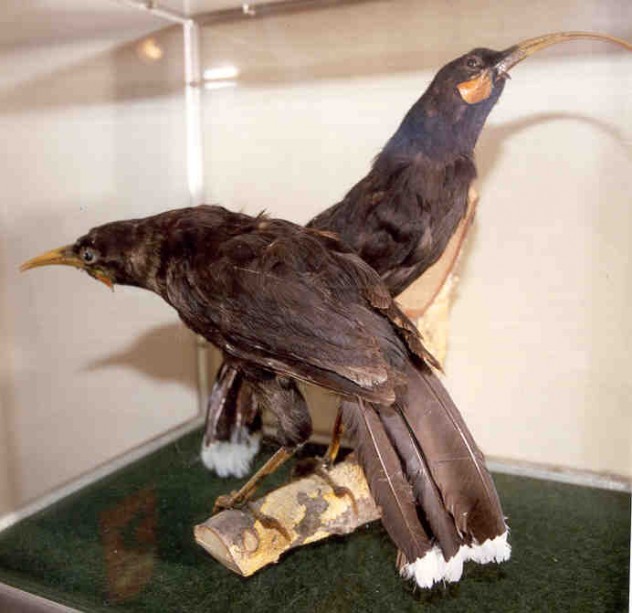 The huia bird was a large waterfowl endemic to New Zealand that was most distinctive for the long, curved beak on the female members of the species. To the Maori tribesmen of New Zealand, the huia was a sacred animal, killed often but only so that its feathers could be turned into ornamental headdresses. When Europeans visited the island, they liked the idea of huia feather–hats so much they just sort of killed the rest of them. The last confirmed sighting of the huia was in 1907, but although it’s generally considered extinct, it’s possible that there may be a few huias living deep in the Te Urewera National Park on New Zealand’s North Island.

Not content to speculate on possibilities, a group of geneticists met in New Zealand in 1999 to figure out whether it would be feasible to clone a huia and bring the species back for good. The overall consensus was that it would be possible, and a US start-up called CyberUni agreed to fund the project. Even the Maori agreed to participate in the cloning of their sacred bird. Nothing has happened yet, but the plan has been laid: to make it work, all we would need to do is find a viable cell on one of the few museum specimens left, extract the nucleus from the cell, then implant that cell into an ovum taken from another bird and deliver either an electric shock or a dose of UV radiation to kick-start the cell division. Simple, really. 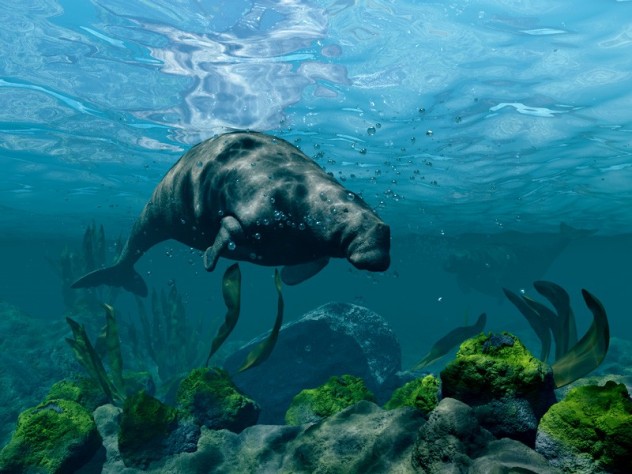 The Steller’s sea cow, a relative of the manatee, was first discovered in 1741 off the Bering Island near Russia. Large, slow, and a surprisingly bad swimmer for a sea creature, the Steller’s sea cow population had already dwindled by the time of its discovery to the point that it was only found around that one section of the Bering Sea. Sailors and fur traders loved them, and it took less than 30 years to mop up the rest of the Steller’s sea cows—they were officially declared extinct in 1768, 27 years after their discovery.

Although there hasn’t been a living Steller’s sea cow in nearly 250 years, their bones are still washing up on beaches, and a 2011 Russian research team provided a DNA sequence from several specimens, paving the way for a cloning project. 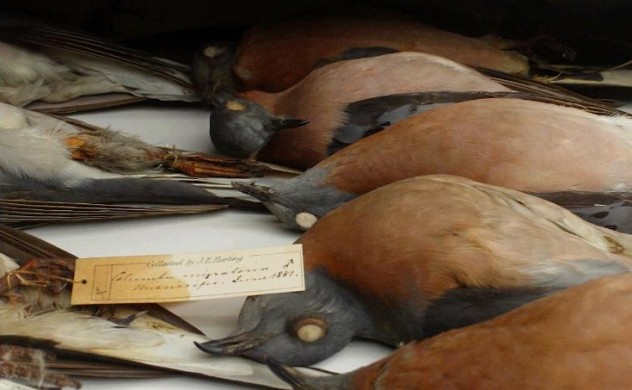 Like the thylacine, passenger pigeons were once extremely abundant (a single flock could number in the millions) and they were found all across the Eastern and Central United States in the 1800s. But through the unfortunate combination of being both delicious and easy to kill, they were also hunted by the millions, and despite conservation efforts in the early 1900s, there soon weren’t enough to maintain a sustainable population. 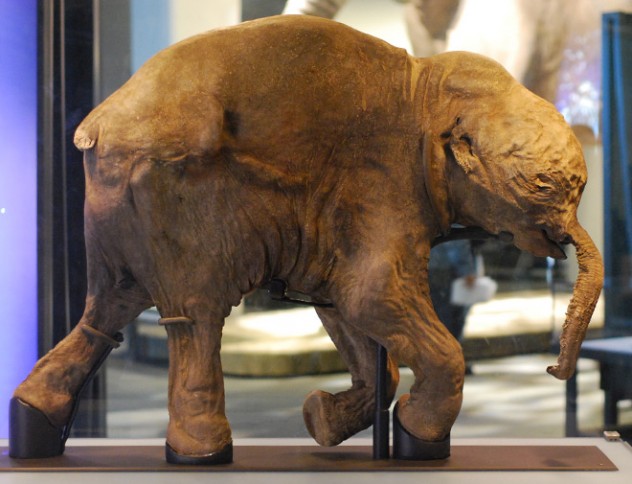 The woolly mammoth is one of the more popular candidates for resurrection, and for good reason—it might actually work. Although there hasn’t been a living mammoth for about 200,000 years, the fact that they died during an ice age in a region that’s still pretty frozen to this day (modern-day Siberia) means that we’ve been able to dig up whole specimens that are practically still gooey because they were preserved so well.

In 2011, a team of Tokyo-based researchers announced a deadline: They would have a living, breathing woolly mammoth within five years. But while it’s technically possible to clone a mammoth by the normal method—extracting cell nuclei, putting it into an embryo from another species, and implanting the altered embryo into a surrogate mother—the thawed mammoth cells have an annoying habit of dying before a nucleus can be extracted.

But there’s another possibility. In 2006, we found that introducing four simple proteins into an adult cell will revert it into an embryo stem cell. The process is quicker than extracting nuclei, and stem cells will live much longer than most other cell types. And with stem cells as a starting point, it’s possible to create reproductive cells based on sex—for example, sperm, if the original cell was from a male mammoth, or gametes if it was from a female. And with those two pieces, anything’s possible.

Of course, the question that hangs at the back of all of these examples is, would a resurrected species ever be able to survive in the wild again? And if it did, would it crowd out some other species to find a new habitat? And most importantly, where are the dinosaurs?