Some animals are on the verge of extinction. The difference between a related group of animals continuing for another generation or becoming just another addition to the history books may be the survival of just a few species.

Some have even gone extinct in the wild and are only around because we had them in captivity. Nevertheless, every animal on this list will be extinct in a few years unless breeding programs become successful or some miracle happens. 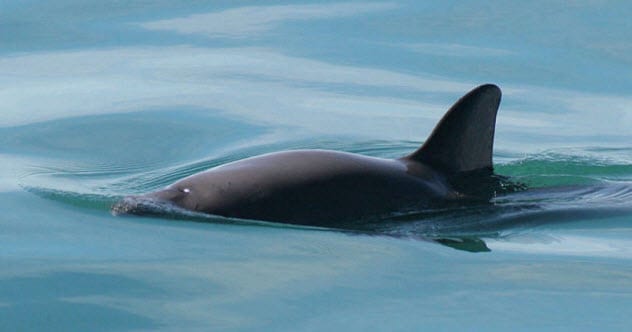 The vaquita is one animal you have probably never heard of. It is a small porpoise that only lives in the Gulf of California. It presently holds the title of the “rarest marine mammal in the world.” Only 10 are left in the wild, and that number is going down.

The vaquitas are endangered because of the illegal poaching of the totoaba fish, which is also native to the vaquitas’ natural habitat. The totoaba fish is in high demand in China where traditional medicine men claim that it cures several illnesses.

For the vaquitas, it could be the difference between survival and extinction. Lots of them get entangled in those nets. In fact, over 20 vaquitas could have become entangled in nets since 2017 when their population was put at 30.

The Mexican government has declared a part of the Gulf of California as a refuge area for vaquitas. However, it does not seem like it will save the animals. Poachers still hunt for totoaba fish within the refuge, and the government seems to be incapable of stopping them.[1] 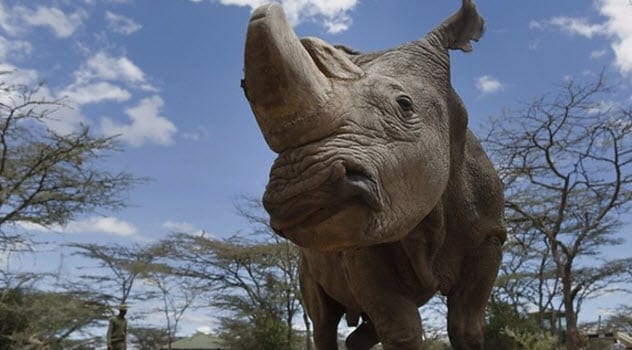 Until March 2018, only three northern white rhinos were left in the world. Now there are only two. Sudan, the last male northern white rhino, was euthanized at Ol Pejeta Conservancy in Kenya in March 2018 after suffering a series of complications caused by old age. Sudan was 45 years old, which is equivalent to 90 in human years.

Javan and Sumatran rhinos are two other species of rhinos at the brink of extinction. The Javan rhino has a population of just 67, while the Sumatran rhino has just 100. The southern white rhino is much better off. There are between 19,000 and 21,000 left in the wild.[2] 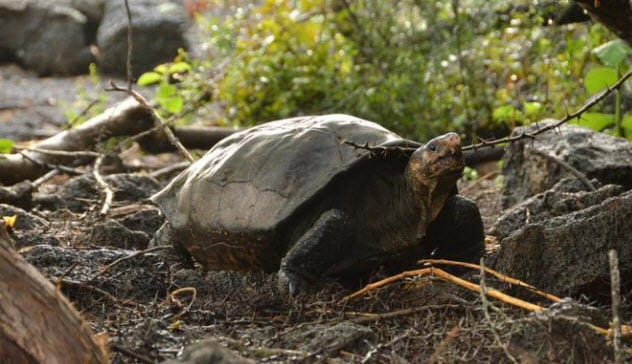 The Fernandina Island tortoise (Chelonoidis phantasticus) is native to Fernandina Island, one of the several islands that form the Galapagos Islands. The tortoise was considered extinct until one showed up this year.

Before this discovery, the last time a Fernandina Island tortoise was spotted was in 1906. It disappeared thereafter. In fact, some began to doubt whether it really existed or was just another joke or misidentified species.

This year, a team from Galapagos National Park and the Galapagos Conservancy proved that the Fernandina Island tortoise really existed when they visited the island to find the tortoise. They discovered an adult female that is over 100 years old. Researchers also found tortoise footprints and droppings, indicating that more tortoises could be in the area.

Interestingly, unlike most other animals that are at the brink of extinction due to human action, the Fernandina Island tortoise is at risk because of its habitat. Fernandina Island contains active volcanoes. Lava sometimes flows down the sides of the mountains, killing the tortoises.[3]

Humans played a part, too. From the 17th to the 19th centuries, Fernandina Island was a fertile hunting ground for passing ships, which often stopped by to hunt tortoises. Over 100,000 tortoises were hunted during that time. Today, feral non-native animals like pigs, dogs, cats, and cattle also prey on the tortoise eggs or compete with the tortoises for food. 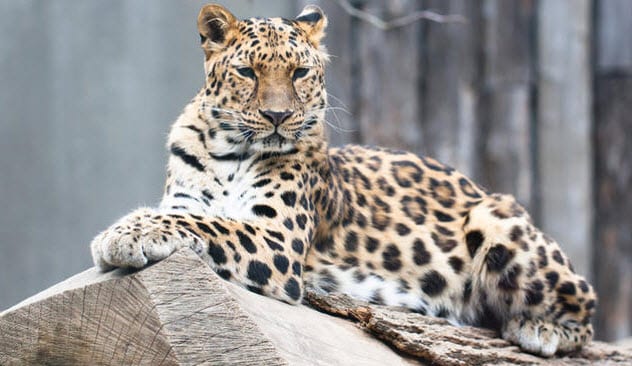 Several species of leopard across the world have been experiencing a declining population over the past decades. They are often killed by poachers and humans who consider them a threat. They have also lost large tracts of their natural habitats to deforestation.

The Amur leopards are the worst hit. Only 60 cats are estimated to be left in the wild, making this subspecies one of the most endangered cats in the world. The majority of the surviving leopards live in the Land of the Leopard National Park, an Amur leopard nature reserve in Russia. The reserve covers 60 percent of the cats’ natural habitat.

While considerably safe from humans, the leopards are at risk from other predators in the forest, including the Amur (Siberian) tiger. Determining the population of the Amur leopard has been difficult because it is one of the world’s most elusive cats. To help with the count, park officials installed motion-sensitive cameras at strategic locations.[4] 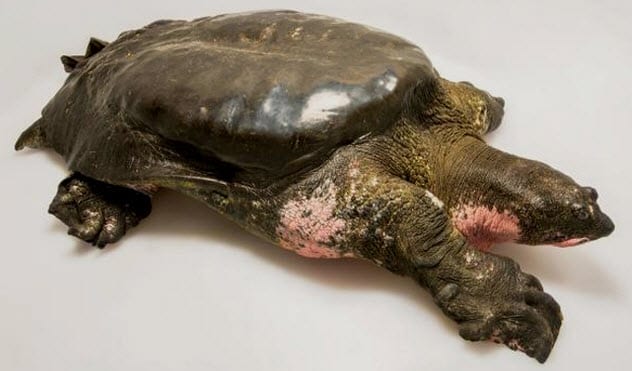 The Yangtze giant softshell turtle (Rafetus swinhoei) is native to the Red River of China and parts of Vietnam. This is why it is also called the Red River turtle. Unfortunately, this animal has lost a large part of its habitat to the massive infrastructure development in China. And it continues to lose more, especially as China builds more dams.

Only three Yangtze giant softshell turtles were left in the world as of 2017. A male and female pair are held at Suzhou Zoo, China, while the third lives in Dong Mo Lake in Vietnam. The sex of the third is unknown because the turtles are naturally elusive, making them difficult to spot and observe.

Besides the loss of habitat, the Yangtze giant softshell turtle also suffers a declining population that is caused by poachers killing them for their eggs, meat, and skin. Poaching has actually caused a decline in the population of every other turtle species across the world.[5]

The Yangtze giant softshell turtle got a population boost in 2018 after a wild turtle was found in Xuan Khanh Lake in Vietnam. There may be even more as locals living around China’s Red River have reported spotting one or two turtles. 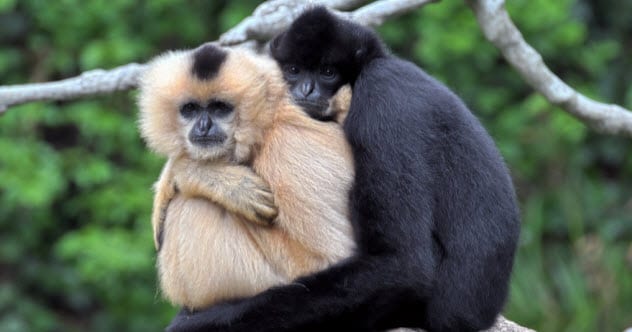 The Hainan gibbon (Nomascus hainanus) is the world’s rarest primate. Only 25 are left in the wild. They are cramped into a pitiable 2-square-kilometer (0.8 mi2) area of Bawangling National Nature Reserve on Hainan Island in the South China Sea.

The Hainan gibbon suffered a massive population decline after losing most of its habitat to deforestation. Poachers also took their toll on its population as the animals were widely hunted for food, for their supposed medicinal properties, or just to be sold as pets.

The massive population loss has led to inbreeding and a decline in general health. Almost every gibbon on the island is related. Curiously, the Hainan gibbon is not the only gibbon at risk of extinction. Eighteen of their 19 species are endangered.[6] 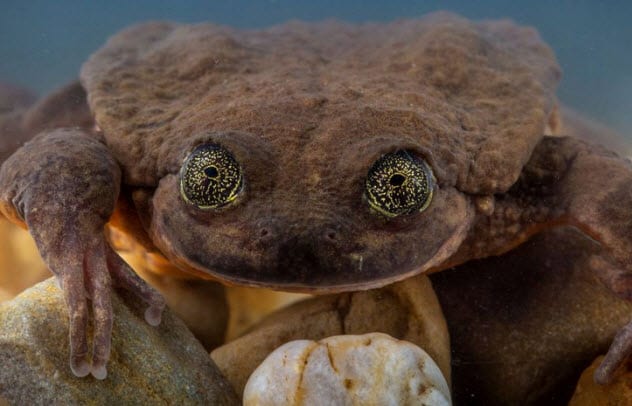 The Sehuencas water frog is native to the cloud forests of Bolivia. In recent years, the frog has suffered a population decline after losing large areas of its habitat to pollution and climate change. The loss of population has been worsened by the deadly Chytrid fungus and an invasive trout fish that eats the frog’s eggs.

Romeo was alone until Match.com, the Global Wildlife Conservation, and the Museo de Historia Natural Alcide d’Orbigny decided to raise funds for an expedition to find a partner for the frog. It started with Match.com creating a profile for Romeo. This raised awareness and the needed funds for the expedition.

The expedition team found five more frogs. Two were male, and three were female. Each female was paired with a male, including the third which was paired with Romeo. She was called Juliet.[7] 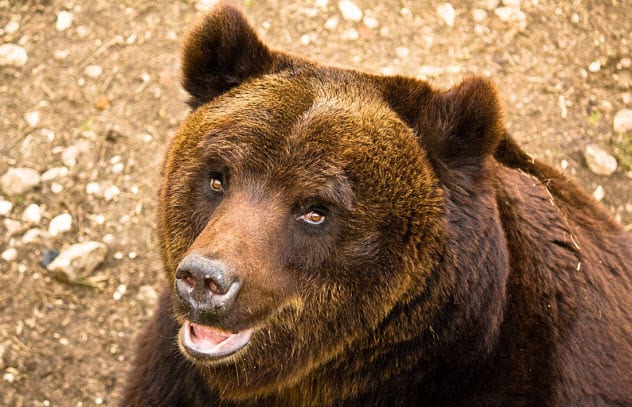 The Marsican brown bear (Ursus arctos Marsicanus) is a subspecies of the brown bear. It lives in the Apennine Mountains of Italy, which is why it is also called the Apennine brown bear. Hundreds of bears lived in the mountains a few centuries ago. But they soon got into conflict with shepherds and farmers, who considered them pests. Only 50 are left today.

Italy is making conservation efforts and trying to tag the bears to monitor their movements. Unfortunately, in 2018, a tagging operation ended badly after a bear died during a botched capture attempt. The bear suddenly suffered breathing difficulties and died after it was sedated to be tagged with a radio collar.[8] 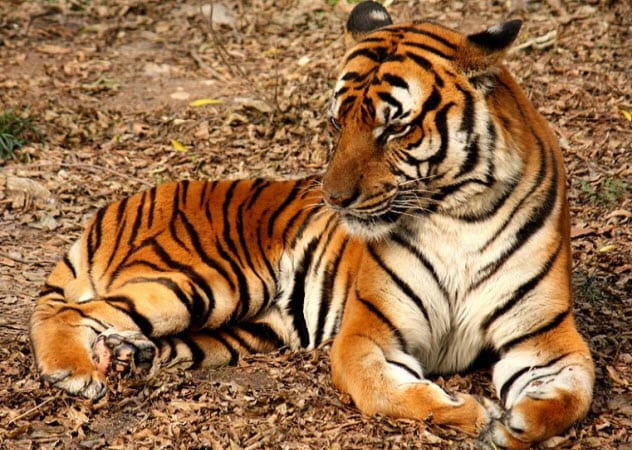 The South China tiger (Panthera tigris amoyensis) is a subspecies of the tiger. It is believed to be the major tiger from which other subspecies descended. However, that would not matter anymore if it goes extinct—which could be soon. Only 24 are estimated to remain in the world.

The South China tiger became endangered in the 20th century when deforestation put it in close proximity to humans. It was massively killed at the time because it often fed on livestock. The tiger’s population never recovered. In the 1970s, there were 4,000 left in the wild. Today, there are none. All 24 survivors are in captivity.

However, there are claims that 20 South China tigers are in the wild. Some even argue that the wild population is far more than 20. However, nobody has reported a verifiable sighting of the tiger in 20 years. The captive population is not faring any better. The current population is way below the 50 tigers that were in captivity in the mid-1990s.[9] 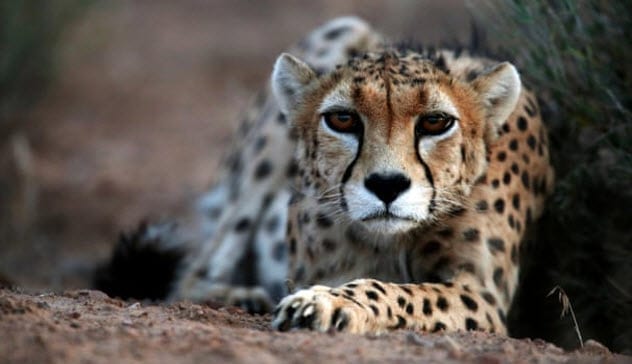 The Asiatic cheetah (Acinonyx jubatus venaticus) freely roamed through several Asian nations a few centuries ago. India had lots of these cheetahs, but they were hunted to extinction as sport. The Asiatic cheetah started to suffer habitat loss in other parts of Asia during the 19th and 20th centuries when huge parts of its natural range were turned into farmland.

The Asiatic cheetah soon went extinct everywhere except Iran. Today, it is considered native to Iran. With only 50 left in the country, it’s only a matter of time before the animal becomes native to nowhere.

In Iran, the Asiatic cheetah will occasionally kill sheep and goats, drawing the ire of herders who hunt and kill it in return. Its range also crosses the highway, where it often ends up as roadkill. Mines are also springing up within its range, further reducing its territory.

Conservation efforts have been frustrated by the economic sanctions imposed on Iran. It worsened in 2017 when the UN stopped funding the conservation and suggested that the Iranian government take over. However, that could be difficult because Iran has reduced the budget of the Department of Environment that is responsible for overseeing the cheetah’s habitat.[10]