Nearly every religion or mythology has a paradise which promises everlasting rewards if its followers obey the rules. There are quite a few similarities between them—mainly eternal youth, peacefulness, and an absence of evil or strife—but there are quite a few differences as well. 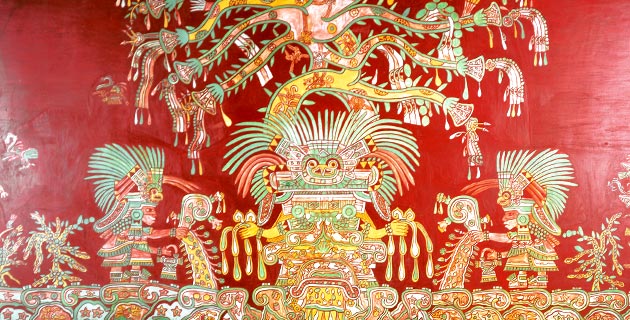 For the Aztec people, Mictlan was the place where nearly all mortals went when they died, regardless of how they lived. However, if certain conditions were met, the soul could be granted access to other afterlives. One such place, known as Tlalocan, was home to the rain god Tlaloc and was exclusively for those who died because of rain, lightning, or various skin diseases, or were sacrificed to the deity. It was said to be peaceful and full of flowers and dancing (makes sense with all that rain). Those with physical deformities, who were said to be under the watch of Tlaloc, were also granted access to the paradise. The souls of those who went to Tlalocan frequently reincarnated, passing back and forth between realms. 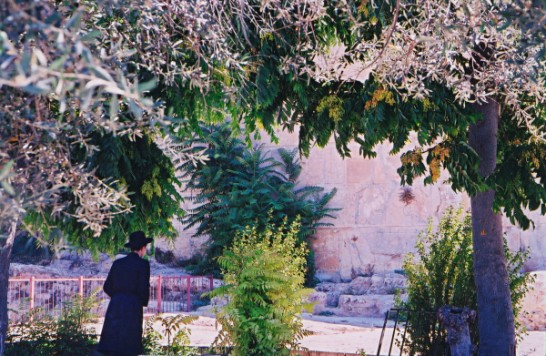 Gan Eden (Hebrew for “the Garden of Eden”) is the final spiritual plane in Judaism, where the souls of the righteous go to spend eternity with God. It’s described as being 60 times better than what we experience on Earth and is the counterpart of Gehanna, a kind of Jewish purgatory, where sinners go to purify themselves of the wrongs they committed (most only have to stay there for 12 months but the truly wicked never come out). It is sometimes compared to the Garden of Eden in the Bible, but it is a distinct place which has never been seen by mortal eyes. 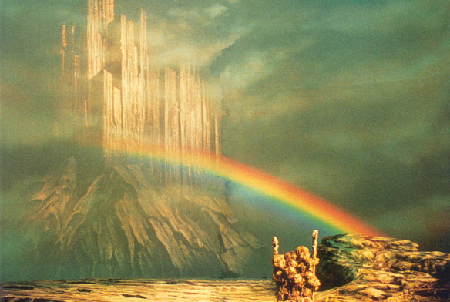 Most people are probably familiar with Valhalla, the heaven-like place where the souls of fallen warriors are taken in Norse mythology. However, according to the myths, half of them were actually said to go to a place called Fólkvangr, which translates as “field of the host” or “army field.” This afterlife was ruled by Freyja and was supposedly a counterpart to Valhalla. Very few literal descriptions of Fólkvangr have survived, but we do know that it is where Freyja’s hall Sessrúmnir (“roomy seat”) is located, which itself is described as “great and fair.” Women were also believed to be able to end up there, even if they weren’t killed in battle.

7The Fields Of Aaru
Egyptian Mythology 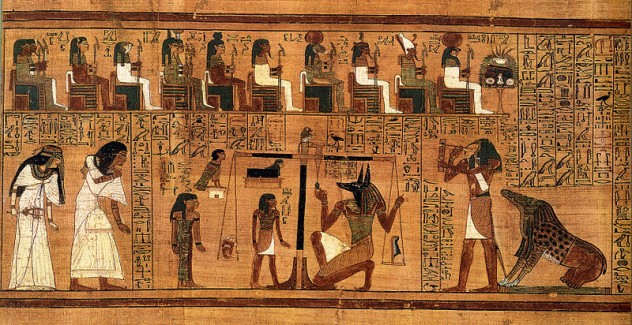 Sometimes known as “the Fields of Offerings” or even “the Elysian Fields,” Aaru was the land where Osiris dwelt after having been resurrected from death. A number of gates, either 15 or 21, each with its own guard, stood between the soul of a righteous person and Aaru. Once they arrived, the souls would find themselves in a land of eternal peace, with magnificent crops and “bread and beer of eternity,” which would never go stale. Other physical comforts were abundant and men could have a number of wives and concubines (No word on what women would get, if they could even get in). Aaru was more or less exactly the same as the mortal world, just better. 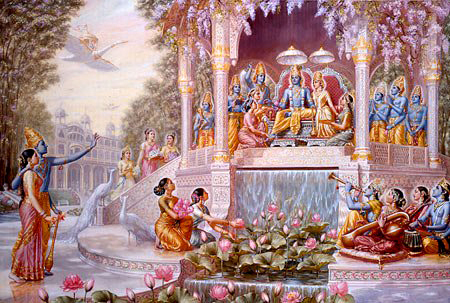 The ultimate destination for souls who have achieved moksha, or “salvation,” Vaikuntha is the highest of heavens in Hinduism and is said to be the place where Vishnu, the supreme god, resides. Upon arrival, the souls are granted love and fellowship with Vishnu, which lasts for eternity. Everyone in Vaikuntha is beautiful and young, especially the women, who are compared to Lakshmi, the Hindu goddess of fortune. Animals and plants are infinitely better than their real-world counterparts, and the denizens of Vaikuntha fly in airplanes, made out of lapis lazuli, emerald, and gold. In addition, the forests have wish-giving trees, specially designed for the inhabitants. Again, men would receive wives and consorts as they pleased. 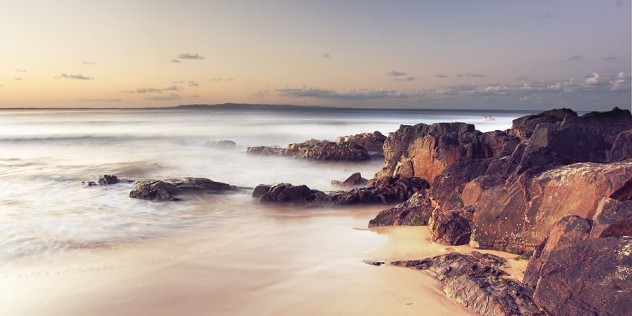 Known to the Irish as “The Land of the Young,” Tir Na Nog was an island far out in the Atlantic Ocean which was said to be a place of eternal happiness and youth. Mortals were normally banned from the island but could reach it if they underwent an extreme trial or were invited by the fairies that lived there. One such mortal was Oisín, who was said to be the greatest poet in Ireland’s history. He traveled there with Níamh Chinn Óir, the daughter of the king of Tir Na Nog, and they stayed together for 300 years—although it only felt like one year to Oisín. Everything you could ever want was found on the island. However, Oisín eventually grew homesick and left, dying when he returned to Ireland. 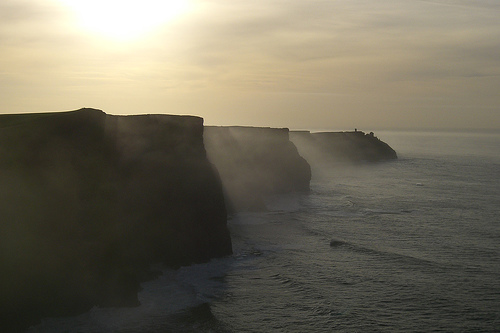 Unlike most depictions of heaven, the Celtic Otherworld was said to be located on Earth, somewhere in the Atlantic Ocean. Sometimes, it is described as an island or chain of islands; other times, the Otherworld is believed to exist beneath the ocean. It is an idealized mirror image of Earth, where sickness, old age, famine, war, and all other evils of the world are banished. The various deities of Celtic mythology are said to call the Otherworld home and the souls of righteous humans interact with them for eternity. In addition, unlike many of the other heavens on this list, mortals were said to have occasionally visited the Otherworld. 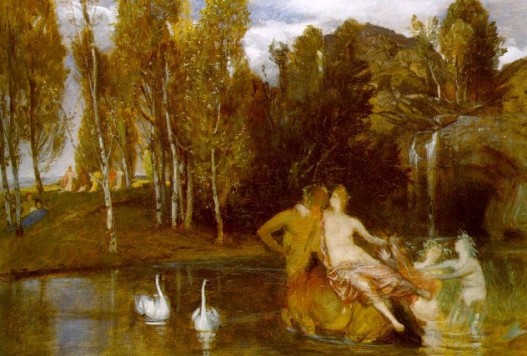 Also known as the Elysian Fields, the Elysian Plain, or the Islands of the Blessed, Elysium’s purpose changed over time for the Greeks. At first, only those mortals who were given special favor by the gods were allowed to enter, but eventually the invitation was extended to all good humans. Homer described it as a place of perfection, without work or strife. Hesiod wrote that “honey-sweet fruit” grows three times a year, nourishing the blessed. Later Greek writers identified the islands of the eastern Aegean or other islands in the Atlantic Ocean as possible real-world locations for Elysium. When reincarnation began to take hold in Greek mythology, Elysium was sometimes split into tiers, with a soul required to gain entry four times into Elysium before being permanently taken to the Islands of the Blessed. 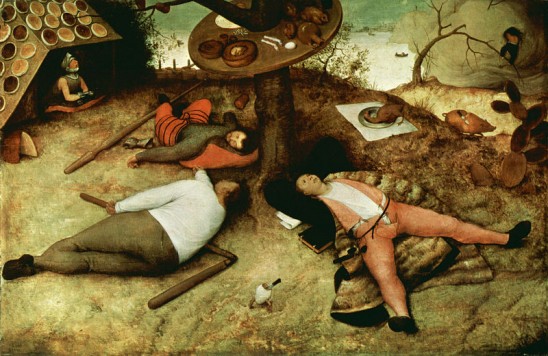 Not associated with any religion, Cockaigne was a mythical land much like heaven, where everyone got whatever they wanted. Rivers of wine were said to flow through the land and the houses and streets were made of pastries. Its location was rumored to be in the Atlantic Ocean somewhere, and it was sometimes seen as an alternative to the “boring” paradise of Christian heaven. Sexuality was extremely pronounced, and nearly everyone engaged in some form of lewd activity (nuns and monks were particularly singled out). In addition, no one needed to work, and there were roast geese which would wander around, begging to be eaten. The American hobo myth of Big Rock Candy Mountain is seen as an evolution of this idea. 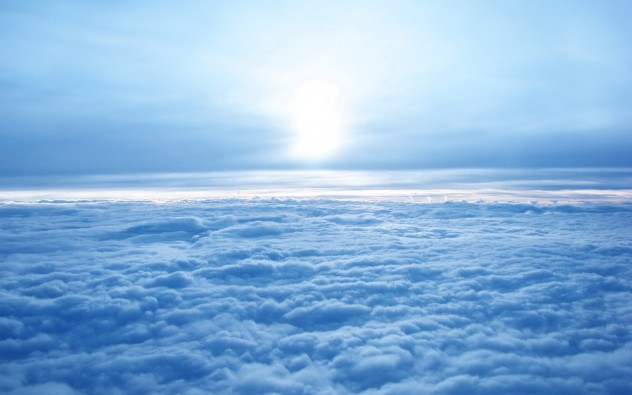 As the largest religion in the world, Christianity’s version of heaven is pretty well known. Attributes like an absence of sadness, war, or sin are common knowledge, as are the pearly gates, but there are quite a few obscure elements which separate Christian heaven from other depictions. For starters, the ultimate heaven isn’t a place yet; the Bible says that a new Earth, where heaven will be, won’t be created until after Armageddon. Until then, the dead are just sort of waiting in an intermediate heaven, feeling no passage of time.

The book of Revelation says that there will be a great city, unparalleled in beauty, with walls made of precious jewels and streets made of gold. God is said to dwell among the humans who make it to heaven, where they worship him for eternity. There is a lot of debate over whether or not those in heaven remember their lives, and the Bible is a little ambiguous on the subject, but Jesus’s promise to see his disciples there has been taken as meaning they do.

Top 10 Atheists Who Changed The World