His legend is timeless: Siddhartha Gautama, the prince of a small kingdom at the foot of the Himalayas, is born into a world of luxury. A close encounter with human suffering shakes him. He leaves his family in search for answers and becomes homeless. After years of searching, he attains enlightenment, becomes the Buddha, and sets in motion a new religion. This list goes beyond the legend of the Buddha and presents ten interesting facts linked to this important historical figure.

10 Not A Religious Leader

This is arguably one of the most ironic facts surrounding the life of the Buddha: The so-called “founder” of Buddhism never claimed to be founding a religion at all. There isn’t a single line of reliable historical data expressing the notion that the Buddha saw himself as a religious leader or that he consciously decided to lay the foundations of a new religious movement. It would be more accurate to say that the Buddha considered himself a teacher who rejected the ways of traditional Hindu religious orthodoxy and offered an alternative path.

Rather than leading a new religion, the Buddha led a sect of wandering homeless ascetics, one of many such sects that existed at that time in India. It was only after his death that the community he founded gradually turned into a religious-like movement.

The many legends of the Buddha present him as a prince, the son of King Suddhodana Gautama. However, there is no historical basis for believing that the Buddha was a prince, since his father couldn’t have been an actual king. It’s believed that the Buddha’s father was actually a regional leader, similar to a tribe’s chief.

The social organization in which the Buddha lived resembled a republican system as opposed to a monarchy. Regular meetings were held between the members of the most influential families. The family of the Buddha was one of the leading families within this political system.

8 Controversy Over His Hometown

Buddhist sources mention the city of Kapilavastu as the hometown of the Buddha, where he lived until the age of 29. The site was identified in present-day Tilaurakot, in the Terai region of Southern Nepal, not far from the Indian-Nepalese border.

When archaeologists began to study the site, the material they found did not date to the time of the city. Kapilavastu is supposed to have been founded a century or more before the birth of the Buddha, but nothing at the site suggested a date that early. As the controversy kicked in, another version was put forth—that Kapilavastu is actually located in Northern India and that the hometown of the Buddha is an earlier phase of occupation of the Piprahwa village.

The dispute is still ongoing, and the exact location of the Buddha’s hometown remains speculative. Further compounding the issue are reports from the ancient Chinese pilgrims Faxian and Xuanzang, who traveled around the area in the fourth and seventh centuries AD, respectively. Both disagree on how far west of Lumbini (the birthplace of the Buddha) Kapilavastu was located.

The traditional date for the birth of the Buddha is somewhere around 560 BC. This date is based on the Indian Chronology, which has been rejected by modern scholars on the basis that in is inconsistent with an important “fixed point” in said chronology, namely the reign of Ashoka, one of India’s most renowned rulers, who ruled from 268 to 232 BC. When scholars came to know the exact dates for Ashoka, it turned out that they were miscalculated in the traditional chronology.

There is a good historical reason to support this date: Early Buddhists were interested in pushing the dates of the Buddha further back in time. An early date meant more credibility over some rival religious schools that supported their authority by claiming to have originated a long time ago. Going against the natural tendency of early Buddhists and claiming a later date means that the source in question is more credible from a historical standpoint. 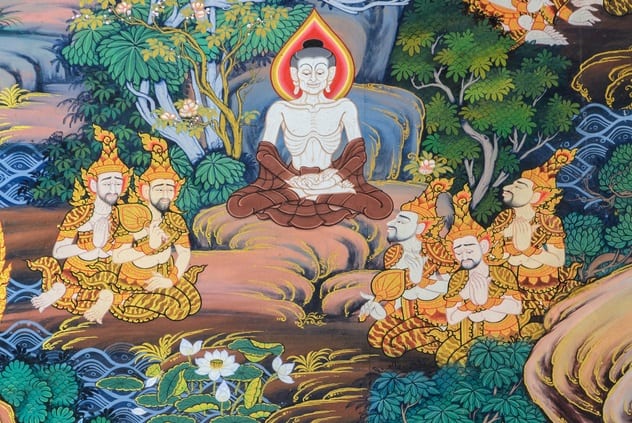 From what we can tell based on archaeological and historical records, the early stages of the sect founded by the Buddha did not have any considerable success in terms of gaining followers. After the Buddha died, the movement he founded was a relatively minor tradition in India. The scarcity of written documents, inscriptions, and archaeological evidence from that time suggests a humble beginning.

By the third century BC, however, this picture changed completely. Ashoka turned Buddhism into the state religion of India. He encouraged a social and political climate for the acceptance of Buddhist ideas, sponsored Buddhist missionary activity, and involved many Buddhist monks in the political decision-making processes of his government. Between the death of the Buddha and the time of Ashoka, Buddhist material evidence is scarce; after the time of Ashoka, it is abundant.

Although he insisted in the equality of all humans, the Buddha has become almost a “super-human” in popular religion. 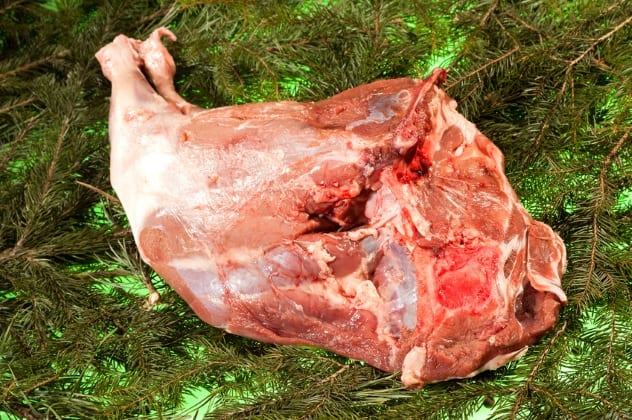 Moreover, many accounts describe the Buddha eating meat and also advising on meat broths as a way to treat some illnesses. There are also some accounts mentioning that the last meal of the Buddha was wild boar. Even the earliest followers of the Buddha were not strict vegetarians.

Vegetarianism became attached to Buddhist practices years after the Buddha passed away.

As previously mentioned, during its early days, Buddhism had to “compete” with several traditions that supported their authority by claiming to have originated a long time ago. In order to claim a level of credibility similar to these older traditions, early Buddhists created a number of literary works about “past Buddhas.” The goal was to stress the idea that what the Buddha taught was nothing new but rather a timeless truth.

Interestingly, the general outline of many of these stories is identical: All the past Buddhas sit cross-legged in their mother’s womb. They all take seven steps to the north immediately after birth. They all renounce the world after witnessing an old man, a sick man, a dead man, and a mendicant. They all attain a state of enlightenment seated on the grass. They never die before their teaching is complete. And finally, they all die after eating meat.

2 The Buddha As A Deity 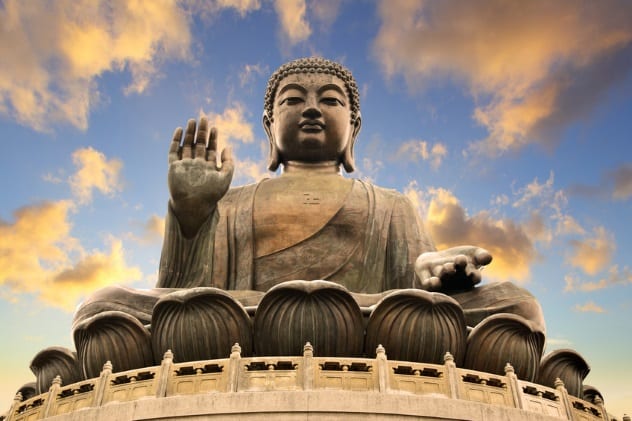 How ironic is it that a person who based his teaching on the oneness of mankind and the equality among people eventually came to be regarded as a god? Many of the flexible and tolerant circles of Hinduism, with their ever-growing pantheon of gods and goddesses, consider the Buddha to be a deity, one of the multiple manifestations of the god Vishnu.

Even more ironic is the fact that by elevating the Buddha’s status over the human realm, his image did not become more powerful in any way: In a tradition like Hinduism, filled with countless deities, turning the Buddha into a god also made him ordinary, just one more god among thousands.

1 The Remains Of The Buddha

The Mahaparinirvana Sutra (an ancient Buddhist text on the last days of the Buddha) describes how his followers cremated the Buddha after he passed away. The remains were divided into eight portions. Each of these portions were sent to eight different states visited by the Buddha during his lifetime. A stupa was erected in each state in order to house the remains. Other sources claim that during the third century BC, Ashoka ordered these eight stupas to be opened, the cremated remains of the Buddha redistributed into a higher number of portions, and more stupas to be built all over the expanding Buddhist world to house the relics.

The Buddhist relic-cult has been an important dimension of Buddhist ritual. Even today, there are several temples and museum that claim to hold “relics” of the Buddha. Two famous examples are the “Temple of the Sacred Tooth Relic” in Sri Lanka and the “Buddha Tooth Relic Temple & Museum” in Singapore. 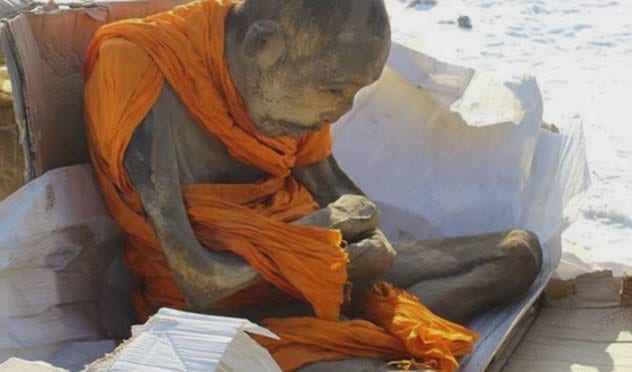 For more fascinating facts and tales about Buddha and eastern religion in general, check out these lists from the archives: