At Listverse we have our fair share of lists dedicated to the weird sexual proclivities of animals, but the more we dig, the more we realize we haven’t even scratched the surface of the freakiness (and occasionally romantic side) of the animal sex scene. 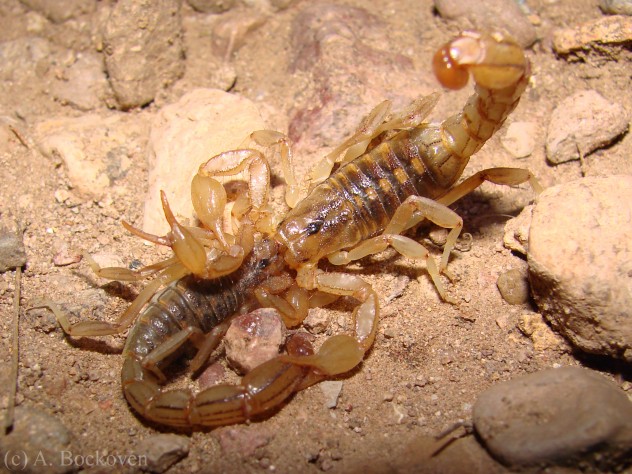 Scorpions share the flamingo’s love of precoital dancing, even if they don’t have the same appreciation for showmanship, since they limit the event to a single couple. The so-called promenade a deux usually occurs on a moonless night after a male scorpion has already spent 20 or so minutes juddering around a female waiting to make his move. When the time is right, he reaches out and grabs her pincers in his own, and the duo shuffles about in a kind of arthropod tango, which can last an entire day. During the dance, the male leaves a sperm packet (a spermatophore) on the ground and maneuvers the female over top of it so she can pull it into her body.

While hours of dancing might seem romantic, the pincer-holding isn’t so much a loving embrace as it is the male scorpion’s attempt to keep the sexually cannibalistic female from ripping his head off. 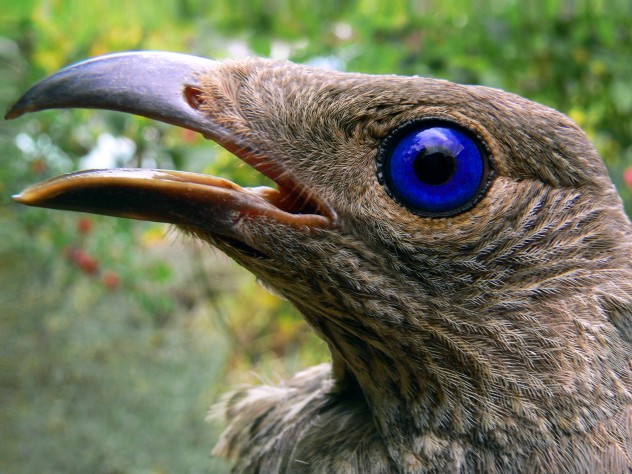 In the world of bowerbirds, a male’s chances for getting lucky all depend on the stylishness of his bachelor pad. So, instead of having a messy apartment strewn with old pizza boxes, beanbags, and nudie pictures, the male bower painstakingly constructs a home of beauty and complete uniformity. If a female bower approves of the nest, she’ll mate with the home’s designer.

These Australian birds build their love nests, or bowers, on the ground using twigs, rocks, bones, insects, leaves, and any colorful doodads they happen to find. The main part of the nest is built in an arch or tunnel with a walkway made of small objects leading into and out of the tunnel. Apparently, uniformity is of utmost importance in the females’ judging eyes, so the males deliberately put smaller items inside the walkway and larger objects farther away, which ensures that when a female stands in the center, every item appears the same size. This optical illusion is known as forced perspective and raises the question of whether or not birds were making art long before humans.

Although male bowerbirds spend a large portion of their days perfecting their bowers, it takes a while to get their nests up to snuff and many are never visited by a female. The older males have the best luck, and the most experienced ones entertain females constantly and mate with dozens every breeding season.

While many animals like to put on some type of display during the mating ritual, flamingos take things to the next level by putting on a show capable of rivaling even the best chorus lines. Before breeding, the whole community of flamingos gets together and struts around in a seemingly choreographed dance. They stretch their necks, march, puff out their feathers, and swivel their heads from side to side in a synchronous prance.

Besides being incredibly entertaining for spectators, the dance allows the birds to judge each other closely and, scientists believe, choose the mate that best mirrors their own movements.

Like any good performer, flamingos understand the power of makeup. So, during breeding season they slather oil all over their bodies to make themselves look pinker and more appealing to potential partners. The oil comes from a gland near the bird’s tail, and although they regularly use the oil to protect and waterproof their feathers, when breeding season arrives they take the feather preening up a notch. Flamingos naturally stay pink by eating crustaceans, but the oil contains a high level of carotenoids, which intensify their color even more. 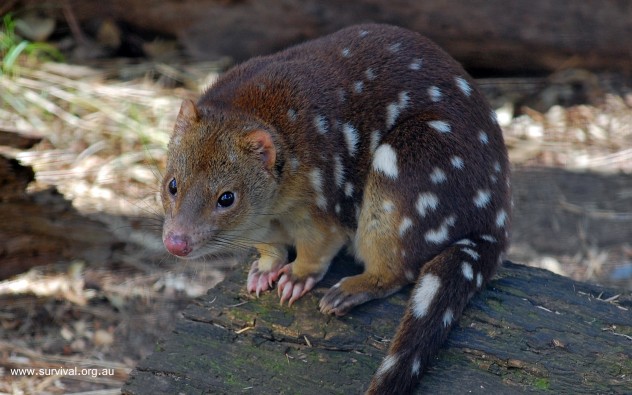 Quolls are small marsupials native to Australia, New Guinea, and Tasmania, and despite their cute, seemingly innocent appearances, these animals are brutal when it comes to mating. The ritual starts ordinarily enough: A male quoll finds a lady quoll by tracking the alluring scent of her urine, and then stalks her until she realizes he’s in the mood. For her part, the female will sometimes lift her leg and allow the male a quick sniff, which apparently is the cue she’s ready to do the deed, too.

From there, things get decidedly more violent. During copulation, the male will jump on the female’s back and brace himself by holding onto her neck. He does so with such force that it’s common for the female to end up with a swollen neck and cuts all over her back. The ordeal can last a full 24 hours, and all the while the female stays still, lowers her head, and shuts her eyes halfway as if she’s going to her “happy place.” Unfortunately, sometimes the male goes overboard with the aggression and kills his partner. Not to mention, if the female doesn’t give in to his advances right away, he often ends up killing her immediately.

Still, the females have the last laugh, since many of the males exhaust themselves to death in the frantic pursuit to mate as many times as possible. They spend the entire mating season pumped up on testosterone, fighting other males, and taking little time to eat or sleep. At the end of the year, it’s not unusual for a quoll population to consist only of female quolls and their young. 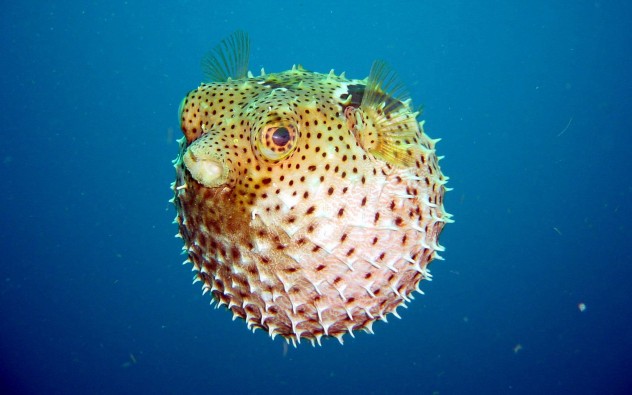 While quolls use force to get what they want, the male puffer fish still knows how to woo a lady. In fact, some types of puffers go to great lengths to attract a female, which include designing detailed, circular patterns in the sand of the ocean floor. These fish are only about 12 centimeters (five inches) long, yet some of their sand designs are over two meters (6.5 ft) wide and surprisingly artistic (the fish even decorate them with pieces of shell and coral).

The male takes about 10 days to construct the elaborate nest, and if a female puffer deems the creation worthy, she’ll lay her eggs in the smooth, center circle of the design. Scientists aren’t sure why a female will pick one nest over the other, although they think a large, ornate design indicates the male is strong and fit (the type of puffer a female would want to fertilize her eggs).

Interestingly, people have known about these sand patterns for decades, but didn’t know who or what made them. Finally, in 2012, a Japanese underwater photographer caught a fishy artist in the act. 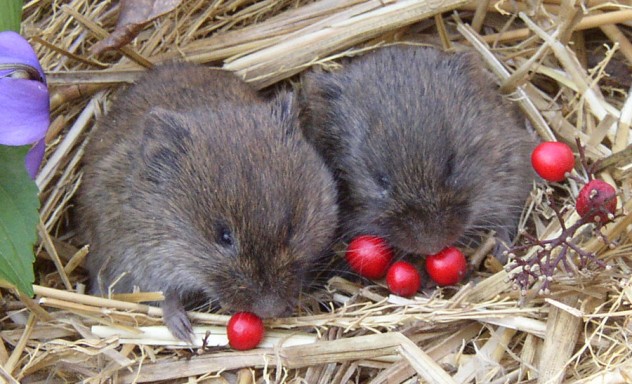 Considering most rodents are notoriously promiscuous, the prairie vole’s habit of pair bonding and staying largely monogamous is truly unique. While they still reproduce often (females have two to four litters per year), they generally only procreate with their partner, and the male and female couple share a lifelong bond. Still, prairie voles aren’t immune to temptation (or hormones), and one partner will occasionally have a sexual dalliance with another vole. Yet despite sporadic unfaithfulness, the vole couples stay together, share a nest, and jointly raise their young.

Apparently, the prairie vole’s inclination toward forming pair bonds all boils down to neurochemicals (a legitimate chemical romance). Unlike other types of voles, prairie voles have greater numbers of receptors for the hormones oxytocin and vasopressin (hormones that strengthen attraction and bonding), which means they tend to get a natural high by staying with a particular mate (this can form a kind of addiction to a particular partner). Scientists are studying the prairie vole and its hormones to better understand the pair bonding of humans and to learn why some mates stray and others do not. 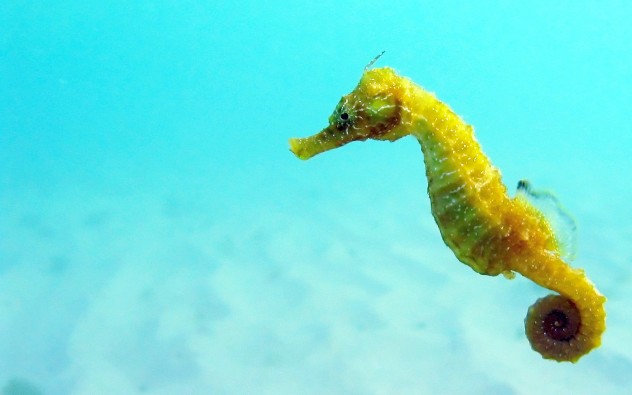 Similar to many humans, seahorses like to begin the mating process by going on multiple, drawn-out “dates” before committing to sex. A pair of interested seahorses will meet every morning for an intimate dance where they will swim side by side, interlock their tails, and move gracefully in sync. Unlike scorpions, the seahorse dance really does seem to have a touch of romance, and witnessing it is enough to make even the most love-hardened person blush a little.

Eventually, the seahorses will take the dance to the next level and the female will deposit her eggs in the male’s pouch (yes, the male becomes pregnant). After the male gives birth, he’ll leave his young to fend for themselves while he prepares to meet a new lady love next mating season.

The love life of the albatross is unique on multiple levels. For starters, they’re monogamous and both the male and female care for the young (a rarity in the animal kingdom). Secondly, they have a goofy-looking mating ritual which biologists describe as a dance but, to us, looks more like the birds are sword fighting with their bills.

Albatrosses have a long life of about 50 years, and every year after maturity they will gather on land to reunite with their chosen partners and breed. When an albatross couple gets together they will “bill-fence,” snap their bills noisily shut, sashay side to side, and make various clacking sounds. While the interaction looks far from passionate, it seems to work well for the albatrosses, and a couple will even perfect their dance and vocalizations until they have created a “language” distinctive to the pair.

However, the mating ritual becomes less involved or nonexistent the longer two albatrosses have been together—an inevitability many humans can relate to. 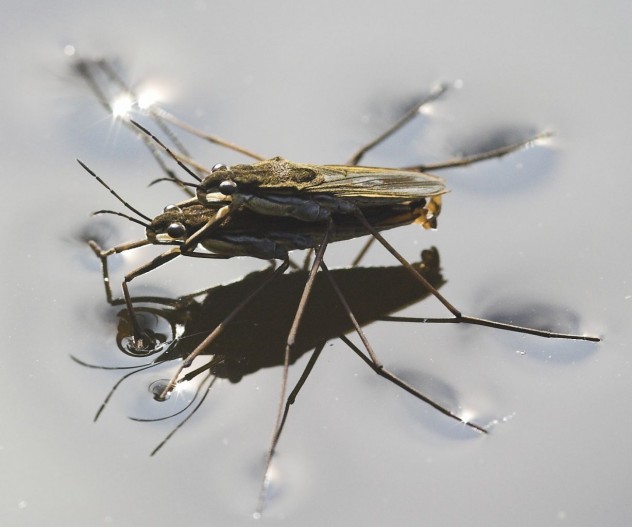 Water striders are bugs that have the unique ability to walk on water. When it comes to mating, the males don’t bother with any type of traditional courtship and simply hop on the female and demand she give it up or die. If the female doesn’t submit to his advances, the male will make ripples on the water to attract predators. If she does succumb, he will stop the predator-attracting ripples, so they can do their business in peace (well, as peaceful as possible while openly floating on top a lake full of hungry fish).

Unfortunately, the female water striders aren’t that into mating, since they can fertilize a lifetime supply of eggs from a single session. Still, if they don’t want to make an already-dangerous situation even more deadly, they have to give in to the male’s bribery. 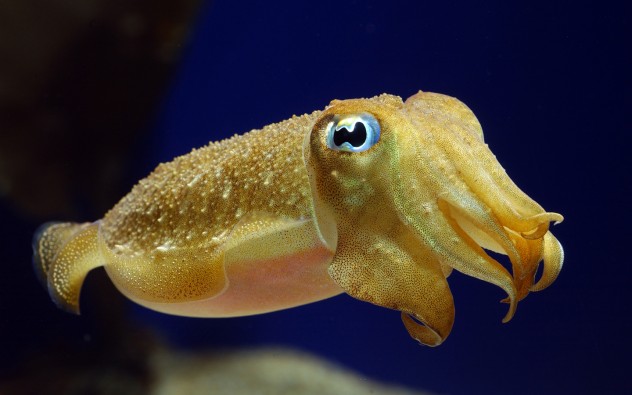 Cuttlefish are squid-like mollusks that are well-known for their camouflage abilities. While changing colors in a split second is highly useful for hiding from enemies, male cuttlefish also find the skill handy for winning a mate.

In most cuttlefish populations, the males largely outnumber the females (sometimes 10 to one), which means the men are constantly battling for the right to claim a female. With such competition, it would seem as if the smaller, weaker males wouldn’t stand a chance of mating. However, in this struggle, brains often beat brawn. It turns out savvy male cuttlefish can mask themselves as females by changing their coloration, hiding their extra arm (males have an additional arm used for dispensing sperm), and pretending to hold an egg sac. With their disguises complete, these cross-dressers simply sneak past all the fighting males and weasel their way close to the coveted female.

In some instances, the tricksters even split their disguise in half by making the side of their body facing a potential mate appear normal while the side turned toward the competition looks like a female. That way, if a rival looks over, he’ll only see a pack of girls.