People often say to be successful in business you have to be unscrupulous and ruthless. Well, that can certainly be said of companies that saw a chance to make a dollar off the back of genocide. Let’s not mince our words—the Nazis were a bad bunch and to be associated with them, let alone profit from their actions, speaks for itself. In their favor, many of these companies have paid out multi-million restitution fees just to balance the morality books. 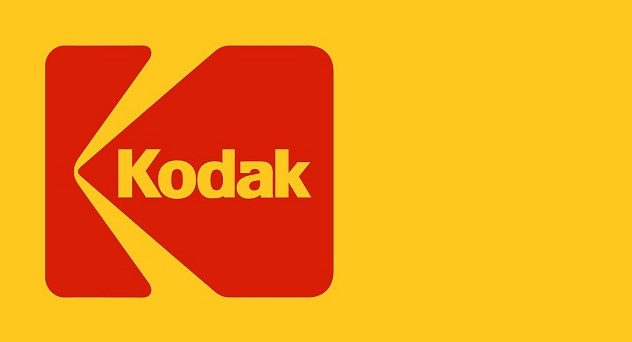 Say “Cheese!” Or should that be “Money, money, money?” Forget family snaps of giant sombreros and silly faces, Kodak’s history with one of the most fearsome regimes the world has ever known is darker than a photographic negative.

Wilhelm Keppler was one of Hitler’s top economic advisers, telling him what to do with all that Nazi gold, and when and where. This is the guy US military intelligence called a “Kodak man” for his business and personal relations with the firm. Keppler also acted as something of a double agent, providing information to Kodak and several other, smaller US-based companies. For example, once Hitler had come to power in Germany, Keppler advised Kodak’s hierarchy that they would “benefit” from firing all their Jewish employees.

The Keppler link is bad enough alone, but during the war, Kodak’s German branch used slave laborers from concentration camps, and they also branched out into the manufacturing markets of triggers, detonators, and other military goods. 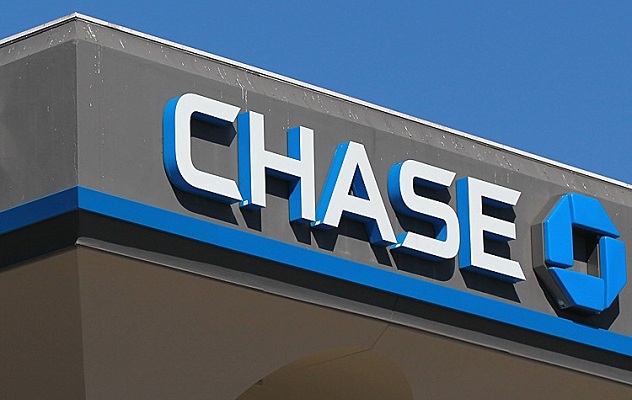 A lot of banks were naughty boys during the war—especially those in Switzerland—and Chase were right up there with the worst of them. Chase’s Paris branch was doing deals with the Nazis with the full knowledge of the American head office before and after Pearl Harbor. But that’s just the tip of the iceberg when it comes to Chase’s collusion with the Third Reich.

Over the years, Chase has been accused of freezing a lot of European-based Jews’ accounts—effectively reducing their ability to flee to an allied country and all but destroying their chance of survival. An investigation by the BBC found that up to 100 Jewish bank accounts were frozen by Chase during the war. 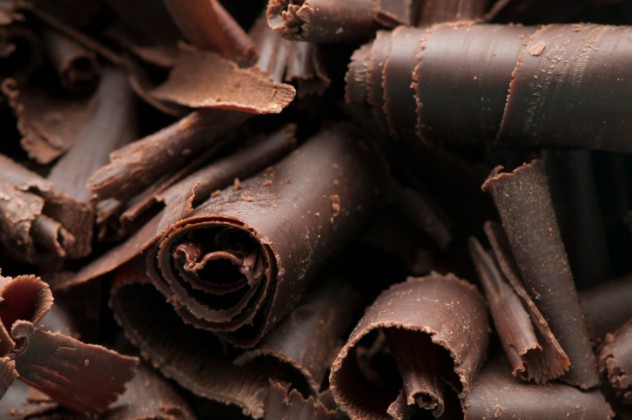 When we think of Nestlé, we think of chocolate bars and good times. You’d be hard-pressed to throw Nazis into the mix. However, in 2000, the famous Swiss confectionery company paid out a whopping $14.6 million to a Holocaust survivors’ fund.

Nestlé made the donation because one of its subsidiaries during the war, Maggi, used slave labor from several concentration camps near the German border with Switzerland. The guilt runs deeper, though. Chocolate bars were used to coax young Jews into captivity before shipping them to concentration camps. Knowledge like that puts you right off your Kit Kat, doesn’t it?

During World War II, the BMW workforce was made up of slave laborers provided by the Nazis. Some sources put the figures as high as 50,000. Hold on to your driving gloves, however, because this gets much worse. BMW was then owned by Günther Quandt, and he and his son Herbert were very buddy-buddy with Hitler and his regime. BMW’s factories exclusively produced aircraft and motorcycle parts for the Nazi war effort. In fact, many inmates were put to work on the Luftwaffe engines, namely the BMW 132.

The Quandts also benefited greatly from the eradication of Jews and their livelihoods—they were handed multiple businesses seized from enslaved Jews. In 2001, following an internal report commissioned by BMW themselves, the company’s profits from the war were revealed. After the report was published, Gabriele Quandt told German’s Die Zeit newspaper that it was true that many laborers died working for the company. 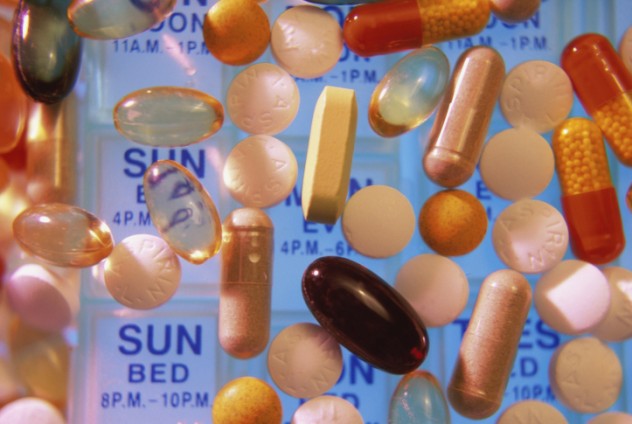 Got a headache? Reach for a Bayer Aspirin. The so-called “wonder drug” might appropriately adopt a more modest name, especially when you delve into the company’s past.

Bayer was originally part of the German pharmaceutical giant IG Farben. Farben disbanded in 1952 amid controversy over its close dealings with the Nazi party, and rightfully so. Farben’s use of slave labor was the least of their crimes—Farben manufactured Zyklon B, the toxic gas the Nazis pumped into their gas chambers.

In the 1890s, aspirin was invented by two Bayer employees, namely Felix Hoffman—a young and extremely talented chemist—and his superior, Arthur Eichengrun. However, during the 1930s, when the Nazi Party came to power, Eichengrun’s part in the invention of one of the world’s most common drugs was all but erased from Bayer’s history books, and to this day he is denied his rightful place in the history of medical advances. Why? Because he was a Jew and Bayer didn’t want to be associated with him at the breakout of war. 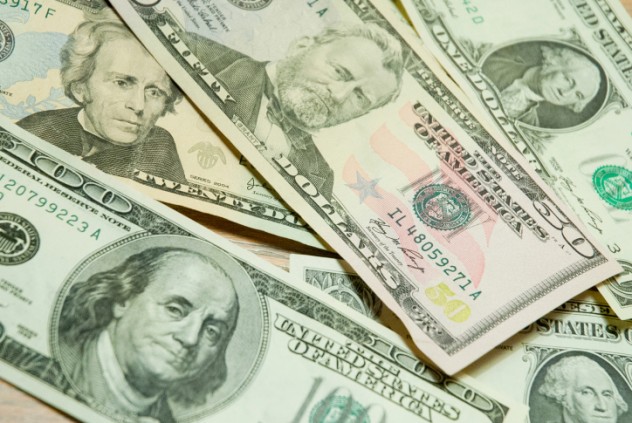 Allianz might not be widely known to the general public, but in the world of insurance and financial services, it’s right up there at the top of the tree. Allianz was founded in Germany in 1890, so it was in pole position to capitalize on the Nazis’ rise to power. But the company’s ties with the Nazis went deeper than simple business transactions. CEO Kurt Schmitt was also the economics minister in Hitler’s government and, as such, he made sure that any major insurance deals went straight to Allianz. As a result, Allianz insured all the facilities and employees at Auschwitz. Hard to imagine a death camp with an insurance policy, isn’t it?

Allianz’s relationship with the Nazis went further still. Allianz was a top provider of life insurance to German citizens leading up to and beyond the war. As a result, before the Holocaust, Allianz made huge profits out of life insurance policies paid for by Jews. And after the war? Allianz retained all the money from the policies it “provided”—or more accurately did not. Even in the rare case that a Holocaust survivor attempted to claim on his or her family’s life insurance policy after the war, the claim was denied by Allianz on the grounds that there was no administrative record of the family member’s death, when they knew full well that the Nazis never handed out death certificates for the victims of the Holocaust. Business may sometimes be ruthless, but they aren’t usually quite this grotesque. 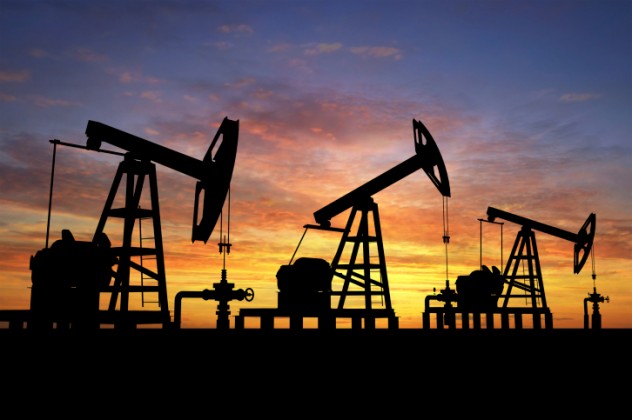 Leading up to World War II, Standard Oil had a relationship with IG Farben and, sensing that the United States might get involved in the conflict at some point, decided to sign an agreement to sustain their relationship beyond such a situation. Thus Standard Oil provided the Nazis with fuel for their U-boats, on some occasions even giving Germans the first pick of oil fields.

But one man didn’t want to let Standard Oil get away with profiteering from the Third Reich. That man was Nelson A. Rockefeller, the grandson of John D. Rockefeller, one of the founders of Andrews, Clark and Company, which went on to become Standard Oil. Rockefeller couldn’t directly influence any of the corporate board’s policies, so instead he hatched a plan. While in the position of Coordinator of Inter-American Affairs, Rockefeller created and published a book entitled Sequel to the Apocalypse: How Your Dimes Pay for Hitler’s War. Rockefeller arranged for the anonymously written book to be sent to American embassies around the world, thus revealing the relationship Standard Oil had with the Nazis. This paved the way for the end of the relationship between IG Farben and Standard Oil, and by the time the United States declared war against the Germans in December 1941, the tryst was well and truly over. Standard Oil has since dissolved into Chevron and BP, among other modern-day companies.

You can blame Coca-Cola for a lot more than those awful Diet Coke adverts. Long before Coca-Cola was annoying us with their ad campaigns, they were supplying the Nazis with tasty beverages.

In the 1940s, while Coca-Cola was fizzing up the bellies of the Allied troops and supporting the American GIs, the company’s German branch, Coca-Cola GmbH, was flirting with the Nazis, building bottling factories in occupied states and even, at one stage, advertising in the Nazi press. But worse was still to come.

In 1941, when the Coca-Cola head office canceled the supply to their German counterparts of the syrup needed to make Coke, Max Keith, the man in charge at Coca-Cola GmbH, decided to invent an entirely new drink to keep their German investment sustainable. Made from the ingredients available to Coca-Cola GmbH, Fanta was born—a drink created especially for the Nazis.

Hitler was certainly a fan of Henry Ford—he’s given a shout-out in Mein Kampf and the Nazi dictator even kept a portrait of Ford hanging above his desk. To cap things off, in 1938 Hitler awarded Ford the Grand Cross of the German Eagle, the highest Nazi honor bestowed upon respected and distinguished foreigners.

But what did Hitler get in return for all this praise? The Ford Motor Company’s German plants used slave labor and the German wing of the company even went as far as kitting out the German war effort. In one damning example, some American managers based in Germany agreed to go along with military production for the Nazi regime when similar approaches by the Roosevelt-led U.S. government to Ford’s factories on home soil were declined. Despite the efforts of Ford’s lawyers over the years to distance the parent company from the actions of the German-based wing of General Motors, German Ford, these claims are somewhat undermined by the fact that American Ford received funds from their German counterparts of up to $60,000 per year from 1940–43. Add into the mix that Henry Ford was a widely known anti-Semite and the whole thing smells a bit rotten. 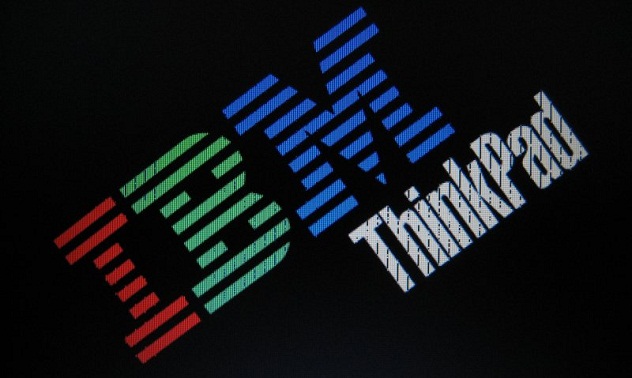 We often discount the role computers play in war, especially for wars before the boom of modern technology. But the cooperation of IBM and other computing firms during World War II was pivotal to the Nazis’ successes.

IBM manufactured custom-built computers—essentially punch-card machines—so that the Nazis could keep tabs on train timetables and the number of Jews being shipped around, allowing for an accurate record of all those going to and from death camps such as Auschwitz and Treblinka. In short, IBM provided the Nazis with the equipment they needed to ensure the systematic extermination of the Jews.

When Germany invaded Poland in 1939, IBM went as far as stepping up their production output, knowing that the invasion would lead to millions of Jews being sent to camps. It is also believed that IBM seized all profits from their Poland business excursions.

IBM, obviously, have always distanced themselves from the claim, saying that their German branch was taken over by the Nazis. However, there have been connections made with their Geneva office during the war. Is the fact that IBM has made generous donations to the Holocaust fund the sign of a guilty conscience, or are they just an ethical company after all?