Every year, scientists from around the globe discover fascinating, new, and strange twists on nature. For the most part, these new windows into our natural world take on the form of strange mutations or unexpected inhabitants in remote environments. In the world of new species, there are tons of new flora findings and more than enough creepy crawlies to go around. Occasionally though, something truly interesting turns up, and the world gets a peek at the wonderful world of Mother Nature and all the unique creations she has to offer. All of these species were discovered or acknowledged in 2013 by scientific groups from around the world. 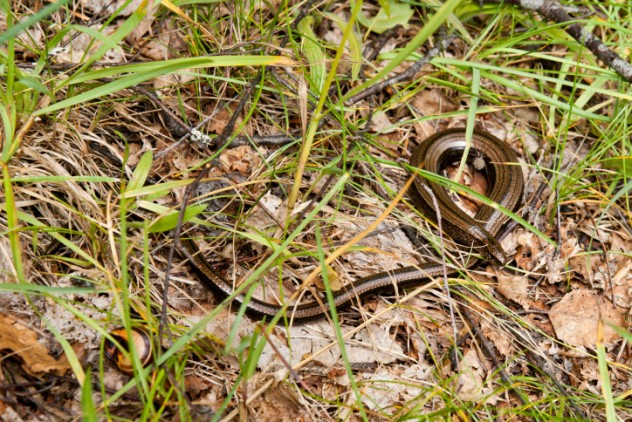 The legless lizard is a perfect example of why you don’t have to travel to remote jungles in isolated countries to discover new species. Four new types of legless lizard were discovered in one of the most populated places on the planet. Scientists from California set traps near Los Angeles Airport and other industrial areas in the San Joaquin Valley in the hopes of ambushing elusive new creatures. They succeeded in uncovering four unique specimens known as “glass lizards” which they named after four well-known Berkeley scientists (Grinnelli, Campi, Alexandrae, and Stebbinsi).

What are the major differences between legless lizards and their obvious, most commonly mistaken relatives, snakes? Glass lizards get their name because they are brittle enough to detach their tails in an emergency. Believe it or not, these reptiles are descendants of the four-legged lizards we all know. Snakes, on the other hand, actually evolved from four-legged snakes that are incredibly rare. More subtle traits include eyelids, which snakes do not have (not like ours, at least), and an inflexible jaw that cannot unhinge the way a snake’s can. 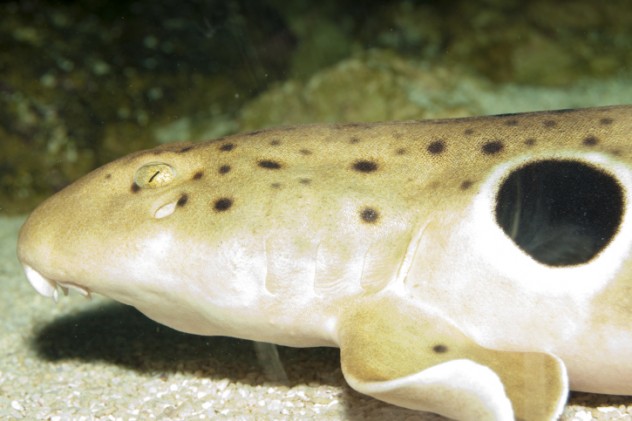 If there was ever a vote on nature’s most perfect creatures, sharks would be in the final category of that contest. These remarkable animals are perfectly suited to their environment as their streamlined bodies move through water with ease, together with a variety of evolutionary advantages such as sonar, incredibly powerful scent glands, large muscular bodies, and rows and rows of treacherous teeth at their disposal. It is hard to think of anything else they could possibly excel at. Well, it’s time to add walking to that list.

The epaulette, discovered in Indonesia, uses its fins to walk across the ocean floor in a wiggling pattern like an underwater salamander. This particular genus, Hemiscyllium halmahera, is special due to its unique coloring. Its brown body is covered in dark, polygonal spots that vary greatly from its relatives. Even more important to scientists is that this is not a particularly shy fish—the epaulette is a lively, vibrant animal. If a predator that makes so little attempt to hide itself can remain undiscovered for so long, this lends enthusiasm toward finding more species in the reefs of Indonesia. 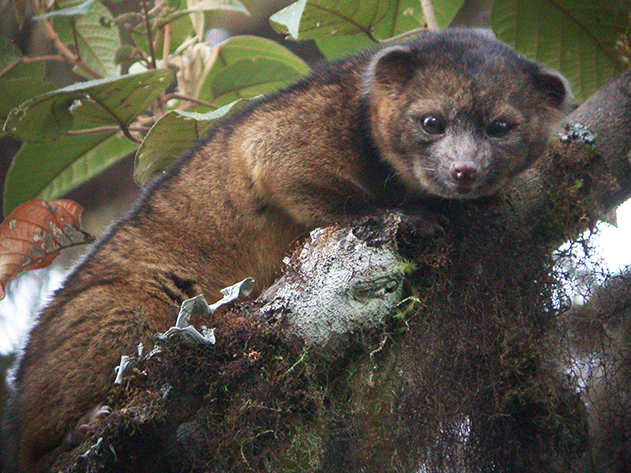 It is rare to discover a new mammal of any kind, and it is even rarer to discover a carnivorous mammal in the Western Hemisphere. The last recorded finding was in 2010 in Madagascar when a new type of mongoose-like creature was discovered. Previously, a Colombian weasel was discovered in 1978. Needless to say, it’s kind of a big deal. Even more impressive is that this new species is incredibly diverse. Scientists making the discovery believe there may be up to four separate subspecies. Completely unheard of, Kristofer Helgen, the researcher who made the discovery, believes this may be the last time in our history such an event occurs.

The new animal, called an olinguito, lives in the cloud forests of the Andes in Ecuador and Colombia. The name derives from their relatives, the olingos, with the Spanish suffix “-ito,” meaning “little,” added in reference to their smaller size. Olinguitos are almost identical to olingos, to the degree that they have been mislabeled for years as the same species.

Due to their secluded and obfuscated environment, it was difficult for explorers to find the tiny creatures amid the dense fog of the upper rain forest. They may share their name with olingos, but they should not be considered the same species by any stretch of the imagination. The olinguito only shares about 90 percent of its DNA with olingos, compared to humans who share 95 percent of our DNA with chimpanzees. 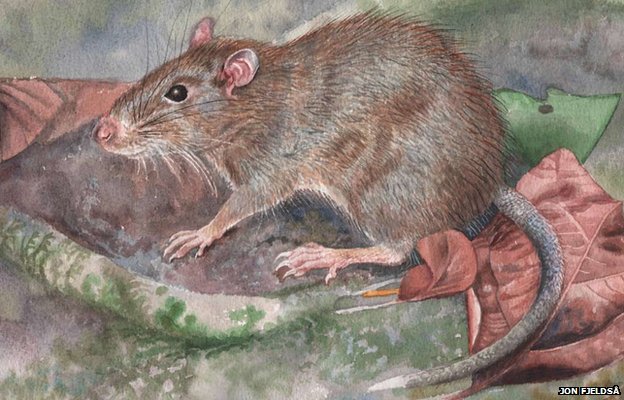 It’s a pretty well-received theory that modern-day mammals evolved from a type of rodent-like creature that existed millions of years ago. Now, in the same location where Charles Darwin and Alfred Russel Wallace first developed their theory of evolution, a new rodent has been discovered. Russel believed that in the mountainous regions of Halmahera in the Moluccas there existed a line that defined two separate evolutionary trends. One side represented that of Australasian origin, while the inhabitants of the other side came from Asia.

The new find, a small rodent with coarse, brownish-grey fur and a white underbelly, represents an entire new genus for the region. The finding reinforces Wallace’s original theory exactly 100 years after his death. Initial investigation reveals the rat is omnivorous and displays DNA characteristics typical of animals arriving from the west through Asia. 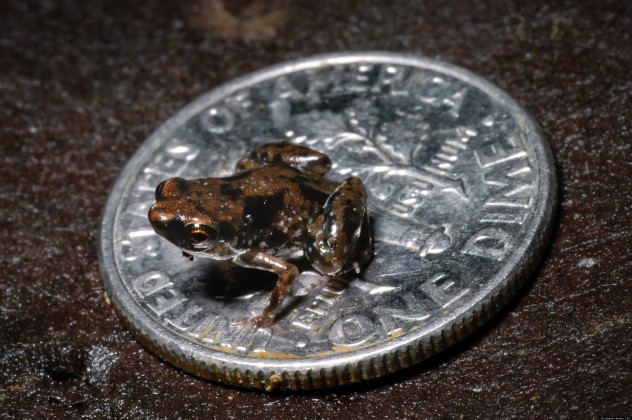 Papua New Guinea is a hotbed of evolutionary discoveries. The world’s smallest vertebrate was discovered recently in the form of the Paedophryne amauensis species. Three new frog discoveries (Oreophryne cameroni, Oreophryne parkopanorum, and Oreophryne gagneorum) brings the number of species in this genus up to seven, each measuring only 20 millimeters (0.8 in).

Estimates predict there are still at least a dozen more specimens to be discovered from the region because large portions of this terrain have yet to be surveyed. More than just the discovery of one new species, an entire new ecosystem is being uncovered. 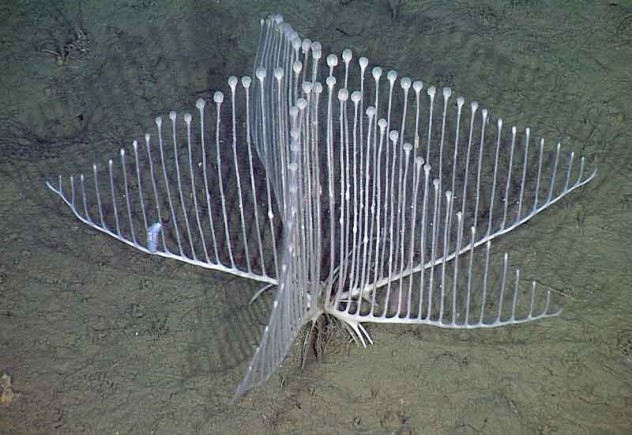 The lyre sponge (Chondrocladia lyra) also referred to as the harp sponge, due to its shape that resembles a harp, is a little bit different and a little more creepy than your average sponge. It has continued to prove the lengths to which nature will go to survive in inhospitable conditions, and it doesn’t get much more inhospitable than 3,000 meters (10,000 ft) below the ocean’s surface.

The lyre sponge is a candelabra-shaped, carnivorous animal that attaches itself to the ocean floor. Long, finger-like extensions protrude from its veins which can vary in number from two up to six. Small barbs on the “fingers” snare passing fish, which are encased in a membrane and digested. To make things a little creepier, bulbs at the ends of these protrusions contain packets of sperm which are released into the current and absorbed by nearby sponges, which swell after fertilization. It has been less than two decades since scientists first discovered carnivorous sponges. Since then, new species are being uncovered regularly. 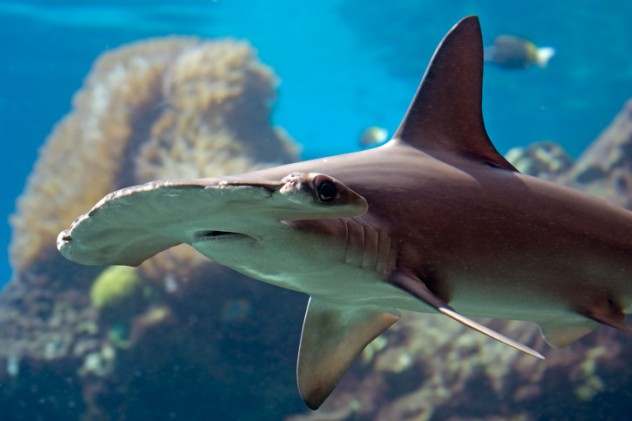 The Carolina hammerhead was named for the region in which it was discovered. This shark was first identified in 2006 but went without a name for years. The primary characteristic of the Carolina hammerhead, which distinguishes it from the nearly identical scalloped hammerhead, is its number of vertebrae. The new species has roughly 10 fewer vertebrae than its relatives. Unlike their appearance, the DNA of the two species are significantly different.

The long waiting period for officially naming the shark is not unusual. The first reference to the new shark came in 1967 and has developed over the last four decades leading up to the discovery of an actual new species. It is believed that these sharks can be found worldwide but are difficult to identify because the migration habits of hammerheads are still largely a mystery. The 56 samples used to identify the Carolina hammerhead were collected in the waters off the coast of South Carolina in the Charleston/Beaufort area.

The tailorbird is another great example of two previously mentioned points of interest: It is incredibly rare to find a new species in the conditions where this bird was located, and it is not necessary to travel into dense tropical jungles to locate previously undiscovered animals.

The Cambodian tailorbird (Orthotomus chaktomuk) was located in the capital city of Phnom Penh. One subject was even found in the middle of a road construction zone. The name Tailorbird derives from the level of meticulousness observed in nest building. Tailorbirds have been seen weaving leaves together in making their nests. After discovery, an extensive study of the bird’s plumage, DNA, and songs revealed that a new species had been discovered. This gives hope to scientists exploring familiar territories in search of overlooked species. Due to their rarity, Cambodian tailorbirds have already been recommended for addition to the Near Threatened list. 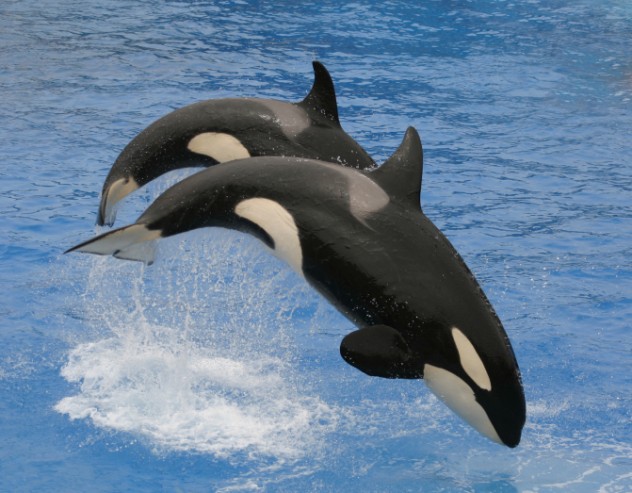 This feature to the list may in fact be a case of evolution in progress. There are currently three classes of killer whales accepted by science. This new, fourth species has been spotted in the southern Indian Ocean. It is believed that this new whale is the same as a stranded orca discovered on a New Zealand beach in 1955.

Recent studies indicate that a divergence of the killer whale population occurred almost 400,000 years ago. The major distinctions for the proposed new class include differences in behavior, feeding habits, and genetic sequencing. The markings on the new species include a smaller, white eye-patch and a bulbous head. 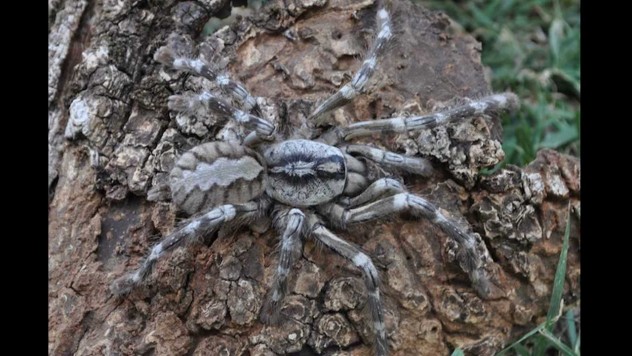 For the squeamish, or even remotely arachnophobic, the jungles of Sri Lanka are most likely already on your list of places to avoid. Recently, another large addition was added to the list of reasons why. A newly discovered tarantula species, Poecilotheria rajaei, is described as “face-sized,” measuring about 20 centimeters (8 in) across.

Redefining creepy, the tarantula is remarkable for the grey and yellow stripes along its legs and body. The giant spiders prefer established old trees, but have recently moved into old and abandoned buildings because of deforestation. During the effort to identify the new species, a police detective was employed to locate the creatures, many of which were found inside a local hospital.

Artist, adventurer and travel writer. Can be found on Twitter @JSGestalt.