The cinematic world has a long history of racism, whether direct or implied. It could be argued that they were simply products of their outdated times, but even then, one would think the line would be drawn somewhere.

Based on the novel Mandingo by Kyle Onstott, the film adaptation is considered to be one of the most racist movies ever made and was panned by many critics upon its release. Roger Ebert describes it as “racist trash” and “a piece of manure.”

It is set in slavery-era America and is notorious for its violent depiction of interracial relations. The two main white characters are depicted as rapists, forcing their slaves to sleep with them. Both the white and black characters are nothing but stereotypes in every regard, even down to the way they speak.

Public perception of this movie wasn’t helped by Mel Gibson’s overt anti-Semitism, but The Passion of the Christ clearly depicts the Jewish people as the cause of Jesus Christ’s death, an unfortunate misconception that has resulted in an unknown (but certainly extremely high) number of Jewish deaths over the years.

In the movie, the antagonists who force Pontius Pilate’s hand are shown as evil, cackling schemers, thirsty for the blood of Christ. Even those Jews who were not a part of that group are seen as dumb or uneducated because they didn’t accept Christ as their Messiah.

Considered by nearly all critics and viewers to be one of the greatest movies ever made, Gone with the Wind is a romanticized portrayal of the South during and after the Civil War. It is the depiction of the black people, whether slaves or otherwise, that is what makes this movie so racist. The most visible character, Mammy, is unable to function without her white masters. Virtually every slave was shown as docile—even loving—to the whites who owned them.

“Bad” blacks were given an even worse treatment. Demeaned by everyone, including Mammy, they were depicted as “apes” who attacked white women every chance they got.

Brer Rabbit-Song of the South Video 3

Following a young white boy named Johnny who moves back to the South, Song of the South is unabashedly racist in its depictions of its black characters, especially Uncle Remus. The ex-slave comforts Johnny with various tall tales about mythical animals, who themselves are mostly racist stereotypes. The movie was so reviled that Disney has not allowed the sale of the movie since the 1980s.

Interesting tidbit: Because the “tar baby” story in the movie was considered to be racist, the Splash Mountain ride at Disneyland has Br’er Rabbit getting caught in a beehive instead.

In this movie, Shirley Temple plays Virginia, the youngest member of a plantation-owning family during the Civil War. When Fort Sumter is attacked, her father leaves home to become a scout for the Confederate Army. Left in the care of her mother and Uncle Billy (one of her mother’s slaves), Virginia stays at the plantation until her father is arrested and sentenced to death. She is eventually granted a visit to President Abraham Lincoln, who pardons her father after hearing his story.

This movie is guilty of two major offenses common with films set during the Civil War. First, Uncle Billy is clearly an “Uncle Tom,” in that he is supposed to show that black men didn’t really mind being slaves and were happily subservient. Second, the other slaves in the movie are shown to be afraid of the Union soldier. They’re actually reluctant to leave slavery behind, wishing they could remain in bondage.

Loy & Karloff in “The Mask of Fu Manchu”

The character of Fu Manchu, played in the movie by Boris Karloff in ridiculous makeup, had been around for 20 years at this point. Dressed up as a Chinese stereotype, Karloff was given long fingernails and slanted eyes. In addition, yellow powder was liberally spread across his face in an effort to look more “Oriental.”

The character of Fu Manchu was a sadistic criminal mastermind, bent on destroying the white man. One of his more infamous quotes: “Kill the white man and take his women!” The movies with Fu Manchu were also extremely sexist, with the women only there to serve as sexual objects.

Due to its comedic nature, this movie may not seem racist at first glance, but it is undoubtedly so. Soul Man follows Mark Watson, an affluent Harvard student whose father stops paying for his tuition. Faced with the idea of being kicked out of school, Watson devises a scheme: He overdoses on suntan pills, effectively turning himself “black,” and uses affirmative action to get a scholarship.

The movie itself is relatively benign, but the use of blackface—especially this late in the 20th century—is certainly tasteless.

Any number of German propaganda movies could have made this list—maybe even filled it completely—but Triumph of the Will is the worst of the worst. Considered to be a spectacular technical achievement, the movie is nothing but pro-German nonsense.

Veiled in its anti-Semitism and other racism, the only quote seemingly directed at the Nazi belief of Aryan superiority is from Julius Streicher: “A people that does not protect its racial purity will perish.” Even though director Leni Riefenstahl claimed ignorance of Nazism’s true purpose, the movie is still a beacon of racism.

Birth of a Nation: Origins of the Klan

Most people would probably place this at the top of this list, and an argument could be made for that. Set during the Civil War and ensuing Reconstruction, D.W. Griffith’s epic was a technical masterpiece that would influence cinema for decades. Until Gone with the Wind was released, The Birth of a Nation was the highest-grossing movie ever—and it was about the KKK.

One of the criticisms lobbed at the movie was that Griffith used white actors in blackface for a lot of the black characters. The movie’s racism is at its worst in its depiction of black people as savages who can’t control their sexual desire for white women. It also romanticizes the origins of the Ku Klux Klan and their effect on American society. 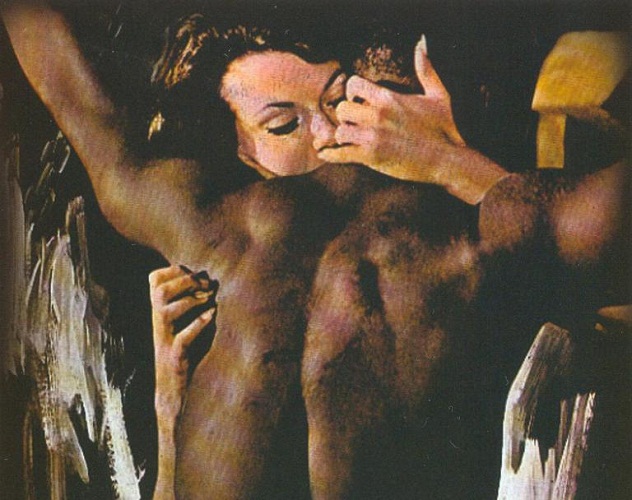 Without a doubt, Goodbye Uncle Tom is one of the most racist and depraved movies ever made. Slammed by virtually every critic, this Italian movie pretended to be a documentary about slavery. Instead, what transpired was a thoroughly racist farce about how black people were evil monsters who “deserved” everything they got.

Virtually pornographic in nature, the movie is also notorious for the real-life racism of its producers. Nearly every actor was an impoverished Haitian or African, and they were degraded for little money because they had nothing. Granted, the depiction of slavery was most likely correct, but the movie relishes in the depravity to the extent that it is racist in and of itself.