In a pitched battle, armies simply throw themselves at each other on open ground and then flee at their earliest convenience. But with reliable intelligence, one side can dictate where and when the fight will come and how best to win it. This is why George Washington famously said, “There is one evil I dread, and that is their spies.” Spies are often the unsung heroes of war, and it has always been on their shoulders that a war rises or falls. 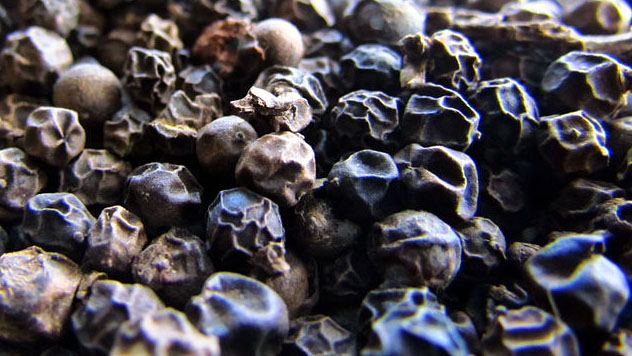 The Dutch fought this war against the Sultanate of Aceh, on Sumatra Island in Indonesia, over the noble cause of . . . black pepper. No joke. The whole world wanted pepper, and it grew abundantly in Sumatra, so the Dutch wanted control over the state.

By 1890, the Muslims were calling the war an Islamic defense against Western imperialism. In the spirit of holy war, the Dutch turned to Dr. Christiaan Snouck Hurgronje, one of the world’s preeminent scholars of the Orient. Hurgronje, a convert to Islam, spied on the Sumatran religious leaders and discovered that though they cared about winning the war for Islam, they seemed to neither understand nor care why the Dutch and Acehnese were fighting.

Hurgronje advised the Dutch commander, Major Joannes van Heutsz, to raise tensions between Aceh and the religious locals. This worked like a charm. The Dutch soldiers gave food and medicine to the local villages and preached against the rich, selfish Acehnese state. The locals so admired Hurgronje for his vast knowledge of the Qu’ran that they issued a fatwa in 1894 calling for peace and cooperation with a Dutch colonial government. The Dutch and local Indonesian tribes joined forces and put down the Acehnese state for good by 1914. 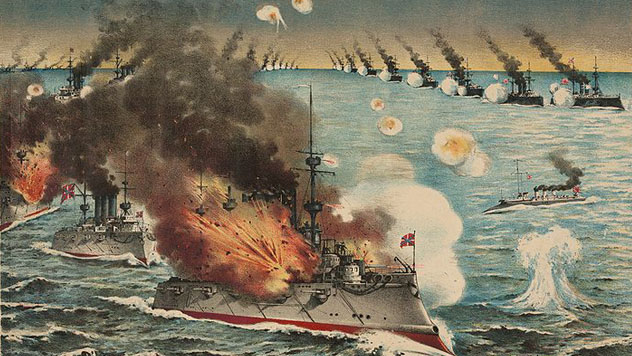 The first great war of the 20th century was between Russia and Japan over control of Korea and Manchuria. To win at Port Arthur (today known as Lüshun Port in Dalian, China) the Japanese needed to navigate through a harbor wired with mines to close within battleship range of the Russian fleet. For this, they had a secret weapon: a Russian double agent in Port Arthur, Sidney Reilly.

Reilly was nicknamed “the Ace of Spies” and had been sending information to the British and Japanese, while also stealing food and morphine for sale as a war profiteer. Less than a month before the battle at Port Arthur, he and a Chinese engineer managed to bluff their way into the Russian naval headquarters and steal the harbor’s defense plans for the Japanese. This gave the Japanese the locations of all mines and shore batteries, springing them into action.

The information wasn’t enough for the Japanese to wring a total victory—they lost five ships and 90 men against Russia’s losses of seven ships and 150 men. But holding their own in this battle helped the Japanese eventually win the war, a stunning accomplishment against a European power. This, in turn, weakened Russia’s control of its own people, leading to the Revolution of 1905. 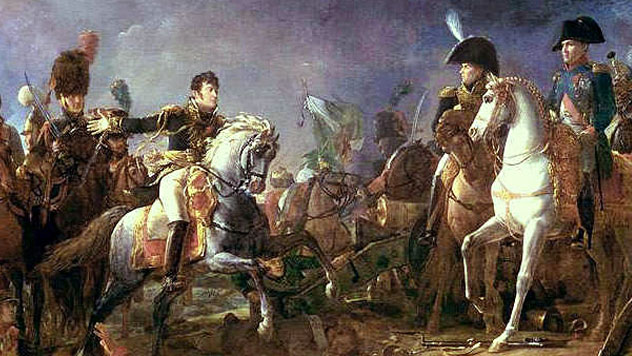 Historians remember Austerlitz as Napoleon’s perfect masterpiece, but much of the credit for his victory belongs to another man. Karl Schulmeister was Vienna’s chief of police and was also Napoleon’s double agent, supplying the French generals with whatever information they requested.

The legends surrounding Schulmeister boggle the mind. During 1809’s Battle of Wagram, Austrian soldiers recognized him as a spy and chased him into a boarding house. They found a barber with towels and razors behind a bar and said, “We are chasing a spy!” The barber replied, “He just ran upstairs!” They ran up in pursuit, and Schulmeister the barber got away.

His most famous success occurred in 1805 when he, as police chief, walked into Lieutenant-Marshal von Leiberich’s headquarters and gave him a forged newspaper. The document said France was on the verge of revolt against Napoleon, whose troops were retreating from Ulm. Von Leiberich’s took an army there to capture whatever French troops remained, but he instead found a very large, highly trained army waiting in ambush.

Schulmeister and Napoleon tried a similar trick at Austerlitz. Schulmeister obtained information on secret Austrian troop movements, and Napoleon feigned weakness in his own army to lure in the Austrians and Russians. When the battle itself began, Napoleon surprised his opponents with 22,000 additional men appearing in the rear, resulting in one of the most brilliant military victories in millennia. 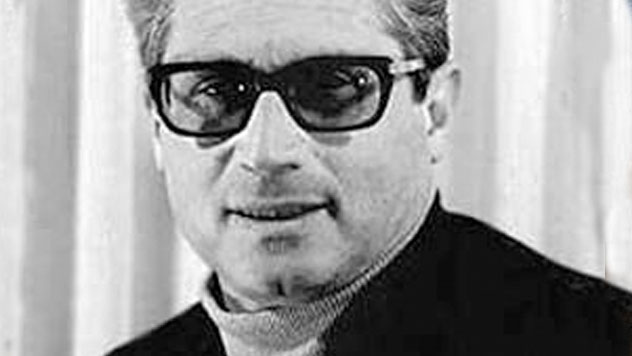 By 1967, tensions between the Israelis and the Arab coalition had reached such intensity that the Egyptians did not even dare cross the Israeli border. They did, however, mobilize a massive force along this border, stationing 950 tanks, over 1,000 cannon, and 100,000 troops in place. But the Israelis gained a victory with a pre-emptive airstrike, which caught the Egyptians unawares. And this strike was only possible thanks to Aharon Yariv, the director of the Israeli military intelligence section, Aman.

Yariv had been preparing for the war at least two years in advance by sending his agents into Egypt masquerading as Arab cooks or soldiers to spy on every Egyptian air base. The Israeli military learned where every single Egyptian plane was and would be—every pilot’s name—the name and background of every commander—schedules for pilots, ground crews, and tower controllers—and all Egyptian battle codes and communications frequencies.

The Israelis destroyed 338 Egyptian planes and killed over 100 pilots, guaranteeing themselves air superiority throughout the war. There’s a reason the was lasted only six days, and the reason was Yariv. 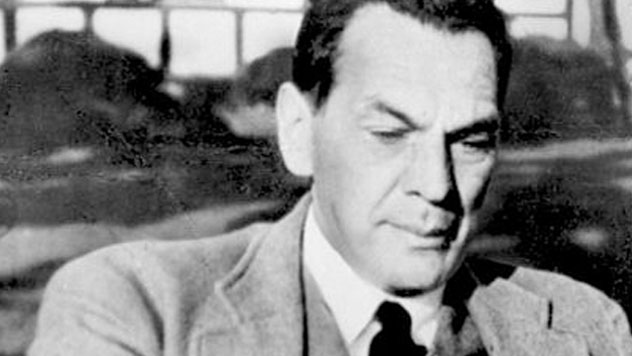 The Soviets’ successes in these two battles can be credited almost entirely to a single man: Richard Sorge. Sorge was Ian Fleming’s primary inspiration for James Bond and was, in many expert opinions, the finest genuine spy in modern history. By 1941, he had several spies of his own working for him in Tokyo, and he was privy to Japan’s most clandestine secrets with the Nazis.

Sorge learned the approximate date of the German invasion of Russia, and relayed it to Stalin, who . . . did nothing with it. He simply refused to believe it. But once the attack got underway, Sorge’s information remained useful. He relayed to Stalin that Japan, a Nazi ally, would be no threat unless Moscow fell. This freed up millions of conscripted Serbian soldiers, who’d stayed in the center of the nation in case Japan attacked.

Moscow held. Stalingrad held, and Leningrad was liberated. But the Japanese discovered Sorge’s espionage and hanged him when the Russians refused to admit he worked for them. 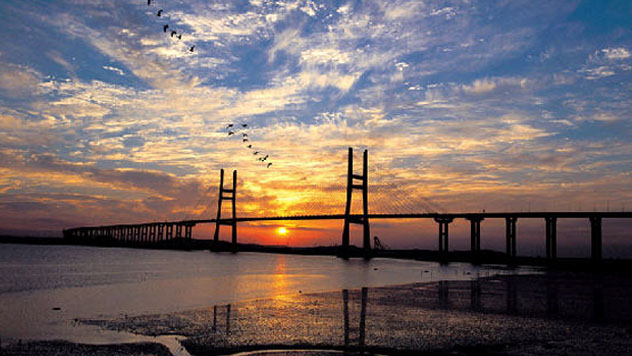 When the Korean War began, the North Koreans overran Seoul in two days. Within months, they had almost taken over the entire peninsula, and the UN and US finally intervened. But before any invasion, General MacArthur authorized an intelligence mission led by Lt. Eugene Clark. Clark returned with information about North Korean defenses, but he also reported on something more unusual: the tides.

The Incheon tide has the greatest range in all of Asia. It regularly rises and falls 9 meters (29 ft). And until Clark investigated, the Americans had no knowledge of this at all. They had been planning to send troops under heavy enemy fire over mudflats that would not have supported their weight. With Clark’s firsthand reconnaissance, MacArthur found planning the invasion to be quite easy, and the battle was a decisive UN victory.

By December, the UN counteroffensive had retaken Seoul and almost conquered the entire peninsula to the Chinese border. 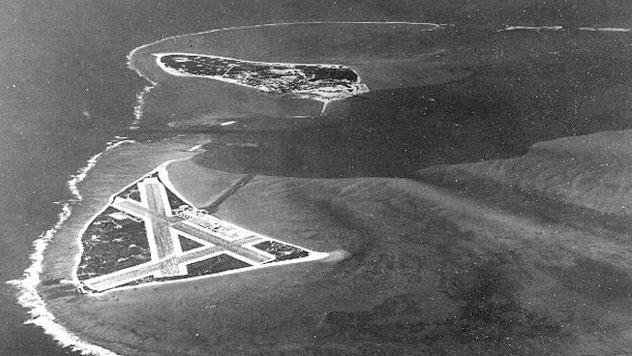 Six months after the Pearl Harbor bombing, America knew Japan was on its way for another attack. Intercepted broadcasts identified the target as “AF,” but no one could be sure just what that meant. A likely candidate was the Midway Atoll, named for its location midway between North America and Asia. But this was no more than a one choice out of several, and without further intelligence, the US couldn’t commit too much of its resources to one location.

Then a lieutenant under Commander Joseph Rochefort suggested an ingenious trick. The navy sent out a broadcast claiming that Midway was short of water. Within two days, Japanese radios were stating that “AF” had a water shortage, and the Americans knew where the fight would be.

Separate intelligence operations contributed further to the effort. Services had recorded the entire Japanese naval order of battle, down to the number of carrier planes. Then on June 4, an American scout plane happened on the entire Japanese fleet and radioed in its position; at almost the same moment, elsewhere over Midway, a Japanese scout plane happened on the position of the American fleet, but the pilot’s radio broke. The Americans knew to the second where every Japanese ship was, and the Japanese knew nothing of the Americans’ locations.

The entire Japanese main carrier fleet in the Pacific was eradicated. Henceforth, the Japanese had no hope at all of winning. 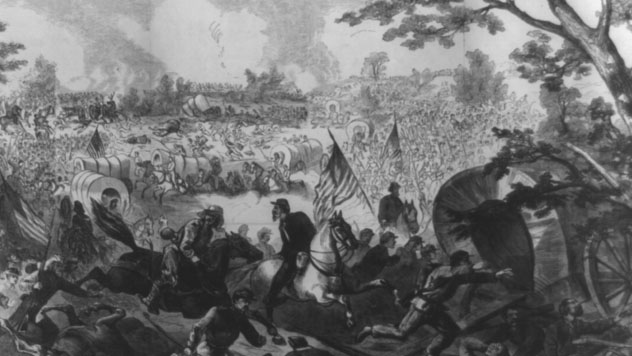 The Confederates planned ahead for the Civil War’s first major land battle by organizing a major spy ring in Washington. Rousting up potential spies was not difficult, since Confederate sympathizers filled the North, so Captain Thomas Jordan established a network of several hundred civilians throughout the city. Their leader was Rose O’Neal Greenhow, a socialite privy to all the important circles and parties. Her ring featured couriers, housewives, bankers—she approached for information anyone who publicly supported the South’s cause.

That July, Greenhow sent Confederate general Pierre Beauregard information on Union troop movements, troop strength, and overall morale. Beauregard did not exactly effect an ambush, but he knew locations the enemy could flank, and he steered his troops clear of them. The Confederates occupied the best defensive area at Blackburn’s Ford, in a sharp bend of the river, and set up a vanguard to weaken the Union’s advance. This vanguard was commanded by General Thomas Jackson, who here distinguished himself by refusing to withdraw his men under fire, earning his nickname of “Stonewall.”

Reserves soon joined Jackson’s troops, and the whole Union was driven off the field. 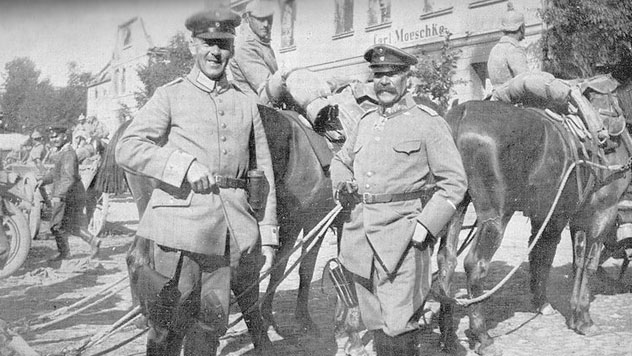 The Battle of Tannenberg was possibly the Germans’ finest success during all of World War I. Had the Russians won, the subsequent Allied victory at the Marne River might have weakened the Germans to the point that the Americans would not have needed to enter the war. Instead, the Germans completely destroyed the entire Russian second army, taking 100,000 prisoners, inflicting 50,000 casualties, and suffering only 12,000 losses themselves.

The reason for their success: Russian radio broadcasts. The war took place in the fledgling days of radio, and neither side was quite expert at disguising their messages. They did attempt to encrypt classified broadcasts, but the pitifully untrained Russian radio operators could not consistently figure out their own cipher. They’d send their communications over open frequencies without encryption and would often send the same broadcast wirelessly multiple times. The Germans were always listening, and thus knew precisely what the Russian armies were up to. 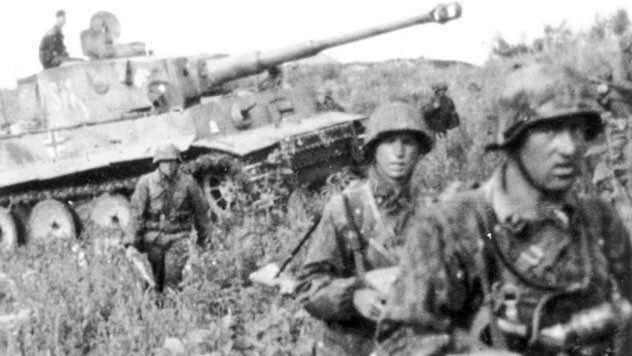 The Battle of Kursk remains the largest armored engagement in human history, featuring 8,000 tanks and 2 million men. The Germans might have won, but the Russians knew about their plans well in advance.

Months prior, the Russians had received good details about Hitler’s intentions via the Lucy Spy Ring in Switzerland. “Lucy” was the codename for Rudolf Roessler, whose espionage methods were so brilliantly covert that even today very little is known about how he obtained information. He was able to relay to Moscow information gleaned from German war councils in Berlin within a single day, sometimes six hours. It was through him that Stalin and his generals learned in March that Hitler planned a push against Kursk.

Although Hitler called off the operation on July 16 to deal with the Allied invasion of Italy, the Russian counteroffensive pushed the Germans farther and farther back for over a month, until the Russians had reclaimed more land than they had before the battle. The Germans would never again be able to mount an offensive on the Eastern Front.

FlameHorse is a writer for Listverse.