Read between the lines. Verify the sources. These are a few of the things we have been taught to help us watch out for stories of a dubious nature. This rings especially true in the world of journalism, where sleazy reporters can turn half-truths into wholly believable stories for an equally gullible public. Sometimes the stories themselves are so incredibly unbelievable that we apparently can’t help but believe them to be true, as demonstrated by these more obscure journalistic hoaxes.

10The Winsted Wildman Of Connecticut 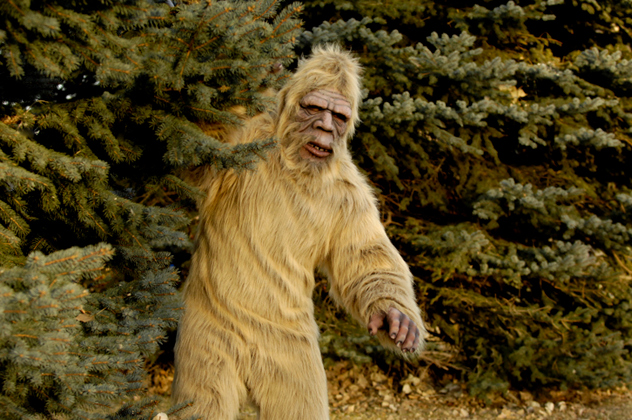 Akin to the Bigfoot legend, a similar apelike humanoid allegedly inhabited Winsted, Connecticut in 1895. Existence of the Winsted Wildman—as it came to be known—was brought to public consciousness after reports detailed how one town official accidentally encountered the beast on the outskirts of the town. Soon, sightings of a large, hairy, naked man running loose around Winsted regularly made the news. Search parties from as far as Boston and New York trekked to Connecticut to scour for the elusive beast. None succeeded.

It turned out the Winsted Wildman only existed in the fertile mind of one opportunistic reporter, named Louis Stone. Eager for fame, Stone regularly made up a myriad of tall tales that included not only the Wildman, but also baked apples grown from trees and a domesticated squirrel that could use its tail to clean its master’s shoes. Due to his incessant fibbing, Stone did achieve fame—as the “Winsted Liar.”

9The Great Wall Of China Hoax 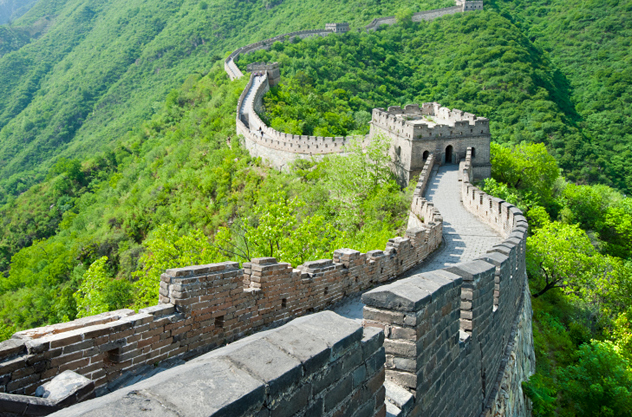 The Great Wall of China Hoax of 1899 was the product of a slow news day mixed with a jug of beer. It went like this: four Denver reporters met on a Saturday night, each having deadlines for a good Sunday news item. Having failed to find anything, the four went to a nearby hotel, drank round after round of beer, and then jointly agreed to make up a story that foreign businessmen were coming to tear down the Great Wall of China and use the materials to build a road.

Suffice to say, the hoax sparked a huge controversy at home and abroad. Major newspapers around the world picked up the news and did nothing to ease Chinese distrust against foreign powers. In a display of karmic comeuppance, the four journalists themselves became victims of a counter-hoax—their story allegedly ignited the bloody Boxer Rebellion that resulted in the deaths of thousands of Chinese and foreign missionaries. 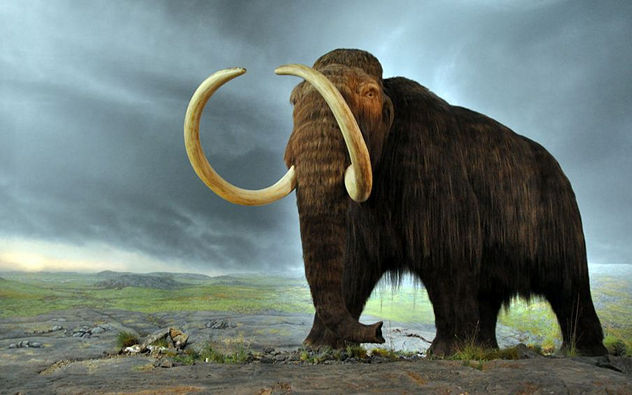 How does it feel to kill off the last woolly mammoth on Earth? According to H. Tukeman, it was “a feeling of pity and guilt.” In an article he contributed to the October edition of McClure’s Magazine in 1899, Tukeman wrote how he had reportedly discovered and killed a woolly mammoth in 1890. He had met an Alaskan native, named Joe, who told him of the animal’s existence and knew its location. Together, the two went off into the Alaskan wilderness to track down the mammoth. After they found it, the pair laid a trap and successfully shot it to death. Afterwards, the repentant Tukeman buried the mammoth’s body (and cooked some of its meat) before going back to San Francisco. He related his story to a scientist who offered to pay him for the mammoth’s body and whitewash his role in the mammoth’s death.

The article became a highly-publicized issue after the magazine published it. Worried and curious readers peppered the magazine with queries and demands for additional information. Unfortunately for them, the whole thing was a fantasy—the magazine had clearly printed in its table of contents that the story was purely fictional. In October 1863, a shocking news report came out, which detailed how one man brutally assaulted and massacred his entire family in Empire City, Nevada. The man, a certain P. Hopkins, had been driven insane after he lost his investment in a mining company. In a fit of rage, he scalped his wife, killed seven of their children, and severely wounded two more. Afterwards, he slit his own throat and rode off on horseback with his wife’s scalp all the way to Carson City, where he dropped dead in front of a saloon. The news carried to neighboring California and had been dubbed the “Empire City Massacre.”

Of course, the whole thing was just a hoax cooked up by none other than Mark Twain himself. He created the story as a form of protest against the unfair profiteering practices of mining companies, which included increasing their stock values by falsely raising their dividends. This wasn’t the first time Mark Twain wrote a satirical piece—a year earlier he had also written about the discovery of a “Petrified Man,” which was meant to poke fun at the newspapers’ then-fascination with petrifaction.

6The Unparalleled Adventure Of One Hans Pfall 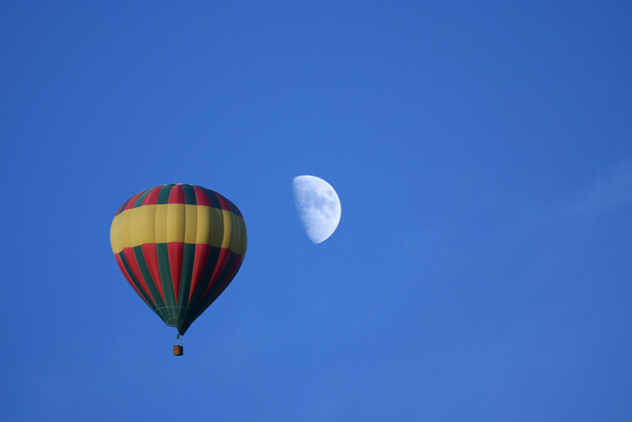 Edgar Allan Poe will be forever remembered as the man who mastered the art of macabre writing. Yet before he became known as such, Poe also indulged in made up news stories, like when he wrote how a group of adventurers flew from Britain to the US via a balloon in 1844. Nine years earlier, Poe wrote an even more fantastical story: “The Unparalleled Adventure of One Hans Pfall.” Now regarded as a predecessor to American science fiction literature, the story told of how a Dutchman named Hans Pfall created a balloon-like ship made up of used newspapers to fly to the moon, where he encountered different life-forms.

While Poe made sly references that hinted at the story’s fictional status, most readers took the whole thing as real. Poe’s story was upstaged two months later by the Great Moon Hoax of 1835, wherein newspapers dubiously reported a story about a British astronomer who found life on the moon using a customized telescope.

5The Bigamist Of San Bernardino 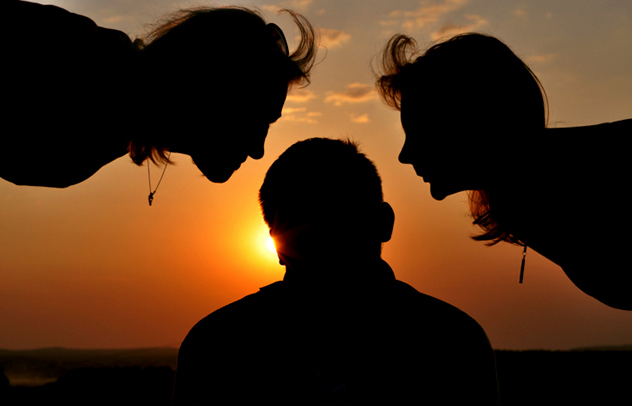 One of the more sensational scandals to hit conservative America in the 19th century was the story of the bigamist of San Bernardino. In this lovelorn tale, an Englishman by the name of Henry Oades generated controversy among the townspeople of San Bernardino, California when it was discovered he had been legally married to two wives.

Oades had presumed his first wife dead after they had been attacked by Maori tribesmen in New Zealand. Desperate to move on, the English native traveled to San Bernardino, where he later met his second wife. The couple lived happily for some years—until one day Oades’s first wife and children showed up at his doorstep. It turned out she survived the attack and had been searching for him all along. With all parties being unable to reach a compromise, Oades was charged for bigamy, which he successfully overturned because he thought that his first wife was truly dead for more than five years.

For all the controversy it generated, the story was one great big ruse. One unnamed author conjured up the tale as a way of exposing the loopholes in America’s civil codes at the time. It was hugely successful—American lawyers and law schools used the case to review civil laws for more than 50 years. 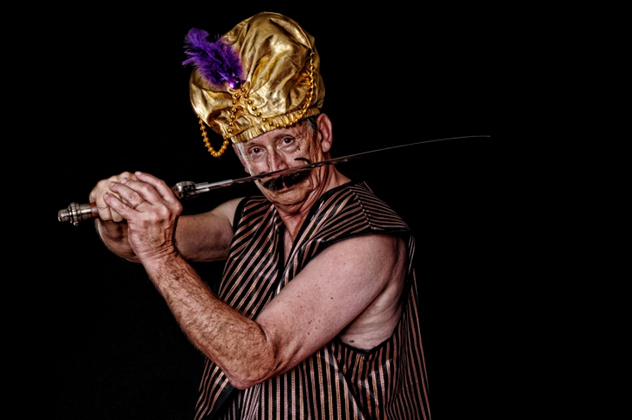 In November of 1894, the United Press ran a seemingly innocuous story in its newspapers about a revolt in India that involved one Rajah Siht El Otspueht. Unfortunately for them, the story was not real; it was just a trap designed by rival Associated Press to catch them in the act of lifting news. AP’s general manager, Melville Stone, had grown tired of United Press’s incessant plagiarism and decided to do something about it.

While a revolt really happened in India, Melville changed the name of the Indian leader to the fictional Siht El Otspueht. After UP ran the story, Melville excitedly pointed out the real name of the Indian chief in several AP newspapers: it read “The UP Stole This,” when spelled backwards. The hoax provided AP with a much needed victory over its bitter rival. The two organizations would clash for several more years, until 1897—with AP finally emerging as the dominant news agency. 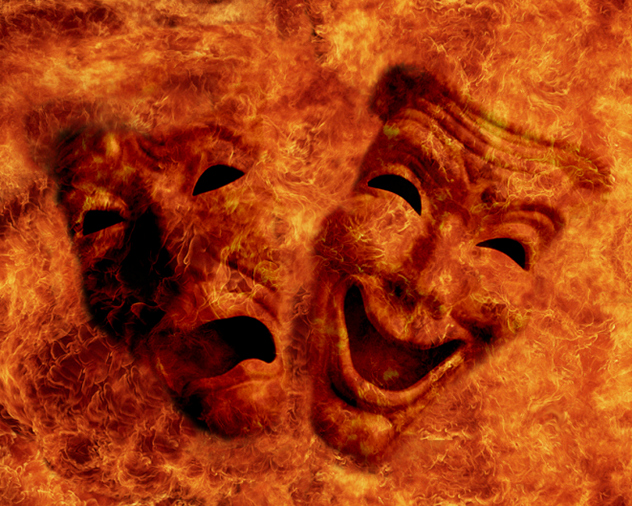 Was writing a sensational piece of news really the correct way of raising public awareness? For the Chicago Times, yes was the answer. On February 13, 1875, the newspaper released a story about a horrific fire that occurred in an unnamed Chicago theatre. The story included extremely graphic details of severely burnt casualties and charred corpses. Although the newspaper claimed that their story was purely fictional (they had a disclaimer at the end) and was supposed to be an eye-opener for the poor safety precautions inside theaters at the time, the public was infuriated.

What made the story extremely believable was the casualty list; the newspaper used common names and initials, thereby deceiving the readers into believing that their family or friends might have perished inside the theater. Rival newspapers openly mocked the Chicago Times. One of them, the Chicago Tribune, released a satirical news item that depicted a woman who had gone insane and a mother who died after both feared their loved ones had died in the fire. Unfortunately, the Chicago Times’s story became reality three decades later, when more than 600 people died in the Iroquois Theater fire—one of the deadliest in US history. 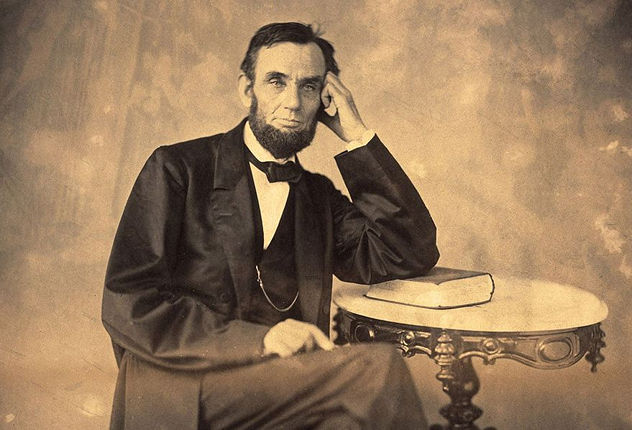 As the Civil War was still raging in 1863, two New York newsmen, who supported the Democrats, released a racially-charged pamphlet designed to embarrass the Republicans. Supposedly written by a Republican, the pamphlet—titled Miscegenation: The Theory of the Blending of the Races, Applied to the American White Man and Negro—contained inflammatory statements, suggesting that both white and black people should mix to produce stronger offspring.

While the pamphlet sounded inclusive, the two Democrats who wrote it—David Croly and George Wakeman—planned to use it to sway public favor against the Republicans, just before the critical elections of 1864. The hoax generated great controversy across the world and even went as far as to affect Lincoln’s reelection bid.

Ironically, it was a pro-Confederate London newspaper that finally revealed the hoax and the real perpetrators behind the scheme. Lincoln and the Republicans went on to win the elections. As for the pamphlet, it curiously predicted the future of a free and diverse America. 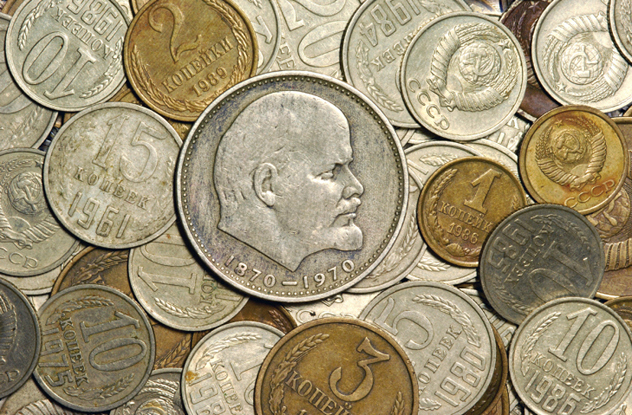 Did Russia’s economy fall so low that it had to sell off an invaluable piece of history? According to Forbes, after the breakup of the Soviet Union in 1991, the Russians were looking to auction off the body of Vladimir Lenin in order to pick up funds for the new government, while ridding themselves of past communist affiliations. Legitimate news agencies such as USA Today and the AP believed the story to be true and widely reported it as such. Even Peter Jennings of ABC’s World News Tonight fell for the hoax and stated that the Russians wanted at least $15 million for the body.

Finally, the hoax unraveled after Russia’s Interior Minister, Victor Barannikov, called the whole thing an “impudent lie” and Jennings had to apologize for the false report. Although the story had finally been retracted, the Russian government reportedly continued to receive calls from bidders for several more months.