If we read or hear something today that sounds a little strange, all we have to do is check the facts. But before we all had access to Google in our back pockets, people relied on the truthfulness of reporters.

This was even more impactful when radio was one of the only news sources. This list compiles hoaxes from the 1940s onward. While some are definitely within the time frame of the advent of the Internet, you’ll be surprised at how gullible some people really are! 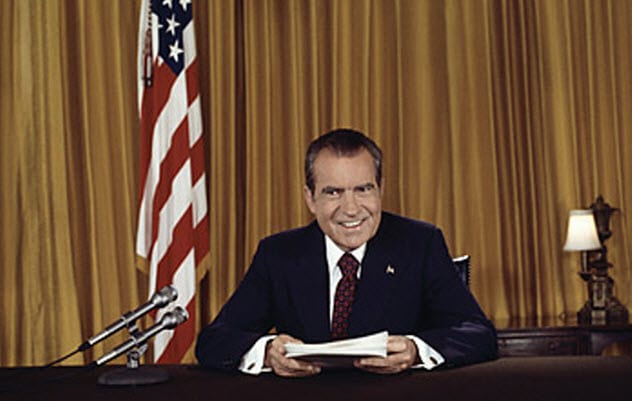 Back in 1992, the National Public Radio broadcast a sound bite of Richard Nixon telling Americans that he was going to run for the presidency . . . again. It had been less than 20 years since he had resigned after the Watergate scandal.[1]

But here he was, telling listeners that his new campaign slogan would be, “I never did anything wrong, and I won’t do it again.” Of course, many listeners called in to try to figure out what was going on. But it wasn’t until the end of the show that comedian Rich Little let everyone know that it was just an April Fools’ Day joke. 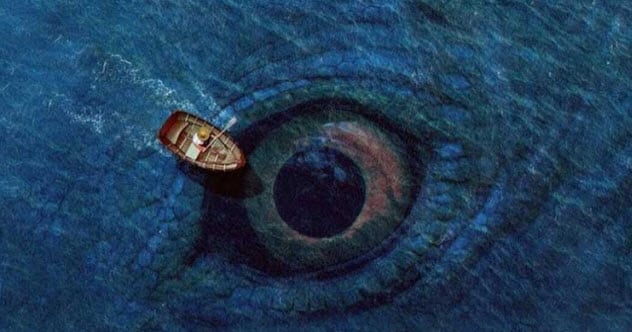 One evening in 1947 on the Armed Forces Radio Station WVTR in Tokyo, two broadcasters interrupted programs with the news that an unknown beast from the sea had emerged and was moving inland. Mixed in with the news story was the incredible audio of gunfire, cannon shots, and “live” recordings from journalists at the scene.[2]

The first report said that some fishing boats had gone missing. Then a fishing village had been destroyed, and eyewitnesses had seen a sea monster moving up the coast. Armed units were said to have been deployed to attack the monster with cannons as rifles were ineffective. All this was accompanied by the bloodcurdling shrieks and roars of the beast and cries from the terrified onlookers.

Although the hoax was revealed the next day, the identities of the broadcasters are lost to history. Some speculate that they may have been sent to Korea as their punishment. 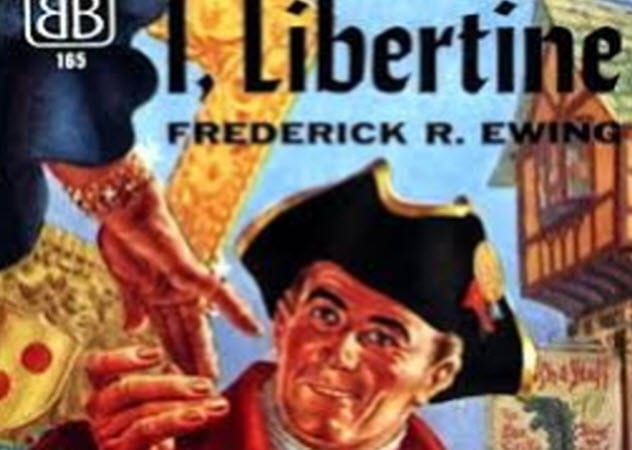 In 1968, late night radio host Jean Shepherd told his New York City listeners to go into bookstores to ask for I, Libertine, a title that didn’t exist. The hoax was on the bookstore owners, and listeners could enjoy the confusion that emerged from the prank.

The reason for going to so much trouble came from an incident in which the DJ asked a book clerk to search for a title. However, the clerk insisted that the title wasn’t on a list of published books, so it didn’t exist. Shepherd vehemently disagreed, but the clerk was unmoved.

Enraged, Shepherd went ahead with the prank and asked his “night people” listeners to put in requests for I, Libertine, the made-up book, all over New York City and throughout the United States. One listener even made requests in the UK and Scandinavia.

A way of knowing another “night person” was to say, “Excelsior.” The other person would respond, “Seltzer bottle.” One student handed in a book report on the nonexistent title. His teacher, also a fan of Shepherd, gave him a B+ and wrote “Excelsior!” at the bottom.[3]

Following the mysterious popularity of the book, one publisher traced it back to Shepherd and asked if a real book could be published. He agreed, and a listener who was also a writer created the tale. However, the photo of the “author” on the back cover was a picture of Shepherd using the pseudonym Frederick Ewing.

By the time the book was released, the cat was out of the bag. Copies are now considered highly collectible and can go for hundreds of dollars. 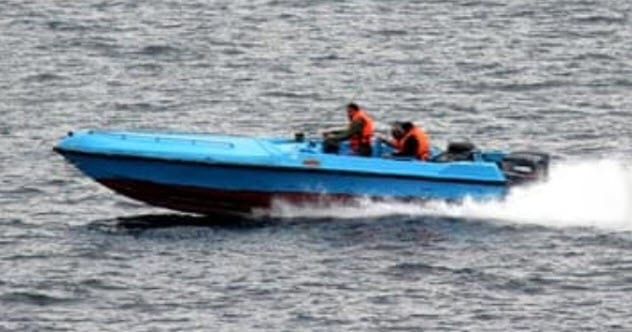 The United States Navy almost fired on Iranian speedboats after a radio prankster called “Filipino Monkey” interrupted ship-to-ship broadcasts with insults and abuse. The incident occurred in the Persian Gulf in January 2008, and the US Navy was ready to retaliate after the broadcast informed them that the boats were carrying explosives.

Delivered in a strange English accent, the broadcast’s message was, “I am coming to you. You will explode in a few minutes.” The incident lasted only 20 minutes, but the US Navy gunners were said to have been only seconds away from firing.

Apparently, the Filipino Monkey has been broadcasting obscenities and threats for 25 years and is something of a joke to those who live and work out there.[4]

6 The (Actual) End Of The World 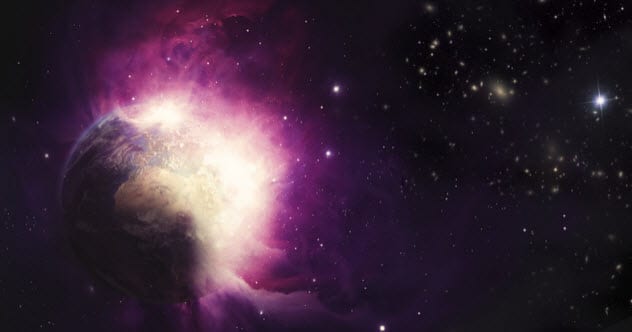 In 1940, radio station KYW released a warning that, according to the Franklin Institute (a science museum in Philadelphia), the world would definitely end the next day at 3:00 PM Eastern time. The announcement was made only two years after The War of the Worlds was released as a radio play, acted by Orson Welles. That had everybody in a panic who hadn’t realized that it was just a play.

Instead of people learning from this, authorities had their phones ringing off the hook. The mayhem only subsided when the Franklin Institute issued a statement that they hadn’t made any end-of-the-world predictions.

The person responsible turned out to be William Castellini, the press agent for the institute. He had been trying to figure out an effective publicity stunt to publicize an upcoming lecture, “How Will The World End?” Castellini was subsequently fired.[5]

5 A Mile-Wide Swarm Of Wasps 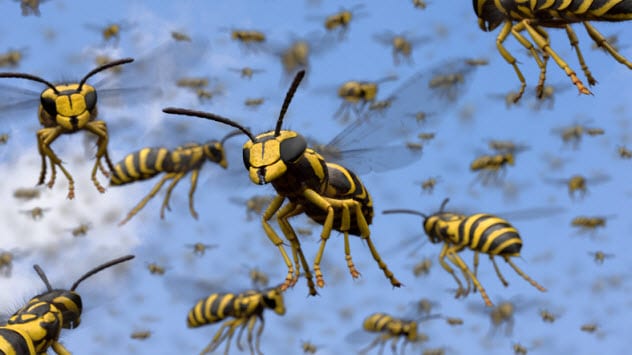 In 1949, DJ Phil Shone from New Zealand’s 1ZB’s Auckland breakfast radio broadcast told listeners to prepare themselves for a swarm of wasps 1.6 kilometers (1 mi) wide that was headed for the city. Some effective preventative measures included wearing socks over the bottom of trousers, lying down and keeping still, blocking the keyholes of doors, and planting traps of brown paper smeared with jam outside homes.[6]

Of course, calls were made to the police and other government officials. The police had to call the station twice before the hoax was abandoned. Ever since that day, an email makes the rounds the day before April Fools’ Day reminding radio broadcasters of their obligation to tell nothing but the truth. 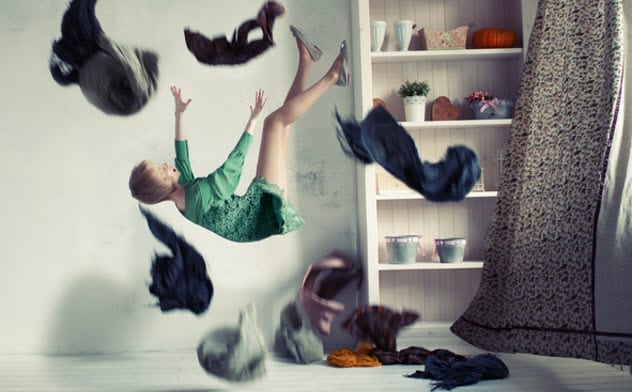 One of the best hoaxes came from astronomer Sir Patrick Moore on April 1, 1976. According to Moore’s announcement on air, when Pluto was passing Jupiter at 9:47 AM that day, the alignment between the planets would affect gravity on Earth for a few moments.[7]

BBC Radio 2 listeners were encouraged to jump up and down at that time to experience a sensation of floating. Despite the whole thing being a hoax, listeners began to ring in to tell Moore what had happened to them as they floated with less gravity.

One woman apparently floated around the room with her friends, and another person rose so quickly that he banged his head on the ceiling. The event is often lauded as one of the best April Fools’ Day jokes ever. 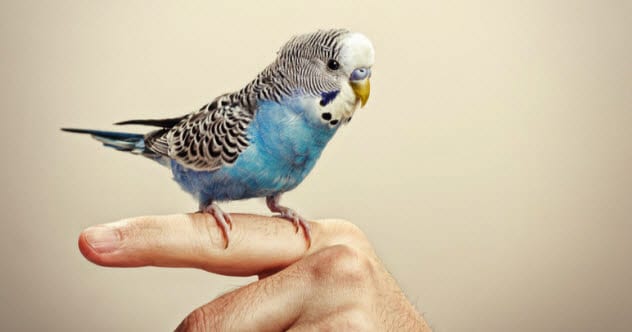 CBC radio in Canada had a program called The Food Show. In 1979, a reporter on the show interviewed Fiona Curtis from Ontario. After being inspired by her husband’s pigeons, she had started a new business selling cooked budgerigars to high-end delicatessens.

The clip from the show is still available online. Curtis describes her three stuffing options: chestnuts, onion and bread, or squid with bread and paprika. When asked what other animals she might turn into a delicacy in the future, she says possibly gerbils as they are meaty and grow fast.

Curtis agreed that people could do this at home themselves if they couldn’t find her prepared budgies in a local store. She recommended using a lot of spice. She also said that you could eat the bones: “They crunch.”[8]

Her company slogan was said to be “Bite-Size Budgerigars,” and she offered a recipe for any do-it-yourselfers. This was definitely a joke and aired on April Fools’ Day. 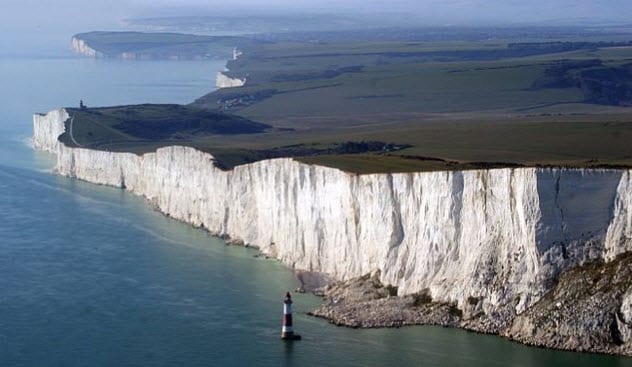 The movie Titanic was released in 1997, only four years before this hoax. The excitement from the blockbuster must have been too much for locals who thought they had a chance to see a replica sail past the coastline of Beachy Head in East Sussex, England.

Hundreds of listeners of Southern FM radio arrived at the 162-meter-high (531 ft) cliffs to see the ship. But the coastguard had to be called when a 1.5-meter (5 ft) crack in the rock appeared from the weight of all the unexpected people. Thankfully, it didn’t end in disaster like the real Titanic and everyone was evacuated safely.[9] 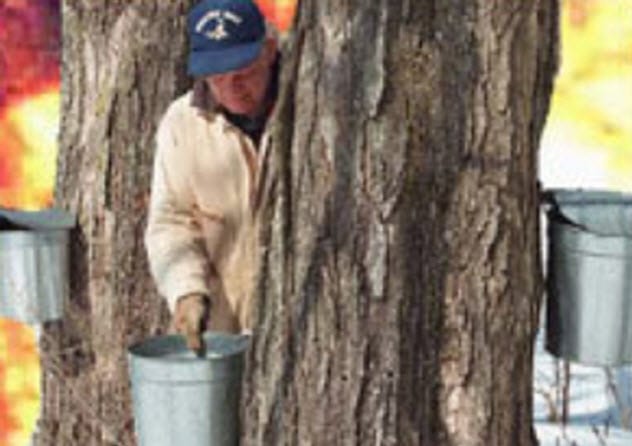 NPR’s program All Things Considered ran a story in 2005 that exploited the craze for low-carb diets. According to this hoax, the diet craze had caused New England maple trees to be left untapped. Supposedly, this might lead to potential disaster as they could explode.[10]

Described as a “time bomb ready to go off” that could result in injuries or deaths, the Vermont Department of Health had apparently reported 140 injuries and 87 deaths, including at least a dozen decapitations, already that year. The segment, which can be heard online today, came complete with sound effects of dripping sap and exploding trees.

“Arboreal thermodynamic specialists” were asked to comment on the phenomenon. They said that Native Americans used to bleed the trees, but the technique had not been passed on to the Puritans who lived on the land. The blast of the trees was said to be heard 32 kilometers (20 mi) away, and spooky recordings have been collected by local folklorists. The report went on air on April Fools’ Day, of course.

Alexa is a writer and detective with the Department of Lost Socks living in Dublin, Ireland.

Read about more clever hoaxes on 10 Clever Hoaxes That Fooled Experts and 10 Viral Photos That Were Proven To Be Hoaxes.