When you wave goodbye to someone at the airport, does uneasiness suddenly hit your stomach? Or just before going on vacation, have you ever felt that your house will be burgled while you’re away?

Premonitions come in many forms—some as vague feelings, others as explicit dreams. Thousands of people have reported having premonitions right before a huge disaster or terrible tragedy shakes their world. 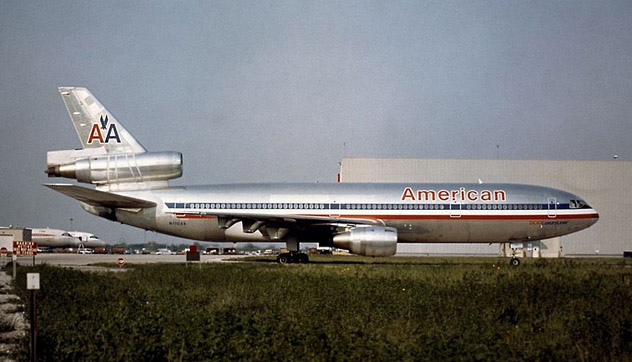 For 10 nights in a row in 1970, David Booth had the same nightmare. While deep in sleep, he witnessed a jetliner veering off a runway, flipping completely over, and then bursting into flames.

Booth felt compelled to inform the FAA about his dreams. Officials actually listened to what he had to say and concluded that he was dreaming of a Boeing 727 or perhaps a DC-10 plane.

On the day that David Booth had his last nightmare, American Airlines DC-10 Flight 191 crashed just a few moments after takeoff. One of the plane’s engines broke loose, causing an imbalance. The plane flipped on the runway and burst into flames.

All 273 passengers aboard died. 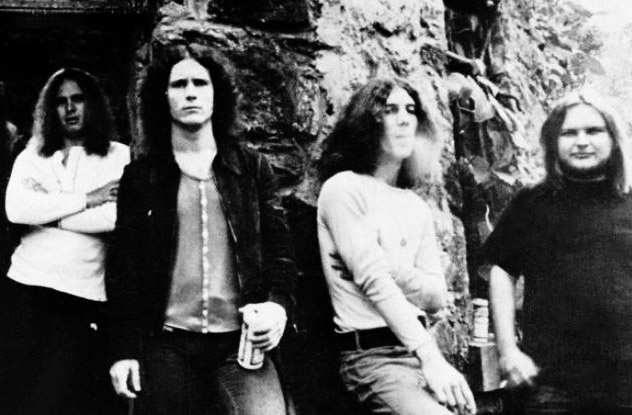 Some feel Ronnie van Zant mocked fate when he boarded his band’s plane just a day after the engine was sputtering flames. Van Zant uttered the following words on October 20, 1977 before stepping aboard: “C’mon, let’s go. If it’s your time to go, it’s your time to go.”

His time it was. The plane went down, crashing into a swamp in Mississippi. Van Zant, his guitarist Steve Gaines, Steve’s sister Cassie, and manager Dean Kilpatrick all died on impact, along with both pilots. Survivor Artimus Pyle recalled seeing horrific scenes, such as a headless pilot and Dean’s impaled body.

Band vocalist Jo Jo Billingsley claimed to have had a vivid premonition of the plane crash the day before it happened. Zant had recently asked her to return to the band after a departure due to drugs and alcohol addiction. The day she agreed to meet him, she dreamed of a plane crashing to the ground. Her dream became a reality the next day. 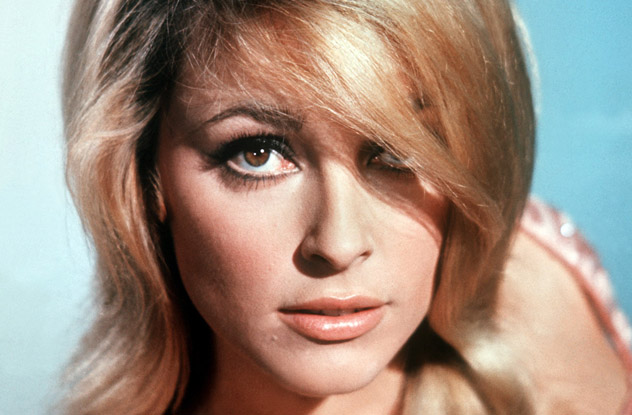 In 1966, actress Sharon Tate was hiding inside a bedroom at her ex-boyfriend’s home. All day, she’d been unable to shake a horrible sense of foreboding, and she was now trying to sleep the feeling off. Then she saw a man enter the room.

She recognized him as Paul Bern, the house’s former owner. The only problem was that Bern had committed suicide years before.

Sharon fled from the ghostly figure, down the stairs, where she saw a figure with its throat cut open. She fixed herself a drink and then headed back upstairs, once again hallucinating the victim on the stairs and Bern’s ghostly form.

In the years that followed, Sharon became increasingly convinced that the dead figure on the stairs was her. She told as many people as she could about what had happened during that night, but that did nothing to save her.

Three years later, two weeks from giving birth, Sharon and her unborn child became victims of Charles Manson and his Manson Family cult. She was stabbed to death, and some crime reports state that she was hanged from a rafter in the living room. The house where she died stood just a mile away from where she had seen the ghostly premonition. 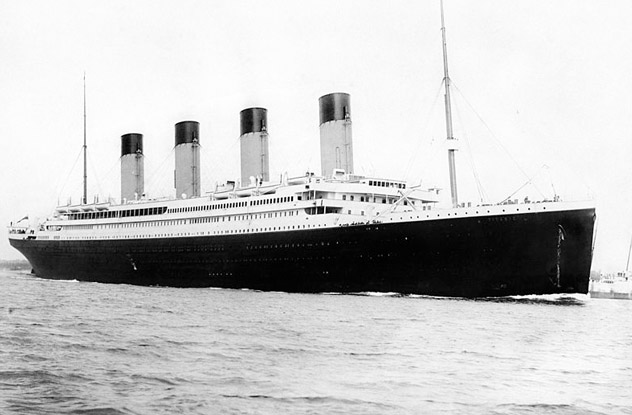 A haunting series of misfortunes preceded the sinking of the RMS Titanic. The ocean liner almost collided with a boat as it pulled out of the harbor in Southampton. Some said a cat and her litter left the ship, which was considered to be a sign of bad luck. After the sinking, people invented rumors—a cursed mummy was onboard, said some, so of course it sank. Others claimed a champagne bottle failed to break at the ship’s christening. These tales and many more have since been debunked.

Many people claimed to have foretold the sinking through premonitions, and we can’t dismiss them all as more stories made up after the fact. Some of these people actually refused to board the ship, likely saving their own lives.

Anne Ward was a maid to the Cardeza family, who bought the most expensive suite on the Titanic and survived the sinking. She refused to board the ship after having a premonition that something bad would happen during the maiden voyage. Major Archibald Willingham Butt had a premonition as well but did not stay off the ship—yet he did prepare his will before boarding, fearing correctly that he would not make it back to Europe alive. 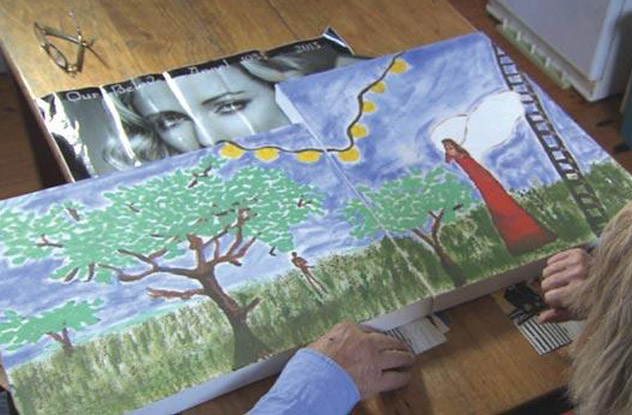 Paralympian Oscar Pistorius shot and killed his girlfriend, South African model Reeva Steenkamp, on Valentine’s Day 2013. He claims to have mistaken her for an intruder, and as of April 2014, his murder trial is still ongoing.

Reeva’s mother, June Steenkamp, told a newscaster that her daughter had a premonition of her own death and made it into a painting at the age of 14. The painting portrays Reeva as an angel standing at the bottom of a ladder leading to heaven. Far off in the distance, she drew a man. He has a gun in his hand.

The angel looks terrified. Her hands cover her mouth.

Reeva isn’t here to explain the picture’s true meaning, of course, but her parents are convinced that it depicts her death in a chillingly accurate manner.

For The Kids Of Deer Creek Middle School

In 2010, a gunman walked into Deer Creek Middle School in Littleton, Colorado and opened fire. No one died in the incident, not even the shooter himself, but 14-year-old Matthew Thieu wound up in the hospital, initially in critical condition.

Speaking to reporters while recovering, Matthew Thieu claimed to have had a premonition of the shooting months before it happened. He said he had a dream about a shooting that turned chaotic. In the dream, he was shot and was taken away from the chaos by paramedics.

Matthew and his mother believe that the premonition was a warning of the shooting incident. It was also a reasonable nightmare for the boy to have—Deer Creek Middle School had decades previously experienced a fatal school shooting, and the famous Columbine school massacre occurred just 5 kilometers (3 mi) away. 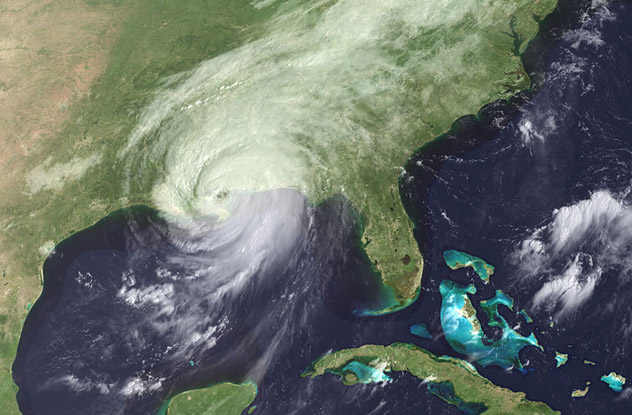 Jeremy Driscoll, a Benedictine monk living in Oregon, was listening to a report on the dangers of hurricanes in Louisiana when he suddenly had a vision. He saw the Gulf from a northern direction and could make out the state of Louisiana in the distance. The land seemed weak, unprepared for any disaster. A hurricane then rolled in and destroyed the state, and yet no one was killed because the area was deserted. Father Jeremy didn’t know if he had seen a vision of the past or the future—until Hurricane Katrina slammed into New Orleans in August 2005.

Jeremy’s vision was to be included in his book called The Monk’s Alphabet. However, the editors chose to omit it, as they felt people would never believe it. 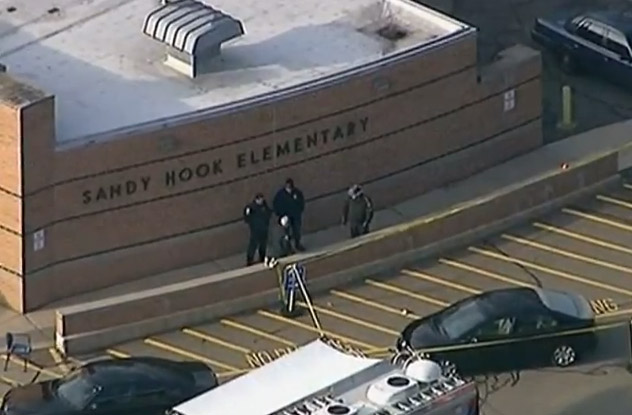 Doctors could find nothing wrong with Logan. When the principal tried to soothe him, his mother says he screamed, “No, no! It’s not a safe place. I am scared.” The boy visited friends during the time he was at home, but he became very upset during these visits—as though, claims his mother, he knew something terrible would soon hit them.

The tragedy happened in December 2012. Karen Dryer believes her son had vivid premonitions about the shooting. Though skeptics point out that they were probably just unrelated panic attacks, Karen says Logan inherited his grandmother’s psychic abilities, and they saved his life. 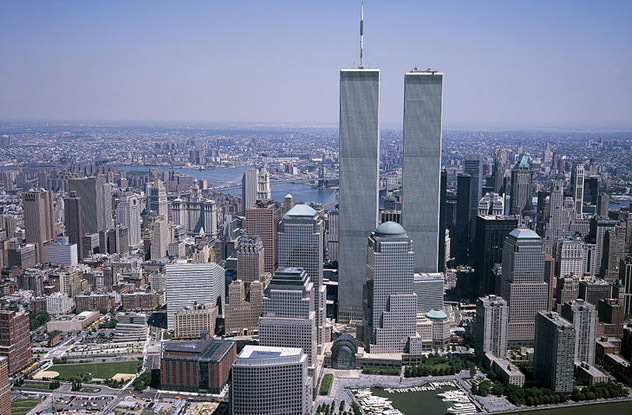 Much like the Titanic, the events of September 11, 2001 sparked numerous conspiracy theories, urban legends, and reports from those who claim to have predicted the tragedy.

Wall Street executive Barrett Naylor says he had two premonitions about the World Trade Center. The first came in 1993 while he was on a train to work. An overwhelming feeling told him he had to return home, and he did so—and resultantly missed the bombing that morning.

Eight years later, the same feeling of dread once again prevented Naylor from going to the Twin Towers. He returned home to see them burning on live TV.

Naylor worked in finance; he was a practical man with no inclination to believe in the supernatural. Yet premonitions seem to have saved his life on two occasions. 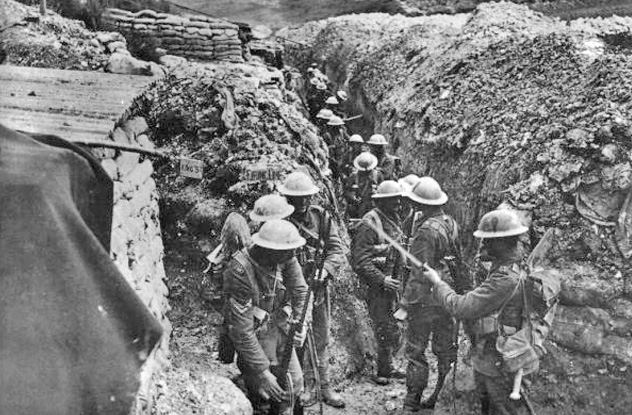 Carl Jung’s studies into psychoanalysis involved interpreting others’ dreams, but in 1914, he had some significant dreams of his own.

He saw the whole sea turn to blood, with multitudes of bodies drowning in yellow waves. Then he saw a cold wave freeze an entire country, killing everyone. Jung saw this as a premonition of war, and he thought further dreams of floods—water stretching from the Alps to the North Sea—represented the horrible trenches that soldiers were forced to endure.

He experienced his last dream in June 1914. Just over a month later, on August 1, World War I began.