The Land Down Under. Sweltering heat and a menagerie of obscure and bizarre creatures has led the smallest continent in the world to be considered a land of danger and death. Tales of man-eating sharks that put Jaws to shame, poisonous spiders that inhabit shoes, and crocodiles that resemble the dinosaurs that once walked the Earth are rooted in tradition. Yet, one cannot help but wonder: Just how dangerous are these creatures?

In the following list, with no particular order, we will attempt to dispel the notion that Australia’s fauna are simply creatures to be avoided at all costs. Rather, they’re the victims of media hype. Please comment with any creatures you feel were missed, or share your own stories of encounters with them. 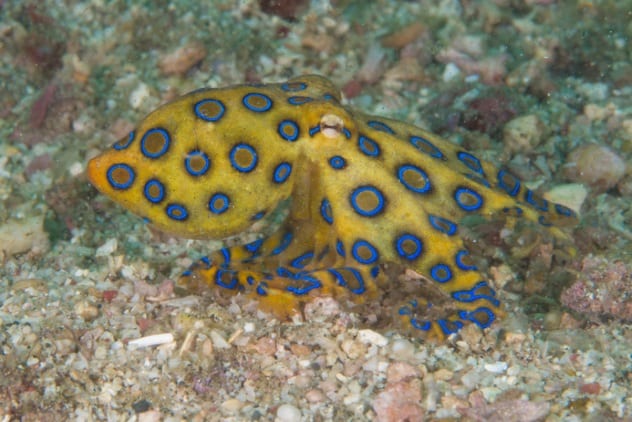 Perhaps the most unassuming creature on the list, merely the size of a pencil, the blue-ringed octopus has gained notoriety for its vivid coloration and paralyzing toxins. Often cited as an example for the adage “Everything in Australia Can Kill You,” these cephalopods have, in fact, garnered a reputation far exceeding their exploits.

Despite the strength of their toxins, only three deaths can be attributed to the octopuses’ bite, one of which did not even occur in Australia.[1] Note, however, that being bitten is still a serious matter and potentially fatal. So, spare a thought for the solitary creatures, and make sure you keep your hands to yourself when exploring tide pools. 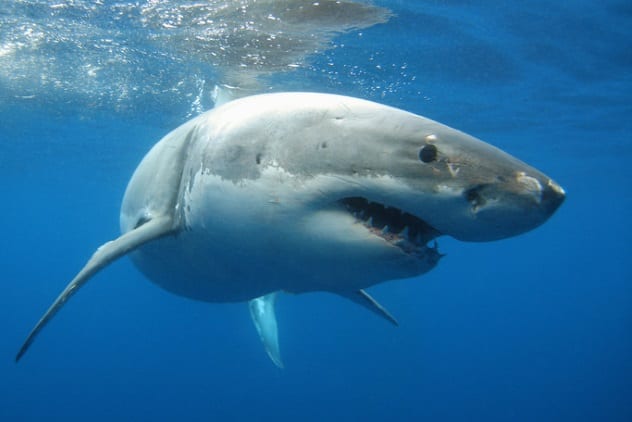 If Finding Nemo has taught us anything, it’s that one whiff of blood sends sharks into a murderous feeding frenzy. And there is some truth to that. Sharks are apex predators which will bite everything from unsuspecting fish to intrusive surfers. In fact, the likelihood of being attacked and killed by a shark is higher in Australia (the land of beaches and sun) than it is in any other country. How likely, you ask? Well, statistically, the odds of being attacked by a shark are one in 2,794,600, according to reports.

Those aren’t the worst odds, one must concede, especially when faced with the knowledge that over 70 people died between the years of 2008 and 2017 at the hands (hooves?) of horses and cows, compared to only 26 fatalities by sharks and other marine animals.[2] In fact, on average, only two people are fatally attacked by sharks in Australia per year. So, when in Australia, make sure you enjoy the beach, but always remember to swim between the flags! 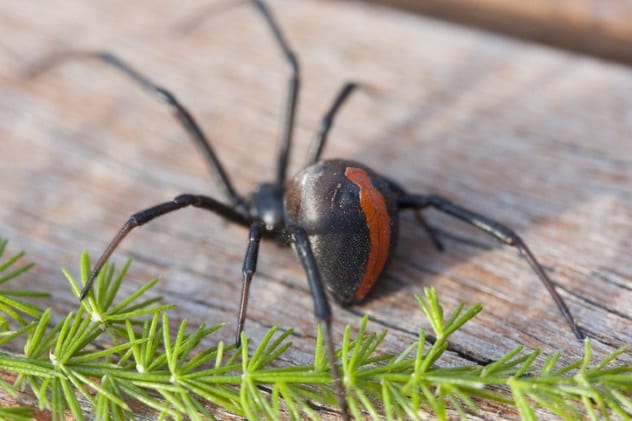 Nothing sends chills up one’s spine more than the thought of eight skeletal legs crawling their way across your skin, and this nightmare is very much a reality for many Australians. Approximately 2,700 spider species have been formally described on the continent, which is not even a third of the estimated extant species. Of these species, one of the most recognized and prevalent is the redback spider, so named for the distinctive red stripe on its abdomen. This creature inhabits urban areas, often found in garden sheds or similarly undisturbed locations, where it uses the toxins in its venom to subdue insects.

This venom is strong enough to kill humans who are unfortunate enough to get bitten, though there were no deaths in Australia from confirmed spider bites from 1979 to 2016.[3] As is the case with most spiders, even the venomous redbacks are harmless unless provoked or disturbed, and they’re more likely to attempt to flee the threat or even play dead, as opposed to biting. 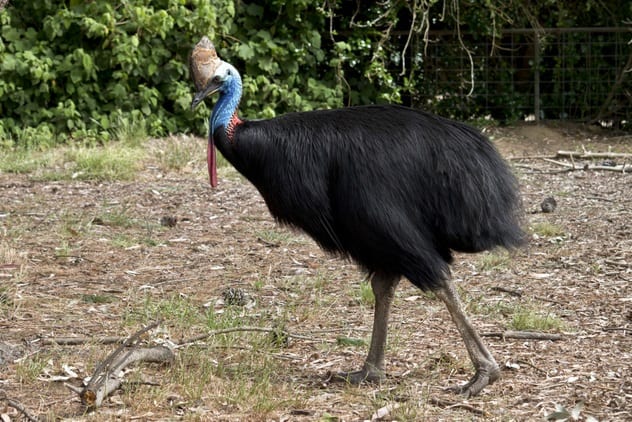 The formidable-looking cassowary is arguably less well-known compared to other creatures on this list. This imposing bird hails from the same family as the ostrich and emu, standing up to 2 meters (6.6 ft) tall and weighing as much as 76 kilograms (168 lb). Of the three species, only the southern cassowary lives in Australia, where it inhabits dense rainforests, avoiding potential threats and existing, primarily, off berries and seeds.

Yet despite its solitary and mainly frugivorous nature, the bird possesses a dagger-like claw on its feet that can grow up to 13 centimeters (5 in) in length and can be wielded with potentially fatal results, making it one of only a handful of birds to have been directly responsible for a recorded fatality.[4] Nevertheless, fatalities are relatively rare, although one recently occurred in Florida. Remember that most wild animals will avoid humans, rather than engage with them. 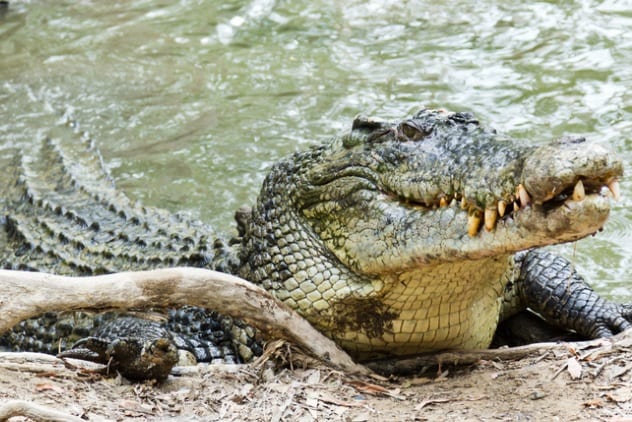 The estuarine, or saltwater, crocodile is the largest crocodilian in the world, growing between 4.6 and 5.2 meters (15–17 ft) on average, with some male specimens reaching 7 meters (23 ft)! The crocodiles’ habitat is widespread, stretching over much of Northern Australia, where it grows to such staggering sizes on a diet consisting of anything from fish and turtles to buffalo and livestock.

The “saltie” is also notorious for its reputation as a man-eater, though such rogue animals have been reported more often in Asian countries such as Malaysia. Yet, despite having been responsible for 14 deaths in the Northern Territory between 2005 and 2014,[5] saltwater crocodiles aren’t known to attack humans unless their territory is encroached upon. 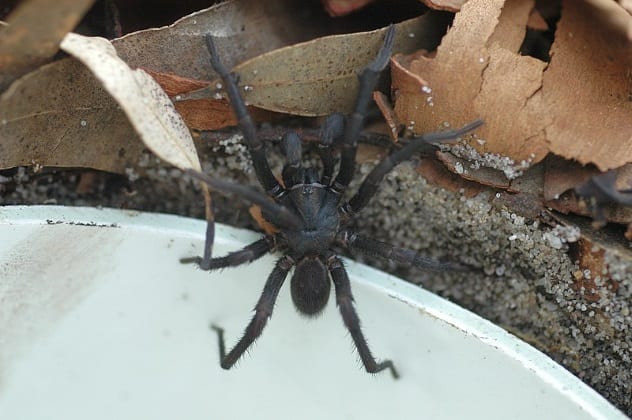 What creature has eight legs, can grow to have a 10-centimeter (4 in) leg span, and looks like it belongs on the set of a horror movie? If you answered a funnel-web spider, you’d be right. Of the 35 species of funnel-web, the most dangerous to humans is the Sydney funnel-web, found in urban and garden areas in and around Sydney and often encountered in shoes that have been left outside overnight. Within the species, the male spiders are notably more dangerous, reputed to inject a venom six times more potent than their female counterparts.

The secret ingredient is a toxin dubbed “robustoxin,” which attacks the nervous system and, according to arachnid curator Dr. Robert Raven, can kill a human in less than 15 minutes. However, despite the apparent danger toward humans, and the strength of their venom, Sydney funnel-webs can only be held responsible for 13 recorded fatalities, with no deaths occurring since the introduction of an antivenom in 1981.[6] As with most species on the list, if we simply exercise caution and common sense, we can easily avoid harm. 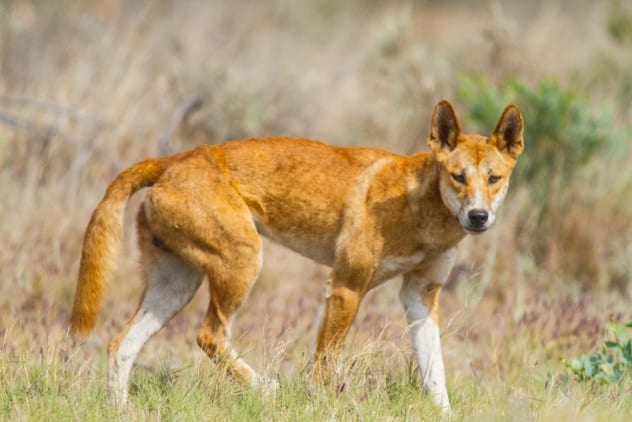 As Australia’s largest mammalian carnivore—standing about the height of a medium dog—the dingo has become a tourist attraction in its native country. Most prevalent along the eastern and southern coastlines and throughout Central Australia,[7] dingoes have long held a place in the folklore of Australia’s traditional owners, commonly referenced in Dreamtime stories. With their naturally inquisitive nature, interactions between humans and dingoes have become commonplace, as many zoos and sanctuaries have begun to offer close-quarters experiences. However, in the wild, the same result is not often achieved. As is the case with many fatal wildlife encounters, encroaching upon the dingo’s natural habitat has been the cause of both recorded deaths from the species.

Perhaps most famous is the death of Azaria Chamberlain, a nine-week-old baby snatched by a dingo while on vacation with her family, an incident which became a worldwide-publicized murder case in the early 1980s. The only other fatal attack occurred in 2001, when nine-year-old Clinton Gage was mauled and killed by a dingo on Fraser Island, a popular tourist attraction due to its population of “pure” dingo packs. Yet, for a creature that has become a scapegoat for human foolishness, two deaths seems an almost unexpectedly low number, as tourism and lack of food continues to lead to aggression within a usually curious native species. 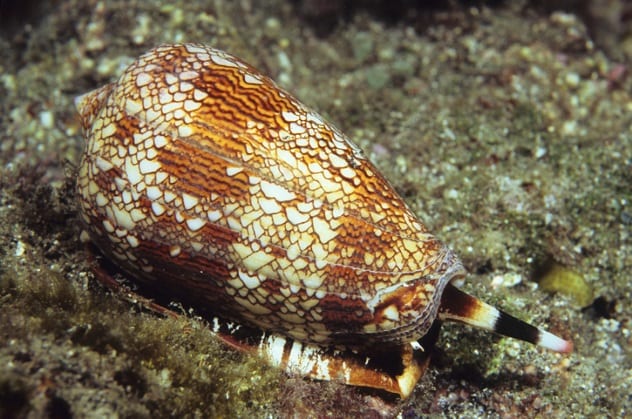 Probably the most aesthetically pleasing creature on this list, the cone snail (also known as the cone shell) appears, at first glance, to be no more than a patterned shell. Inhabiting warm waters throughout the Indian and Pacific oceans (with around 166 species thought to inhabit Australian waters), the predatory snails propel barbed, venom-coated darts at the small fish and worms that make up its diet.

Although the toxins are designed to paralyze its prey before it is consumed, some of the larger species can prove harmful even to humans, with the venom’s toxicity compared to that of a snake. Despite the potential danger of the creatures and their deceptive appearance, only 36 people have been fatally stabbed in the past 90 years,[8] with only one of these occurring in waters surrounding Australia. Cone snails are nevertheless a potentially deadly reminder not to touch the wildlife. 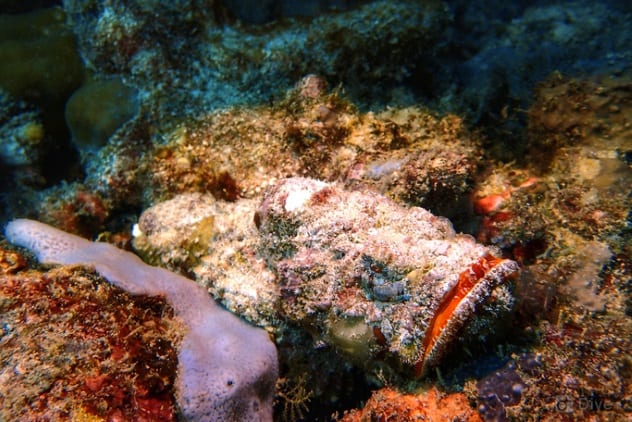 Taking the next spot on our list is another ambush predator, commonly found in the waters off the eastern coast of Australia. As its name suggests, the stonefish resembles a mossy rock on the seabed as it lies in wait for an unwary fish to pass by. Similar to the fish whose paths diverge with the predator, any human unfortunate enough to tread on the stonefish’s back will receive a nasty shock. Thirteen spines lining the dorsal fin are raised when pressure is placed upon them, injecting a highly toxic venom into any would-be attackers.

So strong is its venom that the stonefish has been handed the dubious honor of being the most venomous fish in the world.[9] However, the introduction of antivenom in 1959 and a rise in public awareness have ensured no recorded Australian deaths in recent times, though stings are relatively common. And If this and the previous entry weren’t enough to convince you never to step foot in the water again, just see what’s next . . . 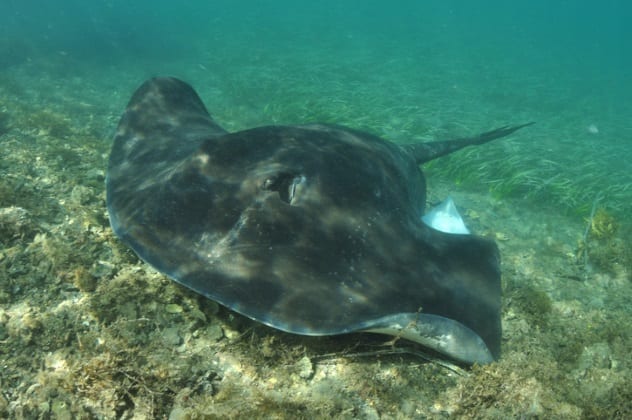 While some creatures on this list may seem, in name or appearance, to be unassuming, the same is not true for the horrifyingly named stingray, containing such families as the thorntail and whiptail stingrays. Although these flat marine animals can grow quite large, reaching several meters in length and hundreds of kilograms in weight, they live on a diet of mollusks and crustaceans, which they hunt on the sea floor. When threatened, however, the rays can lash out with a tail spine, stabbing and injecting venom.

While their presence attracts divers all over the world, Australians will most likely remember the role a stingray played in the death of beloved wildlife conservationist Steve Irwin, who was fatally stabbed while filming a documentary in Queensland in 2006. Although Irwin’s death was one of only two fatal attacks in Australia since 1945, nonfatal attacks are very common, though easily avoided, with NSW Ambulance reporting 116 incidents between late 2013 and late 2016.[10]

A recent high-school graduate living in Australia, born and raised in England, who loves reading, writing and sports.