Famous fiction authors have the ability to tell stories like nobody else. They create amazing worlds filled with exciting characters that are part of an incredible story, and millions of readers are drawn in, hanging on every word.

Some authors find inspiration through their own experiences, though, that are much stranger than fiction. In the following cases, those experiences entailed crimes such as robbery, torture, and even murder. Here are ten authors whose crimes are more spellbinding than fiction. 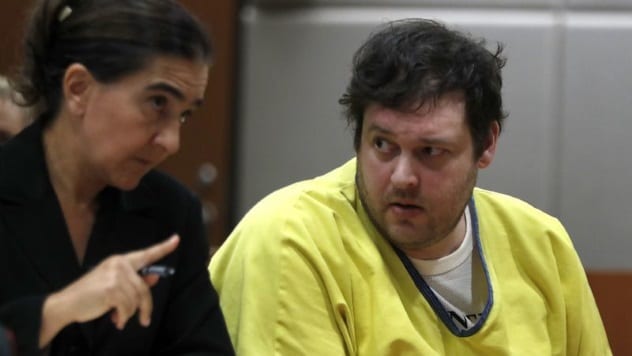 Blake Leibel is a Canadian comic book creator, producer, screenwriter, and graphic novelist. Leibel, along with Daniel Quantz, R.J. Ryan, and David Marquez, co-wrote the graphic novel Syndrome. The book is about a neuropathologist who launches a bold experiment in the Nevada desert that could transform humanity forever. In 2018, his rising career came to an abrupt end after he was convicted of first-degree murder, aggravated mayhem, and torture of his fiancee, Iana Kasian, in 2016.[1]

Kasian had just given birth to their daughter only weeks before her murder. Prosecutors in the case said Leibel used his graphic novel as a blueprint for the gruesome slaying and described it as “a case of life imitating art.” They believe Kasian was alive for at least six hours of the torture. Her body was then mutilated, and pieces of her were discovered in the trash. The novel he co-wrote featured depictions of bloodletting, and when Kasian was found, nearly all of the blood had been drained from her organs. Leibel is now serving a life sentence in prison without the possibility of parole, and he was ordered to pay Kasian’s family $41.6 million in a wrongful death lawsuit. 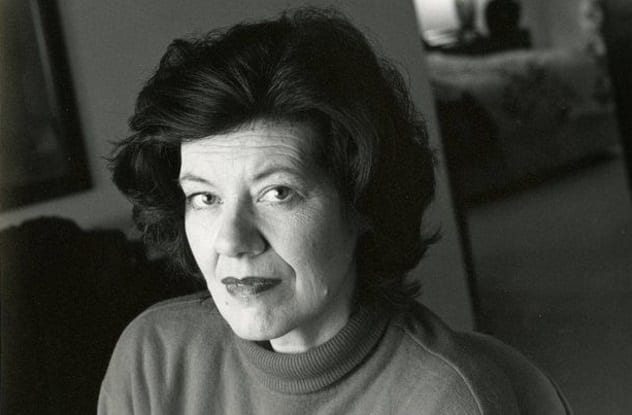 Photo credit: The Globe and Mail

Anne Perry committed a terrible crime during her teenage years, but it would be 40 years before her horrible past would catch up with her. In 1954, at the age of 15 years old, she went by the name of Juliet Hulme. Her parents split, and she was being forced to move to South Africa. Her best friend, Pauline Parker, wanted to come along, but her mother wouldn’t allow it. A few days after being denied the opportunity to move, the two girls went on a walk down a trail with Parker’s mother, where they bludgeoned her to death. The girls were arrested for the murder and released after five-year sentences in separate institutions.[2]

After being released, she moved to Scotland and changed her name to Anne Perry. She went on to write more than 60 books and established herself as a leading crime novelist. Perry’s past wasn’t brought to the light until the release of Peter Jackson’s film Heavenly Creatures in 1994, which was based off her case. Perry stated that she was guilty and did her time for the crime, saying, “Why can’t I be judged for who I am now, not what I was then?” Perry continues to put her past behind her by writing and publishing books. 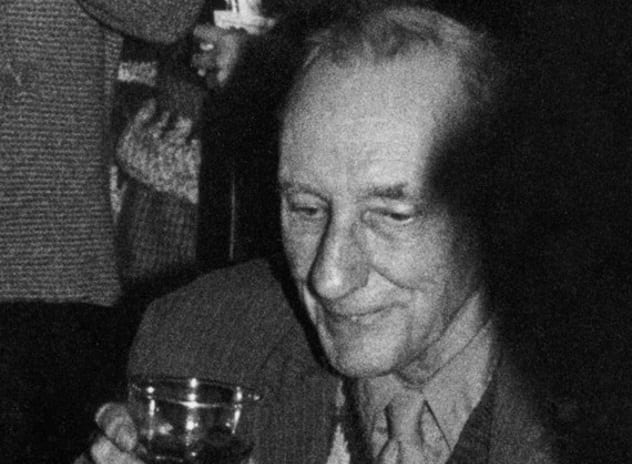 His books Junky and Naked Lunch gave nontraditional accounts of drug culture. William S. Burroughs’s grotesque novels helped him become one of the primary figures of the Beat Movement. Sexual explicitness and his honesty about how he dealt with his experiences as a drug addict helped win him a following among writers. Burroughs openly indulged in drugs such as morphine and heroin.

In 1951, he accidentally shot and killed his second wife in a drunken prank.[3] He fled Mexico and continued to experiment with drugs while wandering across the world. He published his first book under the pen name “William Lee.” Mexican authorities concluded that the death was an accident, and Burroughs was convicted of only a minor charge and served little time. He sought treatment for his many addictions and continued to write for the remainder of his life. In 1997, he died from a heart attack at the age of 83. 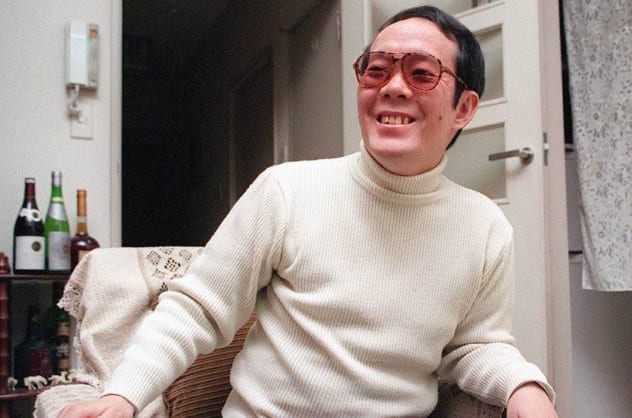 Issei Sagawa not only dreamed of eating someone, but he actually did so and got away with it. In 1981, Sagawa shot and killed his classmate, Renee Hartevelt, because his urge to eat human meat was too strong. “Nobody believes me, but my ultimate intention was to eat her, not necessarily to kill her,” Sagawa said. After killing Hartevelt, he immediately raped her corpse and then began to cut her open. After freezing the meat from her body, he placed the remains in a suitcase and planned on dumping them in a public park lake. Several witnesses noticed blood dripping from the suitcase and alerted the local authorities. French police arrested Sagawa.

A judge found Issei Sagawa to be legally insane, making him unable to stand trial for Hartevelt’s murder. He was then deported back to Japan and institutionalized in a psychiatric hospital, where he would have to spend the remainder of his life. Japanese authorities tried to convict him of the horrendous crimes, but they were unable due to unusual circumstances.[4] Since the charges were dropped in France, and the court documents were sealed, the Japanese authorities had no case against Sagawa.

He was released from the hospital and now lives in Tokyo, where he is known as the Celebrity Cannibal. Since his release, he has spent his free time publishing several books and articles, and he has also written restaurant reviews for magazines. He hopes to taste human meat one more time before he dies. 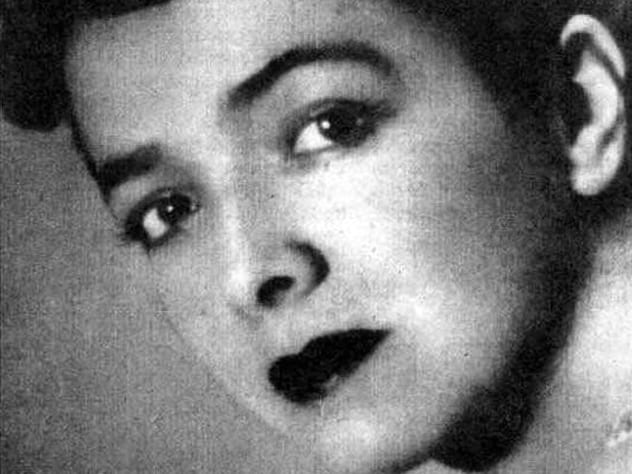 In 1946, Elena Georgina Silva Jimenez, who used the pseudonym of “Maria Carolina Geel,” had her first book, The Sleeping World of Yenia, published. She went on to have several other novels published over the next 15 years and became a respected author and literary critic in Chile. In 1955, however, Maria shocked everyone when she shot and killed her lover, Roberto Pumarino, at the famous Hotel Crillon.[5]

While serving time for the murder, she wrote one of her most important novels, Carcel de Mujeres (Women’s Prison). She didn’t serve her full sentence because she was pardoned by President Carlos Ibanez del Campo. She continued to write until her death in 1996. 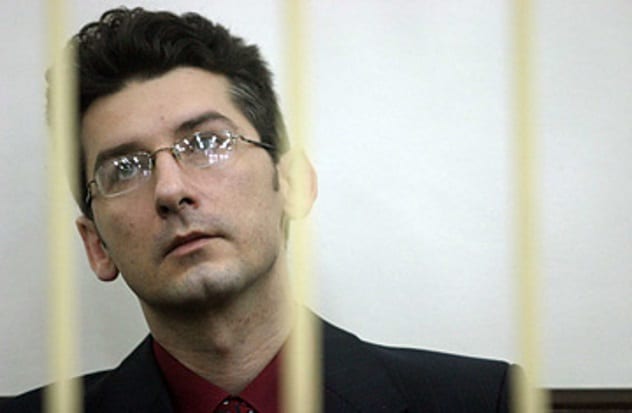 In 2000, Dariusz Janiszewski was tortured and murdered, and his body was found by fishermen four weeks after he went missing. The local authorities failed to make any headway with the investigation and shelved the case after six months. In 2003, Krystian Bala published his first novel, Amok, which became a best seller in Poland. Two years after its publication, an anonymous tip was given to the police about the contents of the book. Bala described in the book the torture and murder of a young woman, but police found the details to be very close to those of the murder of Janiszewski.[6]

In 2007, a judge sentenced Bala to 25 years in prison for the murder of the small business owner and friend of his ex-wife. The prosecutors in the case argued that Janiszewski was dating Bala’s ex-wife. They also noted that there were several similarities between the book and the real-life murder. Bala’s story was featured in an episode of Investigation Discovery’s True Nightmares. 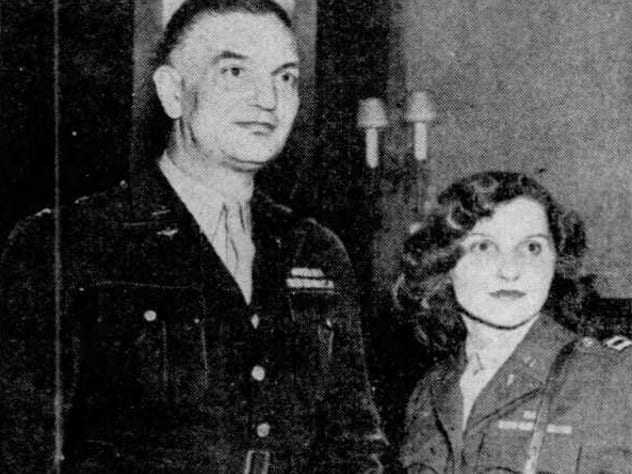 Science fiction writer James Tiptree Jr. was known for disturbing short stories about love, death, and gender. Not only did he address gender issues, but he also earned a reputation as a male who understood women. He was hiding a big secret, though: James was actually a woman. Alice B. Sheldon used the pen name because she could could expect more success as a male author.

She began using the name in 1968 while submitting several short science fiction stories to magazines. “The Girl Who Was Plugged In” earned her a Hugo Award for best novella, “The Screwfly Solution” was a Nebula Award winner for best novelette, and she also won the Nebula Award for best short story with “Love Is The Plan the Plan Is Death.”[7] Her real identity was discovered in 1976, but she continued to release new work as Tiptree. Despite being a highly successful writer, Alice also suffered from depression. In 1987, she shot and killed her ailing husband while he was sleeping and then killed herself. 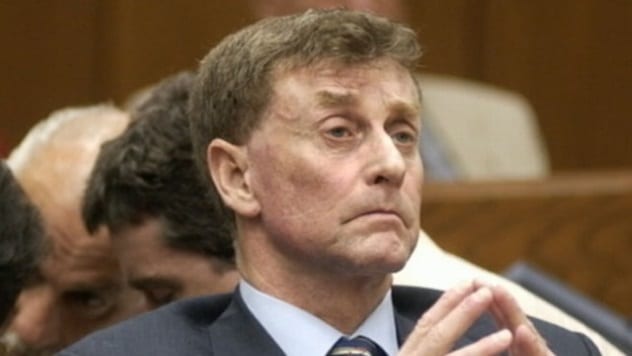 If you have ever watched the true-crime docuseries The Staircase on Netflix, then you are already familiar with author Michael Peterson. He published three books in the 1990s, though he only co-wrote one of them. He served in the Vietnam War, and that inspired his first two books. The third book was a co-written semibiographical novel, and it tells the story of a Chinese boy after World War II. Peterson was also a freelance columnist for the Durham Herald-Sun newspaper.

In 2001, his wife, Kathleen Peterson, was found dead in a pool of blood at the bottom of their home’s staircase. Michael was arrested shortly after and convicted of her murder. He was sentenced to life in prison without the possibility of parole. He was granted a new trial in 2011 after a blood analyst’s testimony was discovered to be faulty. In 2017, he entered an Alford Plea and was granted time served. Michael is now a free man.[8] 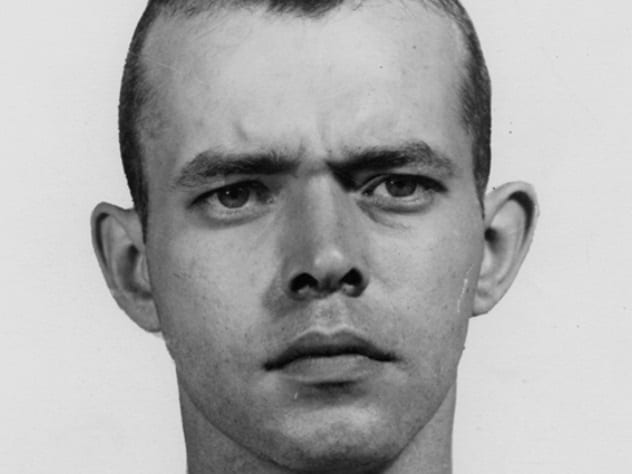 In the 1960s, Albert Nussbaum was a notorious bank robber, and at one point, he was on the FBI’s Ten Most Wanted list. Nussbaum teamed with Bobby Wilcoxson to rob eight banks, accumulate a large number of weapons, set off bombs, and murder a security guard. The two men decided to go their separate ways after a falling out, and Nussbaum would later be caught after a police chase, while Wilcoxson was found with his girlfriend. The two would plead guilty to their crimes and were sentenced to life in prison.

While running from the authorities, Nussbaum read books written by the popular pulp fiction writer Dan J. Marlowe. He would often write to Marlowe, and Nussbaum received encouragement to write. The two often collaborated on projects, and Marlowe helped Nussbaum perfect his writing.[9] The two even lived together for a while after Nussbaum’s parole. Albert Nussbaum went on to write several short stories, novels, and television scripts before dying in 1996. 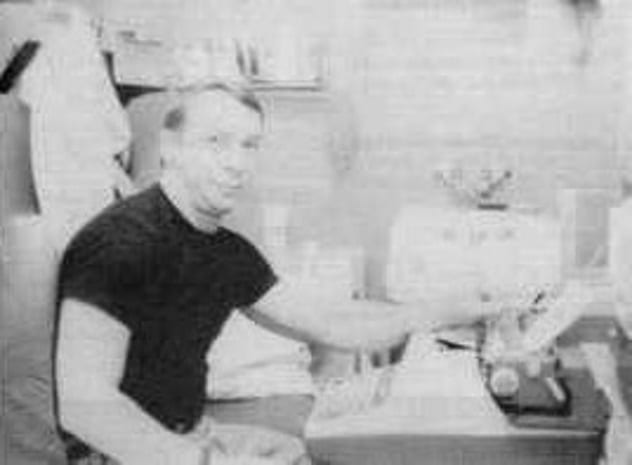 After returning from the US Army in the 1960s, E. Richard Johnson turned to a life of crime. He had committed two years of stick-ups before being caught during a robbery. One state linked Johnson to murder during a stick-up, and he ultimately received 40 years for second-degree murder. Johnson turned to writing while in prison to help pass the time.[10]

His very first novel won the Mystery Writers of America’s Edgar Allan Poe Award for 1968, and he was instantly looked at as one of the most exciting crime writers. He went on to write several other great books before his writing began to sputter. Drug use in prison, an escape, and a return to crime helped destroy his career. After being recaptured, Johnson returned to writing but never saw the same success. He was released from prison in 1991 but was never able to get published again before his death in 1997.

Read about more writers with criminal records on 10 Criminal Writers With Real Skeletons In Their Closets and 10 Lifelong Criminals Who Became Successful Authors.