Some people are all too ready to embrace censorship as a necessary evil. Encroaching on the First Amendment, they claim, protects some segment of society from offending materials. Children are often the most vociferously protected, with pastors’ wives screaming, “Won’t somebody please think of the children?!” When these censors turn to banning books, their reasoning ranges from misguided to absurd. 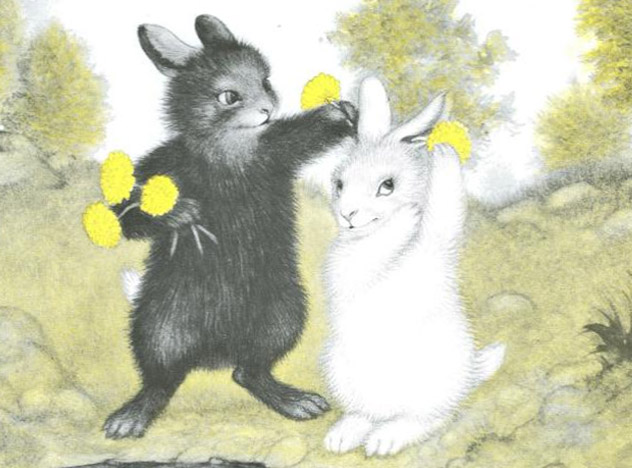 Written by Garth Williams, a man best known for his illustrations in Charlotte’s Web, 1958’s The Rabbits’ Wedding seems a simple story about two rabbits that enjoy each other’s company. However, one of the rabbits is white and the other is black—literally white and black—so many considered the book an allegory for interracial relationships. When asked about it, Williams stated that his book “has no political significance.”

Newspapers denounced the book for “brainwashing” readers into accepting integration. Alabama made state-run libraries bury the book in special reserve shelves, attracting mass coverage from other papers that ridiculed the state’s decision. In one local library, the book became so popular that librarians had to put it on a waiting list.

9In The Night Kitchen 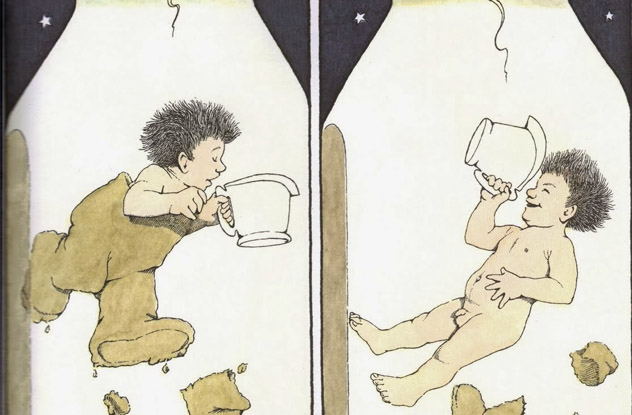 From the author who brought us the frequently-challenged Where the Wild Things Are came 1970’s In The Night Kitchen, which follows the surreal dreams of three-year-old Mickey. With no political overtones or hidden messages, it would seem the book had no reason to be challenged. However, in one small instance during the dream, Mickey is naked, with full genitalia in view.

Many schools and libraries refused to stock the book. In The Night Kitchen was also subject to a milder form of censorship. As one woman put it, “People keep drawing diapers on the little kid.” 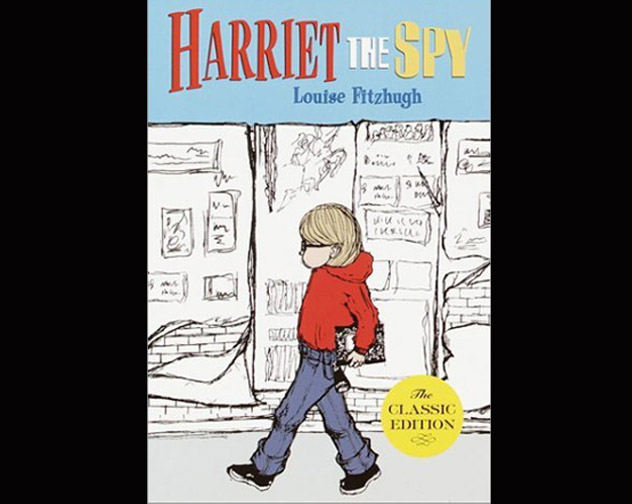 While some remember this story for the Nickelodeon movie starring Michelle Trachtenberg, Harriet the Spy was a novel first, written in 1964. The book covers the misadventures of a young girl growing up on the Upper East Side of Manhattan. Pretending to be a spy, with her notebook filled to the brim with details about the people in her neighborhood, Harriet was extremely popular with young girls.

Critics of the book, including those who attempted to ban it, complained that Harriet was a terrible role model for children. They said the story would teach children to lie, gossip, and curse, as though any child doesn’t do those things anyway. Some people also felt the book promoted a gay lifestyle (though it said nothing about Harriet’s orientation) because author Louise Fitzhugh was gay and Harriet was a tomboy. 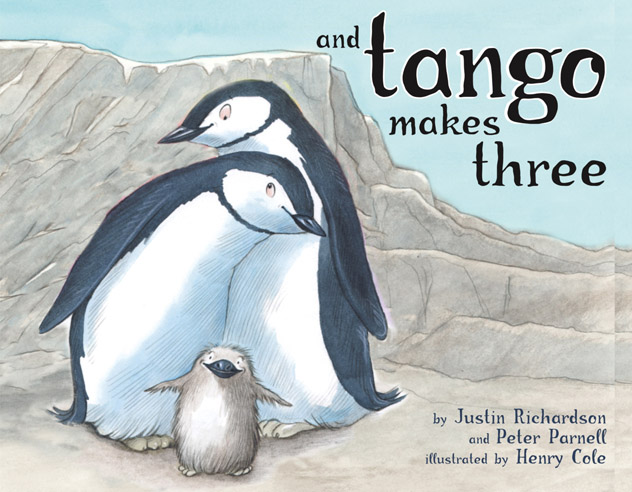 Based on the true story of two male penguins who hatched another couple’s egg in Central Park Zoo in 1999, And Tango Makes Three follows the family’s adventures after their chick Tango’s birth.

The book also examines the details of the parents’ relationship, which led zookeepers to give them an egg of their own to raise. For example, they were seen bowing to each other, which is an act traditionally seen among male-female penguin couples. Later, the pair built a nest and tried to hatch a rock.

Conservative groups such as Focus on the Family objected to the book, saying it indoctrinated children into accepting same-sex marriage. Most librarians kept the book on their shelves, allowing children to delight in a true-life story.

6Are You There God? It’s Me, Margaret 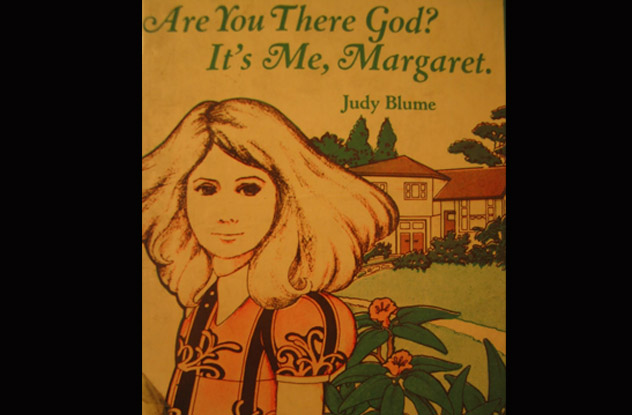 Judy Blume, the “woman who invented American adolescence,” has had several run-ins with would-be censors, most notably with her 1970 work Are You There God? It’s Me, Margaret. The book follows Margaret, daughter of a Jewish father and a Christian mother, in her quest to find religion. In addition to that struggle, she goes through puberty, with all the awkward sexual complications that entails.

The candid storytelling, especially with regards to menstruation, angered a lot of parents, leading some libraries to pull the book. Asked about it later, Blume said, “A woman called me on the phone and asked if I had written Are You There God? It’s Me, Margaret. When I said yes, she called me a communist and hung up.” 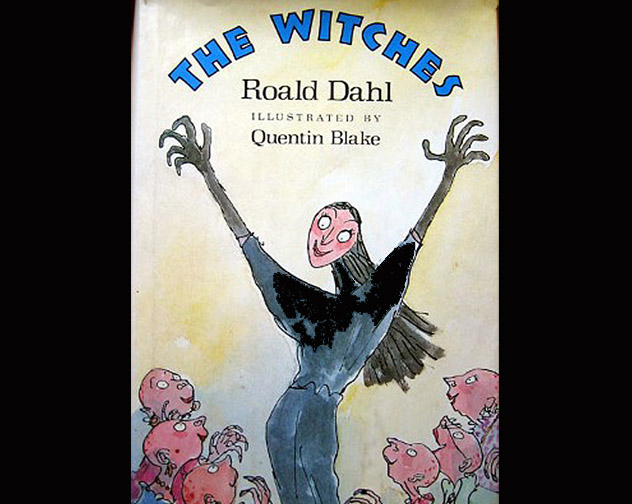 The Witches tells of a young boy left in the care of his grandmother after his parents die. She teaches him about witches, the boy discovers a group of them, and they turn him into a mouse. It’s then up to him and his grandmother to save the children of England from the witches’ attack.

Critics accused Dahl of misogyny for his description of the witches, and several British libraries excluded the book. Dahl’s preface, ostensibly aimed to combat such accusations, didn’t help much: “I do not wish to speak badly about women. Most women are lovely. But the fact remains that all witches are women.” 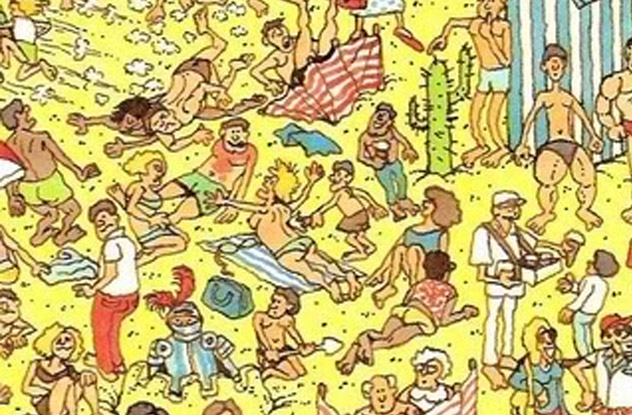 Where’s Waldo, the goofy, catch-him-if-you-can children’s book, was among the top 100 banned books during the 1990s. If you buy the book now, you won’t see the reason, but the original printing of the first book in the series included a woman with one uncovered breast.

Extremely small and relatively unnoticeable, the breast was spotted by crafty old censors who pored over every inch with a magnifying glass. She can be found hanging out at the beach, with a nipple the size of a pinhead. A kid puts cold ice cream on her back, causing her to leap up and expose herself.

In subsequent editions, her bikini was left tied on, a self-censorship on the part of the publishers. 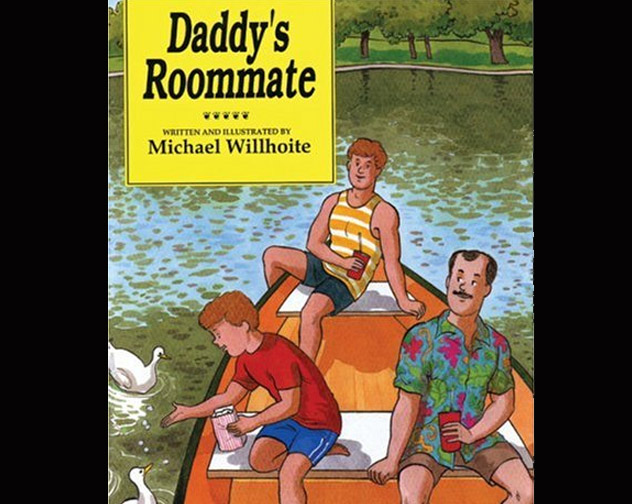 Michael Willhoite was a prominent gay cartoonist for years before he decided to write his first children’s book, a story of a child and his parents. The adults argue about petty things, take care of their son, and seem to have a perfectly fine relationship. The controversy stemmed from the “roommate” being a man. The book became the most frequently banned children’s book in US history.

The book was even brought up in the US Senate, which voted to withhold funding from any school which taught “homosexual acceptance” through books like Daddy’s Roommate. Some regular citizens even went so far as to check out the book from their local library and then refuse to return it. (The publisher offered to give free books to any library that asked.)

During the 2008 US presidential campaign, rumors arose that Sarah Palin had tried to ban the book while serving as mayor of Wasilla, Alaska. She vigorously denied the claim. 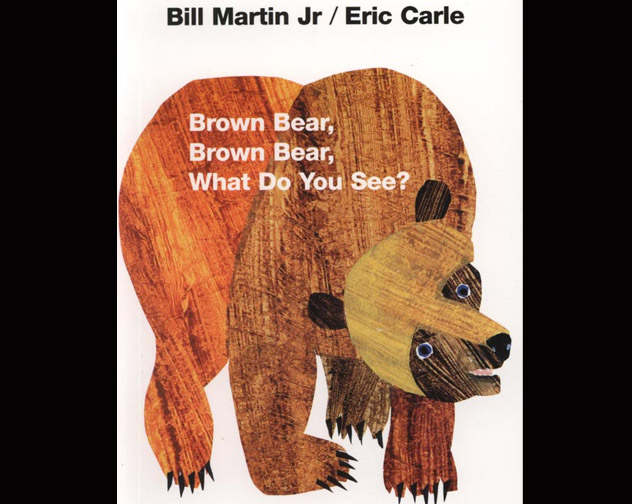 Brown Bear, Brown Bear, What Do You See? is a simple book written for toddlers, designed to help them identify colors and objects. In it, the narrator asks different animals about the things they can see and illustrates their responses. With no political agenda and without even a narrative, it must seem strange that Texas voted to strike the book from the state’s curriculum. Board of Education member Pat Hardy justified the decision by pointing to the author’s other book, Ethical Marxism: The Categorical Imperative of Liberation.

However, a modicum of research would have easily shown Texas lawmakers that Brown Bear author Bill Martin did not write that book. He simply shared his name with a Chicago professor, who was the real author. In fact, Ethical Marxism was first published in 2008; Brown Bear‘s Bill Martin had died in 2004.

Hardy later claimed she was just listening to the advice of Terri Leo, another board member, who admitted she hadn’t checked which Bill Martin had written the offending book.

1Sylvester And The Magic Pebble 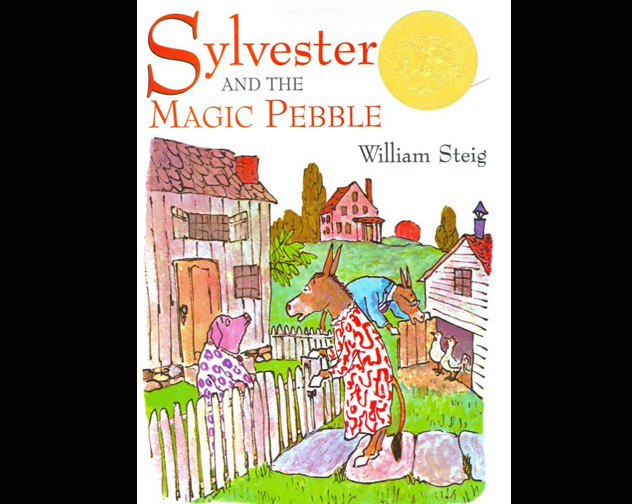 Written in 1970 by William Steig, Sylvester and the Magic Pebble follows a donkey named Sylvester and the misadventures that come after he finds a pebble that grants wishes. The characters are all animals, and several have different professions, but one specific job attracted a political firestorm.

In the story, the police officers of the fictional town are depicted as pigs, which some people felt reinforced “prejudices and misconceptions.” Various characters besides officers were also pigs. In fact, Sylvester’s friend and neighbor is a pig and appears on the book’s cover. Yet critics insisted the pig police sent an anti-authority message.

During one meeting with the ALA on the subject, police officers said many librarians were quick to remove certain offending books, such as the patently racist Little Black Sambo, but they wouldn’t remove Steig’s book. The ALA responded by revising their policies but not in the way the officers had hoped. They instead clarified their opposition to all censorship, stating, “Materials should not be proscribed or removed because of partisan or doctrinal disapproval. Libraries should challenge censorship in the fulfillment of their responsibility to provide information and enlightenment.”