Man has been killing his brother ever since Cain and Abel. Various methods of dealing with these kinds of criminals have been devised all over the world. One of the most controversial sentences in the penal system is capital punishment. Here are 10 interesting facts about doomed men and women on death row. 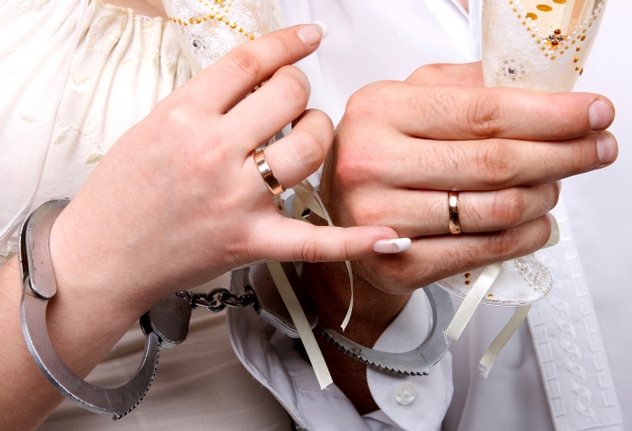 Even though men and women on death row will most likely never again live a white-picket-fence existence, tying the knot is more common among them than one might think. In fact, dozens of these services are performed yearly in America alone. One difference between a conventional ceremony and a death row ceremony (other than the bleak environment and the added chains) is the absence of the words “till death do us part” in the vows. One of the more famous cases of marriage on the Green Mile is that of Damien Wayne Echols and Lorri Davis.

In 1994, Echols was one of three men found guilty of murdering three eight-year-old boys in West Memphis, Arkansas. The crime gathered much media attention at the time and the years that followed, as much for its brutality as its bizarre circumstances. In December 1999, Davis and Echols got married in the Arkansas Penitentiary in a Buddhist ceremony. They are still happily married today, living in Salem. After 18 years in prison, the “West Memphis Three,” as Echols and the other two men became known, were released on an Alford plea. The plea meant they had to admit that there was enough evidence to find them guilty, but enough mitigating factors to allow their release—all the while maintaining their innocence.

Discover a world of racism, political bias, and one man’s pleas for mercy when you buy Live from Death Row at Amazon.com!

For a variety of practical reasons, not all prisons offer the option of having a special final meal. The ones that do often set a $40 limit, to dissuade fanciful meals of caviar and lobster on the taxpayers’ dime. Statistically speaking, the most common choice of last meal in the United States is a cheeseburger with fries.

However, there have been some rather extravagant and downright weird choices. A man named James Edward Smith once requested a lump of dirt, apparently for a voodoo ritual. This was refused—soil is, unsurprisingly, not on the list of approved prison foods. He had yogurt instead (because everyone knows the old rule: If you can’t get dirt, get yogurt). Robert Buell opted for a single black olive in the hope of his corpse sprouting into a tree, while Gerald Lee Mitchell asked for a bag of Jolly Ranchers. 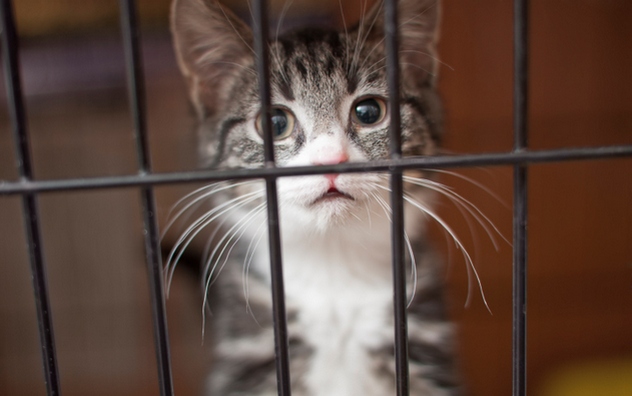 A rather contentious aspect of prison life is access to luxuries and privileges. These creature comforts range anywhere from a radio to an Xbox. Victims’ families have, of course, lambasted the entire practice for allowing murderers to furnish their abode so that it’s more akin to a Holiday Inn than a place of punishment. Items that death row inmates are allowed to have in some states include CD players, coffee pots, library and DVD access, and even pet cats.

It should be remembered, however, that privileges are privileges for a reason: They are rewards for good behavior and can be taken away completely if the prisoner does not cooperate and abide by the rules. Because once you catch the criminals, controlling them is another battle altogether. You wouldn’t have seen Ted Bundy and David Berkowitz playing an online game of Call Of Duty while drinking cappuccinos from their personal coffee machines, that’s for sure. 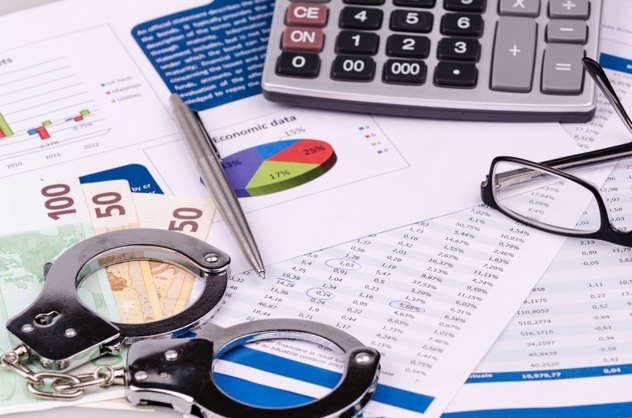 First, let’s talk about money. In California, the current death row system costs $137 million per year, whereas it would cost $11.5 million for a system where prisoners serve life sentences instead. Now that’s not pocket change we’re saving; it’s $125.5 million. That’s the kind of money you could use to finance a revolution, or to buy a mansion with a giant propeller on it (or just about anything else you wanted to put on it).

Then there’s the big question: Does the system work? If you mean “does it efficiently kill prisoners,” then the answer is “yes” (if you can agree on a definition of efficiency). But what about moral and socio-economic reasons? Let’s look at the figures: Since 1973, 144 people have actually been released from death row after evidence proved their wrongful convictions. It is also important to note that the murder rate per capita in states that practice capital punishment is actually higher than in those that don’t. Therefore, it could be stated that capital punishment is not an effective deterrent against murder. So who do you think is on the right team? 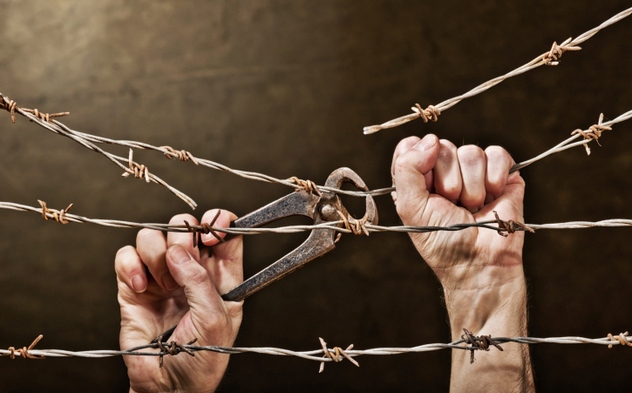 Despite numerous security and surveillance measures, escapes from death row do happen. As the old saying goes, where there’s a will, there’s a way. Possibly one of the most audacious escapes is that of Charles Victor Thompson, who landed himself on death row in 1998 for the murder of his girlfriend and another man. How did the convicted killer escape, you ask? Tunnels? An invisible helicopter? No. He simply walked out the door.

All Thompson had to do was smuggle in a suit and arrange a meeting with his lawyer. After the meeting, Thompson switched into his finest “I hope I don’t look like an inmate” threads and walked out. When he got to the front desk, he was halted by a guard. But Thompson had prepared for this eventuality: He flashed his inmate badge at the guard, telling him he worked for the attorney general (because we all know that the best course of action when faced with a burly prison guard while attempting to escape is to show them identification that states you’re a prisoner). As you’ve probably guessed, it worked like a charm. Unfortunately for him, Thompson was apprehended three days later after getting hammered at a liquor store in East Texas. Smooth move, Chuck. 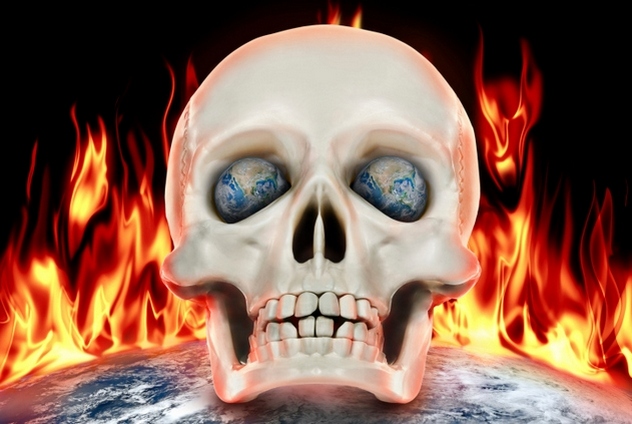 The USA isn’t the only country that enforces capital punishment. In 1977, only 16 countries had abolished the death penalty for all crimes. Since then, the list of countries that still carry out the death penalty has shrunk dramatically and continues to do so. As of May 2013, 140 countries were abolitionist in law or practice.

The whole “in law or practice” bit can be slightly flimsy—a kind of “never say never” attitude to state-ordered killings. “In law” means that the country has officially and legally banned executions. Countries that have not actually executed anyone in over 10 years are considered to have abolished the sentence “in practice.” Will there be a day when the entire world is execution-free? Time will tell. 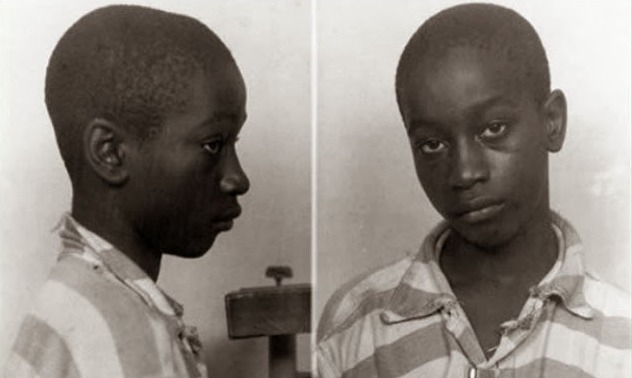 The death penalty is not confined to one gender. As of January 1, 2013, there were 63 women on death row in America. However, the ratio is extremely one-sided. Those 63 women constitute a measly 2 percent of the total death row population of 3,125. Since the death sentence was reintroduced in 1976, 13 women have been executed in the US, compared to a whopping 1,360 males during the same period.

Most shocking, however, is that age does not always seem to be a barrier to receiving a death sentence. George Junius Stinney, Jr. (October 21, 1929–June 16, 1944) was only 14 when he was executed—the youngest person executed in the United States in the 20th century. Stinney was convicted of murdering two young girls in South Carolina and given the electric chair. However, in January 2014, Stinney’s family have called for the governor to reopen the case in order to clear his name. Stinney was convicted by an all-white jury in just 10 minutes of deliberation, despite there being no witness on the stand during the trial.

It may sound hard to believe, but the United States only abolished the execution of minors on March 1, 2005. Other than America, only seven other countries have put young offenders to death since 1990: Iran, Pakistan, Saudi Arabia, Yemen, Nigeria, the Democratic Republic of Congo, and China.

Richard M. Rossi was convicted of capital murder and sentenced to death. In prison, he wrote a stirring book about his experience. Buy Waiting to Die: Life on Death Row at Amazon.com! 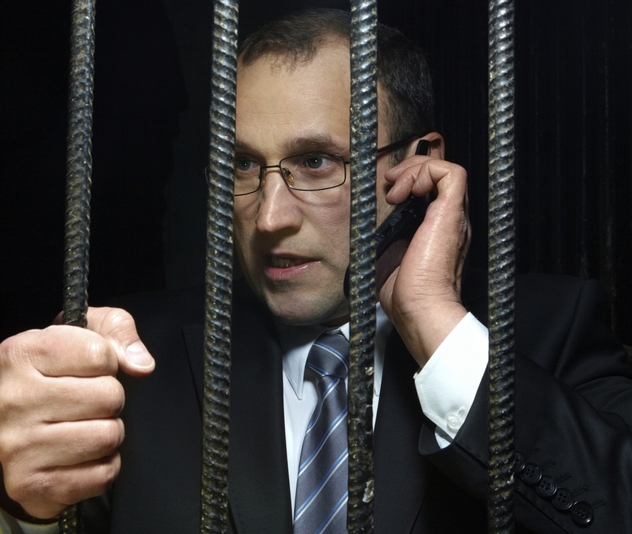 The smuggling of illegal contraband inside prison walls is nothing new. Smuggling methods have become more elaborate and are dreamed up faster than they can be uncovered. However, you would think that security is a lot tighter in the death row area, preventing this sort of thing. You’d be wrong.

Cigarettes and drugs can be smuggled in through mail. However, a more recent problem is cell phones finding their way into condemned inmates’ hands. Bribing correctional officers seems to be the go-to method for this. In 2008, one such incident occurred in Texas. Convicted murderer Richard Tabler bribed a guard with $2,100 to get his hands on a cell phone. The prisoner shared the phone with nine other inmates, who made 2,800 minutes of calls in 30 days. And they weren’t using the phone to dial erotic phone services either. Tabler actually called a key state senator, telling him he knew his daughters’ names and threatening all sorts of atrocities. Eventually, an in-house inspection and judicial inquiry uncovered the scam. The guards responsible are awaiting sentences of their own.

2How Do You End Up There? 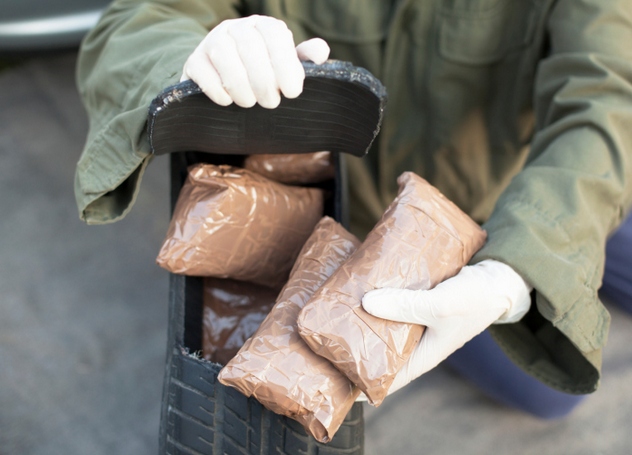 Murder is not the only crime one can be sentenced to death for in the US. Texas, Oklahoma, and Montana (to name a few) have statutes allowing the sentence to be carried out for the forcible rape of a child under the age of 13. Other less common crimes that can result in execution in some states include aggravated kidnapping, drug trafficking, aircraft hijacking, and placing a bomb near a bus terminal. Additionally, there are a staggering 41 offenses that the US federal government deems punishable by death, including espionage and treason.

Today, the primary method of execution in the US is lethal injection. However, Utah and Idaho still authorize the use of a firing squad. This process involves the prisoner being hooded and strapped to a chair with a target pinned to his chest. Thereafter, five marksmen take aim and fire. One weapon is loaded with blanks, but none of the marksmen are told which, so that nobody knows for sure who fired the deadly bullet. 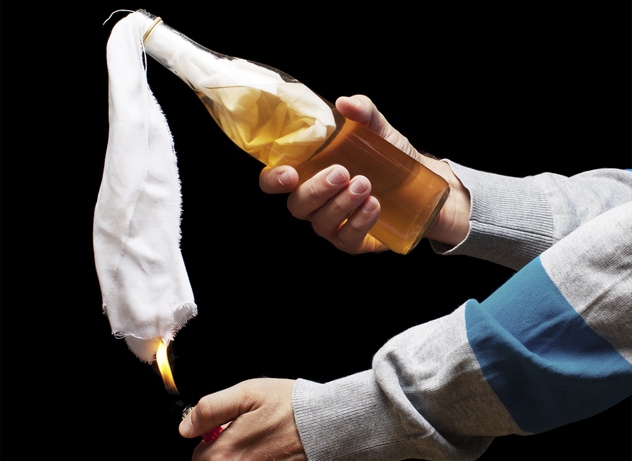 Perhaps one of the stranger tales from death row is the case of Robert Vickers, also known as “Bonzai Bob.” The nickname came about after he strangled his cellmate to death and carved the words into his chest as a poorly spelled nod to the Japanese war cry. The reason? His cellmate made the mistake of not waking him up for breakfast. He also drank Vickers’s Kool-Aid . . . and that’s just rude in anyone’s book.

This crime landed Vickers on death row, where his rampage only heightened. Vickers made a Molotov cocktail by pouring hair tonic into an empty ice cream carton and stuffing it with toilet paper. He proceeded to firebomb another death row resident’s cell, burning him to death and nearly taking the building with him. Vickers also had an Edison-like inventiveness for creating weapons. He once attacked a guard with a spear made out of rolled-up newspaper and parts from a typewriter.

Thankfully, the guards and other prisoners were able to breathe a sigh of relief when Bonzai Bob was executed in an Arizona gas chamber in 1999. His final request was to be allowed to wear a three-piece suit, as he wanted to impress any women who were at the execution. His request was denied. Hard luck, Bob.

Andrew M. is an aspiring Irish author, whose novel, The Rain That Fell On Eden, should be in a bookstore near you in the near future. He also runs a satirical news page on Facebook entitled Utterpishandbollocks. In his spare time he drinks tea and collects waistcoats, because they’re awesome.