They say that it’s all fun and games until somebody loses an eye. Technically, the same applies to skull fractures, poisoning, and third-degree burns. Throughout history, toy makers have designed some truly brutal products (lawn darts, anyone?). But with modern-day lawsuits, you’d think we would’ve curbed that problem. Yet, in their fervor to create the next Slinky, Etch A Sketch, or Tickle Me Elmo, toy manufacturers continue to put dangerous product designs on the market.

In the notorious examples listed here, throwing a tantrum to get a toy can quickly turn into convulsing from its unintended effects. Some of these banned toys were the result of oversights. Others are so glaringly dangerous that it’s a wonder they were ever put into children’s hands in the first place. 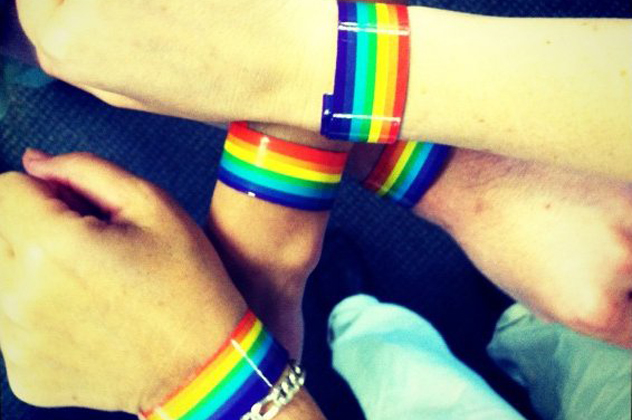 Snap bracelets are spring-loaded metal bands wrapped in colorfully designed plastic or cloth. They can be straightened out until rigid and then slapped against a wrist, causing the bracelet to curl into place. The popular wearable toy fad of snap (or slap) bracelets reached a head around 1990. Like many toy fads, they were very popular in schools. You’d think children would grow tired of repeatedly slapping tacky leopard print or hot pink wrist-wear across their arms, but you’d be wrong.

Unfortunately, it didn’t take much for the more cheaply made versions of the toy (which retailed for under a dollar) to start causing major problems. They’d slice into children’s tender flesh when the metal band inevitably wore through its covering. Some schools banned the bracelets. The knockoff versions were investigated nationwide and recalled in droves. But they made a resurgence in 2012 when certain animal-themed designs were recalled for exactly the same reason. 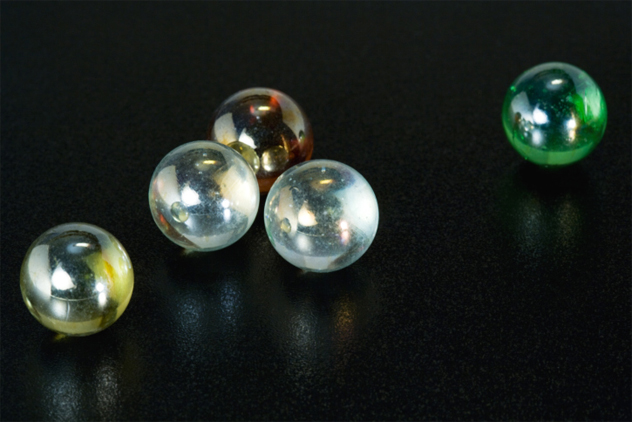 Remember those tiny little capsules that promised to magically grow into giant dinosaurs like the ones on the package? When dunked in water, those capsules would only transform into lumpy, vaguely dinosaur-shaped disappointment. Now what if we told that child version of you that there was a marble-sized ball that, when wet, could literally grow to 400 times its original size? Fun, huh? Now imagine that these colorful marble-sized balls somehow made it down into your small intestine.

Such a scenario was posed by Monster Science Colossal Water Balls. Naturally, many a whippersnapper ingested the delicious-looking toys, which their genius designers made capable of expanding within a child’s body. Woe be to those who also choked down the ominously labeled “Growth Powder.” From there they caused life-threatening episodes of vomiting and dehydration. To top it all off, these things were impossible to X-ray and required surgery to remove. 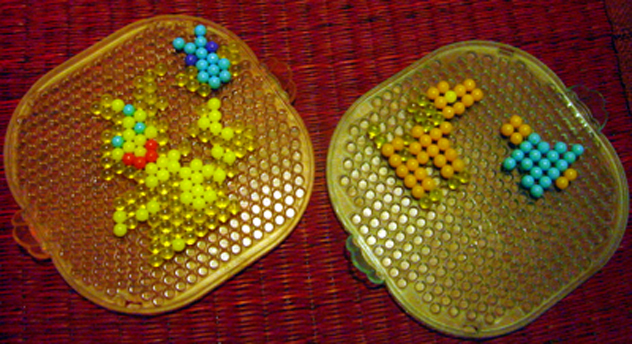 As our last entry proved, it’s no secret that little kids like to put random stuff in their mouths. With this in mind, non-toxicity should be a pillar of any good toy. That’s not always the case. There are lapses in judgment that include slightly toxic paints or plastics, and then there’s making a product out of a substance that, when eaten, turns into a date rape drug.

When arranged into designs and then sprayed with water, Aqua Dots “magically” locked these colorfully arranged designs into place. The bad news was that kiddos could also suffer respiratory depression, be rendered comatose, or suffer seizures from the severely toxic chemical used to make them. Over four million units were recalled when it was determined that “magical” beads weren’t worth all the comas. One kid was even hospitalized for five days.

Eventually, Spin Master, the maker of Aqua Dots, was revealed to have known that their product contained a controlled substance. After multiple reports of life-threatening effects on children (and, in one case, a dog), Spin Master was forced to pay out over $1.3 million in “magical” fines.

Nope, emblazoning your highly dangerous airborne equipment with a skull and crossbones and the slogan “Never kite higher than you are willing to fall” will not prevent your product from being banned. The Wego Kite Tube experienced such a fate. That’ll happen when two people die and dozens of others are severely injured (including a broken neck and punctured lung).

The Kite Tube, which was three meters (10 ft) wide, allowed a boat-pulled rider to yank a cord in order to glide into the air. Unfortunately, once riders were airborne they were given little control over the flying tube. Admittedly, a parasail mixed with an inner tube sounds pretty amazing. But unfortunately, with only stirrups and hand grips to keep you from falling, flying to the height of a three-story building probably wasn’t the best idea. Kids weren’t the only ones impacted by this incredibly dangerous toy.

At least the recall came more or less voluntarily. The company responsible claimed that there was no way to determine the actual cause of accidents, but that they would recall the tubes “out of an abundance of caution.” 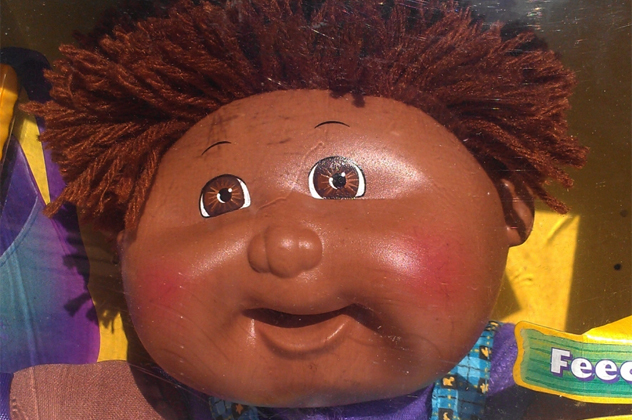 Remember those Garbage Pail Kids trading cards that grossed out parents in the ‘80s? They had nothing on actual Cabbage Patch Kids dolls that seemed to develop a taste for children. The Snacktime Kids doll involved a motorized mouth mechanism that allowed the doll to “eat” plastic foods. Kids being kids, it didn’t take much for fingers and hair to get trapped in those evil dolls’ unforgiving maws. While such a doll wasn’t exactly life threatening, parents unsurprisingly didn’t like their kids’ favorite new pals pulling their hair out by the roots.

The most charming aspect of these terrifying eating machines was that they were made without any on/off switch. In at least one instance, this led to a girl virtually being scalped all along the backside of her head. Mattel may not have identified any obvious hazard in theirs tests, but thankfully that didn’t stop them from pulling the dolls from store shelves. Unfortunately, Cabbage Patch Snacktime Kids dolls are still available in your nightmares. 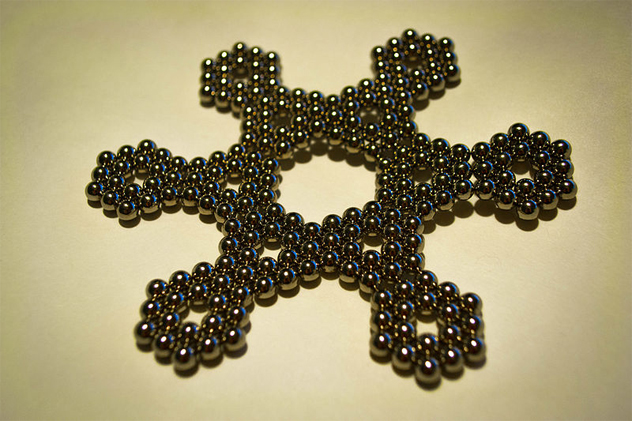 Desk toys are obviously marketed toward a slightly more mature audience. But that doesn’t mean they’re guaranteed to keep kids away from the surgeon’s knife. Buckyballs were “super strong” magnetic ball bearings that could be used to construct creative desk sculptures or even “to play ‘darts’ on your refrigerator.” While that part was true, the whole “stress reliever” marketing angle proved far more ironic. Unfortunately, these round magnets slid easily down youngsters’ gullets.

When multiple magnets were swallowed, they had the nasty tendency to clamp together through intestinal walls and not let go. This could lead to tears in organs, blood poisoning, bowel blockages, and possible death. Due to the large number of balls in each set, it was also difficult for parents to notice when a handful of them may have gone missing inside Junior. And accidental ingestion wasn’t limited just to the tykes, either—teenagers routinely played around with them to mimic tongue and lip piercings.

The government ultimately deemed Buckyballs a danger to consumers. But unlike the 1,000 or so children who required surgery to remove their product, the Buckyballs manufacturer didn’t take that lying down. In fact, they refused to voluntarily recall their product, forcing the feds to sue. When the inventor dissolved his company rather than fund a recall, the government came after him personally in an effort to collect the $57 million in costs. After a bunch of posturing on both sides of the argument, the inventor settled for about 1 percent of that figure. One thing’s for sure—the guy had balls made of steel. 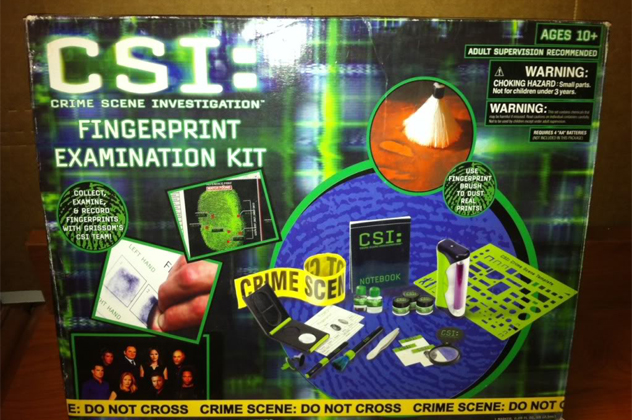 While there’s something a little grim about children playing with toy forensic investigation kits meant to mimic the collection of evidence at a murder scene, at least it’s just for fun. After all, kids have come up with some pretty twisted forms of play since time immemorial. Marketed off the popular CBS crime show, CSI Fingerprint Examination Kits allowed kids to snap on the latex gloves and collect incriminating play evidence, most notably by dusting for fingerprints. Unfortunately, the fingerprint dust that came with the kit also contained a real-life occupational hazard—one of the deadliest forms of asbestos.

In fact, the fingerprint powder was found to contain up to 7 percent asbestos, the variety of which has been proven to be capable of causing lung cancer later in life from only a single exposure. So what about the kids slathering the stuff on everything from doorknobs to the cookie jar and then blowing the dust in the air? You don’t need to be David Caruso to deduce that it’s not a good idea. Not surprisingly, the toy manufacturer responsible for this product went bankrupt. 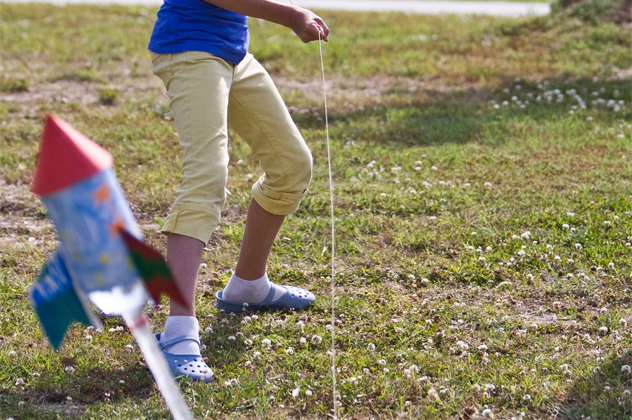 Remember earlier in this list when all those kids ate date rape drug-covered toys and ended up in comas? Remember how their manufacturer had to shell out $1.3 million because they knew about the danger but did nothing? Well, Spin Master already had plenty of other awful toy ideas long before that. Besides their toy airplanes that managed to burn users, or the other toy airplanes that broke apart mid-air, in the late ‘90s they even made a toy rocket that could explode. Just like the real dangers of space travel!

The Splash Off Water Rocket used water pressure from a hose to build up energy until kiddos and hobbyists could stomp on the launcher and send the rockets flying. Sadly, at least 37 cases were reported of the rocket exploding from the pressure or otherwise flying off in unpredictable directions, causing lacerations to the hands and face. 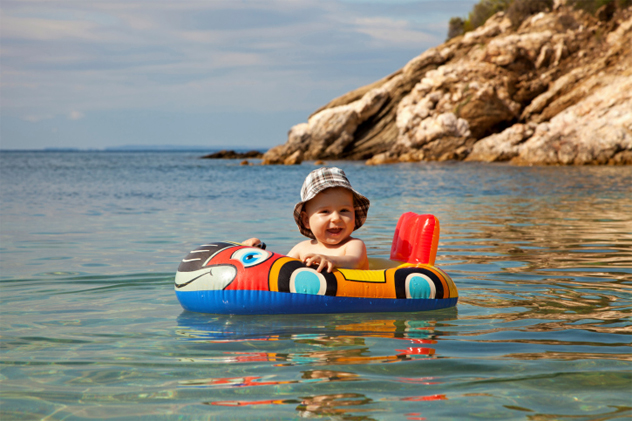 Babies love water. They love to splash in it, toddle through it, drink it, and let it loose right in their pants. So for parents intent on setting their babies adrift, the Aqua Leisure Baby Boat was an adorable godsend. Too bad the cheaply made inflatable boats tended to tear rather easily, causing dozens of babies to plunge right through.

Aqua Leisure was ultimately fined $650,000 for knowing about the problem for six years but hiding behind the classic “but-no-babies-have-actually-drowned-yet” justification. Every time they received a series of complaints, they’d tweak their design (along with the name they sold them under) and keep selling them. They went so far as to actually withhold complete information about the defect from the feds, which it turns out is a big no-no. 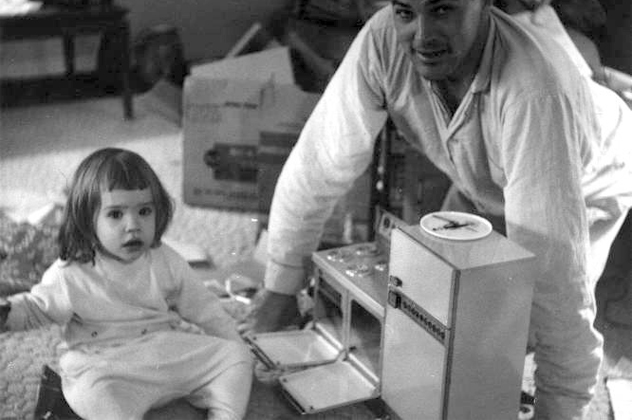 For some reason, many children through the years haven’t realized that they don’t need to waste their preciously short childhoods baking their own cookies. The popularity of the Easy-Bake Oven, which uses a real heating element to actually bake dessert items, may have reached its apex in 2006. That year, it was voted into the National Toy Hall of Fame. But Hasbro, the makers of the Easy-Bake Oven, didn’t have long to celebrate. A year later they were forced to recall one million of their plastic models when it was discovered that a design flaw allowed the oven to easily trap and severely burn children’s tiny little fingers.

This is obviously a recipe for disaster, especially given that the ovens could reach temperatures of up to 200 degrees Celsius (400 °F). All told, nearly 250 incidents were reported, including 16 cases of second- or third-degree burns. One unlucky five-year-old girl was even forced to undergo a partial finger amputation.

Josh Goller thinks it’d be nice if the wages of sin would include a cost of living increase every once in a while. He edits the flash fiction lit zine The Molotov Cocktail and will be judging its first ever Flash Monster contest. In his spare time he enjoys breathing heavily on the other end of the phone.