Most of us have overindulged in alcohol at some point. Usually, the consequences of such activity are no more serious than spending an hour hunched over the toilet bowl. However, ramifications of alcohol are felt throughout every level of society. Below are 10 strange facts about drunkenness, from radiation poisoning to the little-known dangers of walking under the influence. 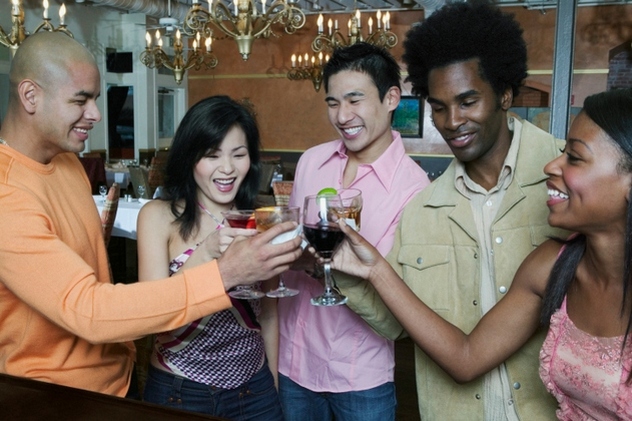 Human races are certainly more similar than they are different, but there are some marked variations. One of these is in how people in different parts of the world process alcohol. This is determined mainly by two enzymes—alcohol dehydrogenase (ADH) and acetaldehyde dehydrogenase (ALDH), each of which exists in several different forms. ADH determines how fast your body metabolizes alcohol. ALDH takes the waste product of this process—acetaldehyde—and breaks it down to acetic acid and water.

Two groups particularly affected are Native Americans and Asians. Certain combinations of ADH and ADLH enzymes can make Native Americans more prone to alcoholism. This has horrifying consequences. For instance, studies have found that the rate of fetal alcohol spectrum disorder among Natives is much higher than in other populations. Asians tend to have a high amount of ADH, but this does not make them super-drinkers, because they also tend to lack ALDH. This is bad news, as acetaldehyde makes people considerably sicker than alcohol itself. For many people of Asian descent, even just a few drinks become a nauseating ordeal. 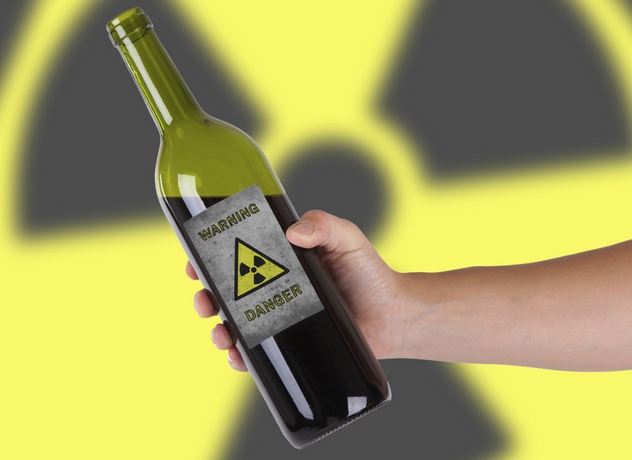 Warning: Only take potassium iodide if advised to do so by public health officials.

Medical professionals suggest taking potassium iodide if a human comes into contact with intense radiation. Potassium iodide saturates the thyroid gland and keeps it from absorbing radioactive iodine. Tales have come out of places where nuclear accidents have occurred, such as Chernobyl, which indicate that being drunk may also protect cells from radiation. Workers that entered the area afterward were advised to drink half a glass of vodka for every two hours spent in the irradiated zone. However, this seems like something of an old wives’ tale. In at least one study, alcohol actually made the damage to cells worse.

However, a team at the University of Pittsburgh School of Medicine has found that red wine can in fact protect the body’s cells from being damaged by radiation. However, the alcohol in the wine has nothing to do with it. The benefit comes from a natural antioxidant in the wine called “resveratrol.” This substance is currently being researched for use in case of a nuclear disaster. 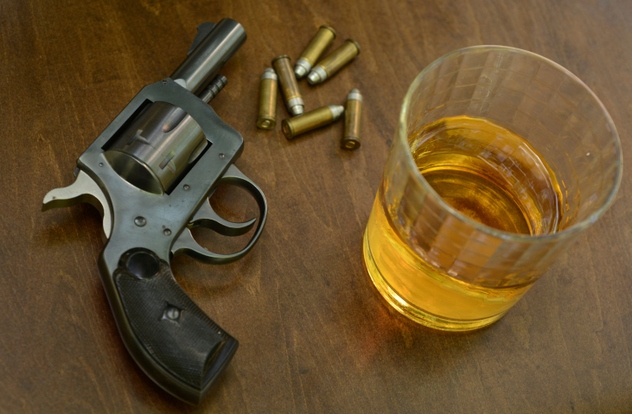 Plenty of athletes have been notorious boozers, from Babe Ruth to Mickey Mantle, but few would assert that drinking the hard stuff improved their abilities. Surprisingly enough, there is one sport where alcohol has been used to enhance performance: competitive marksmanship.

When shooting a rifle, one must have an incredibly steady hand to ensure accuracy. To calm their nerves and slow their heartbeats during events, some shooters were known to drink a small quantity of alcohol beforehand. Not mixing booze and guns might seem like common sense, but just the same, the NCAA and the World Anti-Doping Agency specifically ban alcohol in rifle events. To accomplish this, competitors are tested at random. Other banned substances include beta-blockers, which are issued for patients with heart conditions. In 2008, North Korean air pistol competitor Kim Jong-su was thrown out of the Beijing Olympics for testing positive for the beta-blocker Propranolol. 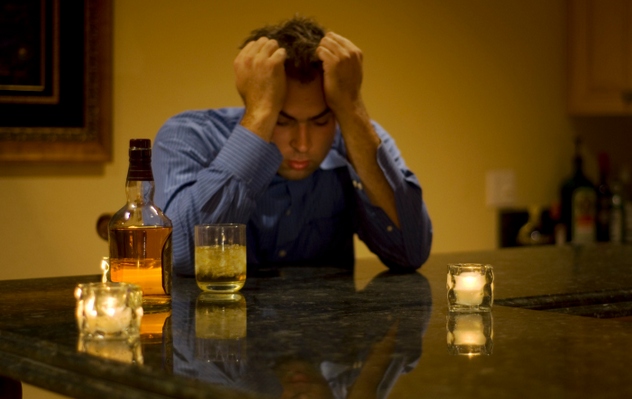 One of the many ugly side effects of overindulgence can be blackouts, a form of amnesia. There are two different kinds of blackouts: “fragmentary” (which tend to last a few minutes) and “en bloc” (which last longer). Contrary to popular belief, blackouts are linked not necessarily to the amount a person drinks but how fast they drink it. You can probably consume beer throughout an entire evening and not suffer a blackout, but downing several tequila shots all at once is probably bad news.

This blackout process works by blocking receptors in the hippocampus portion of the brain. People do not “forget” things that occur while blacking out—their brains never record them in the first place. Some people appear to be more genetically predisposed to experiencing blackouts than others, probably due to brain chemistry. Not only are frequent blackouts scary, but they are also a possible indication of long-term damage to the brain. 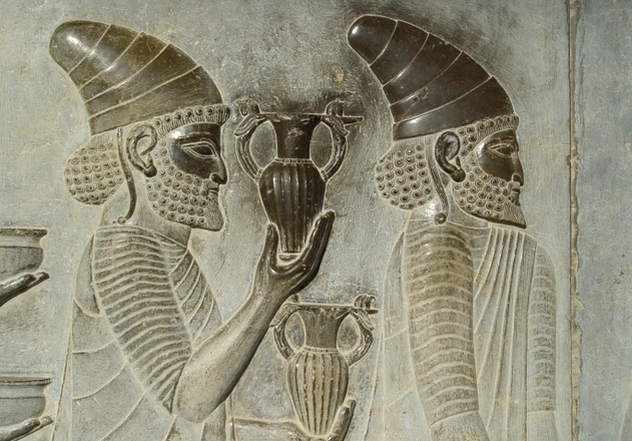 It is no surprise that alcohol has significant effects on the thought processes. While intoxicated, the mind makes leaps of deduction that it would never make sober. While this might occasionally lead to a regrettable sexual encounter, it can also lead to a good idea here and there. In his Histories, the ancient Greek scholar Herodotus described the Persian habit of debating important ideas while alternately inebriated and sober.

He wrote: “It is also their general practice to deliberate upon affairs of weight when they are drunk; and then on the morrow, when they are sober, the decision to which they came the night before is put before them by the master of the house in which it was made; and if it is then approved of, they act on it; if not, they set it aside. Sometimes, however, they are sober at their first deliberation, but in this case they always reconsider the matter under the influence of wine.”

Herodotus died over 2,400 years ago, and the veracity of some of his tales has been called into question. Voltaire famously called him “The Father Of Lies.” However, it is sorely tempting to believe that the Persians solved their problems while hammered on wine. 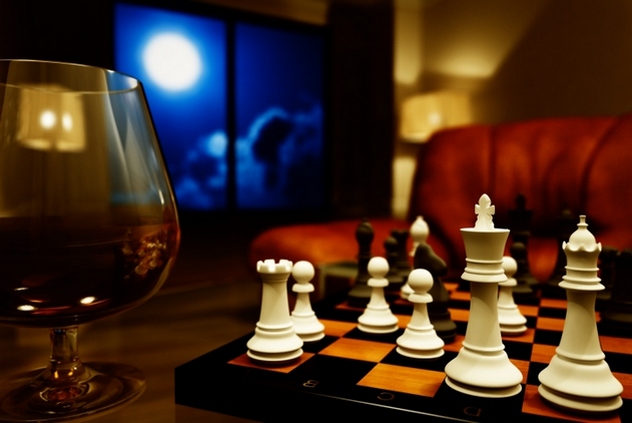 Multiple US and UK studies conducted over the last five decades have confirmed a curious fact: The more intelligent a person is, the more likely they are to drink alcohol to excess. At first glance, one might assume that correlative factors weigh in heavily here—a more intelligent person is more likely to have a well-paying job and a higher social standing. However, when multiple control factors were considered—age, sex, income, religion, education, race, and others—researchers again and again came to the conclusion that intelligence itself is the precursor for drinking. The reciprocity between alcohol use and intelligence is remarkable, with those who are extremely gifted being more likely to binge.

Precisely why this is the case is unknown, but examples of alcoholic geniuses abound in multiple fields. The author Ernest Hemingway, the artist Vincent Van Gogh, the statesman Winston Churchill, and the composer Tchaikovsky were all known for their indulgence. 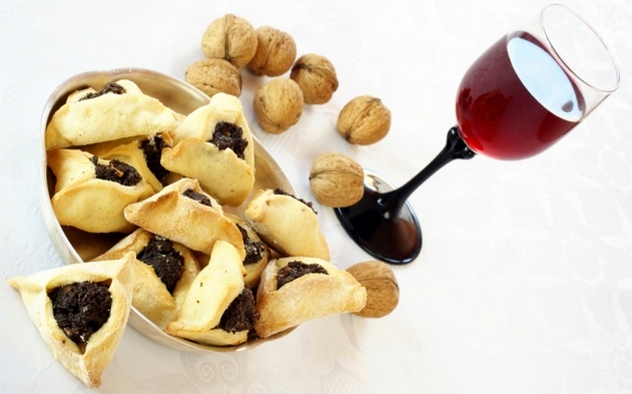 Alcohol tends to flow freely during many holidays, but few actually require it. Purim is a Jewish holiday celebrated on the 14th or 15th day of Adar (which tends to translate to mid-March for those of us who use the Gregorian calendar). It celebrates an incident detailed in the Old Testament Book of Esther. In it, the Jews are delivered from a plot to wipe them out. The plot is devised by Haman, a royal vizier to King Ahasuerus (presumed by historians to be King Xerxes I). Haman is foiled by Mordecai and his adopted daughter, Esther.

The holiday is celebrated by a great feast called the “Seudat Purim,” where wine is consumed in vast quantities. According to the Talmud, “Rava said: A person is obligated to drink on Purim until he does not know the difference between ‘cursed be Haman’ and ‘blessed be Mordecai.’ ” However, just how much alcohol this constitutes is debated by various authorities. The Jewish people, on the whole, do not tend to be boozers, partially because many have a shortage of ADH. 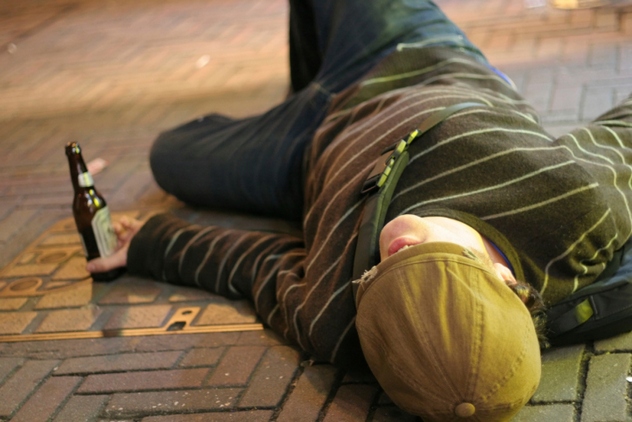 Drunk driving is one of the most harshly punished of all crimes, and for good reason. In America alone, 13,000 people are killed in alcohol-related car crashes each year. It would seem that walking would be much more preferable to slipping behind the wheel. However, according to Steven Levitt and Stephen Dubner of Superfreakonomics fame, walking while drunk is actually eight times more dangerous than driving. Their calculations, based on a lot of supposition, are pseudoscience at best and generated significant backlash when first released.

After all, a person walking while drunk is generally a danger only to himself, whereas a person driving can conceivably cost many people their lives. Moral ambiguities notwithstanding, it is a frightening angle few would have previously considered. Walking is extremely dangerous for someone with a lack of balance and reasoning ability; one can easily slip on ice, tumble down stairs, or make an ill-advised dash across traffic.

2How To Drink Without Getting Drunk (Maybe) 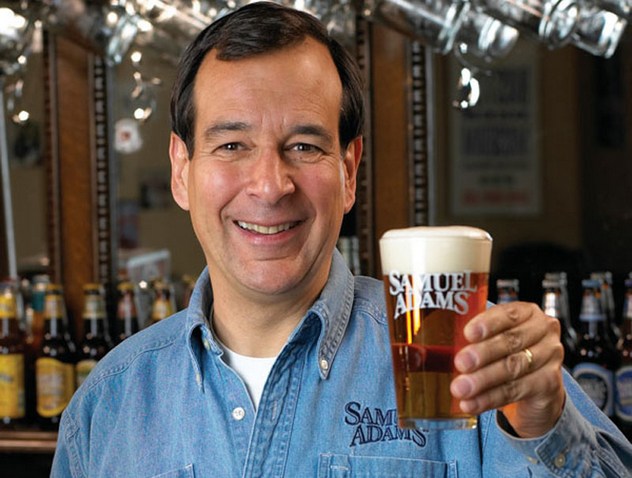 Given a normal quantity of enzymes, the human body processes a single unit of alcohol in an hour—approximately 355 milliliters (12 oz) of beer or 44 milliliters (1.5 oz) of hard liquor. Drinking at a rate faster than this will eventually make a person drunk. Conventional wisdom has it that nothing can sober a person besides time (not even hot coffee or cold showers). However, according to Jim Koch, this is not quite right. Koch could be considered an authority—he is the co-founder and chairman of the Boston Beer Company, which distributes Samuel Adams beer.

Koch learned from Dr. Joseph Owades—who’d earned a Ph.D. in biochemistry from Brooklyn Polytechnic Institute—that consuming brewer’s yeast before drinking would vastly increase your tolerance. While working for Fleischmann’s, Owades learned that active yeast contains a great deal of the aforementioned enzyme ADH. In theory, swallowing about a teaspoon for every drink you intend to have will speed the metabolization of the alcohol you consume. Owades even patented a pill called Prequel, which would curb the effects of alcohol. Unfortunately, no company wanted to deal with the legal ramifications that would come from marketing such a product. Yeast tastes about as bad as you’d expect, but it is palatable when mixed with some flavored yogurt, as Koch consumes it.

Not surprisingly, the notion that yeast will mitigate the effects of alcohol has met with considerable skepticism. Some food scientists pointed out that Koch’s ability to drink so heartily probably stems more from bodily tolerance earned from countless nights of imbibing.

Tiny Toon Adventures was a kids’ show that aired in the early ’90s. It was the next generation of the old Looney Tunes cartoons, with miniature versions of the characters attending school. For the most part, the episodes are fairly lighthearted, maybe baked in with some moral issues, like bullying or cheating on a test. But an episode called “One Beer” took a far darker turn.

While looking through the refrigerator, Buster, Plucky, and Hamton (the next generation equivalents of Bugs Bunny, Daffy Duck, and Porky Pig) come upon a single bottle of beer. They smuggle the beer out of the house and consume it at a local park. After just a swig each, all three are drunk. The episode goes on to detail their spiral into alcoholic despair. They become homeless and eventually steal a police car with fatal consequences. In the last few moments, it is revealed that the boys had merely put together a public service announcement to tell kids that drinking is uncool.

The episode, which aired on September 18, 1991, was subsequently banned for its controversial content. However, it has since been included in DVD releases and reruns.