As audiences prepare for Days of Future Past—the latest cinematic adventure for the Uncanny X-Men—it is hard to fathom that, counting a cameo in X-Men: First Class, this will be Hugh Jackman’s sixth outing as Wolverine. The popularity of this character is undeniable, but there are many secrets to this character hidden within the last few decades of comics.

10His Later Appearance Was Modeled After Clint Eastwood 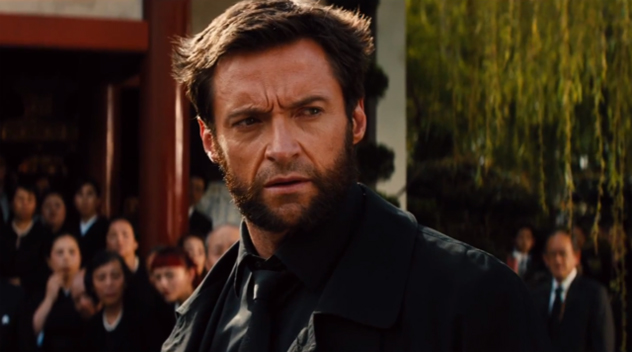 As mentioned earlier, Wolverine’s initial appearance was intended to be an angry teenager with gloves—and no matter how weird you consider the ’70s and ’80s to be, that appearance would not have brought Wolverine the cultural recognition he has now garnered. Fortunately for later fans of Hugh Jackman, Frank Miller—the same comics legend who revitalized Batman and Daredevil—ensured that Wolverine would have powerfully familiar touchstones in American culture.

Frank Miller’s Wolverine illustrations in the ’80s intentionally drew inspiration from Clint Eastwood, helping to visually convey the same message that Wolverine’s comics were conveying: that he was an avenging cowboy hero. This trend has continued into the present day, with Marigold’s The Wolverine movie paying homage to classic Eastwood westerns by serving as a kind of bridge between the samurai movie and the cowboy movie in which Wolverine functions similarly to the protagonist of The Outlaw Josey Wales. 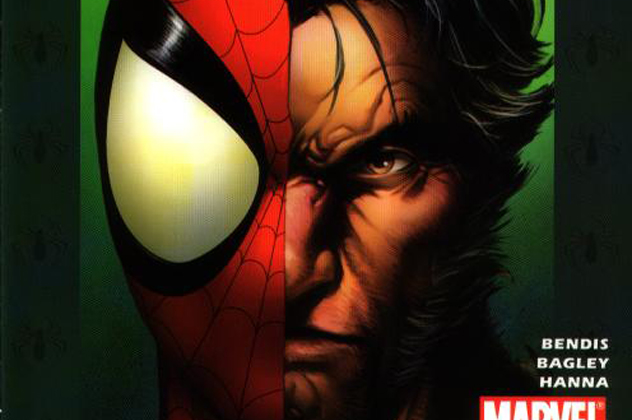 In Marvel’s Ultimates line of comic books—books originally intended to lure in new readers by starting these characters over in a new universe—Wolverine is, morally, a bit looser than his regular-universe counterpart. He first joins the X-Men in order to kill Xavier under Magneto’s orders, but delays his mission until he can seduce the young Jean Grey.

She is understandably angry when he admits his motivations, and that’s why she switches Wolverine’s and Spider-Man’s brains in two of the Ultimate Spider-Man comics. By and large, the comic is played for laughs, with each character now being a fish out of water in the other’s body. However, it quickly takes a turn for the creepy when the century-plus-year-old Wolverine apparently makes a move on 15-year-old Mary Jane. After their minds are back in the right bodies, she asks Peter, “That thing you tried to do this morning, can we not do that till we’re older?” Peter gives the final panel the same glassy-eyed stare that most readers gave that story. 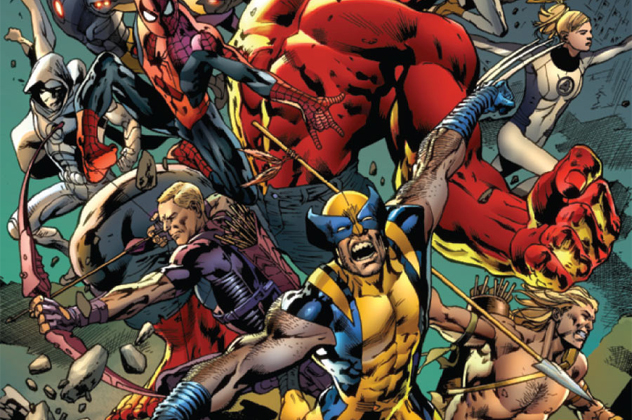 In the Age of Ultron miniseries—the comic from which the sequel to the Avengers movie draws its name—the heroes of the Marvel universe face a horrifying future where Hank Pym’s robot creation Ultron has killed almost everyone and now rules the world. When Nick Fury finds a way to teleport back and forth in time, he intends to use it to stop Ultron as he is now. Wolverine has a more practical idea—kill Hank Pym to keep Ultron from ever being born.

Wolverine goes through with his plan, killing Hank Pym and creating a bizarre future where technology is constantly combating witchcraft. He then goes back in time yet again to keep his slightly younger version from killing Hank Pym, though he does get to kill one person: his other self, who believes that there is only room in the universe for one Wolverine. Hank Pym—alive and well again—is able to prevent the dystopia they saw, but there’s a side effect: Wolverine’s time-jumping has created rifts in time that not only prevent time travel, but are causing versions of the planet-eating Galactus in the Ultimates universe, despite the monster having permanently been defeated there. Unfortunately, all of time and space does not possess Wolverine’s healing factor and remains broken.

7He Was Originally A Teenager With Gloves 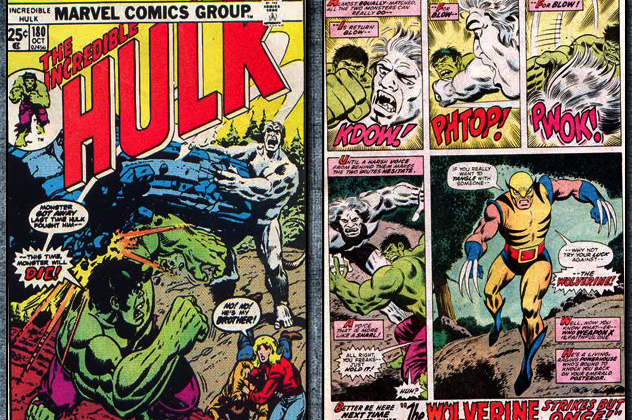 Before he became a world-famous X-Man, Wolverine first appeared in The Incredible Hulk back in 1974, fighting the familiar green monster. However, very little of the now-familiar Wolverine mythology had even been conceived of. Creator Len Wein thought of Wolverine as a mutant only in that he had extraordinary senses and animal rage—the super-healing factor wasn’t part of the package.

Thankfully for future fans of Wolverine, his trademark mask obscured his face, hiding one of Wein’s stranger ideas: Wolverine was actually originally intended to be a ferocious teenager simply wearing gloves for claws. It was only after he joined the X-Men later that his now-familiar visage was revealed . . . as a very old mutant with regenerative powers and not a ferocious, precocious teen.

If that’s not strange enough, other original visions for Wolverine included him having the strength of Spider-Man (which means Wolverine could lift a car) and even being a wolverine that had mutated into a humanoid, similar to the Teenage Mutant Ninja Turtles.

6He Has Bone Claws 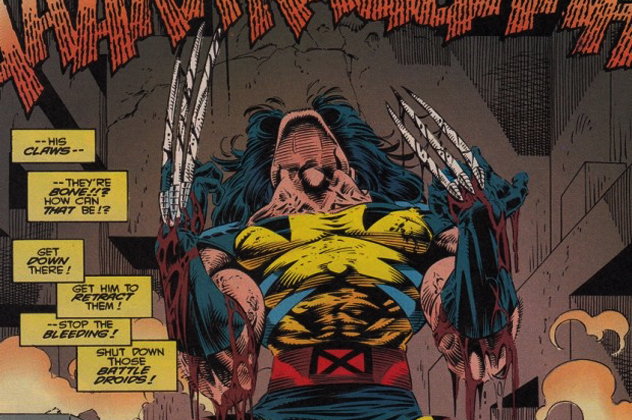 These bone claws were actually the mutation that Wolverine’s mother saw and that caused her to commit suicide. However, the comics that revealed his origins came many years after Wolverine’s initial appearance, and most fans assumed that the claws were just an extra weapon attached when Wolverine had the adamantium forced onto his bones by the Weapon X program.

The existence of the bone claws was not revealed until the aftermath of a particularly gruesome fight with Magneto. During this fight, Magneto took full advantage of the metal lacing Wolverine’s body by magnetically stripping all of it away. Wolverine’s amazing healing factor kept him alive, but he was so overtaxed that he was unable to heal well for a long period of time. It was during a training session in the Danger Room that Wolverine—along with everyone else—found out that he has bone claws . . . when they bloodily ripped through his knuckles. It makes you wonder if the healing factor works on painful memories, too. 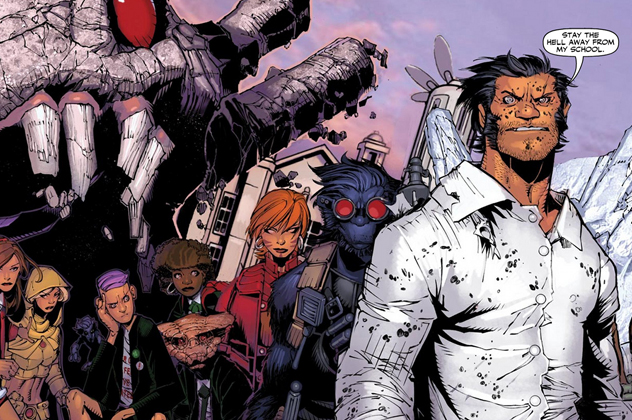 One of the more amusing moments in Bryan Singer’s X-Men 2 is when Wolverine is introduced to Iceman’s parents. Not wanting to introduce him as a rage-filled killing machine, Iceman simply introduces him as a teacher at the school, with the parents reacting incredulously to Wolverine’s claim that he teaches art.

However, avid comic readers know that it’s not such a crazy possibility. While Wolverine still hasn’t clawed any notes about Impressionism on the school’s walls, he did serve as the headmaster of Xavier’s school following a bitter fallout with Cyclops. The latter believed that the mutants of the world—then dwindled to only about 200—had a responsibility to focus on combat and self-defense, while Wolverine called for a return to Xavier’s model of education and peaceful philosophy (along with periodic fisticuffs with evil mutants). Wolverine named the new school after now-deceased Jean Grey—further salt in the already deep wound between himself and Cyclops. 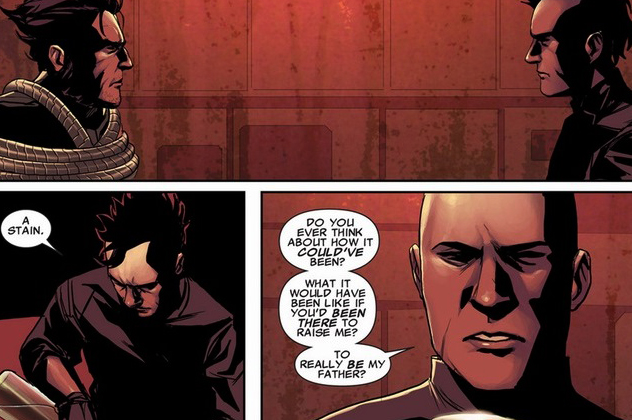 Those who remember Bryan Singer’s first X-Men movie can understand why Wolverine is not much of a family man: When a concerned Rogue wakes an agitated Wolverine up while he is dreaming, he blindly stabs her and she’s only saved by her ability to absorb his healing powers. These kinds of things are why he has a reputation as a loner—at least, when he’s not helping X-Men save the world.

However, Wolverine did have a son. He had a pregnant wife in 1946, but their matrimony was cut short when she was killed by The Winter Soldier. Unbeknownst to Wolverine, the baby was cut from his dead wife and survived because he inherited Wolverine’s regenerative ability. He grew up to resent his father and used his own healing factor and claws for evil. And since Wolverine fights evil for a living, he ends up killing his own son by drowning him—a brain death that his healing power could not prevent. 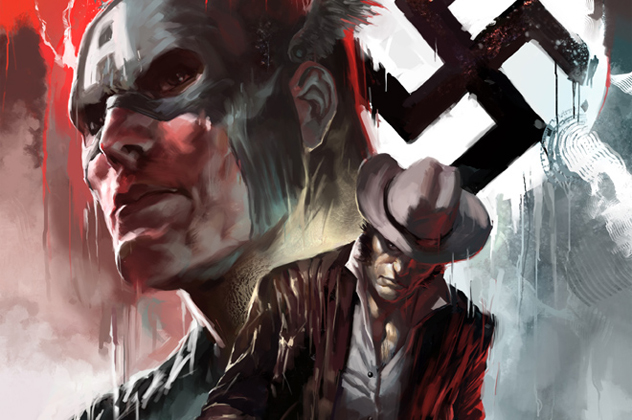 One of the more amusing aspects of Wolverine being so old is that he has become the Forrest Gump of the Marvel universe: If there was a major event that happened in the past, Wolverine was likely there. The writers often don’t even have to worry about contradicting each other since Wolverine’s ignorance of events is often simply chalked up to an effect of the false memories implanted by the Weapon X program.

Understandably, one of the more popular time periods for these Wolverine stories is World War II. During one of his more memorable escapades, he helped a young Captain America and his military colleague Major Ivan Petrovich rescue a very special young woman—Black Widow, who, in the comics universe, has also been around for a very long time. One sword and several disposable ninjas later, Wolverine has saved the day for everyone’s black-clad Russian secret agent.

2He Once Ran A Team Of X-Men Assassins 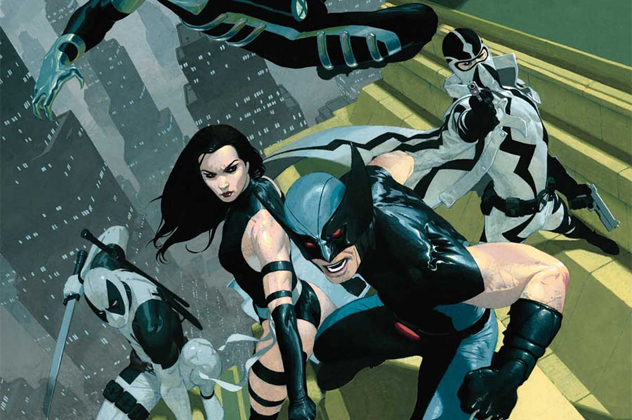 While Wolverine is known as the violent and unstable one on the team, he is usually presented as an unusual case—that is, others on the team (such as Cyclops) provide a kind of moral counterpoint to the slicing, dicing, berserker frenzy of Wolverine.

However, he once led the Uncanny X-Force—an X-Team kept secret from the other X-Men because of their unique purpose. That purpose was to hunt down and permanently eliminate threats to both humanity and mutant-kind. In other words, they did the dirty work from the shadows that let Cyclops and those like him keep a clean conscience in the light. Things went too far when Wolverine’s team killed a young boy who was destined to grow up to be the next Apocalypse—a decision that set off a chain of events that not only revealed the existence of his team, but threatened the safety of the world. Even Wolverine, the ultimate pragmatist, had to acknowledge that the ends did not justify their violent means.

1He Came Back To Life From A Drop Of Blood 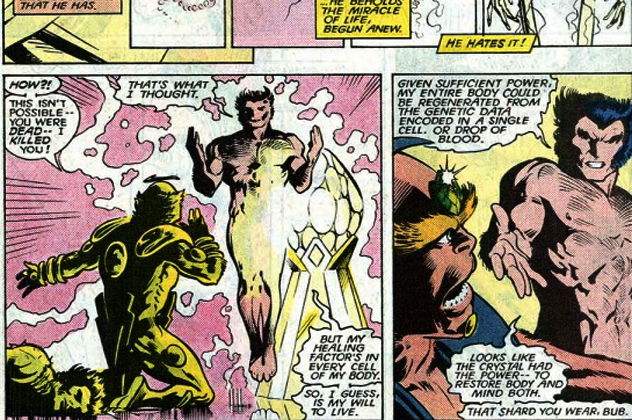 Fans of Wolverine have watched him come back from the brink of death plenty of times. Wolverine has been shot, stabbed, set on fire, even split in half by the Hulk, yet he always comes back to life. In one notable comic, however, Wolverine comes back from actual death.

In the Uncanny X-Men #11 comic, Wolverine and his comrades are fighting to gain control of a powerful alien gem in order to demonstrate the potential of the human race. Alien warriors are hunting Wolverine and, after catching up to him, they don’t just hurt Wolverine—they annihilate him until there’s almost nothing left. Fortunately for Wolverine, a drop of his blood lands upon this powerful gem, which then grows an entirely new Wolverine to continue the quest on behalf of mankind.