The average life expectancy is constantly rising as we improve our knowledge of medicine and the human body. We have eradicated diseases, discovered powerful treatments, and figured out how to fix ailments which would have once killed us. Now we’re accelerating even more rapidly in the practice of keeping humans alive, jolting toward something close to immortality with technologies that sound like they’ve been ripped straight from the realm of science fiction. 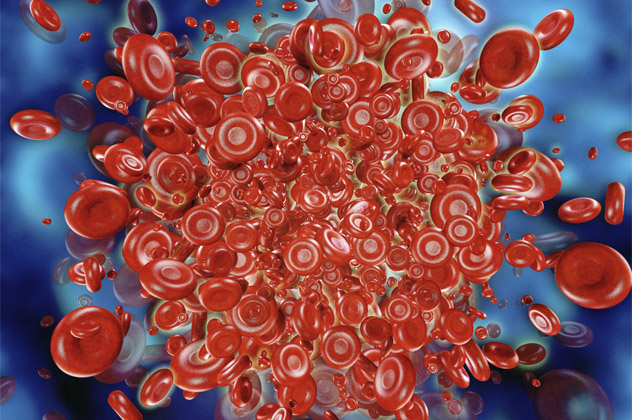 Blood is so critical to our survival that it’s become the go-to metaphor for people to describe a necessity. Farmers, workers, religion, love, family—they’ve all been described as the “lifeblood” of nations. Excessive blood loss will quickly end a life, so blood transfusions are a vital medical tool. There are two major issues with blood transfusions, though. The first is that the blood has to be donated from other people, which can lead to shortages. The second is that everybody has a different blood type, and transfusing the wrong blood type will lead to an immune system attack and a variety of awful complications.

Science has managed to address both these issues by manufacturing red blood cells from the universal O- type (which can be given to anybody without immune issues). This is the first time that blood like this has been created in a lab, and it could lead to the end of blood donations and the beginning of industrial blood production.

If you had the chance, would you choose to live forever? Explore the reasons our culture is pushing toward immortality in Immortality: The Quest to Live Forever and How It Drives Civilization at Amazon.com! 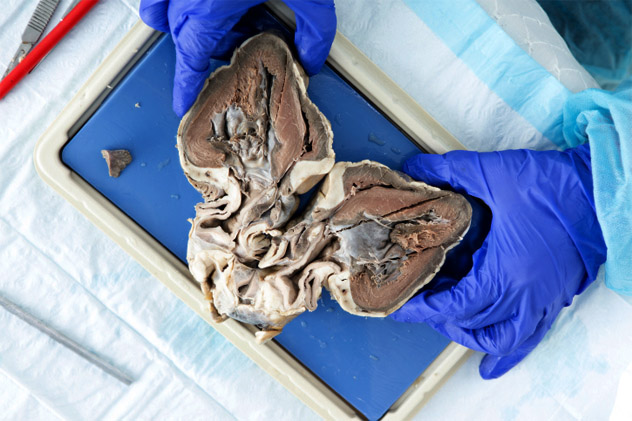 There are some common sci-fi tropes that are at least somewhat plausible. When we see interstellar travel, alien life, or food reduced to pills, we can imagine the potential they have to be a part of human life. But some things are a little more far-fetched, like culturing body parts in labs. Like most things, though, the truth is crazier than fiction, since scientists are doing exactly that. The lab-grown organs don’t just look anatomically correct, they work correctly as well. What have we made so far? Vaginas and nostrils, both of which have been safely transplanted into humans with no adverse side effects.

For the first time ever, females who were born without a vagina—or whose vagina was incomplete—received vaginas grown in a laboratory. The women were tracked for eight years before the scientists were satisfied with the results. During that time, the women and their new organs functioned completely normally without adverse side effects. Patients who had lost part of their noses to skin cancer also had new noses grown from their skin cells. 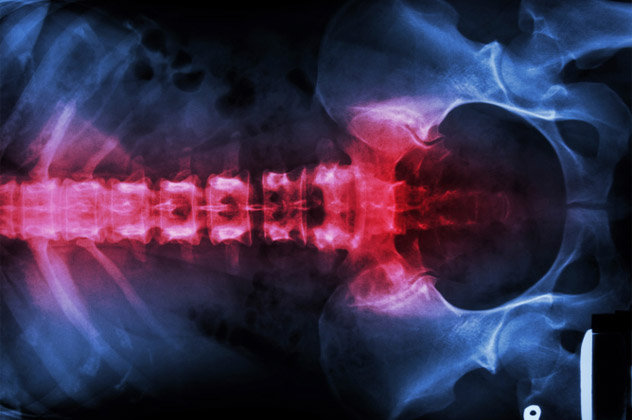 Injuries to the spinal cord are among the most devastating afflictions suffered by humanity. The spinal cord carries information to every part of the body, so injuries to this area often lead to the awful condition of paralysis. In the past, there was little which could be done for the victims of such injuries. They were left to live out their lives with limited mobility and, often, a great deal of pain.

As the result of groundbreaking research into the role of electrical impulses on the nervous tissue in the spine, modern scientists have now been able to return voluntary movement to people who were supposed to be paralyzed for life. In the exciting experiment, the patients involved were able to move previously paralyzed body parts after electric pulses were applied to their spinal cords. When combined with traditional physical therapy, the improvement became even greater, giving hope to hundreds of thousands worldwide who hope to one day walk, run, and move again. 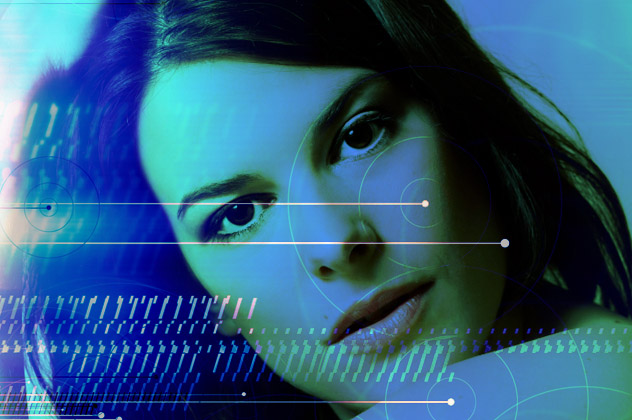 Following in the footsteps of their contemporaries in the skin care and bogus superfood industries, a group of scientists have discovered a chemical in the blood of young people that could have a significant impact on the debilitating effects of old age. This wasn’t some one-off, nutjob study, either—three separate groups all came to the same conclusions in experiments with mice. In the research, transfusions of young blood reversed age-related deterioration of memory, learning, brain function, muscle strength, and stamina. Maybe Elizabeth Bathory wasn’t so crazy after all.

Two of the groups even claimed to have identified the single chemical which was responsible for this age-reversing effect. Since the studies were done on mice, it still remains to be seen whether it will also work for people, but the researches are confident that it could. Clinical trials are expected to begin in a few years, potentially paving the way for a genuine anti-aging injection. 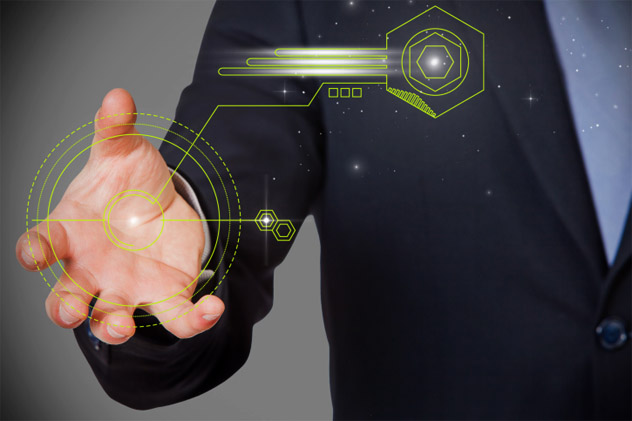 No matter how far we come as a people, the incredible forgetfulness and laziness of humanity will always prevail. Medication is an extremely important part of many people’s health, and forgetting to take it can be dangerous, even deadly. In a development which some will see as incredible and others will see as a frightening step too far, an electronic system which will monitor your medication is now available. Tiny sensors and a skin patch will keep tabs on you, making sure you never miss another pill.

If constant monitoring isn’t your style, they have more advantages. The system can also track the body’s response to said medication, giving you and your physician details on how your body is reacting, so if anything goes wrong you’ll be able to rectify it immediately.

5Giving A Bit of Heart 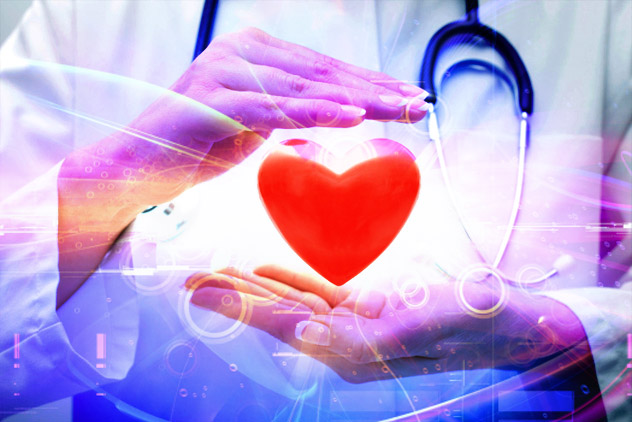 The heart and its health are key to a long, rich life. The biggest cause of death in the United States isn’t AIDS or any kind of cancer, it’s heart disease. Heart disease kills approximately one million Americans each year, equating to about one person passing away every 33 seconds. It is also a huge killer across the rest of the world. It’s the number one cause of death in Australia, claiming a life every 12 minutes, as well as in the UK, where it is responsible for a quarter of the deaths each year.

However, scientists recently managed to transplant a genetically modified pig heart into a baboon and have it function perfectly for over a year. This research gives the medical world hope that one day animals will be able to provide an endless supply of animal hearts (and other organs) to transplant into humans, greatly increasing life expectancy. 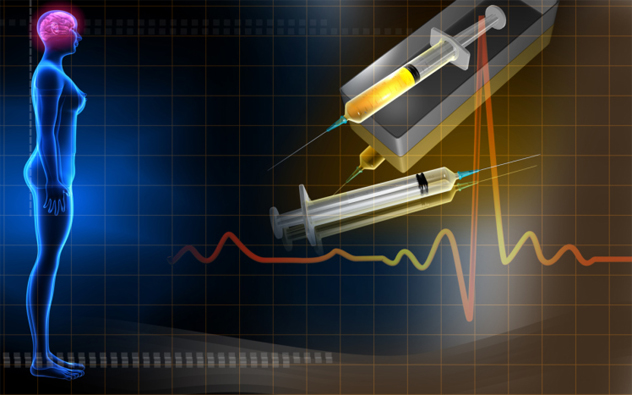 Strokes are terrifying and often deadly. In cases where they don’t kill, strokes can leave the afflicted unable to perform basic tasks, greatly impacting their quality of life. Independence and autonomy are almost completely taken away, and sufferers are unable to control their body as they once could. Previously, there were very few treatment options for these people. But now, scientists have used a revolutionary new procedure to treat these horrific disabilities, giving hope to all of those affected—not to mention their friends and families.

By injecting stem cells into the brains of patients, researchers have managed to restore the ability to move their limbs and perform tasks that were previously impossible. The people involved see this as a very encouraging sign for stroke victims, who number close to a million per year in the US alone. 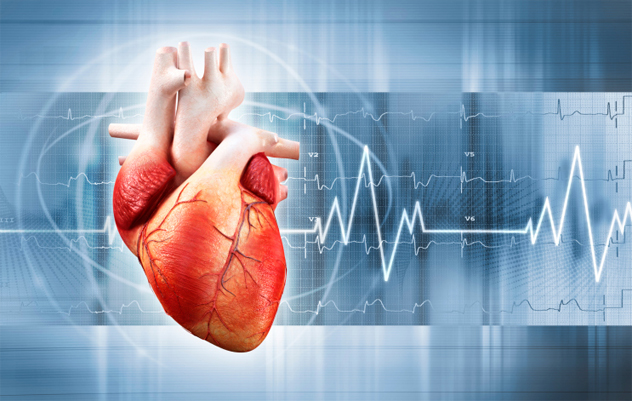 We’ve already gone over the monumental impact that heart disease has on the lives of humanity, as well as the importance of organ transplants to keep people alive. Well, with the increasingly innovative advent of 3–D printing, there are some in the field who believe that within only 10 years they’ll be able to print an entire “bioficial” heart. A group at the University of Louisiana has already taken huge steps toward fulfilling this prediction.

By utilizing fat cells and collagen, the team has managed to print working components of the human heart. They use the analogy of an airplane—a complex machine assembled in parts before being combined—to explain why they can’t just print an entire heart and why it instead must be done part by part. But with the ability to print the parts, 10 years seems a very reasonable time frame to expect the sum of these parts to be complete.

Step into the future and let your creativity explode with your very own Da Vinci 3–D Printer at Amazon.com! 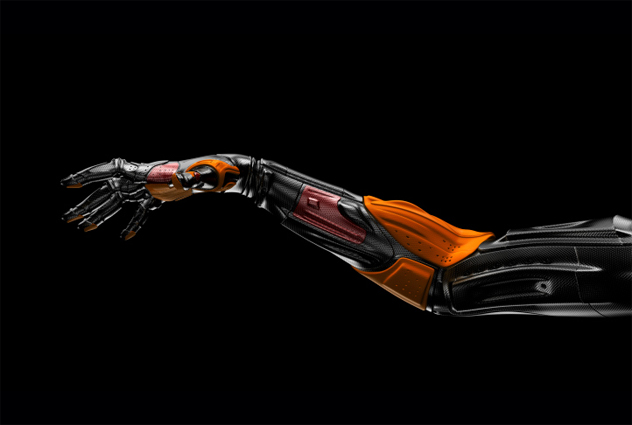 Ever since the first cyborgs appeared in science fiction, scientists have been searching for a way to create bionic body parts. Doing so would immeasurably improve the lives of people with amputated limbs, and every bit of research gets us closer to understanding the intricate communication system between our brains and our muscles. And it looks like that all that effort is finally coming to fruition. The brain impulse-controlled prosthetic dubbed the DEKA arm is no ordinary attachment—it’s a genuine super gadget.

Invented by the same man who invented the Segway, the arm can perform such fine, delicate tasks as zipping up a coat, holding an egg without busting it, or unlocking a door using a key—tasks that even people with fully intact arms seem to struggle with sometimes. The bionic arm is also very adaptable, making it an option for people who were amputated at the shoulder, at the mid-lower arm, or the mid-upper arm. Unfortunately, those amputated at the hand or wrist won’t have the Skywalker arm available to them, at least for now. 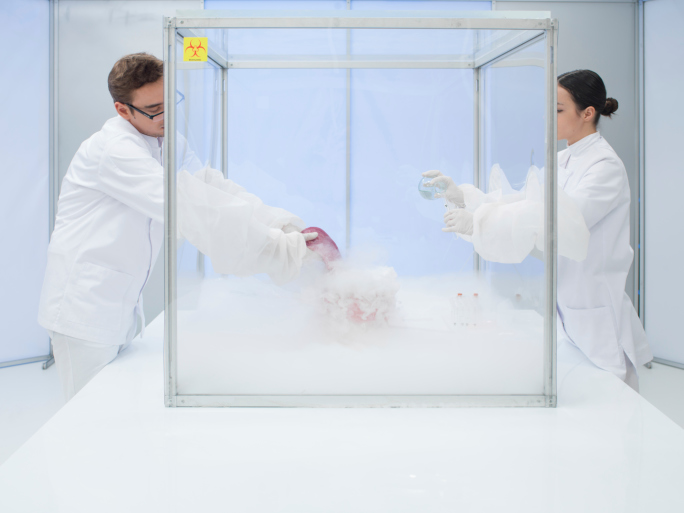 This one is so stereotypically sci-fi that the researchers involved don’t like to call it suspended animation. One of the leading surgeons at the hospital where it’s being developed prefers to call it “emergency preservation and resuscitation,” even though he admits that they are suspending life. Basically, the patient’s blood is replaced by a very cold saline solution which creates a kind of induced hypothermia, slowing all cellular activity to a near halt. In other words, it’s like flipping the slow-motion switch on the shutdown of the body’s vital systems, giving surgeons more time to fix the problem. According to the man who invented the technique, Peter Rhee, the patients aren’t necessarily alive during the procedure, but they’re not dead either.

In 2000, Rhee demonstrated this technique on pigs and it worked. The pigs suffered massive hemorrhages before they were suspended, then they were treated and “brought back to life.” In most cases, their hearts started again on their own with no loss of cognitive or physical function. Now, Rhee and his team just have to wait for the right human candidate. “After we did those experiments, the definition of dead changed,” says Rhee.

Hoss is currently writing his mother’s favorite serial and blog, as well tweeting from her favorite Twitter account.