Alfred Hitchcock gave name to a literary and film device called a MacGuffin (sometimes spelled “McGuffin”), which is any object or device that serves to trigger the plot. This boils down to anything that sets the plot in motion or keeps it going in one direction or another. In terms of Hitchcock, the birds were the MacGuffin in . . . well, The Birds and he used others like Norman Bates’s mother in Psycho to keep things going.

While he may have coined the term, Hitchcock wasn’t the only one to use MacGuffins. They have been around for a long time, especially in some incredible works of fiction. Here are the 10 greatest MacGuffins from some of the greatest movies ever made.

Spoiler Alert: We do tell you about some things that happen in these movies. If you haven’t seen them, tread carefully. Be especially careful of entry one about Citizen Kane because we tell you how the movie ends. You’ve been warned. 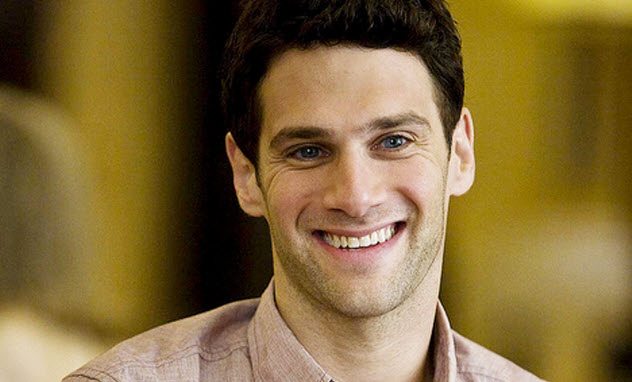 A lot of people might forget while watching the movie, but the guys get into so much trouble throughout their actual hangovers in the film due to their quest to find Doug. He was the reason they were in Vegas in the first place.

Doug was getting hitched, and they were celebrating with a good old-fashioned bachelor party. A lot of people might have forgotten the guy since he was only in the movie for the opening of the first act and just a few minutes at the end.

Finding Doug was the entire plot of the film when you get right down to it. The fact that they woke up with a tiger and nothing but questions as to what happened the night before was just the comedic sprinkling atop the ice cream sundae that was The Hangover.

Although some MacGuffins are right there in front of the viewer the whole time, Doug is a perfect example of a MacGuffin that rarely makes an appearance.[1] 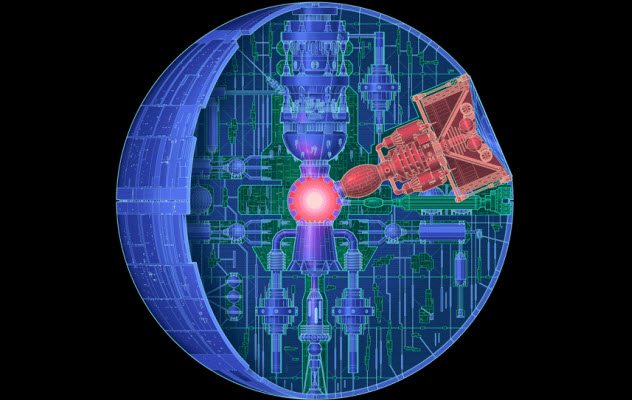 We have finally been given the backstory of how the Rebels got their hands on the plans for the Death Star thanks to Rogue One. (Incidentally, Rogue One also used the plans as that film’s MacGuffin.) But in the original Star Wars, they were the principal element moving the story forward.

After the Tantive IV is boarded and we learn that “the Death Star plans are not in the main computer,” the Empire will stop at nothing to find them. The Empire stormtroopers follow R2-D2 and C-3PO down to the surface of Tatooine and torch Luke’s uncle and aunt while looking for the plans.

Then we get to meet Han and Chewie as the plans are moved across space and finally make their way to the Rebel Alliance so that they can be scrutinized to find a weak point.

Here’s how we know the plans were the MacGuffin: If Vader had found them on the ship in the opening act, that would have been it. They had Princess Leia and would have proceeded to wipe out the Rebel Alliance “in one fell swoop” thanks to the secret of their vulnerability never winding up in their enemy’s hands.[2] 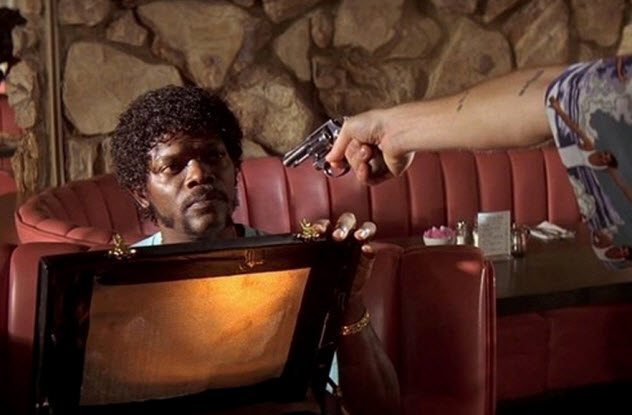 Here’s the thing about MacGuffins: You don’t always need to know what they are. The characters on-screen usually require that information to keep them moving one way or another. But when you get right down to it, do you really need to know what’s in the briefcase everyone’s carting around in Pulp Fiction?

The short answer is, of course, no. It doesn’t matter. All we need to know as members of the audience is that it’s something important.

For years, the Internet has speculated as to what could possibly be in the briefcase. Fan theories have suggested that it is the cache of diamonds stolen in Reservoir Dogs, Rudolph’s nose, O.J.’s other glove, the Oscar that Quentin Tarantino hoped to win, or even Marsellus Wallace’s soul (which explains the Band-Aid he had on the back of his neck prior to getting the briefcase back).

Tarantino has admitted that there is no official explanation for the briefcase’s contents and that it was written specifically into the screenplay to be an intriguing MacGuffin.[3]

Beginning in Star Trek II: The Wrath of Khan and ending in Star Trek III: The Search for Spock, the main plot device moving things forward might seem to be the rage that Khan has for Kirk and the hatred that Kirk has for the Klingons. But it is actually the Genesis Device.

While it was designed to literally create life, the Genesis Device was seen by those outside of Starfleet as the ultimate weapon, capable of destroying entire planets and rendering them void of life . . . at least the life that was already present.[4]

The Genesis Device is responsible for Kirk meeting his son. Later, when the device helps to keep Kirk alive, it is sought by the Klingons, who end up killing Kirk’s son out of spite.

When Spock’s body makes its way to the Genesis planet, he is revived by the science of that very device. This causes the crew of the Enterprise to illegally abscond with their ship to rescue their fallen . . . and risen friend. As MacGuffins go, the Genesis Device is certainly one of the most interesting on this list. 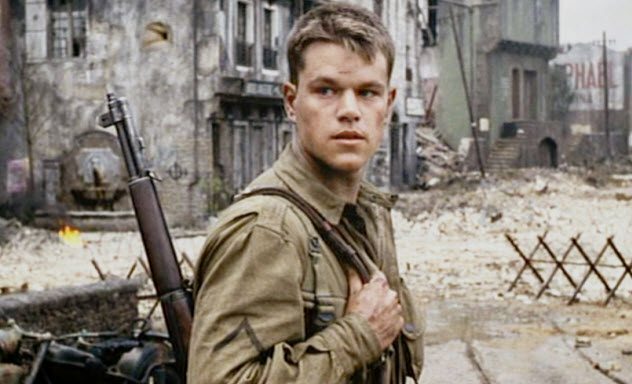 There are plenty of examples of people being used as MacGuffins, but few have been as important as Private James Francis Ryan in the film named after his rescue. It’s not the Nazis or Operation Overlord that are the main focus of Saving Private Ryan, but rather the mission undertaken by Tom Hanks and his band of Rangers as they set out to save the titular private from almost certain death.

To be fair, Ryan does play an important role in the story. But his actions when found are yet another step in the MacGuffin process that brought the tale to its tearful end. When he refuses to leave his unit behind and follow the Rangers back to safety, many of them are killed.[5]

The story then goes full circle to the old man in the cemetery, whom we now know is Ryan. He asks his wife if he was a good man and if he led a good life. Even as the story’s MacGuffin, Ryan knew that his actions were responsible for driving the story forward.

5 The One Ring
The Lord Of The Rings 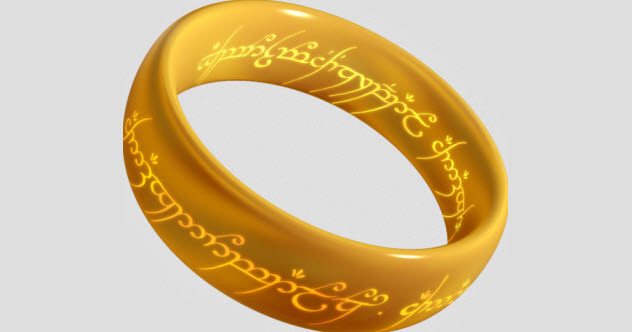 When it comes to a powerful artifact serving as a MacGuffin, you don’t have to look much further than the One Ring. Not only is this the ring that Sauron is determined to recover throughout the series (in both film trilogies and all the books), it is also incredibly powerful all on its own. We learn that it isn’t just the most powerful ring, but the ring that binds all others together.

The Fellowship of the Ring embarks upon an epic quest to return the ring to Mount Doom so that it can be destroyed. That quest is only the beginning of an adventure that intertwines the lives of all the denizens of Middle-earth.

Even though the book, The Hobbit, doesn’t delve into the true nature of the Ring’s origin or power, Peter Jackson’s Hobbit trilogy pulls it into the tale. However, in The Hobbit, the treasure—and more specifically, what the Arkenstone Smaug enjoys resting upon—is the MacGuffin of that trilogy.[6]

4 The Holy Grail
Indiana Jones And The Last Crusade 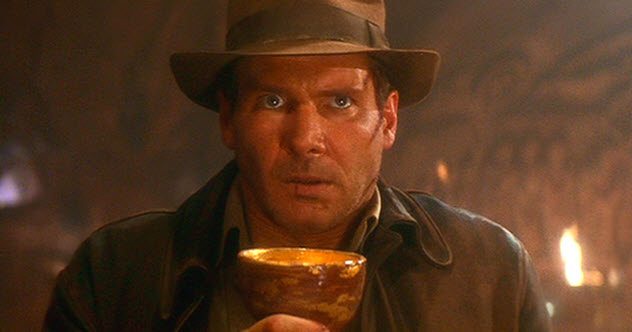 We could have used anything from the Ark of the Covenant to those ridiculous crystal skulls because the treasure of any Indiana Jones film is, by definition, a MacGuffin.[7] We decided to go with the Holy Grail from Indiana Jones and the Last Crusade because it is the ultimate MacGuffin for any treasure hunter. This is probably the easiest example of a MacGuffin in film as it is specifically stated as the goal of everyone in the film.

When it is finally found and has served its purpose, it is even cast aside or thrown away, albeit accidentally at first. When a MacGuffin serves its purpose to drive the story, it doesn’t matter anymore if it “lives or dies,” only that it existed at all in the first place. 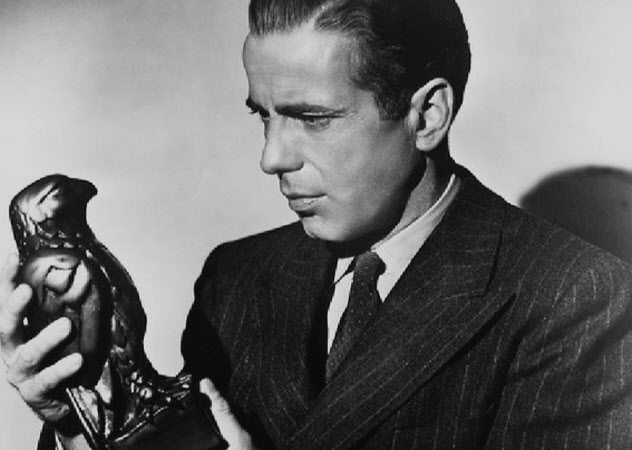 Classic films shot during the time that Hitchcock coined the term “MacGuffin” have some remarkable MacGuffins, and The Maltese Falcon’s Maltese Falcon is probably one of the best-known of all. In the film, the Falcon is the item that everyone desires and it propels the actions of the entire cast of characters. It isn’t just the Falcon itself that’s the MacGuffin. The search for it also drives the plot.

When Gutman and Cairo find the Falcon and learn that it’s a fake, they aren’t distraught or even angry. They become somewhat giddy at the notion that they can continue to search for it.

It’s the search—the worldwide chase of the Falcon—that gives their lives meaning. The thought that they can continue on that track is nothing but pleasing to the characters.[8]

What’s so interesting about the Maltese Falcon is that it only holds value because it is so sought after by the characters in the book or movie. The implied value is what makes this a perfect MacGuffin, much like that given to the briefcase in Pulp Fiction. 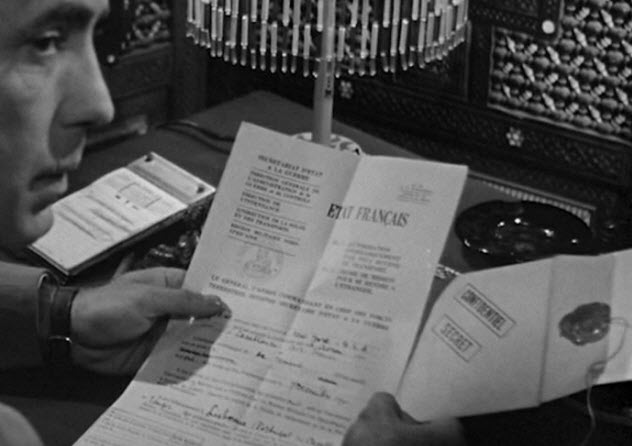 The film Casablanca isn’t just a source for some of the best lines ever written for cinema, it’s also one of the earliest examples of a MacGuffin that the audience doesn’t even focus on. Everything on-screen is about the romance between Humphrey Bogart’s Rick Blaine and Ingrid Bergman’s Ilsa Lund. That’s what the audience pays attention to, but for the characters in the movie, it’s all about the letters of transit.

Throughout the film, Rick’s motivation is the safety and security of his former lover. At the end, he even makes her board the plane after finally securing the letters of transit allowing them to flee Nazi-occupied Morocco.

The letters were obtained by murdering two German couriers, so there is a great deal of importance placed upon them. Even so, the audience is captivated more by the romance between Rick and Ilsa than the MacGuffin, making the letters of transit one of the most ingenious of them all.[9] 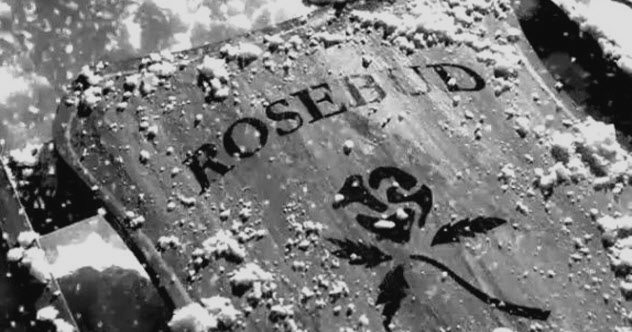 Citizen Kane opens with the death of Charles Foster Kane. He is holding a snow globe that drops to the floor just after he utters his dying word, “Rosebud.” The meaning of the word is the true MacGuffin in the film because it sets Jerry Thompson with the task of learning who or what Rosebud was.

What could this disturbingly wealthy man have meant with his dying breath? It’s the drive to learn what it means that makes “Rosebud” the greatest movie MacGuffin of them all.

The entire film revolves around Thompson’s quest to learn the meaning of the word. But in the end, he never does. Only the audience knows the meaning of the term when the camera pans around the room at Xanadu to reveal the trade name of the sled: Rosebud.

The sled is what an eight-year-old Kane was playing with the day he was taken from his home in Colorado. It is considered to be junk and is burned, leaving the question and MacGuffin forever unanswered within the confines of the film.[10]