10 Ancient Archaeological Mysteries That We May Never Solve

For all of the time we spend researching and documenting our past, there are still many questions left unanswered. Our ancestors left a lot of traces in this world, and not all of them were ever meant to be understood by other cultures. Despite our best efforts, they remain mysteries to this day.

Geoglyphs are giant images drawn on the surface of the ground. The Nazca Lines are probably the most famous geoglyph, but just 200 kilometers (130 mi) from the Nazca Plain is an even more mysterious example.

The Paracas Candelabra measures about 180 meters (600 ft) across. Despite the close proximity to the Nazca Lines, this geoglyph was likely not built by the Nazca people. Ancient pottery found at the site dates to 200 B.C., which means that the Paracas culture is most likely responsible. But while we have some idea who built the candelabra and when, the question of why leaves archaeologists baffled.

Some attribute a religious value to the geoglyph, as locals consider it to be the staff of Viracocha, an ancient creator god. Others, however, suggest a more practical purpose. The Candelabra is carved into a hill. The angle and huge size means that it can be seen from a great distance, as far as 20 kilometers (12 mi) out to sea. This has led some to believe that it was used as a landmark for sailors.

Watch the spellbinding documentary In Search of Ancient Mysteries FREE with Amazon Prime at Amazon.com!

Ancient and mysterious landmarks are not an uncommon sight in England. Although Stonehenge comes to mind first, many more are to be found.

The White Horse in Uffington, a 115-meter (374 ft) hill figure, was created by digging deep trenches filled with crushed chalk. This animal appears to be a horse, and similar depictions appear on ancient coins dated to the Bronze Age. Near the figure are burial mounds from the Neolithic period. These graves were reused up until the Saxon period, leading some to claim that the White Horse is not as old as previously thought.

Two factors separate the Uffington White Horse from similar landmarks. For starters, the White Horse is much, much older. Many other horse figures date to as late as the 18th century, so they were most likely done in honor of the original White Horse. The other factor is the condition of the figure. Considering how old it is, the White Horse is in remarkable shape, most likely thanks to the locals who kept it in good repair. 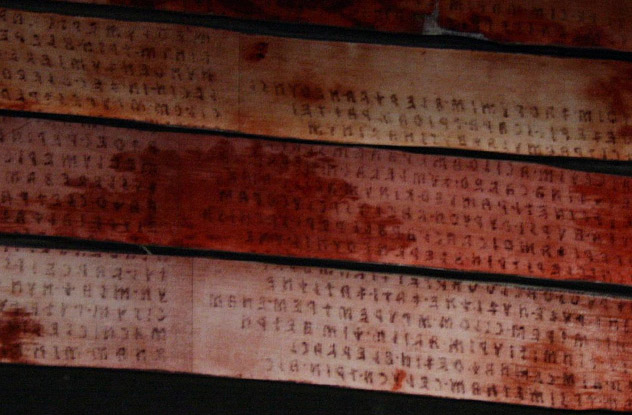 The Linen Book of Zagreb is the longest text written in the Etruscan language. The language had a huge impact on the world since it heavily influenced Latin, but nowadays, it is mostly lost. Only a few ancient documents feature it, so large chunks of the Liber Linteus are still untranslated to this day. From what can be gathered from the book, it appears to be a ritual calendar, although it was initially thought to detail funeral rituals.

It’s astonishing that the Liber Linteus survived all this time despite being from the third century B.C. It is extremely uncommon for linen books to last that long—but the Liber Linteus was no ordinary book. It survived because it was repurposed. The book was cut into pieces and used by ancient Egyptians to wrap a mummy.

This meant that the Liber Linteus was preserved in good condition, but it went unstudied for a long period of time. Even when it was found, most people who saw it simply assumed that the text was Egyptian. 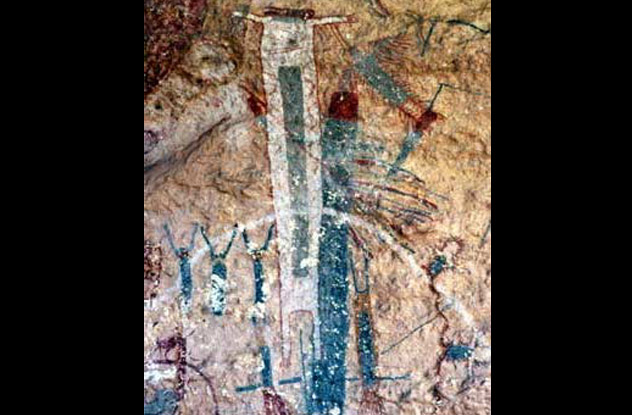 The ancient cultures of the Americas still hold many secrets, and one way to decode them is by studying rock paintings. Near the Pecos River in Texas’s Lower Pecos Canyon is one of the oldest and most significant of these paintings—the White Shaman. A 7-meter (24 ft) artwork dated to over 4,000 years ago, the White Shaman is thought to offer information regarding an ancient lost religion.

Controversy surrounds the rock painting’s meaning. Up until recently, most archaeologists agreed that the artwork depicted five human figures in battle or during a pre-battle ritual. However, one archaeologist now claims it shows people communicating with the spirit world, specifically through the use of peyote. 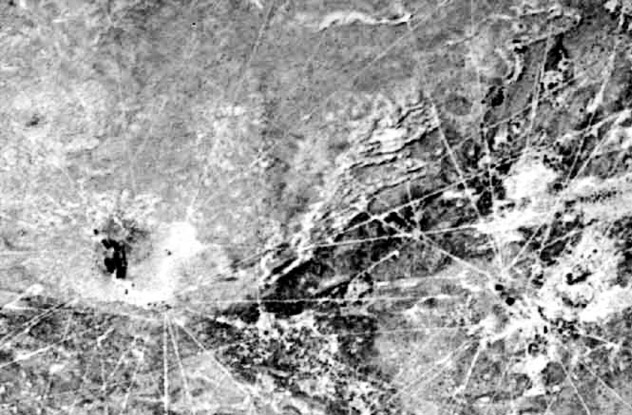 Anyone impressed with the Nazca Lines or the Paracas Candelabra should learn about the Sajama Lines in Bolivia. They, too, are a collection of lines etched into the ground, but they dwarf other geoglyphs in sheer scope.

Sajama has thousands, maybe even tens of thousands of different lines that range from 1–3 meters (3–10 ft) in width and can be up to 18 kilometers (11 mi) in length. The lines cover an area of almost 7,500 square meters (70,000 sq ft)—roughly 15 times larger than the famous Nazca Lines. Despite their giant scale, very little research has been done regarding the Sajama Lines. The true size of the network had been very difficult to gauge until recently, when satellite imagery became available.

The lines are astonishingly straight despite their length, natural obstacles, and the area’s rugged topography. No records detail the lines’ construction, but they are most likely prehistoric, built over countless generations.

The Tartaria Tablets: A Mathematical Interpretation

These three small stone tablets, found in a Romanian village, might feature the earliest form of writing ever discovered.

Most archaeologists used to agree that several regions developed writing independently between 3500 and 3100 B.C. The earliest examples we could find showed photo-writing from cultures such as the Sumerians in Mesopotamia. However, if the Tartaria tablets are genuine, then they predate the other discoveries by 2,000 years.

In that case, the earliest writing belongs to the Vinca civilization, a Neolithic culture present throughout southeastern Europe between 5500 and 4500 B.C. Various other artifacts from that era belonging to the Vinca culture have been found, also with symbols on them.

The mystery regarding the tablets comes from their age. Initially, museum employees baked the clay tablets to better preserve them. The process rendered accurate carbon dating impossible. So at first, they appeared to be from around 2700 B.C. Only recently have newer tests suggested that they are much older. 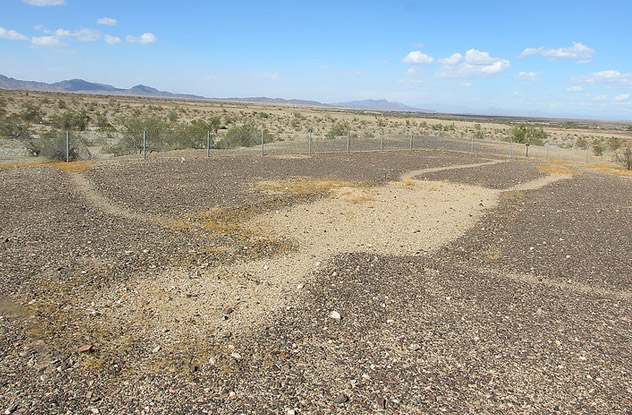 The Blythe Intaglios are a collection of dozens of geoglyphs found in the Colorado Desert near Blythe, California. They show various representations of animals, geometric shapes, and giant humans, the largest depicting a 50-meter (170 ft) man. The true scope of the geoglyphs was unknown until 1932, when it was viewed from the air.

Based on their location, they were likely constructed by the Quechan or Mojave Indians. The etchings are supposed to represent important figures from these respective cultures. Two, for instance, are thought to represent Mastamho and Kataar, two creator deities found in Mojave culture.

But we still know remarkably little about the carvings for certain. They could have been made as long as 10,000 years ago or as recently as 450 years ago.

3The Death Of Alexander The Great 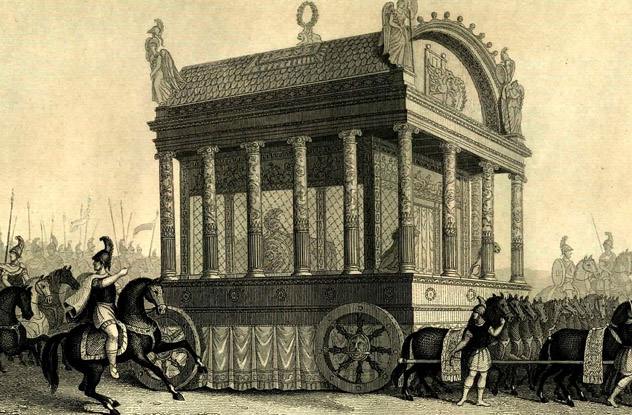 Even though Alexander the Great is one of the most famous and most well-documented figures of the ancient world, a lot of mystery surrounds his death. Most experts agree on the time and place—June 10, 323 B.C. at the palace of Nebuchadnezzar II in Babylon. The cause of death, however, remains far from certain.

For a long time, we thought Alexander was poisoned. Viable suspects abounded—his generals, his wife, his half-brother, and more. All we know for certain is that Alexander fell ill suddenly and spent two weeks in bed with a high fever and abdominal pains before dying.

Yet his death may have been the result of an illness instead of foul play. This still leaves many potential candidates to explain the symptoms: viral hepatitis, pancreatitis, endocarditis, or maybe something else altogether. Recent theories also suggest that he could have been the victim of an infectious disease like typhoid or malaria.

Even more mysterious is how his death was foretold by the Chaldeans, who warned him he would die if he entered Babylon. Not only that, but Calanus, an Indian philosopher who accompanied Alexander’s army, told the young conqueror on his own deathbed that the two would meet again in Babylon (this at a time when the army was headed nowhere near the city).

Read more about the fascinating life of one of history’s greatest military leaders in Alexander the Great: The Macedonian Who Conquered the World at Amazon.com!

2The Minaret Of Jam

The Minaret of Jam in Afghanistan is admired by many for its beauty and complex design. The 64-meter (210 ft) tower is still in good condition today, even though it was built sometime in the 12th or 13th century using baked bricks. The intricate decorations and inscriptions are still clearly visible. This alone was enough to get it declared a UNESCO World Heritage Site.

The unknown date of the minaret’s construction makes its purpose a unclear. An inscription notes when it was built, but it cannot be read with certainty. We just know the tower was built by the Ghorid Dynasty at the height of its glory, when it ruled over parts of modern Iran, Pakistan, Afghanistan, and India.

The most intriguing theory regarding the Minaret of Jam is that it might have belonged to the lost city of Firozkoh. Also known as the Turquoise Mountain, the city was the capital of the Ghorid Dynasty and one of the greatest cities in the world. But it was completely destroyed by Ogedei Khan, son of Genghis, and its location was forever lost. 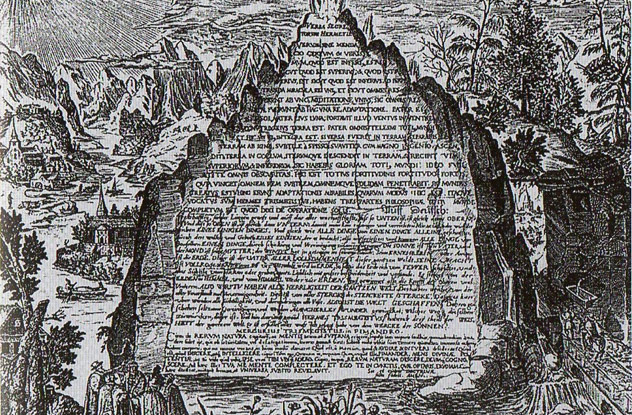 The Emerald Tablet remains the most mysterious item on this list because, unlike the others, it does not exist anymore. We do not know its author, origin, or location. We do not even know exactly what it looked like.

All we know is that the first documented mention of the Emerald Tablet dates to an old Arabic book sometime between the sixth and eighth centuries. The earliest Arabic translations claim that the original text was in ancient Syriac. The first Latin translation of the text appeared in the 12th century, and multiple other translations have been made since then (including one by Sir Isaac Newton).

The text is considered the most important document in the field of alchemy. It is prized by alchemists because it supposedly presents information regarding the philosopher’s stone, a substance able to turn base metals into gold. But despite allegedly holding such valuable information, nobody has ever successfully used the Emerald Tablet to achieve that alchemical feat.

Radu enjoys reading and writing about all things weird and wacky. Tell him stuff at [email protected] or say hi on Twitter.

10 Mysterious Disappearances in the Alaska Triangle