Once upon a time, there were nine human species. They did not eat bananas all day. Prehistoric hominids have displayed moments of genuis, courage, and hardcore survival instincts. They knew just where to sit out cataclysms, when to fight other human species and when to live together in peace. From unexpected facts to curious mysteries, here are the best tidbits about human ancestors to read about today.

10 They Burnt Their Beds

Border Cave in South Africa was once home to an early community of humans. Around 200,000 years ago, these individuals were the ancestors of modern humans about to appear on Earth. When researchers examined the cave in 2020, they found something interesting. The cave dwellers torched their beds.

Besides confirming that they produced fire at will, it also showed that they were pest-control experts. The ashes of the old beds were layered into new bedding together with insect-repelling plants. Today, we know that ash is deadly to insects because it blocks their breathing. But without knowing the finer details, this group understood the value of ash as a means to keep their beds pest-free.[1]

9 The Face Of A Rare Ancestor 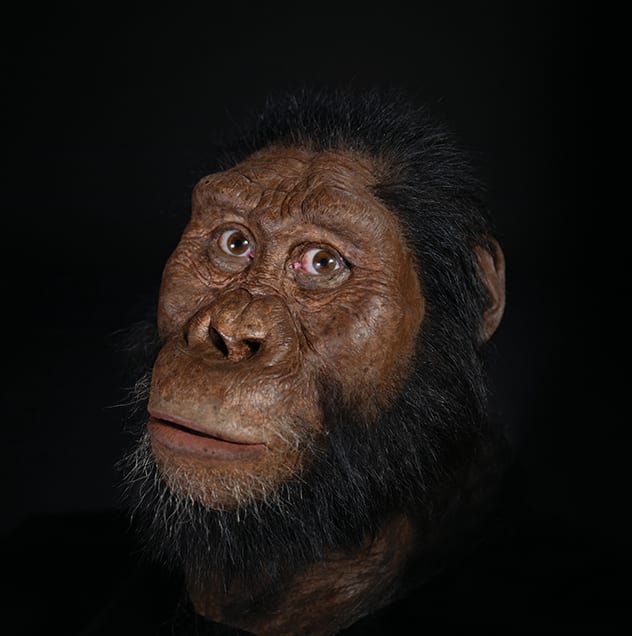 The ancestors of the Homo species were the Australopithecus group. Their most famous fossil is Lucy, a female member of A. afarensis. But this ultra-ancient crowd is often shrouded in mystery. Indeed, when the bone fragments of another species were found, A. anamensis had no appearance. The discovery only included teeth, limb bones and a few skull pieces. This was not enough to give the world a face.

Researchers went to work in Afar, Ethiopia. During 2019, the rest of the cranium was found. At the end of the day, a small skull was pieced together and facial reconstruction revealed an ancestor that was more ape-like than human. But the unique creature was invaluable for another reason.

Aged 3.8 million years, it was the oldest species of the Australopithecus group. As such, it closed a frustrating gap in the fossil record. For years, there was no link between Australopithecus species and the earliest human ancestors who lived 6 million years ago. The Ethiopian fossil bridged this gap.[2]

Around 300,000 years ago, there were nine human species. Roughly 10,000 years ago, eight were gone. The mass extinction had never been fully explained. But the sole survivor, Homo sapiens (the direct ancestor of modern humans) could be responsible.

All eight branches started going downhill when H. sapiens first emerged from Southern Africa. The new human species was ferocious and caused one of the biggest animal extinction waves on the planet, which included the woolly mammoth. It is plausible that the wave affected other types of humans too.

Why would Homo sapiens do this? Researchers believe that the modern tendency to practice genocide, fight over territory, and exploit resources is nothing new. As their tribes grew, in all probability, so did the violence to eliminate the other two-legged competition.

Interestingly, Neanderthals lasted the longest. A few millennia, in fact. Some of their skeletons also show marks of warfare. Both the longevity and battle scars suggest that Neanderthals did not go quietly.[3] 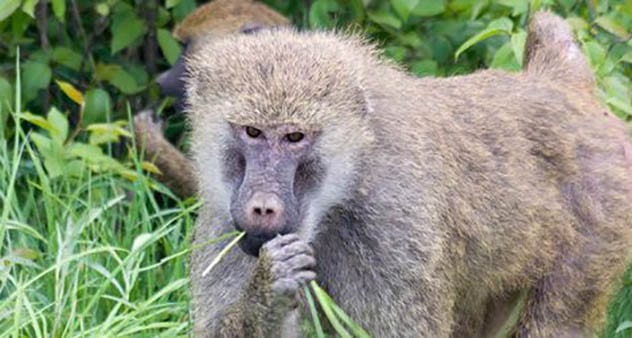 Humans did not always creep up on antelope. Millions of years ago, our ancestors grazed through grass and called it dinner. But things are not quite that simple. The only leaf-nibbler among human ancestors might not even technically exist.

Meet A. bahrelghazali. Discovered in Chad in 1993, the 3.5-million-year-old jaw resembled another known species—A. afarensis. But since the remains were found far outside of the region where all A. afarensis fragments have been discovered, somebody decided that this was a different species. The decision remains controversial. But whatever this thing was, it was a primitive human and its teeth showed that it mainly snacked on grasses and sedges.[4]

6 They Walked On Pyroclastic Flow 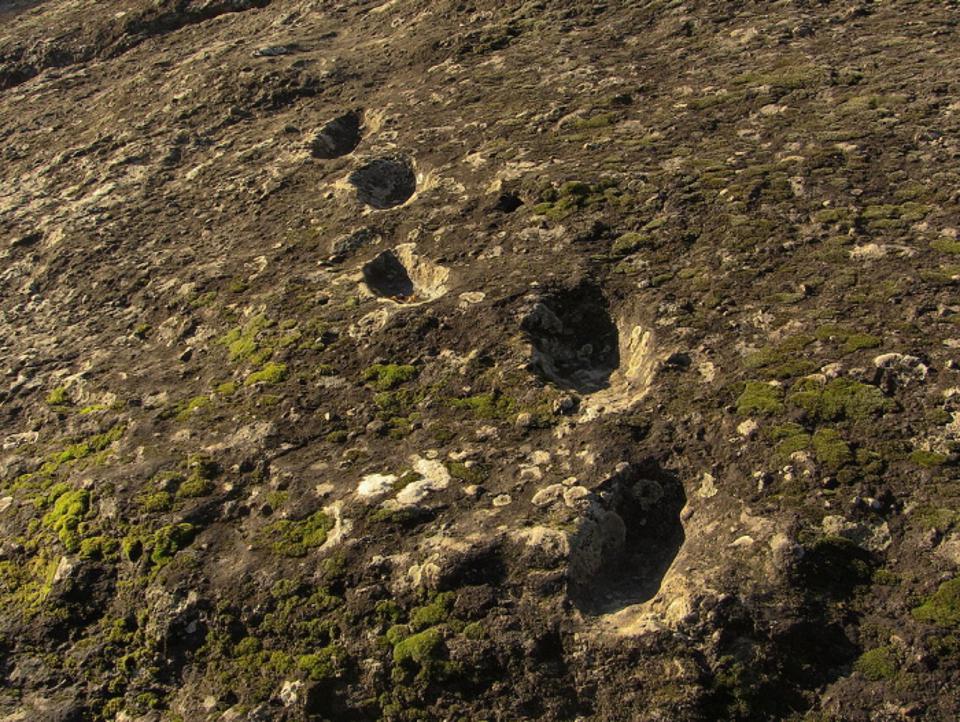 Pyroclastic flow is not really something one should stroll over. Volcanoes send these rapid avalanches of ash, debris, and searing heat down their slopes during eruptions. The speedy clouds are among nature’s deadliest phenomena. The deposits that blanket the landscape afterwards are so hot that nobody can walk or drive there for some time. Around 50,000 years ago, a group of hominids dared to do exactly that.

The fossilized footprints were found in 2001 near the Italian town of Roccamonfina. The shape and length of the strides suggested that Neanderthals travelled at a relaxed pace through fresh pyroclastic deposits. The latter was hours or days old and the volcano was probably still grumbling, neither of which seemed to bother the group. It remains unclear why they entered such dangerous territory. They might have been curious. Or perhaps it was all business; a rescue party searching for victims or toolmakers looking for volcanic rocks to use in their trade.[5] 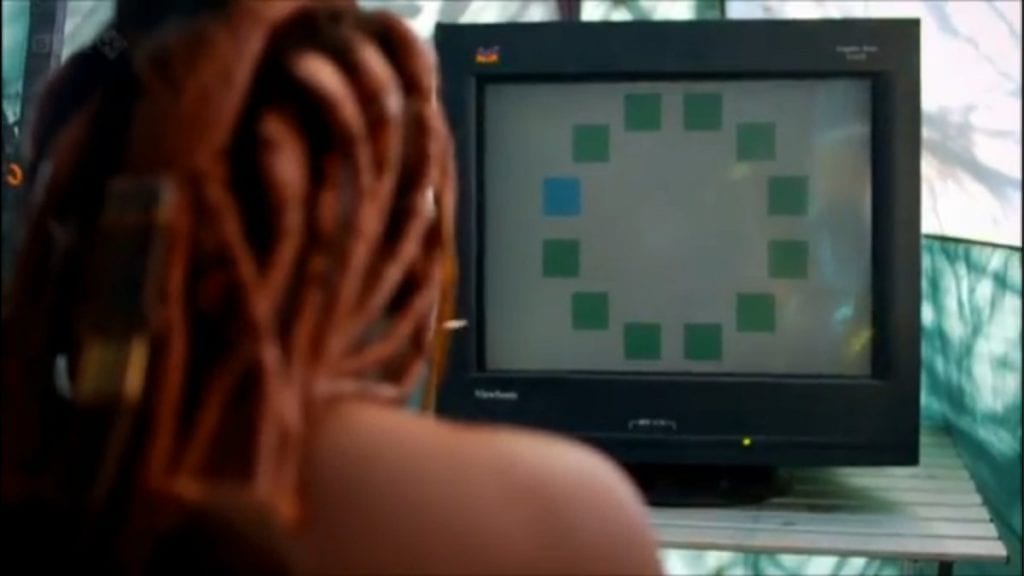 Old scripts never mention the color blue. Not even those written in ancient Arabic, Hebrew or Chinese. The Egyptians were the first to write down a description of blue after they invented the first blue dye. Once that happened, the world seemed to awaken to the color. The question is this. Was blue so scarce that nobody wrote about it or could early humans not see the color?

There is a chance that our ancestors could not recognize blue shades. After all, the sky is a vivid blue and right there for everybody to see. From the first Lucy to the last Neanderthal, they must have gazed upward at one point and noticed the sky’s color. This could explain why nobody wrote about blue until the Egyptians came along with their blue dye but why everybody suddenly then noticed the color also remains unclear.[6] 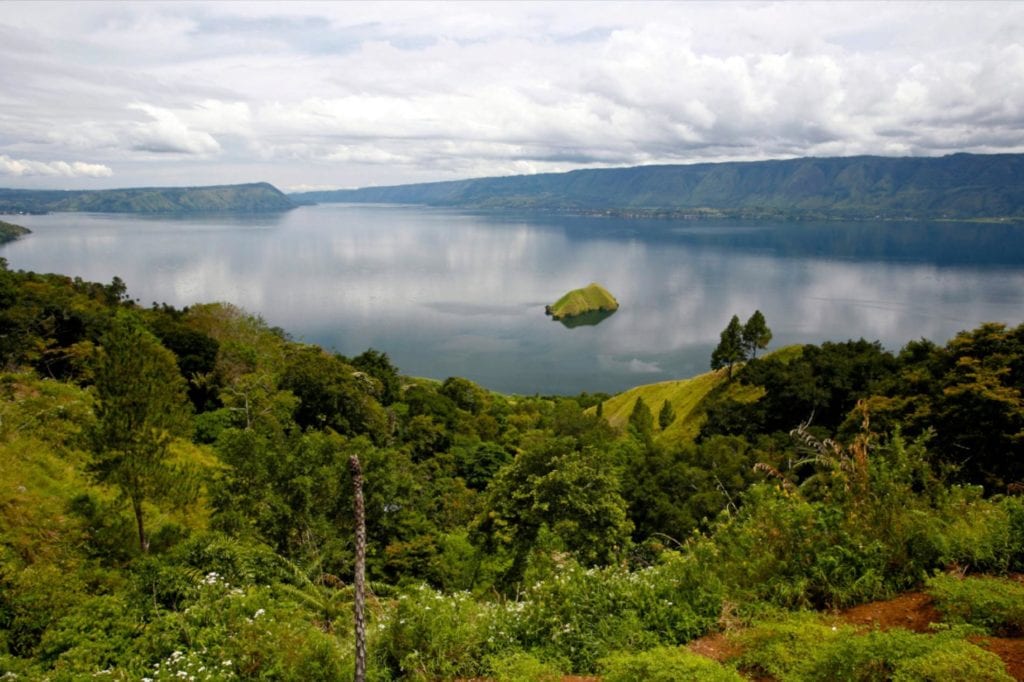 Around 74,000 years ago, a volcano lost its temper. When Mount Toba blew on the island of Sumatra, it was the worst volcanic eruption in the last two million years. The sheer amount of rubble and ash in the atmosphere caused temperatures to drop. What followed was a volcanic winter so severe some experts believe it drove humans to the brink of extinction. One of the affected areas was southern Africa.

A few years ago, Toba’s ash and glass were found at two sites in South Africa. Pinnacle Point and Vleesbaai showed a remarkable thing. The people who lived there, during and after the supervolcano’s tantrum, not only survived but flourished. Over 400,000 artefacts showed that they continued to hunt, made fire and tools, and stayed at the site for generations. How they survived a chilly event that killed off most of the human race remains unsolved.[7] 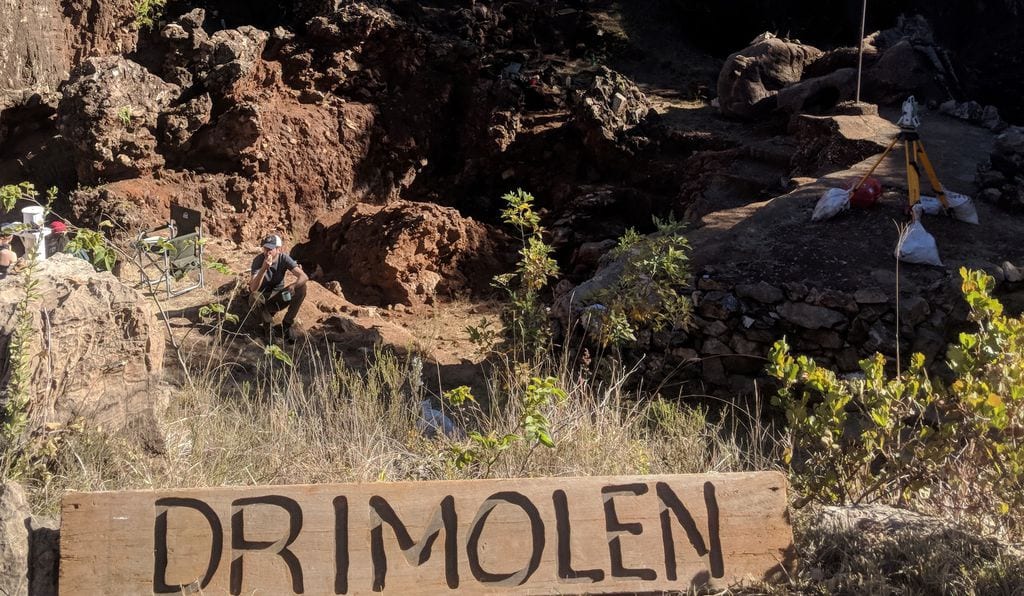 Around 1.9 million years ago, three different human species shared the same neighborhood. This groundbreaking fact was uncovered when their remains were recently found near the same South African cave. At this stage, A. africanus was nearing extinction. Paranthropus robustus was a human species but not an ancestor of modern people. The third species was possibly H. erectus, a group that was just beginning its 2-million-year-long existence.

Found near the Drimolen Paleocave System, nobody knows how much the groups interacted but there were no signs of violence. The jury is also undecided about the H. erectus skull but if the noggin belongs to one of them, then this will not only be the oldest H. erectus ever found but also a mystery. This species is more considered a native to East Africa. What was it doing in this cave? Perhaps they originated in southern Africa. On the other hand, an early group could also have migrated south into a neighborhood already occupied by much older human species.[8] 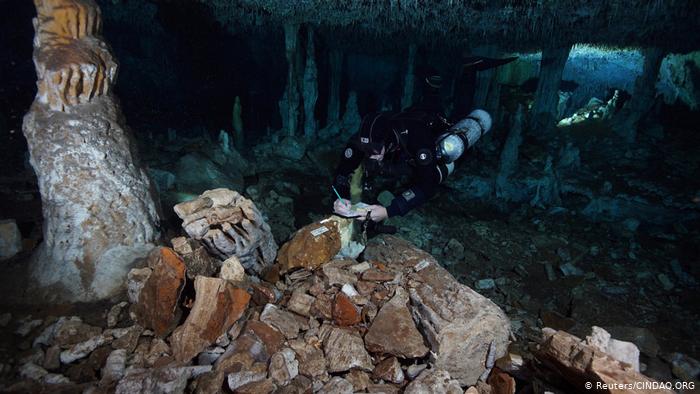 Some of the first people in the Americas lived in Mexico’s Yucatan Peninsula. For years, their skeletons showed up in certain caves but nobody could explain their presence. In 2020, divers were exploring the caves, which had been underwater for thousands of years, when they found the mine. Since most of the human remains were found nearby, researchers are confident that the bones belonged to miners.

The mine was huge, running 7 kilometres (4.3 miles) into three different cave systems. The first ocher was extracted around 12,000 years ago and people continued to mine this prized pigment for the next 2,000 years. The end of the Ice Age flooded the site and kept it underwater for 8,000 years (and counting). Remarkably, the undisturbed mine gave a pristine look at the miners’ tactics, including how they broke the floor, what tools they used, and how they navigated the darkness with stone cairns and fire pits.[9]

1 Eden Was In South Africa 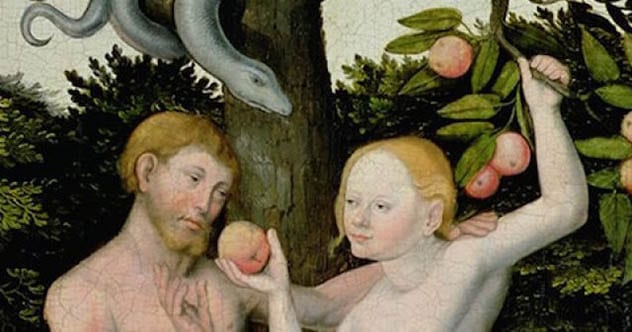 Remember Pinnacle Point? That place where humans survived the Toba eruption? That one. A long time before the volcanic winter arrived, around 170,000 years ago, the earliest modern humans already lived in the caves. Scientists spend years trying to piece together their lives and the environment when the latter revealed something surprising.

The need to migrate is hardwired into some animals. But this place nurtured a unique ecosystem that caused herbivores to abandon their migratory instincts. Antelope enjoyed constant good weather and a seemingly endless supply of food and water. The cave community also did not have to travel far to pick up meat or water. It was the proverbial Eden for both humans and animals. There might even be a chance that Pinnacle Point regained a degree of this perfection thousands of years later—and gave the Toba survivors a place to sit out the volcanic winter.[10]