Criminal punishment in most of the Western world is fairly straightforward today; most who have committed a crime can simply expect either a fine or varying amounts of prison time based on their misdeed’s severity. These, however, haven’t always been simple facts.

History is full of cruel and—more importantly in this case—often extremely strange punishments and legal proceedings, ten of which we’ll be examining right now.

The strange “drunkard’s cloak,”‘ also known as the Newcastle cloak in the north of England, was a method of punishment given to repeat-offender alcoholics who apparently could not behave after drinking.

The strange idea was pretty simple. Take a massive, heavy wooden barrel typically designed to store alcoholic beverages, cut necessary holes for the head and limbs to fit through it, and force the offender to wear it for an extended period while marching through the local streets, presumably resulting in public humiliation.

The townsfolk would act hostile and ridicule those who wore these “barrel shirts,” treating it as a local event of sorts. To add insult to injury or perhaps injury to insult, the heavy garment may have caused more than a few injuries and a decent amount of physical stress on the wearers’ bodies. If nothing else, it may have been an excellent deterrent, at least.[1]

Wearing an odd-looking mask designed to make the wearer look ridiculous is a fairly lighthearted idea for punishment, and as such, it was used for equally light crimes.

The masks were made of cold metal and would feature animalistic or just simply odd designs, and many of these pieces of headwear are now displayed in museums today.

Shame masks were frequently used to punish women and were also referred to as a “scold’s bridle” since they were often meant to punish what was considered the social crime of local women’s gossip. Other reasons for the punishment included dishonesty, eavesdropping, and gluttony, which would all result in time wearing these masks, which were meant to be a humiliating deterrent.

Interestingly, the designs would differ depending on the crime, with those punished for lying receiving masks with longer noses, for instance. The people wearing these were sometimes led around in chains as a crowd was called with a bell so many could witness the strange display.[2] 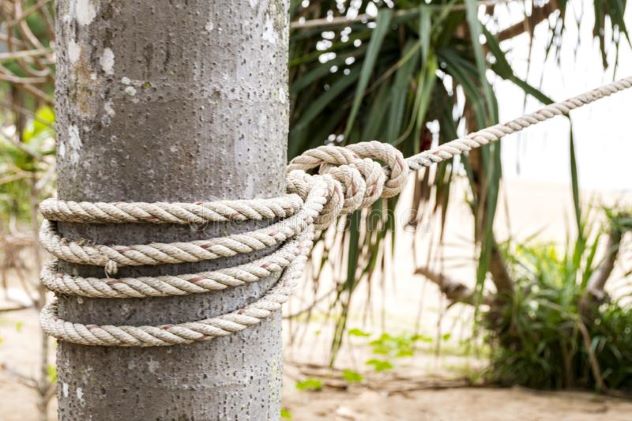 A bit of a warning to any sensitive readers on this one as, despite what the innocent title may suggest, this method of punishment was particularly gruesome.

Thievery is a crime many look down upon, certainly, but not one most would consider requiring one of the most gruesome and strangely creative forms of execution in history. Devised and heavily used in the ancient Persian empire, offending thieves were to be killed using two trees.

The trees were bent back unnaturally and secured in their position with ropes. Then the unfortunate criminal was tied to them. His left limbs to one side and right limbs to the other. The ropes holding the trees in place were then cut, and the thief—who now surely heavily regretted his actions—was torn apart by force as the trees returned to their upright position. If nothing else, at least it was supposedly pretty quick.[3]

BIZARRE Things The Ancient Egyptians Did!

A person’s face is what jumps out to us most when meeting someone—the most expressive and unique area of the body. So it’s not actually surprising that it’d be a target of creative punishment.

Ancient Egyptians certainly thought it made sense, at least, when they devised their punishment of nose amputation. The odd and cruel act would leave the victim alive but impair their quality of living and was seen as greatly damaging to their personality and self-expression.

As such, the victims became less social and lost their standing in society, even seeking out the earliest forms of plastic surgery. Similar methods were largely unhelpful, however, so the punishment, unfortunately, remained effective. Often a punishment for adultery, the Egyptians weren’t the only ones to use this punishment. Historical records show it was used by the Greek, Roman, and Byzantine Empires, as well as being identified in Hindu and Pre-Colombian American civilizations.[4]

6 Cooked in a Metal Bull

The Brazen Bull (Worst Punishment in the History of Mankind)

Quite possibly the most gruesome entry on this list and considered by some to be the most horrible punishment and method of torture in history, what’s known as a brazen bull is an ancient Greek invention.

The victim would be placed inside an ornately crafted bronze sculpture of a bull with hollow insides, which would be heated up, cooking the person held in the bull’s stomach. To make it somehow even more terrifying, apparently, the bull had very specifically designed acoustics that would make the poor criminal’s screams of agony sound very much like the sound of a real bull, according to historical reports.

Reportedly, the creator of the device eventually fell victim to the method as well, which was typically reserved for the worst of crimes and meant to be used partially to deter people from committing them in the first place.[5] 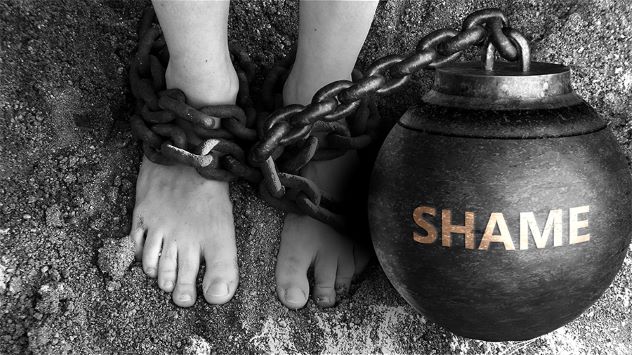 Now to a method of punishment that has caused some modern controversy due to its implementation in HBO’s Game of Thrones. The show featured characters punished by a naked walk of atonement in public, an idea many people found to be silly, unrealistic, and simply there to appeal to people looking for certain adult themes.

While something being real doesn’t necessarily make it a right fit for a story—just as something being fake doesn’t make it inherently unfit for one—this scene does actually have a basis in history.

In medieval France, people who committed adultery were forced to go on a naked walk of shame, receiving public scrutiny, humiliation, and a ruined reputation. The act was apparently particularly focused on the women, but the men they had affairs with were also present to receive the same odd punishment.[6]

The Blood Eagle – Worst Punishments in the History of Mankind

A method of punishment so graphic and odd that historians argue it may not have even been real—the “blood eagle” is an ancient Viking punishment that receives just as much interest as controversy.

To put it in a plain yet still unfortunately horrific way, the method involved keeping the victim alive while their back was sliced open, their ribs broken, and organs arranged in such a way that they resembled bloody, bony wings sprouting out of a person’s back.

While there are historical records of the method, many historians consider it so gruesome, cruel, and difficult to pull off that its very existence is heavily debated to this day. Whether it was real or not, it certainly makes for a terrifyingly effective story and, perhaps, fits the frequently perceived culture of the time.[7]

Yakuza Are NOT the Original Reason Why Tattoos are Taboo

Japan is frequently present on lists regarding unique cultural practices, and as such, it was bound to have a spot here as well. The reason, thankfully, is one of the least gruesome ones we’re discussing today.

Getting a tattoo seems like a personal, aesthetical choice today. In the Edo period of Japan, however, it was a way to mark criminals to ensure that even if they were taken back in society, people roughly knew who they were dealing with, denying them an opportunity for employment, good standing in society, or starting anew with a clean slate.

The severity and type of crime would result in different tattoos; murderers would receive very noticeable markings on their heads, while thieves may walk away with a simple arm tattoo. This punishment and more recent connections to Yakuza are also the most likely reasons tattoos are stigmatized in Japan to this day.[8]

The 80-Year-Old Who Was Tortured to Death for Being a WIZARD: Giles Corey

Also known as “peine forte et dure,” French for “strong and hard punishment,” those who remained silent after a felony or refused to confess or engage with the legal system at the time were to be crushed to death by rocks, apparently.

The punished folk were to be laid on the ground and stacked with a gradually increasing amount of heavy stone weights that would slowly and painfully become their demise.

A famous and horrific example of this is Giles Corey, an 80-year-old man who refrained from entering a plea and actually standing trial at the infamous Salem witch trials—not wanting to forfeit his family’s goods—silently accepted his execution for suspected witchcraft.[9]

When Animals Were Punished in Court – IT’S HISTORY

Crime is a very human concept. The idea of an animal going on trial and then receiving legal punishment is one most people would expect from a cartoon, certainly not reality. That conception, it seems, is confoundingly wrong if we were to apply it to history.

Animals that harm humans today may be euthanized, but in the past, the procedure was often vastly different. Dozens of official, legal trials have taken place all across Europe, primarily between the 14th and 16th centuries, resulting in very human punishments for what was typically livestock.

A very famous—or perhaps infamous—case of this is the execution of a female pig for the horrific crime of killing a young child. However, the details that make this case more bizarre than sad are that the sow’s children were apparently acquitted on the count of being accomplices, largely because they were too young. Another 14th-century pig, charged with killing a baby in its cradle, was found guilty of the horrendous crime. A fittingly strange detail to close the case is that the pig was dressed up as if it were human in a period-accurate waistcoat and breeches and taken to the gallows to be hung.[10]