Sex has always defined us as a species, our treatment of sex a colorful Kama Sutra kaleidoscope. And the idea of sex has been enough to alter the course of history and change lives.

10The STDs Of The Great Wars 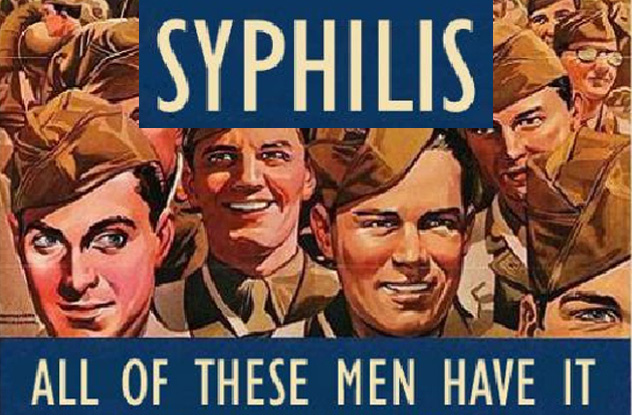 Many of us think of bombs, flying bullets, and battle wounds when we look back at the damage done during war, but there was much more to fear than metal and chemical gas during World War I. On any given day, 18,000 men were incapacitated by venereal disease. In World War II, gonorrhea and syphilis ravaged the troops, and though fatalities were rare thanks to penicillin, STDs were still very unpleasant and debilitating.

Even before men were entering foreign lands (and the ladies who lived there), troops were contracting STIs from local women. The Civil War saw much bloodshed, brother against brother and brother against brothel. Hordes of resourceful women would follow an army, becoming prostitutes when the opportunity arose. The result was clear and widespread: Over 100,000 soldiers were diagnosed with gonorrhea, and around 80,000 were diagnosed with syphilis.

So remember, as a famous World War II poster once read: “Don’t forget—Put it on before you put it in.” 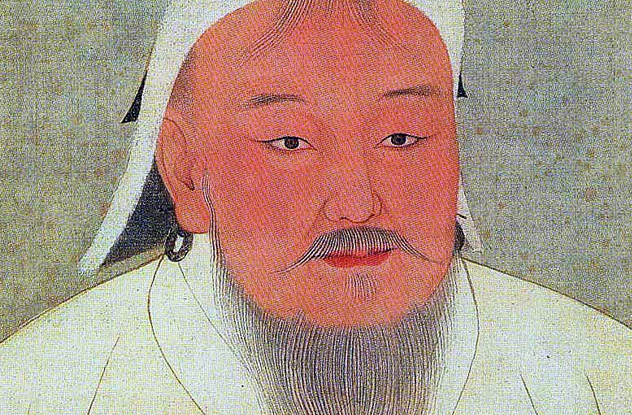 Mongols. We know them, we love them, and it just so happens that many of us may be related to their greatest leader. A recent study of DNA revealed that a surprisingly high percentage of men may share a common genetic root in Genghis Khan. According to some estimates, 1 out of every 200 men is a descendant of the great Khan. That’s a whopping 16 million people.

While this seems unbelievable, the 13th-century gene pool was much smaller than today’s, and the Mongol king seemed to spend most of his time having sex with lots of different women. Historians have no definite number as to how many children Genghis fathered in his lifetime. Some estimate hundreds. Others even give figures in the thousands.

Only the four children birthed by his wife have been well documented because they were the only ones seen as his true heirs, and they certainly did their part to spread Mongol DNA. The Khan’s eldest son, Tushi, had 40 legitimate sons and possibly many more illegitimate children who missed the headcount. Kublai Khan, Genghis’s grandson, had 22 legitimate sons by his wives and supposedly added 30 women to his harem every year. With such numbers, it’s easier to see how 16 million people could be descended from this one man. 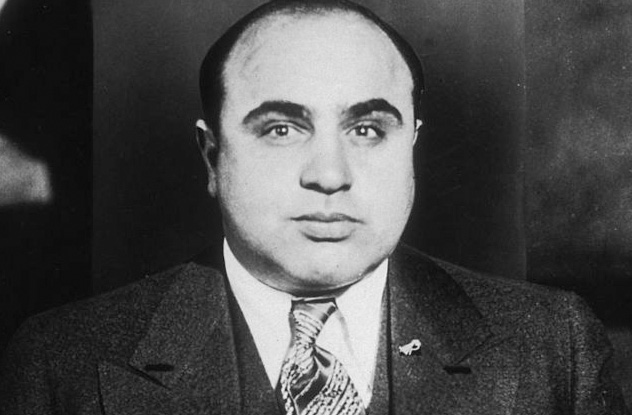 Al Capone was the gangster. He cast his shadow of excess, crime, and vice over the whole of Chicago in the 1920s and ’30s. After years of racketeering, Capone’s luck finally ran out when the feds found a charge they could actually pin on him: tax evasion. First sent to Atlanta Prison, then to the infamous Alcatraz, the gangster bided his time trying to get out of his 11-year sentence a little early for good behavior.

While his strategy worked, Al Capone could not fully enjoy his victory over the US justice system. This public enemy met his end on January 25, 1947, when the advanced stages of syphilis claimed him. The last of his crime network fell before he was even buried in the ground.

7Kinsey And His Research 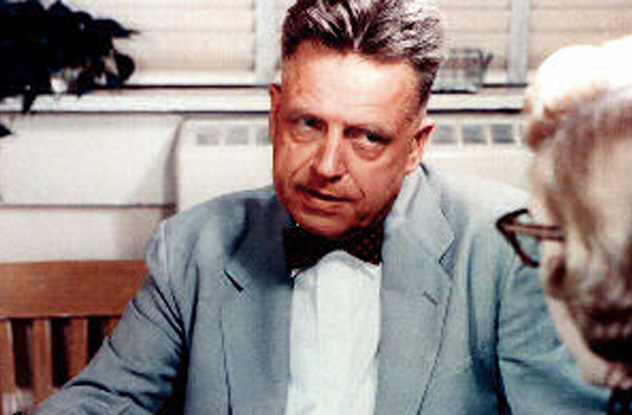 Alfred Kinsey was a Doctor of Biology from Harvard, a well-respected scientist, and a world expert on the gall wasp, yet he gave it all up for a far more needed and controversial field: human sexuality.

Kinsey, on request, began to teach a class on marriage. Students, thinking him an expert in such matters, asked him questions about sex. Seeing the absolute confusion and fear most college students had over sex, and unable to answer their questions, Kinsey took to researching the subject.

This was easier said than done. The ’30s, ’40s, and ’50s were a dark time for sexuality, and Kinsey met opposition from all sides. Some called him a pervert, using science for his own thrills, some called him immoral, and his own very religious father was taken aback by the nature of his son’s interest. In the communist craze of 1954, Kinsey was accused of trying to corrupt America and democracy with perverse information.

Even so, his first book, Sexual Behavior in the Human Male, was a huge success and sold 500,000 copies. The US was abuzz with sex—never before had information and hard numbers on sex been so available to the public.

6The Quest For Aphrodisiacs 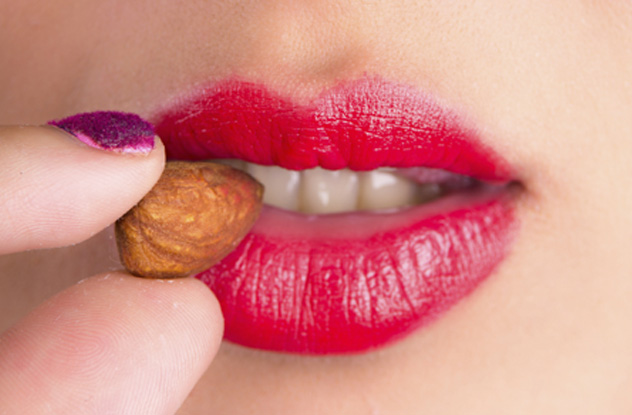 Asia is notorious for animal trafficking. Clients pay good money for a threatened or endangered animal if they think it will add a spark to their love life. In recent years, though, it is hoped that the advent of effective impotence drugs will quell the demand for poached animals. Pills are cheaper, legal, and you don’t have to kill the innocent to make sweet, passionate love to your husband or wife.

The hunt for aphrodisiacs has also long extended beyond Asia. Every culture has folk cures and remedies. Many believe that oysters are perfect for generating love between the sheets. Chocolate, avocados, aniseed, figs, radishes, almonds, bananas, caviar, truffles, coffee, basil, abalone, and so many more items have all been revered at some point or another as the Viagra of their time. 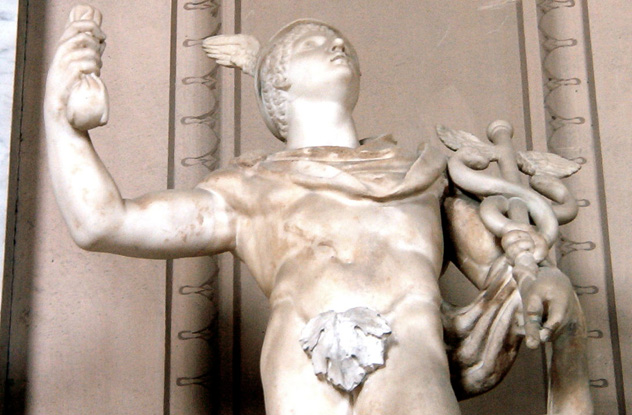 The Vatican is a huge fan of classical Roman art, collecting hundreds of statues with one minor adjustment made to them: hiding their penises. The blatant sexual image was deemed inappropriate for display in a holy place, so each was covered with a fig leaf.

According to a widely repeated urban legend, the Vatican went a step further and actually physically removed the offending phalluses. This tale has led some to even claim that the Vatican has a secret room in their vast complex solely devoted to the storage of these ancient erections.


4Off With Her Head, The End Of A Monarch 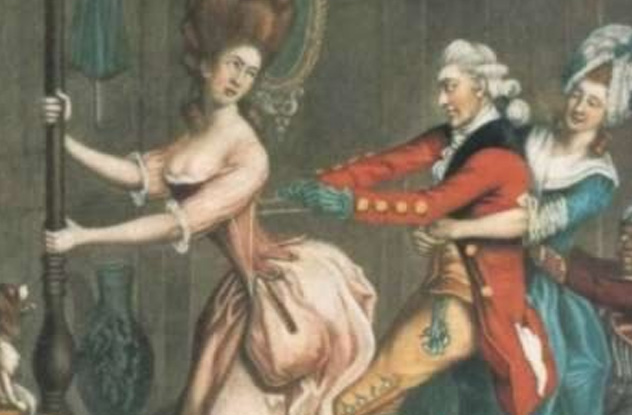 The stories of scandal, sex, and parties that surround Marie Antoinette make it almost impossible to see who she really was or what she really did. Rumors of the day said she was a nymphomaniac who ran France into deficit by blowing money to look extravagant. She took many lovers, said the rumors, and gorged herself on sweets while most of France starved. Pamphlets depicted her performing graphic sexual acts with almost everyone close to her (other than her husband). Perhaps, in this case, the sex that altered the course of history was not factual but implied.

Either way, the French peasants became tired of kings, queens, and famines, and they were desperate for change. So the besmirched Antoinette and her husband Louis XVI were captured and sent to the guillotine. As the blade fell, France was propelled into an age of even more anarchy and unrest.

3The Art Of Courtly Love 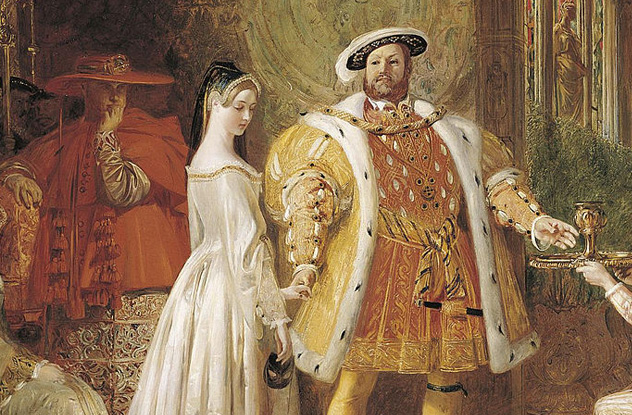 The rules of courtly love in the Middle Ages included such gems as “Love is reinforced by jealousy” and “Public revelation of love is deadly to love in most instances.” The concept appeared throughout English literature, commonly seen in gentleman protagonists longing for courtly women out of their range. Such stories reduced knights to schoolboys, fantasizing about women and not knowing what to do with themselves.

The most infamous true-life example of courtly love happened between Henry VIII and Anne Boleyn. Henry and Anne’s flirtations grew into a serious relationship, though Henry was already married. Henry displayed extreme jealousy when others engaged Anne (“jealousy reinforces love”), and his love for her tapered off as she failed to produce a male heir (“love is ever wavering“). And Henry, being such a courtly gent, followed Rule 11: Never love a woman you would not marry.

Most of us know the story from this point on. Henry married Anne Boleyn, even though divorce was illegal, declaring his marriage to Catherine null and void. He split the Church of England from the Catholic Church to be with his beloved. But in the end, this new love was equally fleeting, and soon, Henry’s wife-killing spree began. Such was the way of courtly love. 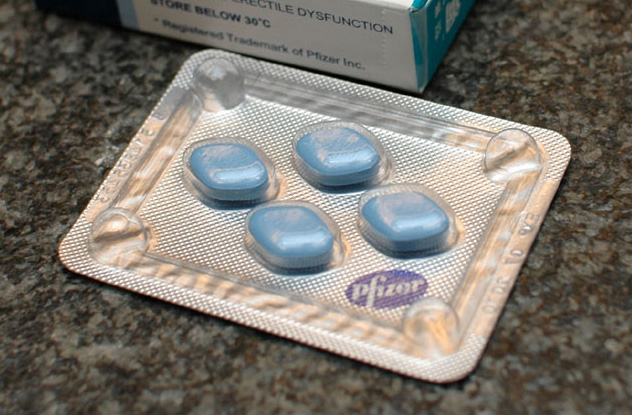 Viagra has led a full and rich life of accomplishment since it hit the market in 1998. The Vatican even approved it a year before it came out, giving it the thumbs up because sex strengthens marital bonds.

The blue wonder pill has revamped relationships and saved marriages, but it has also had an unexpected side effect: the spread of STDs. Specifically, the spread of STDs in old folk’s homes. Since old women rarely get pregnant, the newly virile elderly threw protection to the wind with awful results, leading to a wholly disproportionate rise in the incidence of STDs in retirement communities. 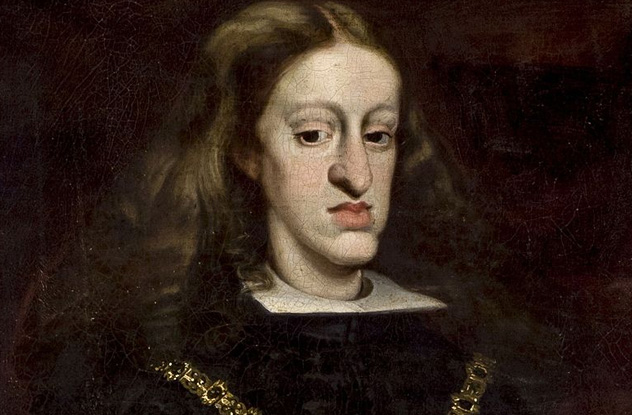 Kings and queens traditionally received the best of everything, including suitors. Royals able to have anything or anyone they wanted often chose people close to their hearts . . . or maybe a little too close.

Cousins or nieces, even brothers and sisters, were all fair game as spouses so long as they were of royal blood. Egyptian pharaohs, Japanese emperors, Hawaiian kings and queens, rulers of ancient Peru—not to mention royals in Central Africa, Mexico, Thailand, and all across Europe—intermarried and swapped DNA with close relatives.

The Egyptian king Tutankhamen was the product of a long line of incestuous relationships. Tut had a club foot, a cleft palate, and could not reproduce successfully with his wife (his own half-sister).

The Hapsburgs of Spain died out with King Charles II, a small-statured, mentally challenged man who could hardly eat (due to the alleged Hapsburg jaw). His biggest flaw was his impotence, which meant he could not carry on the family line.

Incest-related diseases didn’t end all royal families, but they sure helped ruin gene pools. An increased rate of hemophilia throughout Europe may be traced back to the royal English. Even today, royals must beware of whom they marry because they just never know what their insane, Russian roulette DNA will do if combined with a somewhat distant cousin.

I am a student at Albion College studying biology.