You wouldn’t necessarily think of murder as an art form, but there are definitely some creative ways to go about it, from food to spy tools to medieval torture devices. Forget guns and knives! How about a rock-hard loaf of bread instead? These ten criminals and assassins were just some of the more creative murderers history has seen.

Bludgeoning your husband to death with a frozen leg of lamb may not be your go-to, but when opportunity strikes, anything will do. A character named Mary uses this odd tactic in Roald Dahl’s short story “Lamb to the Slaughter.” After her husband tells her that he’s leaving her, something in Mary snaps. Not only is he divorcing her, but he also doesn’t want her to make dinner—he’s going out instead. Reason enough to swing the frozen leg of lamb at the back of his head, right? Eh…

When she came out of her shock, Mary quickly disposed of the murder weapon by doing what any dinner-murderer would do: cooking it. Later on, after going to the grocery store to pick up potatoes, vegetables, and cheesecake for her husband’s meal, she called the police as if she had just discovered him, murdered. When the police arrive, they begin looking for a murder weapon but to no avail. Little do they know that the weapon they’re looking for is what Mary is serving them for dinner. 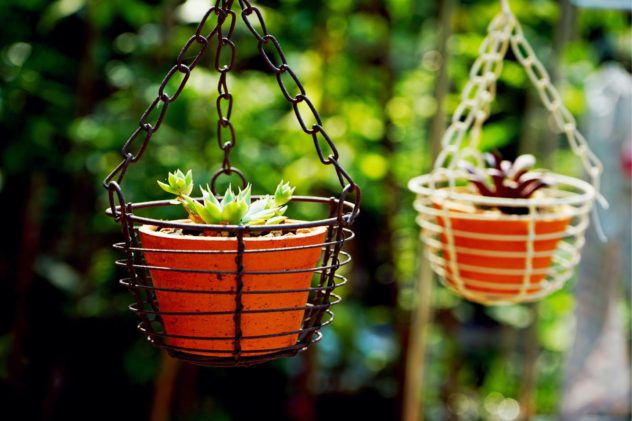 Another fictional murder method, in Dorothy L. Sayer’s “Busman’s Honeymoon,” a former farmhouse owner is killed by his gardener with a plant pot. Newlyweds Harriet and Lord Peter Wimsey discover Noakes’s body while on their honeymoon at the house. Some welcoming gift! The Wimsey’s set out to solve the murder, as any reasonable honeymooning couple would do.

It turns out that not many people cared for Noakes, including a disgruntled gardener who wanted dibs on the money in Noakes’s will. The gardener, named Crutchley, planned to marry Noakes’s niece to do so—and murder him in the process. Crutchley set up a booby trap for Noakes, a weighted plant pot on a chain. When Noakes opened the radio cabinet, it triggered the booby trap and killed the man.

As a result, Crutchley doesn’t live so happily ever after with his money. Instead, a judge sentences him to death by hanging. So ridden by guilt for being the cause of Crutchley’s death, Peter decides this is the last time he will investigate murders.

On September 7, 1978, a mysterious assailant stabbed Bulgarian dissident Georgi Markov in the thigh with an umbrella laced with the poison ricin. Markov was waiting for a bus at the Waterloo Bridge, on his way to finish work for the BBC’s Bulgarian service. After the incident, he returned to his home in South London and fell ill with a fever. Four days later, he died. The autopsy revealed a small ricin capsule in his thigh. Officials never charged anyone with the murder, but Markov told doctors that he thought the KGB had a hand in it.

Ricin is a naturally-occurring poison in castor beans. It is incredibly toxic and stops cells from producing the proteins the body needs to function. The murderer could have slipped the poison into Markov’s tea, but it is the most effective when injected into the body (via an umbrella, in this case).

This wasn’t the first time someone tried to kill using this method. Ten days before Markov’s death, Bulgarian defector Vladimir Kostov was attacked in a Paris subway station. In 2012, the umbrella murder was attempted again, successfully, except this time the poison was mercury, not ricin. 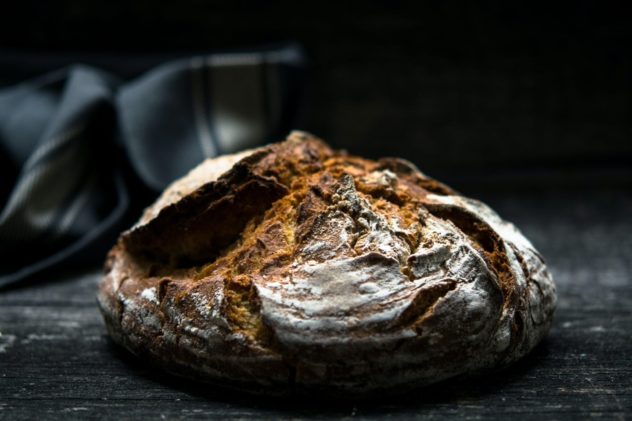 Mary may have used her leg of lamb to commit her murder in Dahl’s story, but people use stale pumpernickel bread in real life. In 1988, Reginald Heimsley-Doddingdale was murdered with a pumpernickel roll that was as hard as an anvil. The lump on the back of Reginald’s head and the bread’s rough texture was enough to do the trick. Unfortunately, the murderer left the bread behind. Though the murder itself was creative, their getaway was sorely lacking. 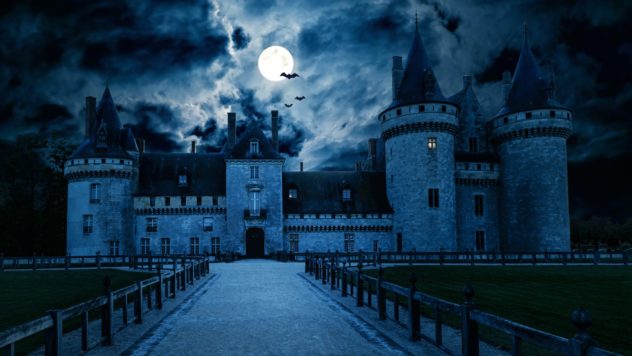 One of America’s first documented serial killers, H.H. Holmes, played the creative murder long game. In 1885, in Chicago, Illinois, Holmes worked at a pharmacy which he later took over—we suspect he killed the previous owner. Close by, Holmes had a three-story building constructed referred to by history as the Murder Castle. It included living quarters and, of course, rooms for torture, and chutes and trapdoors to drop bodies into the basement’s kiln to burn his victims’ bodies.

With the 1893 Columbian Exposition in town, Holmes took the opportunity to open up his Murder Castle to visitors. Unfortunately, many guests did not survive. Most victims were women whom he seduced, stole from, and then ultimately tortured and killed. He often would promise them employment or become engaged to them first.

Officials eventually caught Holmes using a corpse in an insurance scam. He was hanged in Philadelphia, Pennsylvania, in 1896. Police and officials found the remains of about 200 people on his property. 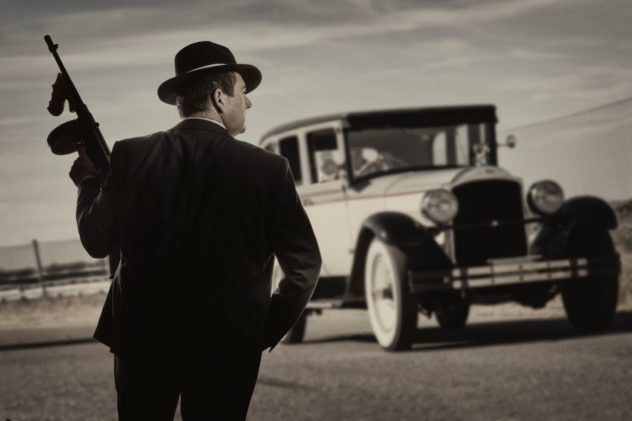 1920s mob gangsters weren’t always the most creative killers, but their trickery gets them the creativity award now and then. Al Capone organized the St. Valentine’s Day Massacre to off his rival, George “Bugs” Moran.

On February 14, 1929, four of Capone’s men met at Moran’s warehouse, where he distributed liquor illegally. Capone convinced Moran that he needed help with a bootlegging job in Canada. Six of Moran’s men, two of whom were mechanics, greeted Capone’s men. When Albert Weinshank arrived, the last of Moran’s men, two police officers, forced him inside the warehouse—only the police officers were two of Capone’s men in disguise. Moran’s men lined up against the wall with their backs to the “officers,” convinced they were arresting them. Two more of Capone’s men came in with submachine guns and killed six of the men on the spot. One died later, bleeding out on a hospital bed.

They never killed Moran, the original target, and Capone was never officially charged with the massacre.

4 Who Invited the Bear? 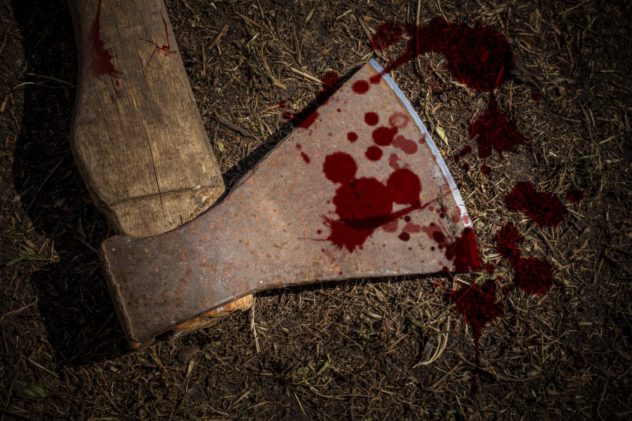 In 1639, Jörg Jenatsch, a preacher-gone-politician during Switzerland’s 30 Year War, was murdered in a hostel in Chur. It was no ordinary murder, however. During a party celebrating his recent knighting, a group of people whose leader dressed as a bear entered the Jenatsch party. The bear then hacked him to death.

The ax belonged to Jenatsch himself and was the same ax he used to kill his rival, Pompeius von Planta. What goes around, comes around…in a bear suit. 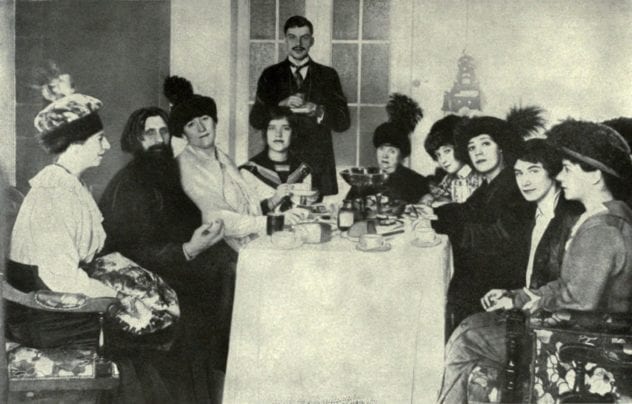 Sometimes murders aren’t creative because they were intended to be creative, but because things don’t go as originally planned. This is the case with the assassination of Russian mystic and holy man Grigory Rasputin in 1916.

Two men, Prince Yusupov and Vladimir Purishkevich, lured Rasputin to Prince Felix Yusupov’s palace in St. Petersburg. Once there, according to legend, one of the men fed Rasputin a piece of poisoned cake. It did not affect him. Then, they tried to shoot him. The initial shots fired at his body and to his head failed. They had to fire four more times to finally kill him. There is another rumor that they had to drown him in an icy lake to get the job done.

The official cause of death is massive blood loss due to a shot in the stomach.

2 A Pack of Cigarettes 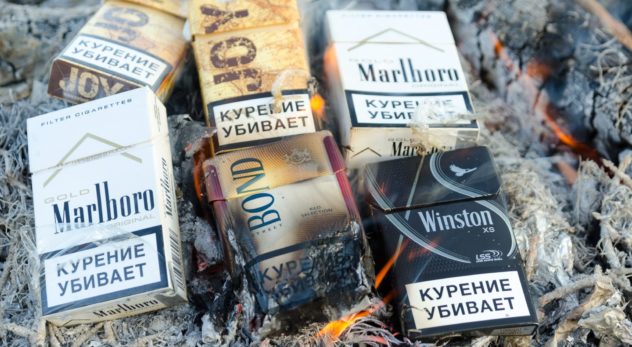 Though this murder attempt was unsuccessful, it uses perhaps one of the most creative weapons to get the job done. Georgiy Okolovich, who lived in West Germany at the time, was the exiled leader of an anti-Communist group in Russia. KGB agent Nikolai Khoklov showed up at his door and told Okolovich that he was there from Moscow to kill him. Instead of killing him, he defected to the U.S. The weapon he was supposed to use was an electrically-operated, silenced gun disguised as a cigarette pack. It fired cyanide bullets.

As punishment for failing to kill Okolovich and defecting to the U.S., the KGB ordered his assassination. Khoklov was poisoned with Thallium—a soft metal rat and ant poison—but survived when German doctors cleaned out his system with antidotes. 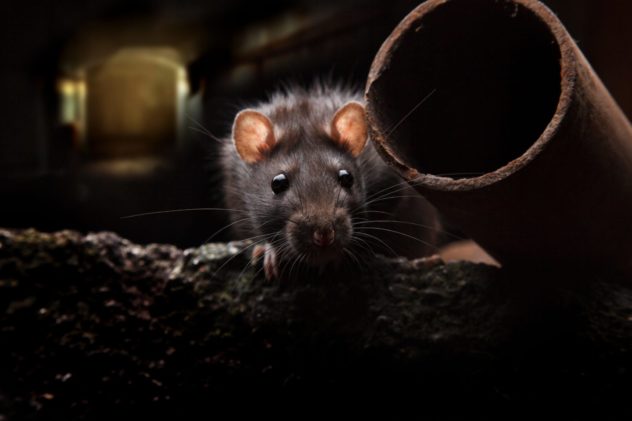 The Medieval period is known for its terrible torture devices and methods of execution, including rat torture. One of the first documented uses of rat torture was administered by Diedrek Sonoy, an ally of William the Silent. He placed a pottery bowl filled with rats upside down on the naked body of a prisoner. Hot charcoals heated the bowl, and in an attempt to escape, the rats chewed their way through the prisoner’s intestines. Creative. And terrible.

The amount of ways people have come up with to murder someone else is horrifying, and these are just ten of them. We certainly hope you will decide to take out your creativity in more productive ways, like songwriting or Legos. Not murder.