Many people have studied body language to figure out what an individual is saying nonverbally through unconscious gestures or movements. Facial expressions and the way someone holds his body are supposed to tell us what a person really means, even if it conflicts with that person’s words.

One area of body language isn’t that difficult to interpret. In fact, the meanings of some hand gestures seem fairly straightforward—like the infamous middle finger. Interestingly, most hand gestures never started off with the insulting, neutral, or positive meanings they have today. Many have changed meanings so much that you may be surprised by their origins. 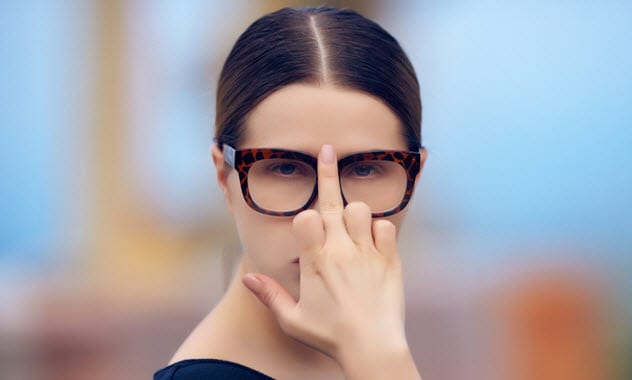 The infamous middle finger is one of the most offensive hand gestures out there. It can mean anything from f—k you to f—k off, go f—k yourself, and shove it up your a—. The sign did not mean any of these when it originated in ancient Greece. The meaning was no better, though. It was used to ridicule a man penetrated during gay sex.

The Greeks called the gesture katapygon. The term spilled over into ancient Latin where it was called digitus impudicus (“shameless, indecent, or offensive finger”). By the 1700s, the gesture meant sexual intercourse or a penis. When used to depict a penis, the fingers on either sides of the upright finger represented the testicles.[1]

Italian immigrants introduced the gesture to the US in the 1800s. At that time, it took on its modern meaning. The gesture became popular and replaced yelling as a method of showing discontent with a person. 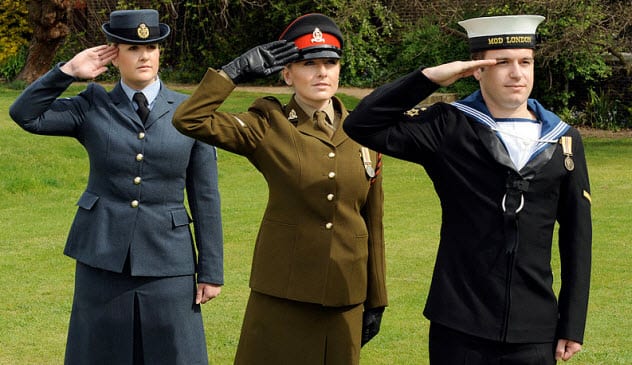 Another theory claims that the gesture originated in medieval Europe when fully dressed knights raised their visors with one hand to show approaching knights that they were friendly. This idea is also disputed. A third undisputed theory claims that British soldiers created the salute. 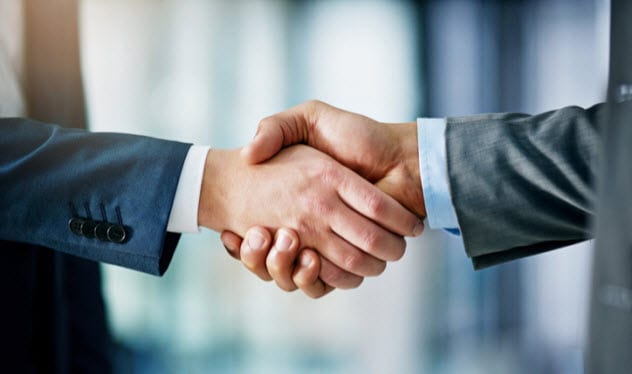 A handshake is the most common hand gesture out there. Like other frequent hand gestures, its origin is somewhat disputed. Many agree that the handshake started hundreds of years ago when men moved around with weapons.

Men in close contact shook their right hands to prove that they did not have weapons on them. They even moved their hands up and down—just as we do today—to make weapons hidden in their sleeves fall out.

Another likely origin indicates that the gesture may have begun as a sign of sealing an oath or promise. An artifact from ninth century BC even depicts King Shalmaneser III of Assyria shaking hands with the king of Babylon to seal their alliance. 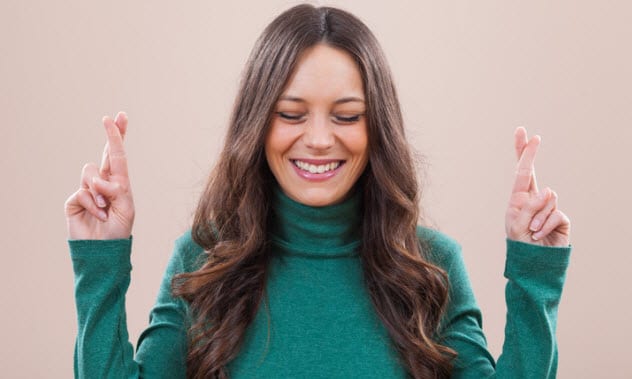 Crossed fingers are used for luck or to indicate a lie or preplanned ploy to renege on a promise. Its origin is disputed, which isn’t surprising as its dual use could indicate two different origins. Some say that the gesture first appeared in pre-Christian Europe.

Europe was a hotbed of superstition at that time. A common superstition was that good spirits lived at the intersections of crosses. If two people made wishes while creating a single cross with their index fingers together, they believed that the good spirits would be inclined to grant their wishes.

Others say that the gesture first appeared after Christianity reached Europe. Christians were persecuted at the time, so they created several secret symbols, such as the cross, for identification. Back then, two people created the cross symbol in a different way. Each made an “L” sign with the thumb and index finger. Then they would cross their index fingers with their thumbs touching.

Whichever explanation is true, the gesture became common during the 14th century when soldiers fighting the Hundred Years’ War crossed their fingers for luck and protection. Soldiers made the cross with two of their fingers because it was sometimes impossible to create the symbol with another soldier.[4]

For the lying connotation of crossed fingers, it is believed that early Christians made the cross when they told a lie because it supposedly protected them from the wrath of God. At the time, the punishment for being Christian was death. As a result, Christians often denied their faith so they would not be killed. 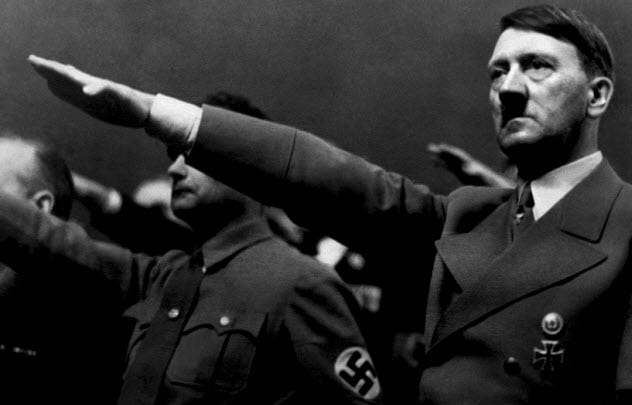 The Nazi salute was considered a greeting in Nazi Germany. It was used by Italian and Spanish fascists as well. In Germany, it was usually accompanied by screams of “Heil Hitler!” The fascists claimed that the gesture originated in ancient Rome. However, as we mentioned in the salute entry, there is no evidence that the Romans raised their hands in greeting.

Daniel Sharp Ford, who requested that Bellamy write the pledge, created the gesture when he suggested that Americans raise their hands toward the US flag when reciting the pledge. The Bellamy salute became controversial with the arrival of the Nazi salute. This led to the US replacing the Bellamy salute with the right-hand-over-the-heart gesture.[5] 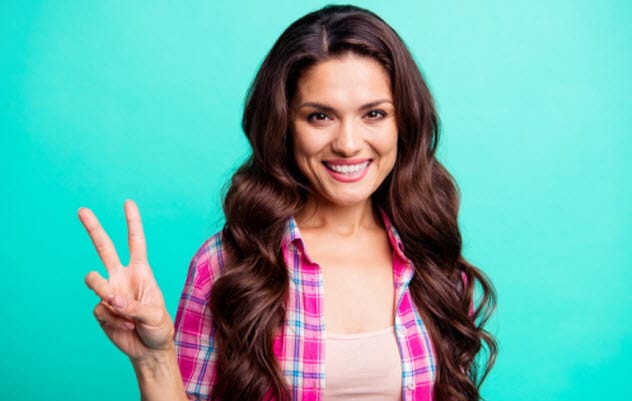 The V-sign could have a different meaning depending on where you are. The palm-facing-outward version common in the US is used to indicate peace or victory. The palm-facing-inward method common in Britain is considered an alternate version of the middle finger.

The origin of either sign is disputed, and whether they are of the same origin remains unclear. Some believe that the gesture first appeared during the October 1415 Battle of Agincourt between England and France.

4 Thumbs Up And Thumbs Down 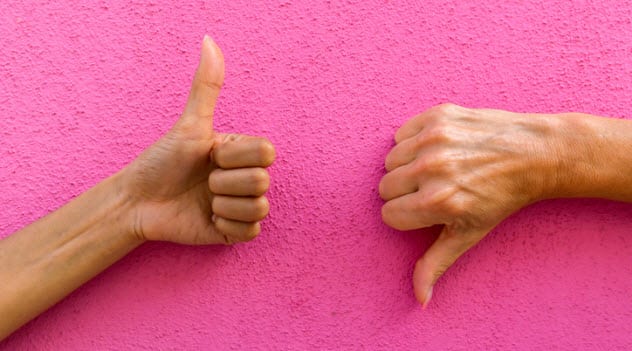 A thumbs up is a symbol of approval. A thumbs down shows disapproval. Both gestures originated from the gladiator combats of ancient Rome. They were called pollice verso (“turned thumb”) at the time. 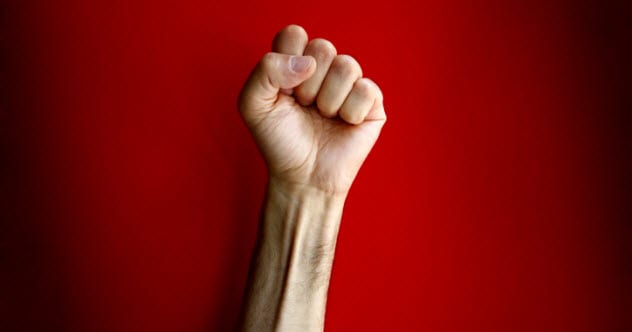 The clenched fist is the ultimate symbol of solidarity. It has been used by oppressed, resistance, and political groups to show solidarity, defiance, struggle, triumph, resistance, and power. Most Americans will be surprised to learn that the gesture is actually a communist symbol. 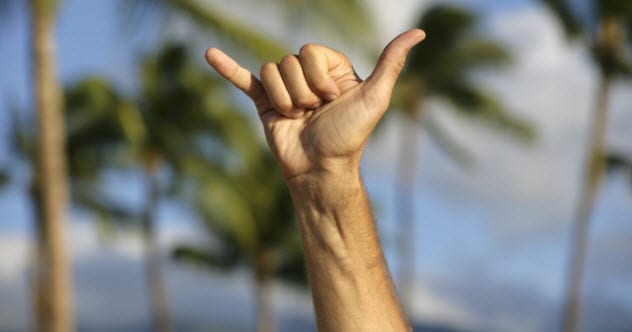 The shaka sign is made with the pinky finger and thumb pointing upward while the other fingers rest on the palm. It is popular in Hawaii where it is often accompanied with the greeting “Shaka, brah!” It means everything from hello to goodbye, thank you, hang loose, right on, no need to rush, and everything is all right.

The origin of the shaka sign is disputed. Two stories attribute its start to a Hawaiian called Hamana Kalili. Although both versions agree that Kalili had lost three fingers on his right hand, one claims that he unwittingly created the gesture when he used his right hand to bless a person.[9]

The second version states that Kalili started the gesture when he used the hand to ward off children trying to jump on trains. Other sources say that the gesture was first used by a surfer who had three fingers bitten off by a shark.

A fourth explanation states that the sign was used by the first Spaniards to land in Hawaii. The Spaniards supposedly made the gesture at the natives but raised their thumbs to their lips. This showed that they were friendly and wouldn’t mind sharing a drink with the natives. 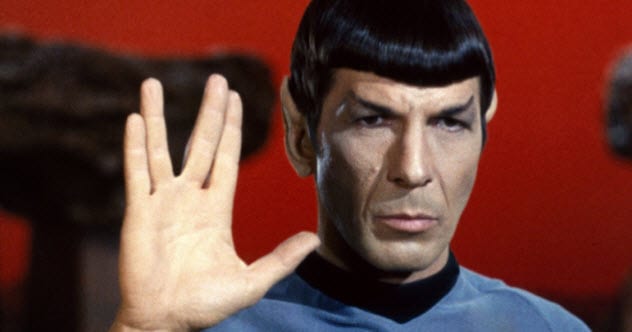 The Vulcan salute resembles the V-sign except that it is done with four fingers on the same hand. With all fingers on that hand initially together, the middle and ring fingers move away from each other to create the letter V. The Vulcan salute is considered a greeting by fans of the Star Trek series and people who just love sci-fi.

The Vulcan salute was first used by Leonard Nimoy as he played Mr. Spock in a 1967 episode of Star Trek. Initially, it was a greeting among members of the Vulcan race in the series and meant “live long and prosper.” The gesture was created by Nimoy, who wanted the Vulcans to have a unique greeting.[10]

Nimoy borrowed the Vulcan salute from a similar Jewish gesture depicting the Hebrew letter shin, the first letter in “Lord.” Jewish priests can use the gesture to bless people during services, which Nimoy had seen when he was younger.