Quotes are often excellent for capturing a romanticized spirit of war. They offer glimpses of courage, usually without hinting at the pain or complications of combat. In reality, most of us would be too scared or distracted to say anything particularly memorable while our lives were in danger. Not like these people. 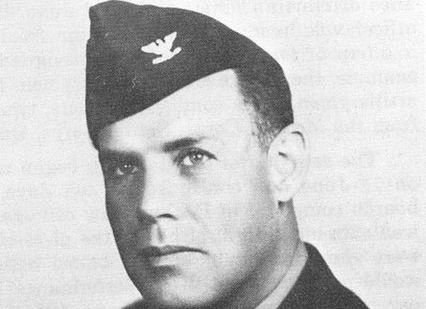 “Onward we stagger. And if the tanks come, then God help the tanks!”

That quote comes from the commander of the 1st Rangers Battalion and a soldier who so distinguished himself that the unit became known as “Darby’s Rangers.” The unit was among the first American ground forces to see action against the Nazis, beginning in Tunisia. During that time, Darby made very good on his boast. According to his citations for Distinguished Service, he personally oversaw the destruction of several German tanks with light artillery and grenades. He was also known for personally reconnoitering German positions. A rumor went around that at one point a courier visited Rangers headquarters. When he asked some soldiers where Darby was, one of the Rangers quipped “You’ll never find him this far back!”

Sadly, Darby did not get away with such bold actions forever. On April 30, 1945, he was killed in action when a tiny shell fragment hit him in the heart. It was only one week before Germany surrendered and on the same day that he was to be promoted to brigadier general. In 1958, Darby was immortalized on the silver screen by James Garner, who took over after Charlton Heston had to leave the production. 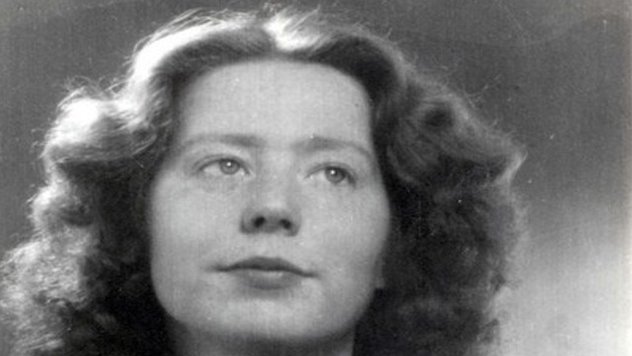 Prior to the 1940 German conquest of the Netherlands, Jannetje Johanna (Hannie) Schaft was a promising young law student. When Dutch students were required to sign a declaration of loyalty to the Nazis, she dropped out and joined a communist-affiliated resistance group. She helped to find shelter for Dutch Jews and eventually began carrying out assassinations, often targeting German officers and Dutch collaborators before escaping on her bicycle.

Hannie eventually became a high priority target known as “the Girl with Red Hair” (she quickly dyed it black). After her identity was discovered, the Nazis imprisoned her parents in a concentration camp. Although Hannie refused to turn herself in, she was ultimately arrested at a German checkpoint when a pistol was discovered in her bag. In 1945, she was taken out onto the beach near Bloemendaal for execution. When a German officer fired at her, the bullet only grazed her temple, allowing her to spite her murderer:

A Dutch collaborator then finished the job with a submachine gun. The Netherlands were liberated three weeks later.

When Europeans arrived in the New World, Hatuey was a minor chief on Hispaniola, where the first Spanish settlements were located. When Diego Velazquez set out to conquer Cuba, Hatuey arrived ahead of him and attempted to warn the Taino inhabitants of the island of the coming threat. The effort failed, and Hatuey was forced to resist using guerrilla tactics. To give an idea of just what Hatuey was up against, when a community of thousands of Taino agreed to host the Spanish to a feast, the conquistadors rewarded them for their hospitality with mass murder.

Hatuey’s small force held the Spanish at bay for months, keeping them confined to forts. In 1512, he was betrayed and captured. Prior to being burned to death, he was pressured to convert by a Franciscan friar. Instead he remained defiant:

“I prefer Hell to Heaven if there are Spaniards in Heaven.” 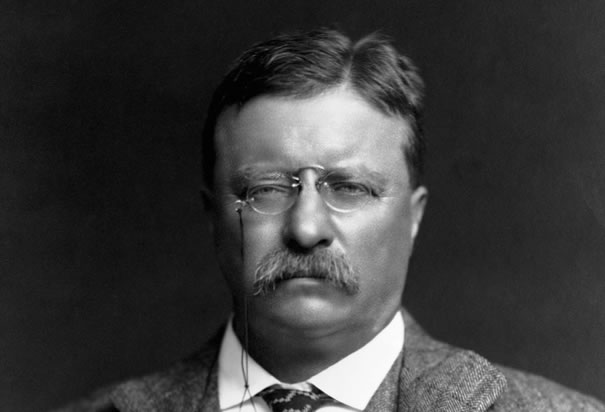 Few people benefited more from the Spanish-American war than Theodore Roosevelt. As far as most basic histories are concerned, his Rough Riders more or less won the war with their famous charge up Kettle Hill. Recent historians have given more credit to the performance of the largely African-American 10th Cavalry and 24th Infantry regiments, which didn’t receive much attention at the time. But all versions describe Roosevelt showing courage that verged on mad recklessness.

During the attack, charging uphill against withering enemy fire, Roosevelt rode a horse, encouraging cowering soldiers with a cry of:

“Are you afraid to stand up when I am on horseback?”

Witnesses said they thought for sure he would be killed. A bullet did graze his arm, but Roosevelt shrugged the minor injury off and continued the charge. 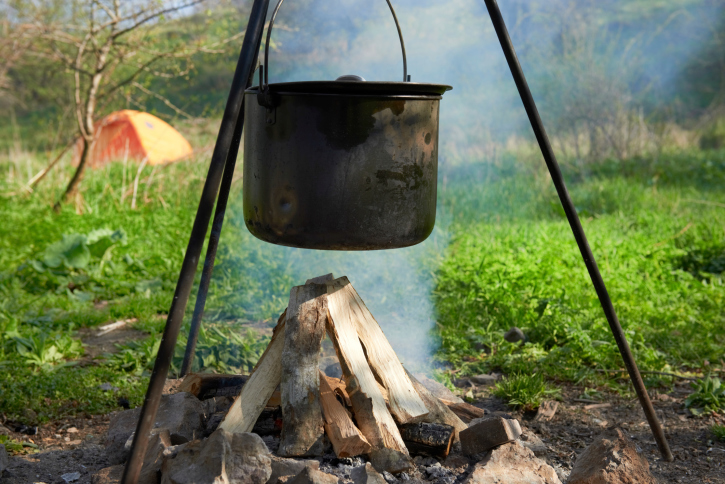 In the late third century B.C., an especially vicious Chinese civil war was raged between the armies of Chu, commanded by Xiang Yu, and those of Han, under Liu Bang. Xiang and Liu had been allies in an earlier rebellion, but became enemies after Xiang Yu declared himself ruler of all China.

For years, Xiang Yu defeated Liu Bang again and again. During one of his early victories, he even captured Liu’s father. Eventually, after forming and losing several armies, Liu’s Han forces brought Xiang to a standstill. Xiang Yu then sent his enemy an unusual threat: If Liu did not surrender, Xiang would boil his father alive. This was no idle threat—Xiang had previously boiled an underling alive for calling him an ape in a hat. However, Liu sent back an unforgettable response:

Elsewhere in the letter, Liu reminded Xiang that they had declared themselves brothers during their time as allies—so for Xiang to boil Liu’s father would be patricide. The letter worked—Xiang spared Liu’s father. Liu Bang ultimately defeated the Chu and drove his rival to commit suicide beside a river. 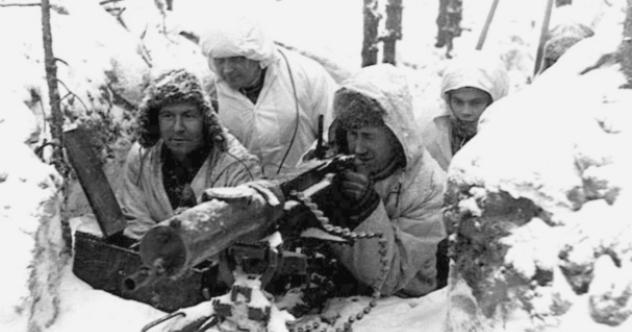 The 1939–1940 Winter War between Russia and Finland was arguably one of the most extraordinary wars ever fought. The Finns were so badly outnumbered that there was one Russian soldier for every four citizens of Finland, let alone Finnish soldiers. Their air force was outnumbered more than 30 to one. They had less than one percent of the tanks the Russians had. And yet the Finns managed to prevent the conquest of their country.

Perhaps fittingly for such a national effort, the soldier who best encapsulated the Finnish determination wasn’t even named. During a battle in the area of Suomussalmi, the Finnish tactics were proving unusually effective, ultimately inflicting as many as 28,000 casualties—while suffering just 700 of their own. One of Colonel Hjalmar Siilasvuo’s officers said it best:

“The wolves will eat well this winter.” 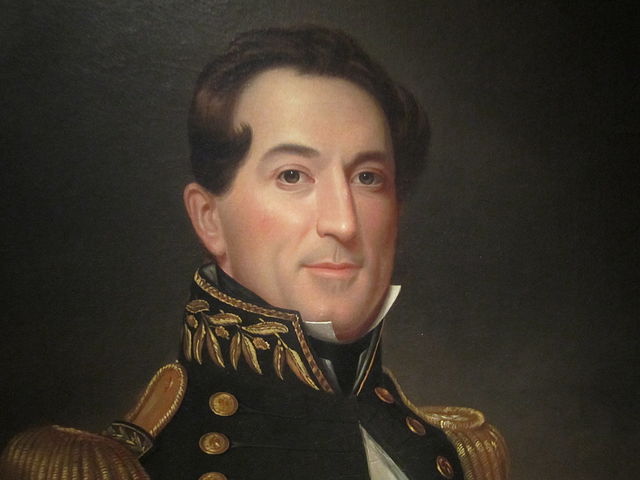 During the US Civil War, Rear Admiral David Farragut was in command of the Union Fleet sent to seize the vital port of Mobile from the Confederacy. If Farragut was successful, it would be just the sort of inspiring victory the North needed (to give an idea of how bad the situation was, the value of the American dollar had dropped to 39 percent of its pre-war value the month before). The port was defended by the usual Southern ships and cannons—as well as a vast array of “torpedos,” which were actually what we would now refer to as mines. As the Union fleet approached, one of the lead ships, the ironclad Tecumseh, struck one of the mines and sank. The other ships naturally hesitated to proceed further. Determined to continue, Farragut gave his famous cry from aboard the flagship Hartford:

“Damn the torpedos! Full speed ahead!”

And thus the Hartford sailed directly into the vast array of mines, in what surely seemed like a suicide attack. Farragut was lucky, though. The Southern mines were old and, aside from the one that sunk the Tecumseh, duds. The Hartford struck numerous mines but emerged unscathed, motivating the rest of the fleet to continue and eventually capture the town. 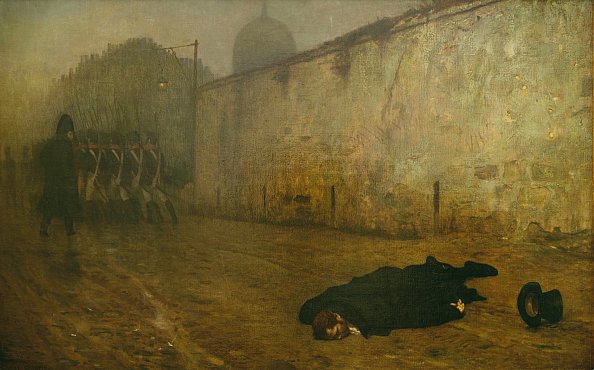 While Napoleon Bonaparte deserves a great deal of credit for his military triumphs, he was also blessed with a number of truly great generals. Michel Ney was, if perhaps not the smartest, certainly the most courageous. Bonaparte’s nickname for him was “the Bravest of the Brave” for his willingness to put himself in harm’s way.

Ney retained his rank after Napoleon’s initial defeat and exile to Elba. When Napoleon escaped, the French monarchy sent Ney to arrest him. Instead, he rejoined his old commander and was at Napoleon’s side during the Emperor’s final defeat at Waterloo. The French monarchy, restored to power yet again, decided to make an example of Ney, and he was scheduled for execution on December 8, 1815. When the time came for the unpleasant business, Ney refused a blindfold, told his former brothers-in-arms to listen up, and said that he had always been loyal to France. He concluded: 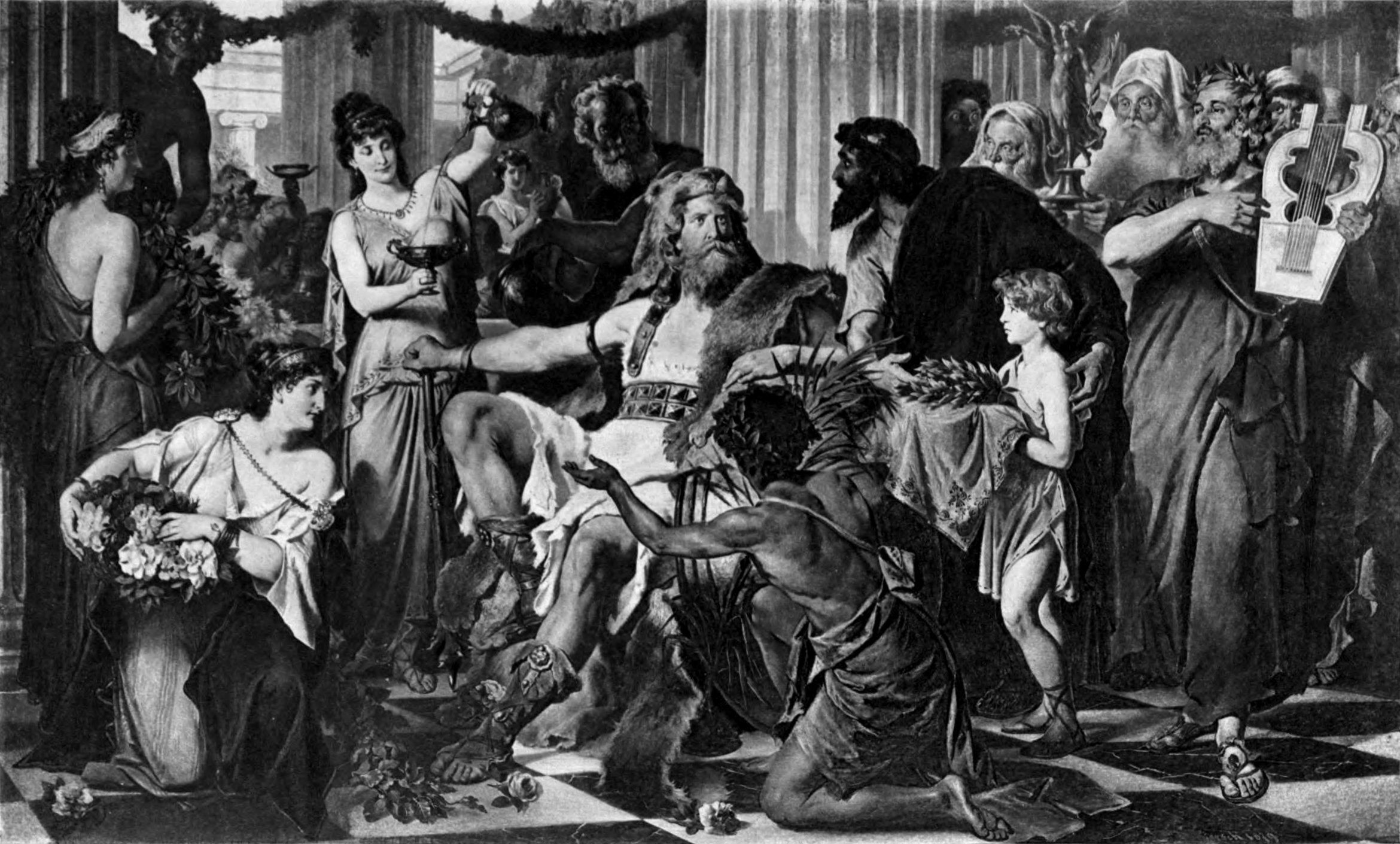 Although the Western Roman Empire is usually said to have fallen in A.D. 476, when the last emperor was removed from power, the writing had been on the wall from at least A.D. 408. That was when Rome itself was threatened by the Visigoth warlord Alaric I, who demanded a huge ransom of gold, scarlet, silver, and pepper. In response, Rome sent two dignitaries, who warned Alaric that he faced the entire desperate population of the largest city in the Empire. Alaric’s response was one even pompous Roman politicians could appreciate:

“The thicker the hay, the easier it is mowed!”

The Romans promptly paid up in response. It didn’t help that much—Alaric eventually sacked the city in A.D. 410. 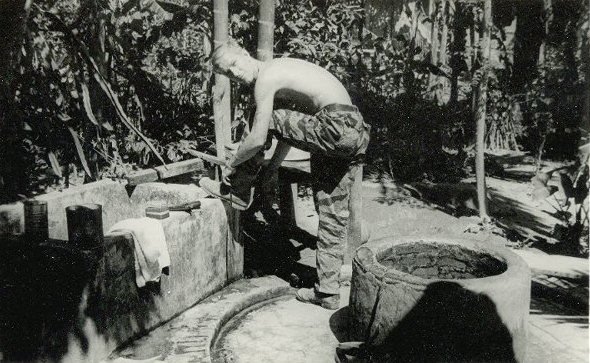 One of the most famous members of the United States Army Special Forces (also known as the Green Berets), Sergeant First Class Jerry Michael Shriver was the terror of the North Vietnamese Army from 1964 to 1969. A tall man who wore a derby hat and blue Chinese smoking jacket when not on duty, and whose main companion was an Alsatian named Klaus, Shriver almost seemed to have a death wish. Under conditions where most Green Berets only undertook around 20 missions, Shriver went on 40 of them during his time in Vietnam. He admitted to others that he knew it was excessive, but that he just couldn’t give up the thrill of combat. The nickname “Mad Dog” came from broadcasts by the enemy denouncing him and his unit, which was known as “Hatchet Platoon,” and offering $10,000 for his death or capture.

During one mission, Hatchet Platoon found itself encircled and outnumbered. Shriver described the situation to his air support and was told that it sounded “pretty bad.” Shriver’s response became legendary among the special forces:

“I’ve got ’em right where I want ’em—surrounded from the inside.”

Shriver survived that day, but his boldness eventually cost him dearly. On April 24, 1969, he boarded a helicopter in Quan Loi and went on what he claimed to know would be his final mission. His last known words, spoken before he boarded the helicopter, were to ask his comrades to take care of Klaus.

Dustin Koski has lots of quotes of his own on his Facebook profile but so far none of them have been particularly hardcore.