Munchausen syndrome, or hospital addiction, is a condition where people fake illness to receive attention. Some patients construct amazingly complex lies and falsify symptoms with impressive resourcefulness, and then some are just silly. Here are a few particularly bizarre cases. 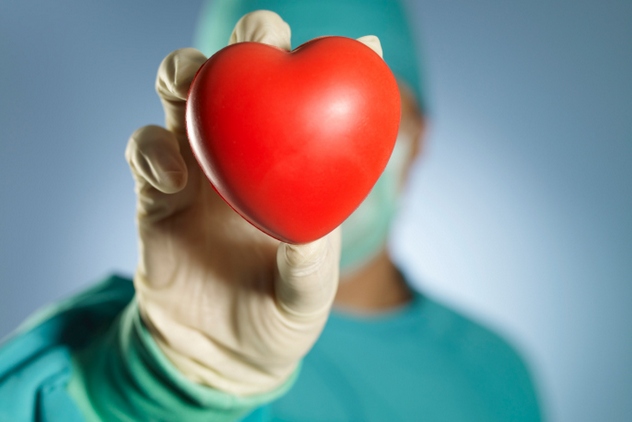 In 2005, a 20-year-old man appeared in a New Mexico hospital with chest pain. Based on his complaints, he was given surgery to investigate his problem. MRIs and surgery—an aortic wall biopsy—showed nothing unusual. Postoperative recovery should have been fine (and tests showed that it was), but he kept making complaints, all of which turned out to be false. He had been previously admitted to many different hospitals in different states, with a similar “problem.” He was sent to a psychiatrist.

Then, in 2009, he turned up 1,600 kilometers (1,000 mi) away in Ohio with the same symptoms—only he said that due to a fictitious brain tumor he couldn’t undergo MRIs and that he was allergic to MRI dye and to many diagnostic medications. He also claimed to have had a heart transplant in Germany after a massive heart attack (of which no records could be found). The physician at the Ohio hospital later realized he’d been seeing the same patient on numerous separate occasions, under different names and birth dates, for six years. 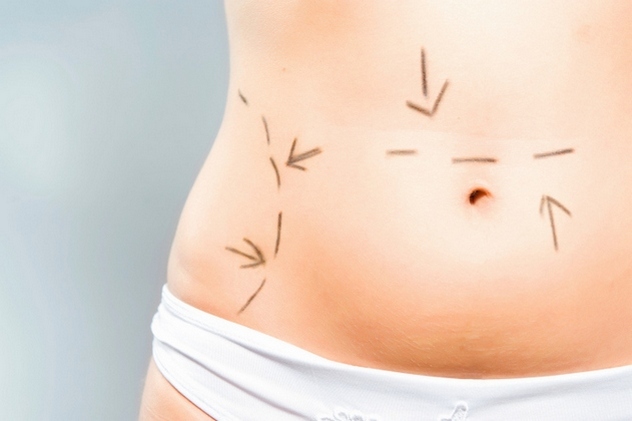 One of the few Munchausen patients to give her real name, Wendy Scott actually managed to recover from the disorder before her death—something many doctors had thought impossible. Before that, though, she was among the most severe cases documented. She claimed to have been a patient at over 600 hospitals, with an astonishingly high turnover rate. She was covered in scars from the 42 unnecessary operations she’d had while traveling through Europe seeking care.

She told the New York Times that she stopped lying about illness when she turned 30. She credited her cat with helping her recover, and later reached out to other Munchausen patients to help them. In a cruel twist of fate, 20 years later she became ill for real. She died of intestinal cancer in 1999—an unfortunate example of “the boy who cried wolf” not being taken seriously. It’s also possible that all the diagnostic procedures increased her risk of cancer. 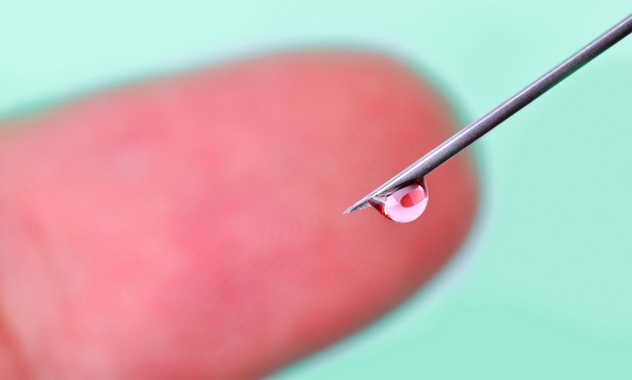 A 29-year-old man came to the University of Utah Medical Center with right flank pain, nausea, vomiting, and visible blood in the urine. He said he was severely allergic to intravenous contrast dye. He was admitted for possible lupus. He had been to other hospitals before, many of which he couldn’t name, and said he had received several diagnoses. In the past five years, he had allegedly been diagnosed with a kidney stone and lupus, and tested positive for HIV.

Examination showed no abnormalities except for pinpricks on his left index finger. He gave the name of his primary doctor but said they had cut off contact as he could no longer afford to pay his bills. As more tests were performed, the man’s previous doctor rang to say he had a history of showing up with false symptoms, that his HIV test had come back negative, and that the doctor had cut off contact because she didn’t feel equipped to work on a psychological disorder. She also said that the patient was often eager to obtain narcotics. Doctors concluded that he had been pricking his finger to make it appear as though there was blood in his urine. 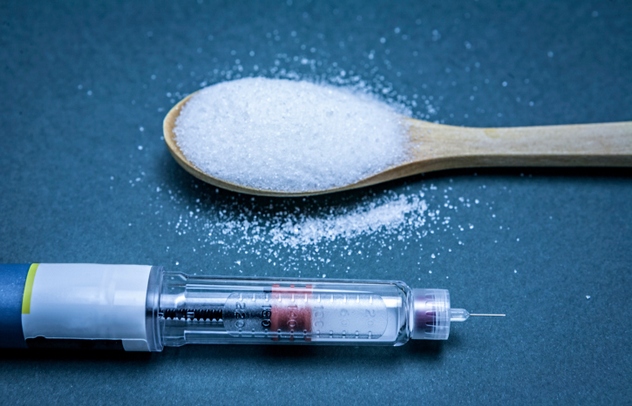 A 21-year-old woman, known as “Ms. J,” regularly appeared in her local hospital to manage the type 1 diabetes she’d had since childhood. She started coming in with diabetic ketoacidosis (DKA), a medical emergency where, due to a shortage of insulin, the body starts burning fatty acids and producing acidic ketones. Symptoms and complications include dehydration, vomiting, difficulty breathing, swelling of the brain, and acute kidney failure.

Investigation revealed that every time she came in, her husband was away on a trip and she had arranged pet-sitting for her dog. She usually came in early in the weekend, with incidents resolving before the start of the following workweek or the husband’s return. On her third visit for the same DKA symptoms in two months, Ms. J was sent to a psychiatrist. It was determined that she did know how to dose her insulin properly. She was neglecting it on purpose to get attention while her husband was gone. A young woman came to Baylor University Medical Center in Dallas with bacteremia, or bacteria in the bloodstream. Bacteremia can arise spontaneously and may sort itself out, but it can also lead to very serious infections like sepsis, pneumonia, and meningitis. Because of this, doctors carried out extensive testing. Tests showed no problem with the woman’s immune system and no sepsis.

The fact that the woman was a medical technologist (and would thus know how to fake symptoms and have access to medical equipment) aroused suspicion in the hospital, so her room was searched during an X-ray. Doctors found a purse that contained a Petri dish with bacterial colonies of E.coli and S. aureus growing in it, needles, a syringe, and a tourniquet. Not exactly what you’d typically expect to find in someone’s purse. They confronted the patient, who agreed to get psychiatric help but denied injecting herself with bacteria. She held up the purse she thought she’d emptied of the incriminating evidence . . . which would have gone better had a forgotten needle and syringe not fallen out. Oops.

On a more solemn note, patients have died from injecting themselves with bacteria, so the doctors’ concern was not unfounded. 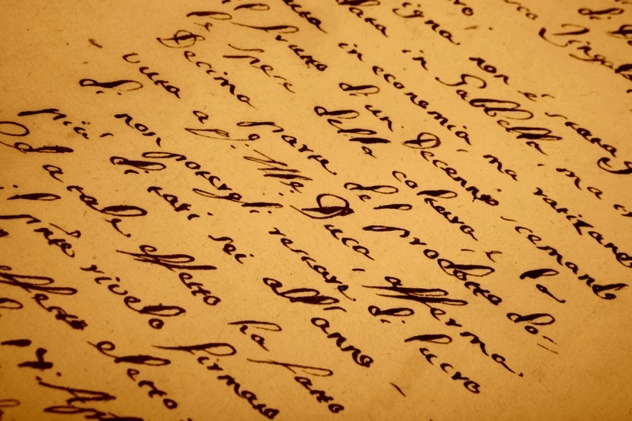 People faking cancer for the sympathy of friends and relatives do the rounds every so often—Mindy Taylor, Jessica Vega, and Ashley Kirilow, for example. However, a Texas woman took it further by actually going to the hospital to seek chemotherapy. She told doctors she’d had treatment for cancer of the small intestine in another state and wanted to continue in the new hospital—Baylor University Medical Center.

She went to an oncologist with abdominal scars and alopecia (baldness), purportedly from previous chemotherapy. The oncologist asked for medical records from the old hospital and received essentially the same treatment as a middle school teacher when a kid hasn’t done their homework—a really, really badly forged note. The surgical pathology report she presented had spelling errors and medically unlikely statements. It also looked like she’d photocopied and scanned sections of the report, literally pasting bits of it together.

Another hospital later stated that the abdominal scars were from a car accident, not surgery. That didn’t stop the insistent patient, as she went to several other doctors with the fake history.

4The Man Who Really Wanted A Heart Attack 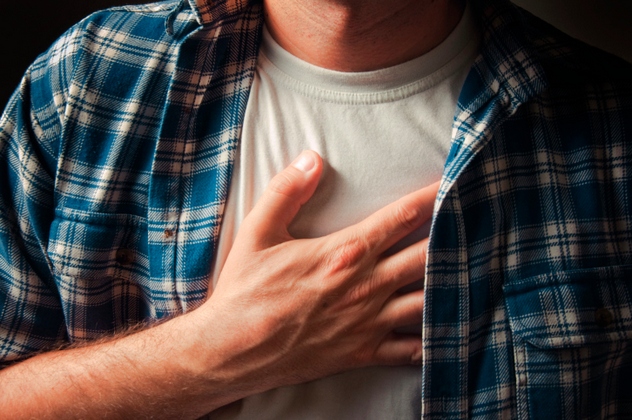 A retired 67-year-old seaman developed shortness of breath and chest pain after a journey to Cumbria. He gave a history of two heart attacks in the previous three years, and severe angina afterward. He was admitted to hospital with diagnosis of pulmonary edema (fluid in the lung) and possible myocardial infarction (heart attack).

Following treatment, he had no further pain and was discharged after five days. Four months later, he came to the emergency department with what looked like cardiac arrest. He got better after cardiac massage before doctors arrived and was later treated for pulmonary edema.

The next morning, he was totally healed. People got suspicious and confronted him, then took a picture for future reference before discharging him. Apparently with no impulse control, he came back to the emergency department that same afternoon, appearing to have cardiac arrest. He “woke up” and scarpered when a nurse whispered in his ear that a doctor who’d seen him earlier that day was coming. Thought probably not an actual Munchausen sufferer, one child recently exhibited some of the same behavior. A 10-year-old girl turned up in a Los Angeles clinic in 2014 with purple rings under her eyes. She said the rings had been there for the last 12 hours. It was reported as a “bilateral suborbital rash.” A dermatologist guessed at ecchymosis (escape of blood from blood vessels under the skin, causing skin discoloration), amyloidosis (protein build-up disrupting normal function), or connective tissue disease.

However, since her eyes were working perfectly and the “rashes” had an odd shape and color, staff rubbed them with alcohol wipes and they disappeared. The girl admitted to having colored them in with a purple marker. It’s not unusual for kids to feign illness—to avoid school, for example—but it’s bizarre that this girl actually went to the hospital for what was essentially creative face paint. 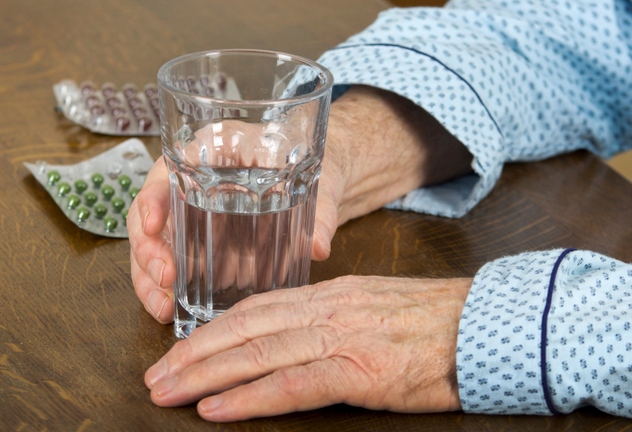 A man in his thirties visited the outpatient department of a large hospital. He said that he’d lost over 20 kilograms (44 lb) over the past seven months and was experiencing pallor and lethargy. Tests showed severe anemia and very severe hypoalbuminemia (low levels of albumin in the blood).

He was diagnosed with celiac disease based on duodenal atrophy and ulcers (the duodenum is the first part of the small intestine) and ongoing inflammation in the small intestine. When he didn’t improve after avoiding gluten, doctors thought he might have Crohn’s disease. He was given high doses of drugs like prednisone (a strong immunosuppressant). Measurement of his antibodies showed profound—take a deep breath for this one—hypogammaglobulinemia. He was referred to another hospital with possible common variable immune deficiency, a condition that increases the risk of getting infections.

More and more treatments were tried with no success and no change in symptoms, and the gastroenterology team became suspicious. They pointed to the man’s abuse of NSAIDs (non-steroidal anti-inflammatory drugs) over the past year. He denied this, but his family later found hidden packets of a codeine/Ibuprofen combination on him. This was a particularly bad case due to the expense and invasiveness of the drugs used on him to no avail. Once the fraud was discovered, the man’s symptoms disappeared.

1Stabbing Nails Into Her Neck We think the title of the case report says it all: “Stabbing nails into the neck: an unusual self-damaging behavior mandating neurosurgery.” Stabbing nails. Into the neck.

A 38-year-old woman presented with severe neck pain following a car accident four months prior. After the car accident, she had briefly gone unconscious but suffered no amnesia. Her CT scan at the time showed no abnormalities. When she turned up at the hospital, an X-ray showed a needle beside the second vertebra, the pivot on which the first vertebra rotates the head. There was no sign of an injury on the skin where the needle went in. She did not explain how it got there and denied doing it herself. She was given surgery to remove the needle and went home fine, only to return one month later with neck pain and a weak right side of the body. Imaging found a new nail in her neck, requiring another surgery.

Tip: If you’re going to fake illness to get surgery, please don’t do it in the vicinity of your spinal cord. That’s pretty important.