Every now and then, the world produces someone so intelligent, so creative, or just so different that they change everything. But history isn’t always smooth sailing. Those people with the brains or ideas to transform our culture sometimes nearly perish before they can even get started. 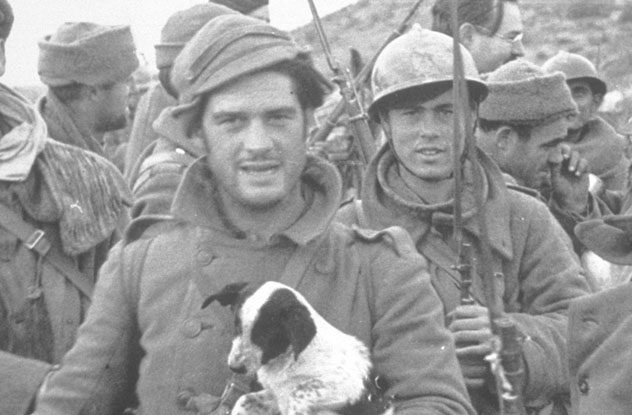 Two days before Christmas in 1936, George Orwell boarded a train and vanished into the madness of the Spanish Civil War. At the time, Moscow-backed communists and independent anarchists were fighting General Franco’s fascist forces in a battle that would claim 500,000 lives. Arriving in Barcelona, the young writer immediately took up arms with the anarchists—only to be shot through the throat and nearly killed by a fascist sniper.

At the time, Orwell was a respected journalist and the author of five novels. However, he was still over a decade away from writing the book that would cement his fame: 1984. In early 1937, this dystopian masterpiece (like the similarly famous Animal Farm) wasn’t even a glint in its author’s eye. Had Orwell died on the front lines in Spain, he’d today only be remembered as an idealistic reporter instead of “one of Britain’s greatest and most influential writers,” and opponents of authoritarianism would be lacking their favorite adjective.

Yet this wasn’t the only time this hugely important writer nearly died in Spain. After the communists turned on the anarchists, Orwell only just avoided being murdered in the Red Terror.

9 Gene Roddenberry Crash-Landed In A Desert 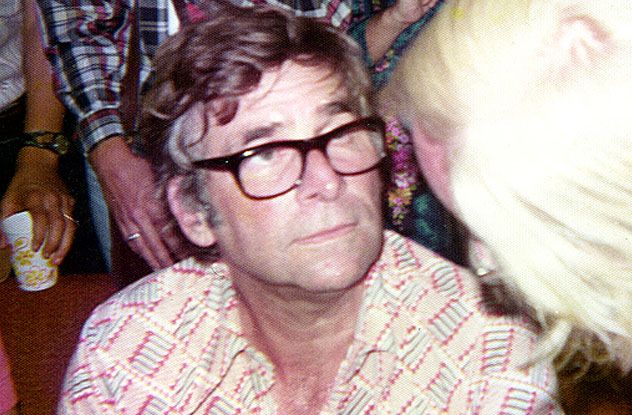 Gene Roddenberry’s classic show Star Trek wrote the rules for modern sci-fi. It became so beloved that Roddenberry has both a crater on Mars and an asteroid named after him. Yet television history very nearly had a big, Star Trek–shaped hole in it. Years before he became a TV legend, Roddenberry nearly died when his plane crash-landed.

Roddenberry’s plane from Calcutta lost two engines in mid-flight. It then caught fire. The result was a spectacular crash into the middle of the Syrian Desert—a place “abnormally inhospitable” to life. There, Roddenberry’s story should have ended, had he not noticed a distant light just as the plane went down.

The light belonged to a small Syrian military outpost. Roddenberry sent two men there while he stayed with the wounded. He later received a Civil Aeronautics commendation for his incredible eyesight, while we got to witness one of the greatest shows in TV history. 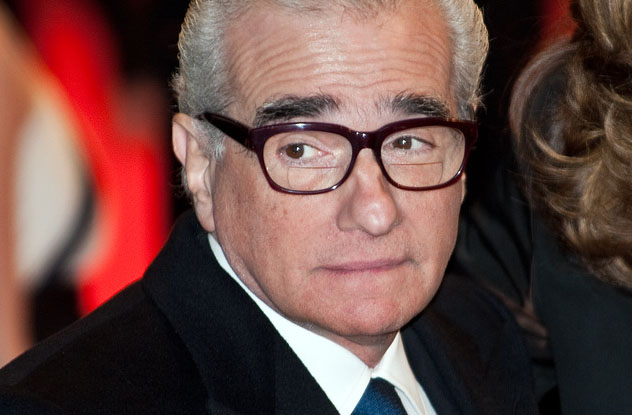 Choosing the greatest American director might be an impossible task, but one name will almost certainly feature on any shortlist: Martin Scorsese. The genius behind Goodfellas and Taxi Driver created the modern gangster film, made a star of Robert de Niro, and has done more to preserve old silent films than almost any other human in existence. Yet all this could have vanished after a 1970s coke overdose nearly killed the young director.

While working on his 1978 film The Last Waltz, Scorsese became heavily addicted to cocaine. The habit culminated in an almost deadly overdose that landed him in the hospital. It took an intervention by Robert de Niro to get Scorsese to kick the coke and return to directing with a little picture known as Raging Bull. Had the director died in the hospital, we’d now be missing some of the greatest American films ever made.

7 Everyone Around Nostradamus Died Of The Plague 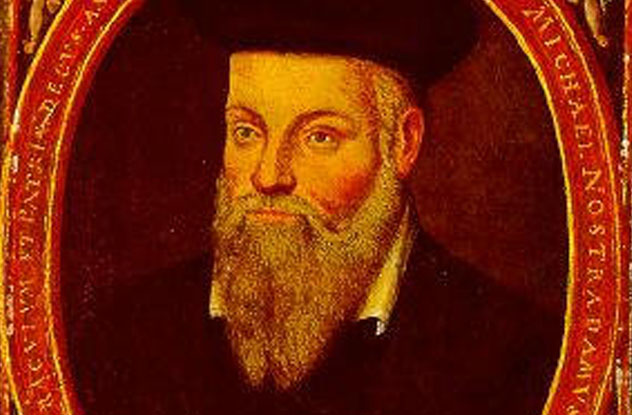 Today, Nostradamus is mainly known for predictions so vague that they cover every event in history. But before he got into the fortune-telling game, Nostradamus had a job that makes “kooky seer” seems like a step down: plague doctor.

In the early 16th century, Europe was a gigantic breeding ground for the Black Death. Thousands died every week, and sensible people steered clear of infected towns. Not Nostradamus. For several years in his early life, the young prophet made a habit of going into plague homes and getting into direct contact with victims. Incredibly, this blatant disregard for his own safety didn’t land Nostradamus with a severe case of death—although his entire family succumbed in 1534.

However, this wasn’t the end of Nostradamus’s troubles. Before he got around to writing his prophecies, he was also indicted for heresy by the Inquisition and had to flee the country. When he returned nearly 10 years later, he went straight back to hanging around with plague victims. 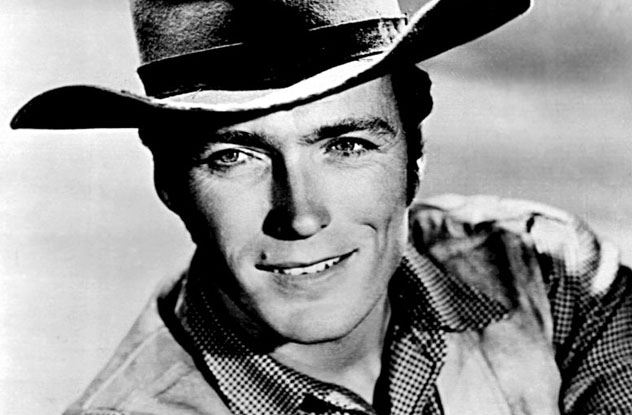 Clint Eastwood’s grizzled onscreen persona defined the ’60s, the ‘70s, and the ’90s (the ’80s weren’t so great). He also proved himself to be invincible when he survived one of the strangest plane crashes in history.

In 1950, Eastwood hitched a ride on a Navy plane to go meet a woman. Almost immediately, things went wrong. Since the plane had only one seat, Eastwood was forced to squeeze into a back compartment not intended for humans. As he sat there, the door below him sprang open, nearly jettisoning him out into the freezing Atlantic below. Eastwood managed to wedge it shut, but the plane was now so high up that he passed out and nearly died from lack of oxygen. The only reason he survived? The pilot chose that exact moment to crash-land into the sea.

The impact hurled Eastwood from the plane into a vicious current that nearly dragged him to his death. With all his strength, he swam to the nearest shore, finally collapsing on a beach. At this point, God finally stopped trying to kill him, perhaps out of fear of what an invincible Dirty Harry might do in revenge. 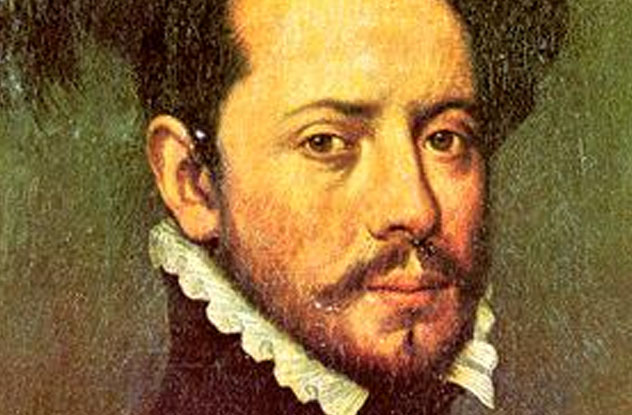 For better or for worse, Hernan Cortes was one of the most significant figures in Earth’s history. Without him, modern Mexico would be a very different place because the Aztec Empire would have ruled the area for decades more. Yet his world-changing expedition very nearly got off to a bad start when the Aztecs came close to sacrificing him.

Not long after landing, Cortes lost 68 of his men during an ill-advised raid. All of them were dragged away to the Grand Temple, where they were sacrificed to the Aztec god of war. By rights, Cortes should have been among them.

After a series of strategic blunders, the conquistador found himself penned in and facing some very angry Aztecs. Cortes was on the cusp of a gory death when one of his men, Cristobal de Olea, threw himself into the fray. At the cost of his own life, de Olea managed to buy Cortes enough time to escape. It’s been said today that “the very conquest of Mexico hung on this single act.” 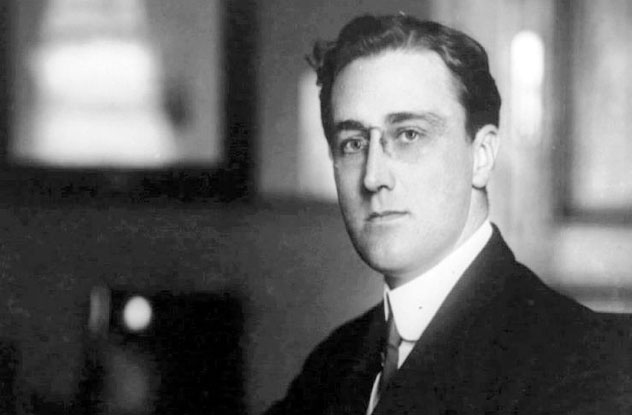 While the Black Death killed its fair share of people, no virus has come close to the power of Spanish Flu. In two short years, it killed 50 million people worldwide—more than World War I and the Great Chinese Famine combined. It also nearly claimed the life of one of the most significant figures of the 20th century: Franklin D. Roosevelt.

In 1918, FDR was assistant secretary of the Navy and still a long way off from becoming the political giant he’d later be. During a two-month jaunt at sea, he contracted the killer flu and had to be airlifted back to the States. Although he ultimately recovered, his survival was far from certain. At its height, the Spanish Flu could kill a patient in less than 12 hours.

3 Dostoyevsky Came Within Seconds Of Execution 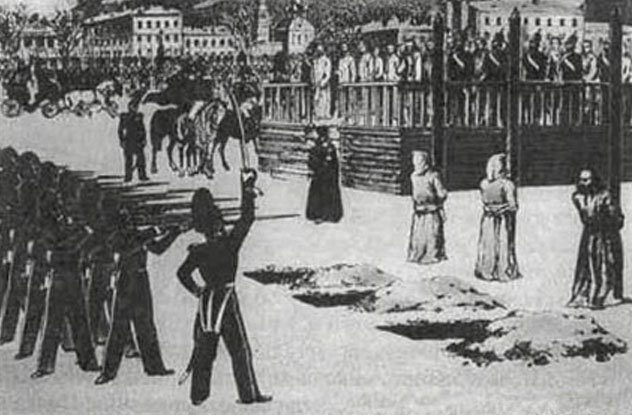 Fyodor Dostoyevsky is one of the greatest writers to have ever lived. Aside from writing classic novels like Crime and Punishment, he also inspired authors as diverse as James Joyce and Ernest Hemingway. Yet it’s only by a tremendous stroke of luck that you’ve ever heard of him.

In 1849, Dostoyevsky was arrested as part of a revolutionary group dedicated to bringing down the Tsar. On December 22, he was taken out before a firing squad and prepared for execution. The soldiers already had their rifles raised and were seconds from firing when an order came through to spare the young writer’s life. Instead of dying on that cold December day, Dostoyevsky was sent to do hard labor in Siberia—an experience that would influence his greatest novels. 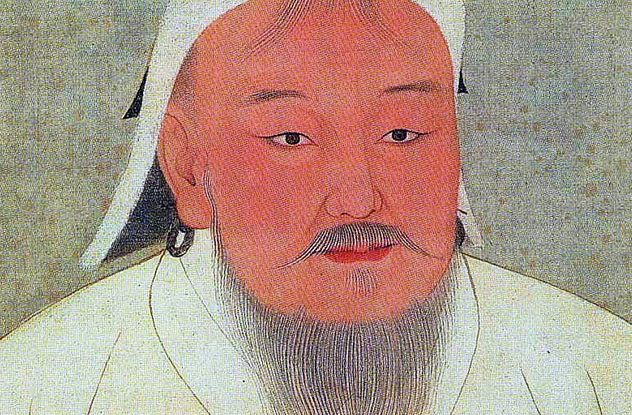 The Mongol Conquests are one of the most dramatic shakeups in world history. Out of nowhere, a vast army appeared to conquer most of Asia, parts of the Middle East, and even some of Europe. At its height, the resultant empire was one of the largest in human history. Yet the man who started it all very nearly lived out his life as a downtrodden slave.

As a teenager, Genghis Khan found himself on the receiving end of a bizarre family feud. A tribe with close blood connections to his family decided to enslave the fledgling conqueror and make his life a living hell. For months, and perhaps as long as 10 years, one of history’s biggest warriors spent his days being beaten and spat on and having to serve others. And his life would have ended this way, had a kindly family not helped him to escape.

After Khan beat up one of his masters, a local family hid him under a pile of wool until nightfall and then gave him a horse. Thanks to their efforts, the epoch-shaking Mongol Empire was made possible. 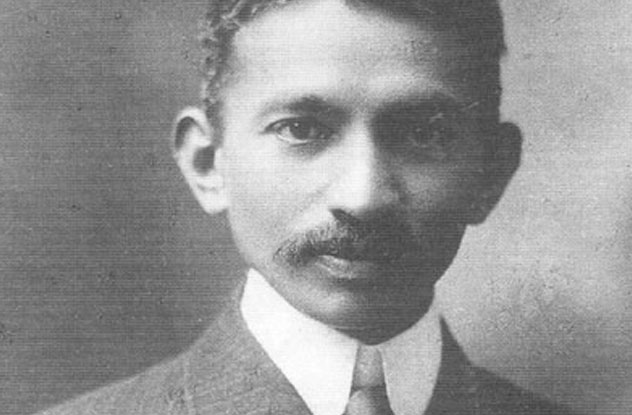 Before he became internationally renowned for his peaceful protests in India, Gandhi was a young lawyer working in South Africa. Appalled at the treatment he received there from the country’s whites, he wrote a controversial treatise called the Green Pamphlet, which painted a dark picture of South Africa’s ruling minority. When Gandhi returned to Durban after a trip home to India, he found an angry mob waiting for him.

Accounts differ as to whether Gandhi chose to disembark into the crowd or was forced to, but either way, the result was the same. The mob surrounded Gandhi, battering him with stones and brickbats. In no time at all, they had him collapsed against a railing and seemed to be on the verge of lynching him. Then the wife of the local Police Superintendent intervened.

Using her parasol as a shield, the woman got between Gandhi and his attackers, holding them at bay until the police arrived. Had she not acted so quickly, or not been on the scene, we could have lost one of history’s greatest leaders to an angry mob of loons.