No one ever said it was easy becoming a deity. To accrue even the smallest core of followers, you need to create an entire universe in under a week—or, at the very least, write some sci-fi novels. But just occasionally, the criteria are lowered, leading to deification for all sorts of unlikely reasons.

10The Disgraced Scholar Who Became A Shinto Deity 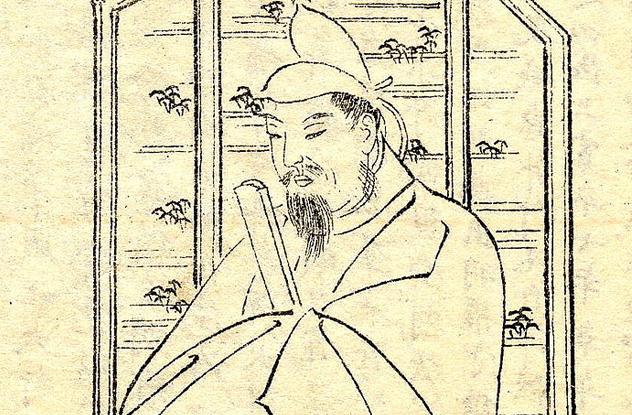 Late in the ninth century, Sugawara no Michizane was riding a real career high. A scholar of Chinese literature who’d risen to one of the most important ranks in the Japanese government, he had every reason to think he’d be remembered long after his death. And yet he probably didn’t realize how bizarre his veneration would turn out to be.

In the year 901, a court scandal saw Michizane falsely accused of plotting against the throne. As punishment, he was exiled to a remote province, where he died in disgrace two years later. His story should have ended there, were it not for a strange twist of fate.

Not long after Michizane died, a series of horrific accidents began to plague the Kyoto court. As they grew increasingly more lethal, people started to believe that Michizane had returned from beyond the grave to wreak brutal vengeance on his accusers.

Fearing his evil, scholarly spirit, the court issued a pardon and reinstated Michizane’s descendants. They also deified him as tenjin, the patron saint of literature. Apparently, this devotion was enough. The accidents ceased, and Michizane took his place in the Japanese pantheon.

9The Unknown GI Who Inspired A Cult 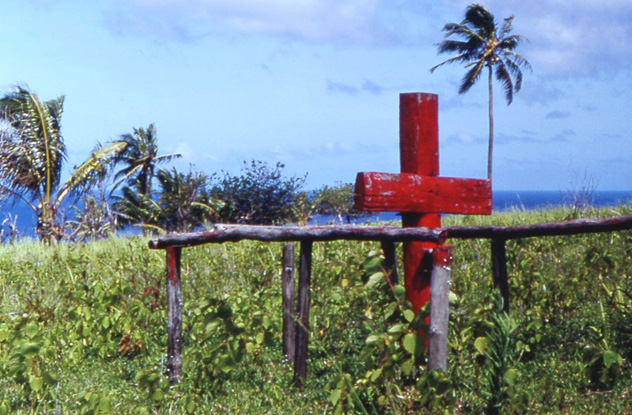 John Frum (if that’s his real name; no one’s completely sure) may well be the most lauded GI in military history. He wasn’t particularly brave, and he didn’t kill a notable number of enemies. He just happened to deliver some cargo to the obscure island of Tanna.

World War II was reaching fever pitch in the Pacific. American and Japanese troops were flooding into previously untouched islands, each hoping to gain an advantage in this apocalyptic war. For the local tribes, machines, equipment, and cargo—seemingly divine in origin—were suddenly raining down from the heavens, brought by strange-colored men. Religious cults soon sprang up around these gifts of cargo. One of the longest lasting of these was the cult of John Frum.

Today, it’s thought that Frum was simply a GI who brought a particularly large cargo load or showed some generosity to the locals. But to his adherents, he’s a god who will one day return, bearing gifts of ice-cold Coca-Cola and securing the freedom of the Tanna people. 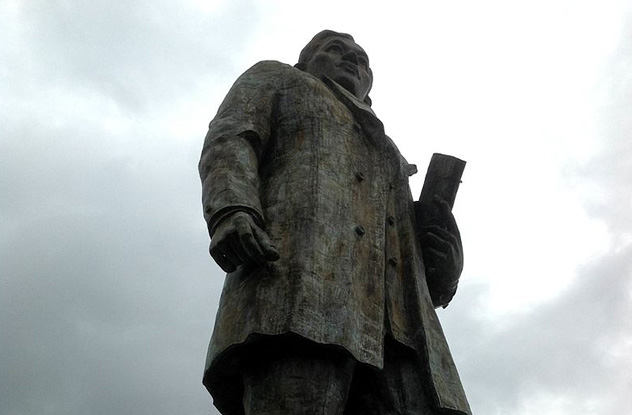 The 19th century was a bad time to be Filipino. The country was under the thumb of the brutal Spanish, and advocating self-rule earned you a one-way ticket to the nearest graveyard. Into this setup for a stirring drama stepped Jose Rizal.

An ardent patriot, Rizal wrote novels and poems on the Filipino identity. He also criticized the Spanish, likening their rule to a cancer. Although he personally advocated non-violent reform, the Spanish conveniently overlooked this when it came time to execute some nationalists. In 1896, Rizal was executed by firing squad, and his death spurred the Filipino revolution. It also inspired a brand new cult centered around the dead poet.

According to the Rizalistas, the man murdered by the Spanish was a “spiritual transfiguration.” The real Rizal is still alive and living in the forest of Mount Makiling, a physical embodiment of the Holy Spirit. Although the cult is currently on the wane, it boasted over 100,000 members just 30 years ago. 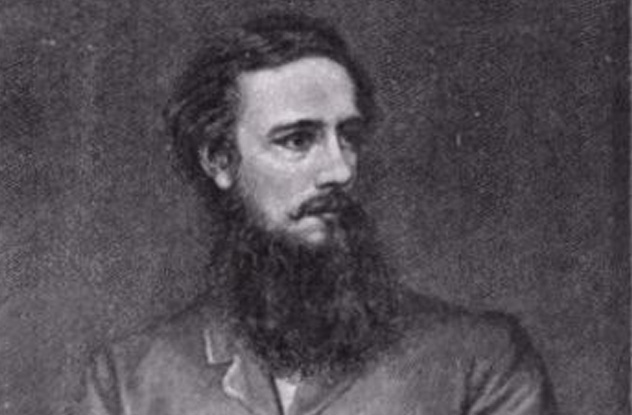 As district commander of Rawalpindi (now in modern Pakistan) during the days of British rule, John Nicholson was famous for his racism and brutality. He once personally decapitated a local thief, keeping the severed head on his desk. Another time, he beat a boy to death simply for walking in front of him. He also advocated burning mutineers alive and famously executed hundreds of Indians without trial. But none of this compares to his god complex.

An old-fashioned Messianic, Nicholson believed that it was God’s mission for him to slaughter as many Indians and Afghans as possible. As a result of this zealous streak, plenty of his victims came to believe that he was an incarnation of Vishnu. By the time he was 30, he’d attracted his own sect (“the Nikal Seyn”), who followed him around, worshiping him.

Even then, his hatred of Indians continued to manifest itself. Any of his followers who refused to be silent were publicly whipped. Although Nicholson died in 1857, his cult may have survived much longer.

6The Chinese Generals Deified By A Book 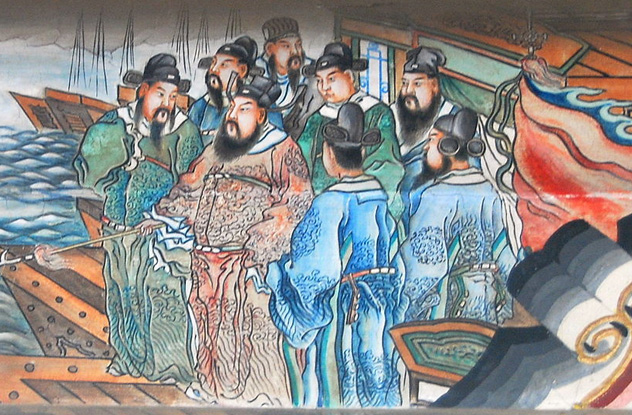 Sometime in the 14th century, Luo Guanzhong sat down to write a book known as The Romance of the Three Kingdoms. A barnstorming classic of Chinese literature, it features over 1,000 characters. Only two are popularly remembered: a Robin Hood figure called Guan Yu and the evil magician Cao Cao. Both were based on real people. Thanks in large part to the book, both are now considered deities.

Romantic legends had sprung up about the real Guan Yu’s powers and exploits ever since his death. Following the publication of the Three Kingdoms, this mythologizing reached new heights. In 1594, a Ming Dynasty emperor finally canonized him as god of war, precipitating the construction of thousands of temples.

Cao Cao was less lucky. After being depicted in the novel as an evil, unscrupulous villain, he became an important part of Chinese folklore as a possessor of black magic powers. Today, he’s regarded as a kind of Satan/Boogeyman figure—a far cry from Guan Yu’s glorious ascension to godhood. 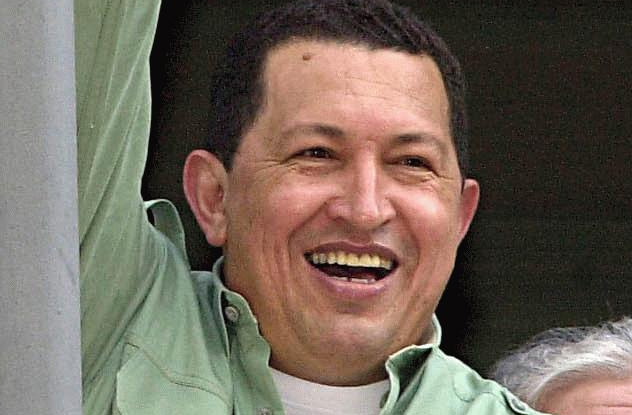 The day Hugo Chavez died, the whole of Venezuela was plunged into mourning, with an official shrine even set up to honor his memory. In the months following his death, it was even reported that his face had mysteriously appeared on a subway wall.

Almost from the get-go, Chavez’s successor, Nicolas Maduro, positioned himself as the dead man’s representative on Earth. He claimed that Chavez watched over him from nearby mountains and visited him in dreams, taking the form of a tiny bird to dispense wisdom. He had the party rewrite the Lord’s Prayer to begin “Our Chavez, who art in Heaven.”

According to observers, this deification of Chavez is less about belief and more a cynical attempt to help the dying Socialist party harness his memory. Yet it seems to be catching on. Already, plenty of Chavez supporters genuinely believe that his spirit is watching over them from Christ’s right side.

4The Egyptian Doctor Who Became One With Christ 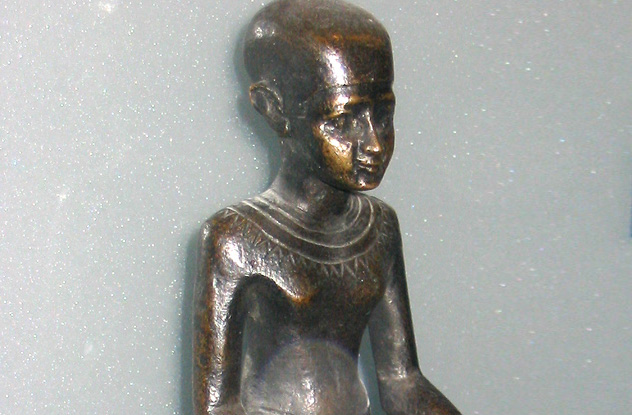 Imhotep was ancient Egypt’s premier doctor and architect. He was so respected that he was venerated as the patron saint of scribes. As time went on, his cult grew until he was fully deified, taking his place in the Egyptian pantheon. And it wasn’t just the Egyptians who venerated this long-dead polymath: The Greeks and early Christians joined in, too.

For the Greeks, Imhotep was another face of Asclepius, the god of medicine and healing. He was so respected that they built temples to him across their lands, many of which became centers for healing. The early Christians went one step further, conflating him with Christ.

Because early Christianity was extremely susceptible to pagan influences, it’s thought that the emergent Church simply had to absorb this belief until their followers could be weaned off it. It’s even been suggested that Imhotep’s legacy was responsible for the tradition of black Madonnas in European painting. 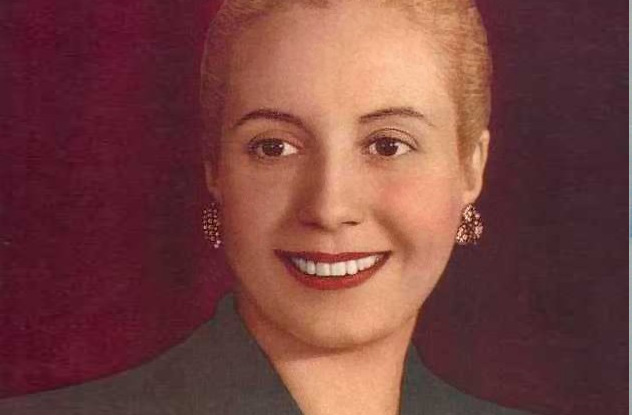 As first lady of a determinedly populist president, Eva Peron was referred to as “the mother of Argentina” and even got the official title “Spiritual Leader of the Nation” (a post that she technically still holds). Her commitment to charity and workers’ rights saw her practically worshiped in her home country. Then came her death from cancer at 33, and the “practically” part went out the window.

A week after her death, one of Argentina’s biggest unions wrote to the Vatican demanding that Evita be beatified. Across the country, hundreds of thousands of families set up shrines to her memory. Others reported that their dead first lady was literally working miracles.

Decades years after her death, the Evita cult was alive and well across the slums of Buenos Aires, despite a succession of military juntas trying to stamp out Peronism. Even today, shrines to her memory litter the country, a testament to her role as “the uncanonized saint of the poor.”

2The President Who Became A Shinto Deity 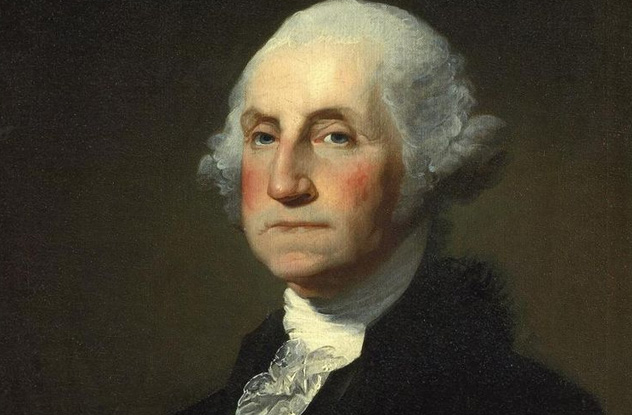 You may not be surprised to see how George Washington is revered as a demigod in America. What is surprising, however, is that he’s literally worshiped—as part of the Shinto religion.

For generations, Hawaii has welcomed a sizable number of Japanese immigrants into its borders, and many have continued to practice Shintoism. Although linked with its Japanese cousin, Hawaiian Shinto has its own pantheon of deities to worship. Chief among these is George Washington.

Today, America’s greatest president even has his own shrines where followers worship. Many of them fly the stars and stripes.

1The Prince Who Became God On Earth 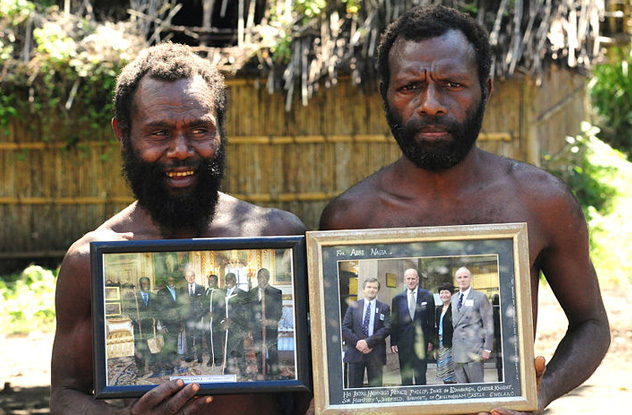 Remember the story of John Frum and the people of Tanna? He wasn’t the only man to be elevated to deity status by an island tribe.

Prince Philip of the UK (husband of the reigning monarch) came to the attention of villagers in Vanuatu in the 1960s, thanks to local colonial offices hanging his picture up. His life just happened to coincide with a series of local myths about a white-skinned mountain god who’d marry a powerful woman in a distant land.

Unlike nearly everyone else on our list, Prince Philip is not only fully aware of his worshipers—he also sends them gifts. Since the cult really took off in 1974, the Prince has sent its adherents autographed photos, including one of him posing with a ritual nal nal club. He even met them as part of a Channel 4 documentary, where he exchanged further gifts with the tribe.

Today, those photos and trinkets are the most prized possessions on the island. His followers are even convinced that he’ll one day return, but this prophecy has sadly yet to be fulfilled.