Prostitution is not just the world’s oldest profession; it is also one of the most ancient forms of worship. For millennia, sacred prostitutes have brought glory to their faith. Some work to profit their patron temple or deity. Others practice “imitative magic” – reenacting divine copulation in fertility rituals. Occasionally sex is used as an evangelizing technique. Given the powerful emotions and physical ecstasy of sex, sacred prostitution will endure. 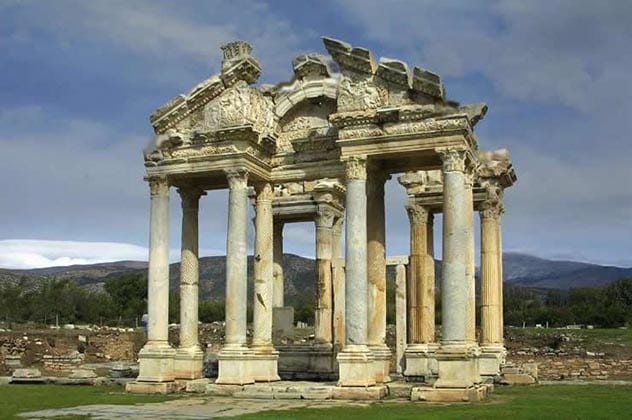 The Greek port of Corinth once excited the loins of the ancient world. The city’s patron god was Aphrodite. She appeared on their coinage and there were at least three temples dedicated to the Goddess of Love – including the main one on the lofty summit of Acrocorinth. According to Strabo, this temple of Aphrodite owned 1,000 prostitutes that worked around the clock to make money for their deity.[1]

Since the Renaissance, scholars have been compelled by this idea of sanctified sin in Corinth. However, there is doubt about just how holy these prostitutes were. Strabo’s tale was the only historic account of the sacred prostitutes. Excavations around the Acrocorinth temple reveal that there was not room to house 100 prostitutes – let alone 1,000. Odds are most of the prostitutes worked “temples” by the harbor. They were not representatives of Aphrodite – merely flesh merchants exploiting the city’s reputation for sex.[2]

9 Church of the Most High Goddess 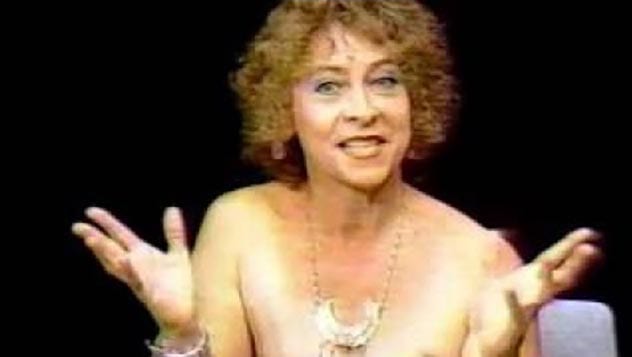 The Church of the Most High Goddess absolved the sins of its male members during sexual intercourse. Law authorities claimed it was nothing more than a brothel. According to founder Mary Ellen Tracy, the sect was reviving the Egyptian worship of Isis. Co-Founder William Tracy received a revelation in 1984 that he was to restore the ancient cult, and that his wife, Mary Ellen, was to have sex with 1,000 men to become a high priestess. Males were expected to make “religious sacrifices” meaning to pay or donate services in exchange for sexual absolution.[3]

The church amassed $50,000 in its three years operating in Los Angeles. The Church claims their unorthodox practices were protected under the First Amendment. Local authorities did not agree. A case involving Indian drug counselors who used Peyote in an ancient ritual indicated that the Constitution does not allow people to break the law in the name of religious freedom.[4] 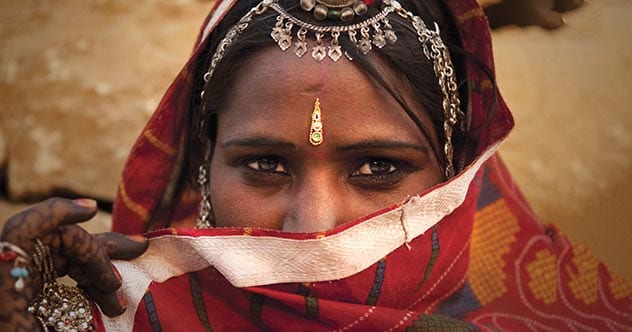 Devadasi – or “servants of god” – are sacred prostitutes in India. At an early age, they are donated to temples of Yellamma – the Hindu goddess of fertility. According to tradition, their virginity is sold to the highest bidder when the Devadasi hit puberty. Girls from lower castes are “betrothed” to Yellamma as young as four. They are strictly prohibited for marrying a mortal, and spend their lives in devotion to the goddess.[5]

For centuries, the Devadasi system has faced criticism that it was merely a concubine scheme for wealthy patrons. After being outlawed in 1998, temples have distanced themselves from the Devadasi. But the practice continues with an estimated 48,000 still in India. It is viewed as a means for poor families to unburden themselves of daughters. Often times the Devadasi wind up supporting entire clans. Once they are no longer sexual attractive, the Devadasi become Jogathis – eking out a living selling ceremonial wares and accepting handouts.[6] 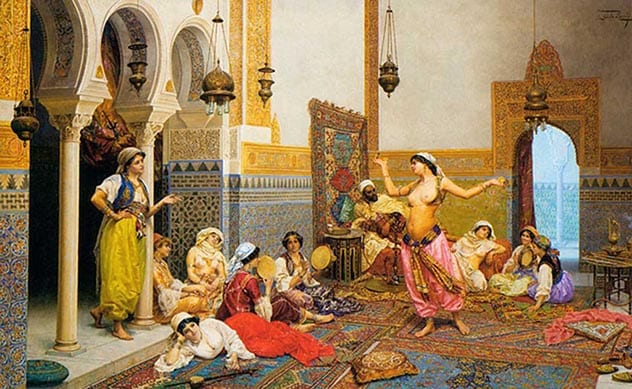 “Qedeshah” is one of the most confusing words in Hebrew. It has often been translated to “consecrated maidens” which scholars have thought meant “sacred prostitutes”. Many believe this practice emerged in Canaanite temples devoted to Ashtoreth. There has long been debate whether these sacred prostitutes were Jews or gentiles. Many modern Hebrew scholar believe that “consecrated maiden” is a mistranslation. The word simply means “harlot” without religious connotations.[7]

The masculine “Qedesh” has caused the greatest amount of controversy. While it literally means “consecrated one” the most common translation has been “sodomite.” Due to prohibition against this “profession” in Deuteronomy, scholars have come to argue that the Qedesh were specifically non-Jews who acted as sacred prostitutes in Ancient Israel. Jewish law also specifically prohibited accepting donations earned from prostitution. Some believe the qedesh served women. However, there is no non-homosexual analogue in the ancient world.[8] 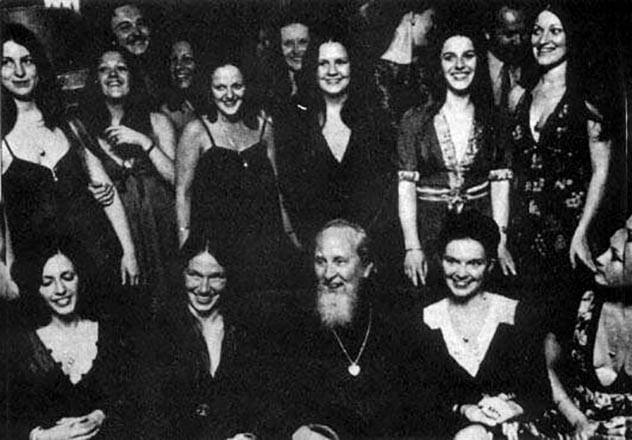 In the 1960s, California was rife with cults. One of the most notorious of these was The Children of God. Founded in 1968 in Newport Beach by former pastor David Brandt Berg, the sect is known for their most notorious evangelizing technique: sex. “Flirty fishing” was the idea of recruiting new members into the church through intercourse. Sex did not stop with recruiting. By 1987, the organization was facing charges of abduction, pedophilia, and an array of sexual abuses.[9]

The Children of God were controlled through propaganda – a cumbersome collection of sexual commandments and a series of more than 3,000 pamphlets. These “sacred texts” encourage polygamy, oral sex, incest, talking dirty to Jesus, and more. Surprisingly, the sect is still active. They have since changed their name to The Family International.[10] 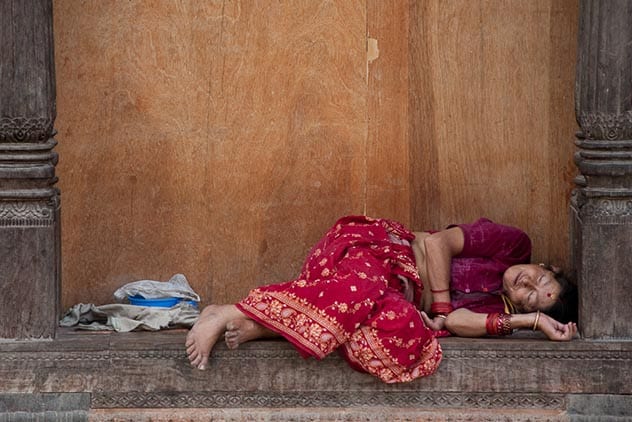 In Nepal, families offer young girls to temples in exchange for good fortune. Known as Deuki, these girls work as sacred prostitutes. According to local tradition, having intercourse with them can cleanse sin. While many Deuki come from poor families, rich families occasionally purchase daughters from poor families to present them to temples. The offerings must occur before puberty, while the girls are still “pure”.[12]

Until the 1980s, this was a common practice in Western Nepal. Now outlawed, the practice endures in the shadows with an estimated 2,000 remaining. Deuki cannot marry. However, they are allowed to have sex with anyone that visits their temple. Often times they have no choice but to accept any suitors in exchange for food, clothing, and money. There has been a nationwide campaign to curb the practice. Many young Deuki have been rehabilitated. However, this transition is extremely difficult for seasoned Deuki.[13] 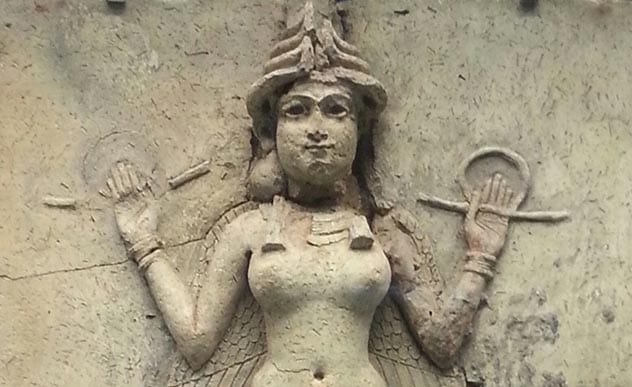 The Greek historian Herodotus noted that every Babylonian woman was required to participate in ritual prostitution at least once at the temple of Ishtar. The sacrament was believed to be a prayer or hope for fertility. However, Herodotus is a notoriously unreliable narrator.[14]

Bias aside, sacred prostitution did occur for millennia in Mesopotamia. Temple priestess of the fertility goddess Ishtar would participate in ritual sex with male visitors. Known as “Nin-gig”, they were entirely different than the secular prostitutes, who plied their trade in this ancient land. Sumerians and Babylonians both participated in the practice. Sacred marriage rituals between Ishtar and the shepherd god Dumuzi were considered essential to the yearly cycle.[15]

Many believe that Easter is a Christian appropriation of a holiday celebrating Ishtar. While it is well known that Christians borrowed many pagan holidays, is more likely the Easter derived from the Germanic Eoster – the goddess of dawn and bringer of light.[16] 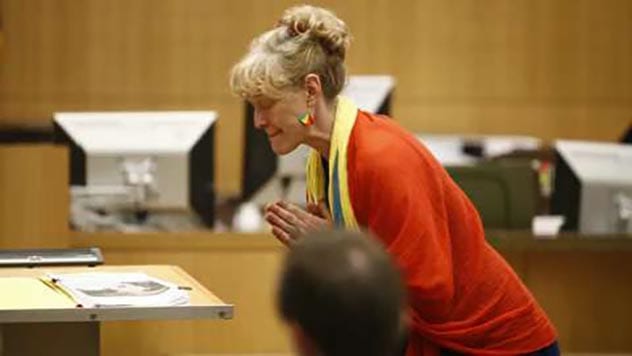 Tracy Elise, a 55 mother of three from Arizona, faces 22 counts of prostitution, which could lead to 70 years behind bars. Elise considers herself a priestess for The Goddess Temple. The state of Arizona considers her a pimp. The Maricopa County District Attorney accuses Elise of running a brothel behind the veil of a “healing temple.” In her church, Johns were “Seekers,” madams were “gatekeepers,” and prostitutes were “goddesses.”[17]

Elise relied on her Constitutional right to religious freedom to protect her from prosecution. She claims that the “healing” provided by her “goddesses” was an expression of her faith. The practices trace their origin to the ancient Indian art of Tantra. The goal is to unite two lovers – mind, body, and soul. The District Attorney argues that Elise accepted money for sex. However, this becomes complicated because The Goddess Temple only accepted donations. Elise claims that sex was only one component of the healing experience.[18] 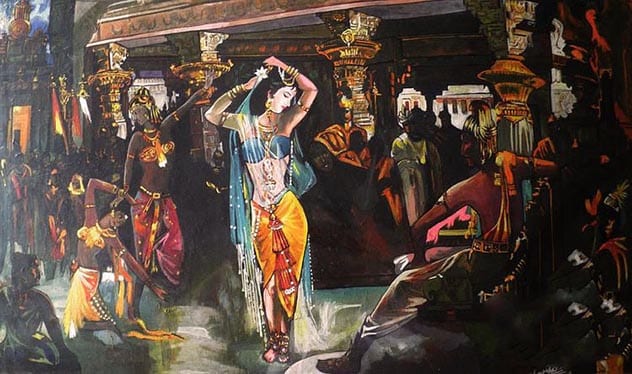 According to ancient Hindu tradition, the most beautiful girls would compete to become Nagarvadhu or “Bride of the City.” This was a complex and important role that merged courtesan with sacred prostitute. They were connected to both the court and temples. These characters were beloved for their power and auspiciousness are often the central characters of ancient Indian drama and narratives. The most famous is Amrapali, who abandons the material world when Buddha enters her life and reveals “the truth.”[19]

Nagarvadhu gave up their sexual autonomy. They were allowed to take lovers, but could not restrict themselves to one. Their services were in high demand. Usually only princes and high caste men could afford their services. Men that could not win or pay for their affections wrote verses to them praising their cruelty and power. However, they were also responsible for being storehouses of culture. Many were extremely cultured and knowledgeable musicians, dancers, and conversationalists.[20] 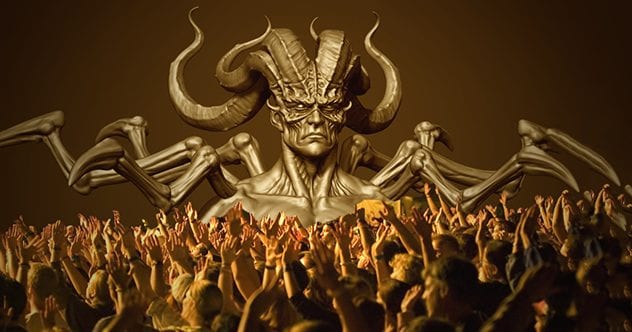 Baal worship was the bane of the Ancient Israelites. It proved extremely hard for a monotheistic faith to compete against the Canaanite fertility cult. A complex religion with traditions and gods from all over the ancient Middle East, Baal worship offered something for everyone. Sacred sex was a key component. This involved ritual intercourse between priests and priestesses, as well as sacred prostitutes of both sexes. The practice encouraged fertility through imitative magic – reenacting the union between Baal and his consort, Ashtoreth.[21]

Temples of Baal and Ashtoreth were often housed together. Priestesses worked as temple prostitutes. “Sodomites” were employed as male sacred prostitutes. Rituals often involved orgiastic celebrations. Wine was consumed in vast amounts to celebrate Baal’s blessing of the vineyards. One of the most powerful forces attracting people to the religion was promiscuity and licentiousness. Child sacrifice was a less appealing aspect.[22]

For more lists like this, check out 10 Fascinating Facts About Prostitution In The Victorian Era, and 10 Terrifying Ghost Stories Of Dead Prostitutes.

About The Author: Abraham Rinquist is the executive director of the Winooski, Vermont, branch of the Helen Hartness Flanders Folklore Society. He is the coauthor of Codex Exotica and Song-Catcher: The Adventures of Blackwater Jukebox.