It’s hardly a surprise there’s some truth to the world of Orange Is the New Black. Piper Kerman’s memoir about her real-life federal prison sentence serves as the basis for the show. So no one is shocked to learn that, just as in the show, real guards have breakdowns, officers are mean, and that the surveillance cameras are a little wonky.

But the show also contains plenty of material that seems tailor-made for audience entertainment. Some of these elements are very different from reality. Others, as weird or surprising as they seem, are totally true to life, as I know from the six years I spent at York Correctional Institution in Niantic, Connecticut. 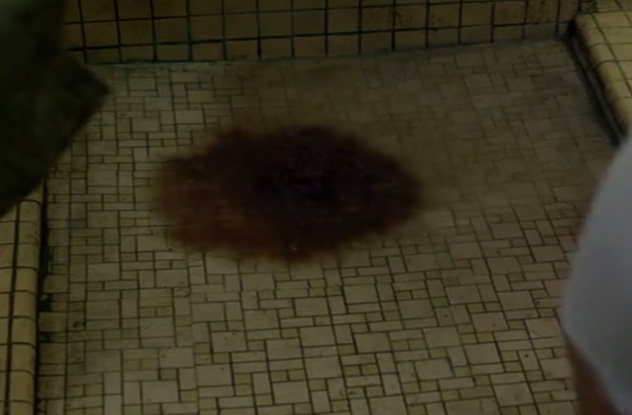 In the episode “Low Self-Esteem City,” excrement gurgles up out of a shower drain. It seems like a dramatic construct because it creates some convenient character tension. But this sort disaster is commonplace in prison. In a suit against the Eastern Mississippi Correctional Facility, the ACLU and the Southern Poverty Law Center listed feces flooding the floors among several examples of abuse in prison.

During my tenure, I cleaned human feces—which was not mine—from the kitchen floor when a kitchen worker missed the toilet and tracked it around the scene of industrial food production. Another inmate who was mentally ill fished her own turds out of the toilet and collected them in a contraband baggie. Swirls of excrement decorate the painted concrete walls in the female cell of the courthouse lockup in Derby, Connecticut. They date back to before 2007. 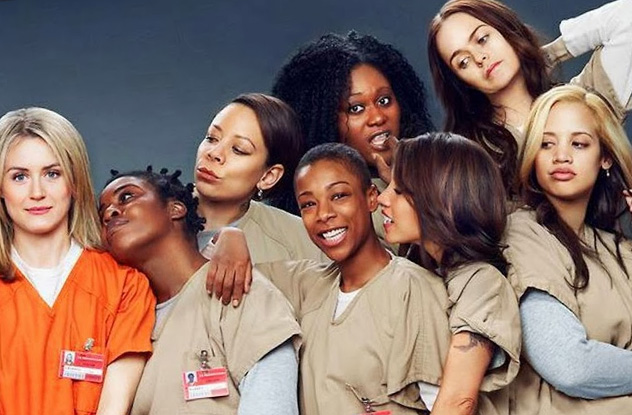 Typecasting doesn’t come from nowhere. I saw people just like several of the characters on the show, and I’d venture that every women’s prison has one of each of them.

The show features a whole group of thin, Hispanic women, as did my prison. I knew someone just like Yoga Jones—a holistic, Buddhism-bearing yoga teacher in jail for a savagely violent crime.

There were plenty of boyish lesbians like Poussay. I knew a mother-daughter pair that switched between support and betrayal, just like Daya and Aleida. And I knew an elderly, proper, disdainful, African-American murderess just like Miss Claudette.

I was the Piper Chapman character, an educated, upper-middle class white woman who knew only academic statistics on drugs and prostitution. I think there’s one of us in every prison, although I am not sure who replaced me. Piper’s lesson on the real meaning of Robert Frost’s “The Road Less Traveled” choked the other prisoners on Orange Is the New Black, but it went down a lot easier than one I offered. I tried to teach why fistulas are an important international public health problem after a few women read Abraham Vergese’s novel Cutting for Stone. Every idea that bubbled out of my mouth dropped like a lead balloon. 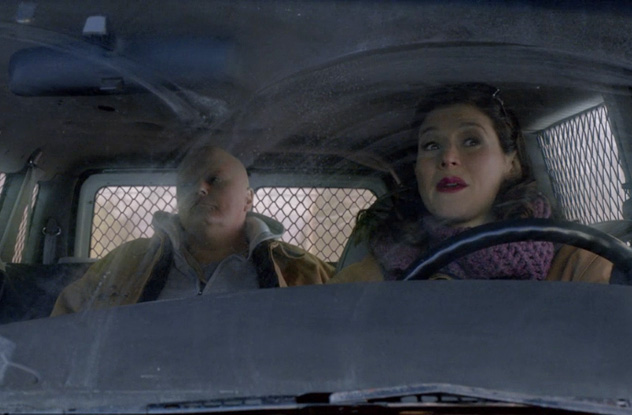 A prison break is a great indicator that a warden might not be doing his job. Probably more than the public safety threat, the embarrassment caused by an escape motivates prison staffers to keep inmates penned in. Yet despite this need to keep prisoners on the grounds of the facility, some prisons actually allow the inmates to leave the place, sometimes legally driving a government-owned car.

Litchfield Prison gives the fictional Lorna Morello (played by Yael Stone) keys to a van and lets her drive inmates to various appointments, even outside the prison. She veers off-route in one episode to burglarize her ex’s house.

The minimum security portion at York Correctional Institution has no fence around it at all. Yet when the prison’s multi-year streak of no prison breaks ended in 2013 after three inmates escaped within 90 days, investigators had to examine how it had happened. The answer was simple: The inmates had walked away.

Most inmates get off facility grounds because they’re allowed to. Then everyone acts shocked that inmates were given freedom and actually took it. 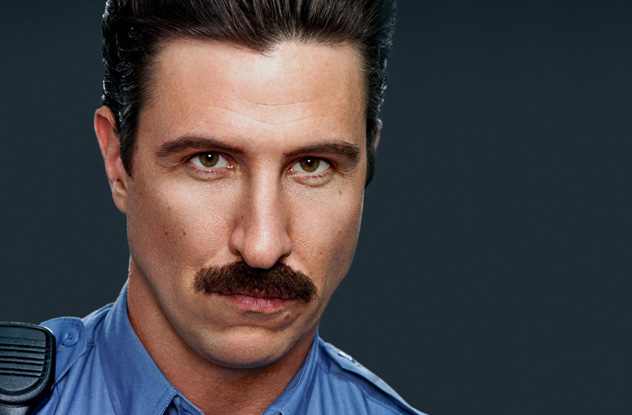 In the episode “Fool Me Once,” Officer “Pornstache” gets caught having sex with Daya Diaz. Deputy warden Figueroa places him on leave, insisting, “We are not putting rape on the record right now.”

The Prison Rape Elimination Act (PREA) weighs so heavily on wardens that they often throw prisoners into solitary for dalliances as tame as displaying a full leg tattoo or dancing seductively, as depicted in the show. PREA enforcement has to be heavy-handed. Thousands of prisoners accuse staff of sexual misconduct every year. Yet when someone catches a staff member actually having sex with an inmate, as clear a violation of the federal statutory rape law as possible, the guard often doesn’t catch the boot. Instead comes the reward of a soft landing: administrative leave.

While I was at York Correctional Institution, one kitchen supervisor caught another supervisor bending an inmate over cases of frozen spinach in the walk-in freezer. He got paid administrative leave. He eventually ended up being charged and convicted but not as a sex offender. Until his day in court, he collected a full salary.

6“Safe Place” Is Anything But 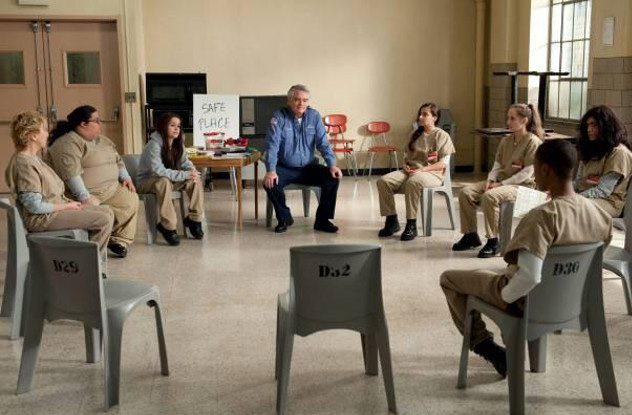 In the “Take a Break from Your Values” episode, to feel less like a psych patient himself, officer Sam Healy starts “Safe Place.” The group therapy session lets inmates express themselves without fear of criticism or recrimination. Then it becomes a spying portal, a manipulation, and an opportunity to gorge on imported cookies—and then one of the most dangerous places in Litchfield prison.

York Correctional Institution had “Safe Passages.” It began as a service for suicidal inmates but became the cool-kid hangout when women realized they could meet their girlfriends there. As I walked to the medical unit one day, a coworker spied one of the Safe Passage diehards through the window and asked, “Is that Safe Passage?”

“I’m pretty sure it is,” I answered, assuming that she wanted to join. But she sprinted ahead and barged into Safe Passage and severely beat one of the inmates there for “talking about her daughter. The facilitator, a volunteer from outside the Department of Correction, didn’t dare intervene because she thought the assailant would catch her and slam her against the door. 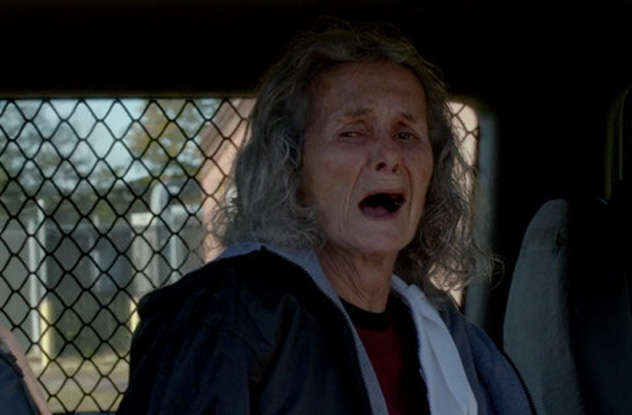 Across the country, 58 prisons have hospice programs to provide palliative care to dying inmates. In an anti-crime culture, wardens can split the difference between humanity and hyper-incarceration with hospice treatment. Release cases that are actually granted are done to benefit the prison, not the inmate.

4Addicted To The Kitchen Cabinet 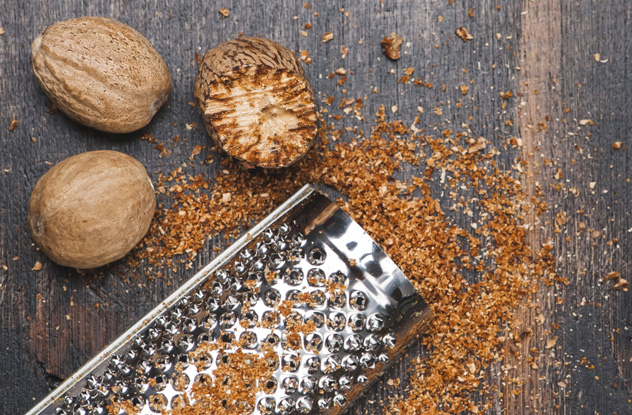 In one episode of Orange Is the New Black, meth-head rednecks Leanne and Angie break into the kitchen and swallow nutmeg from the kitchen pantry. Later, they hallucinate and laugh.

Nutmeg contains myristicin, which has a chemical structure similar to mescaline, the active compound in peyote. The body converts it to an amphetamine-like psychedelic drug. The problem with a nutmeg high is that it takes a lot (4–8 tablespoons, swallowed) to arrive at the top floor, and the trip to the trip makes you sick. To ease the side effects of nutmeg, inmates wash it down with hand sanitizer.

3The Garden Is Always The Site Of Sin 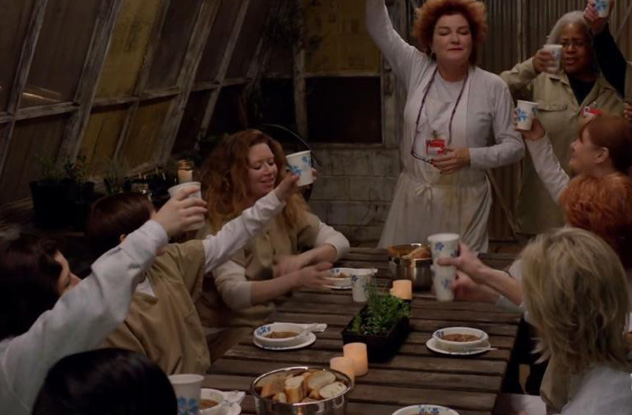 After a character on the show proposes a therapeutic gardening program, she uses the greenhouse drain pipe to shuttle in eye shadow, Jolly Ranchers, and other contraband.

Prisons in many states do have gardening programs because they help rehabilitation and provide a service to the community. All 18 of Connecticut’s prisons have gardens. In 2010, they produced 16,000 kilograms (35,000 lb) food. Prison gardens are also said to reduce recidivism. “A garden is one of the few things in prison that one could control,” Nelson Mandela wrote in his autobiography, Long Walk to Freedom. Gardens are supposed to be good.

But gardens would probably be even more effective if their leaves and soil did not provide cover for misconduct. The garden was where Adam and Eve broke bad—because they had control of the garden.

York Correctional Institution had a toolshed, a locked and windowless room where guards would shed their pants and store tools. Inmate weeders would pull out of garden duty and have sex there. The garden also earned crime scene tape for being the place in a prison with the highest theft rate because inmates and guards steal the fresh vegetables. In prison, good girls stay out of the garden. 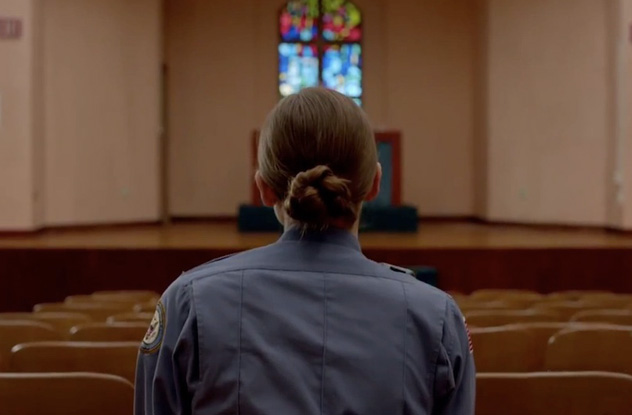 The juxtaposition of sexual positions and the holy cross comes off as funny irony in Orange Is the New Black. But sex goes on in a prison churches and worship areas more than audiences would expect.

Courts support inmates’ First Amendment rights, even going so far as to protect inmates’ religious rights to a tribal tobacco ceremony, so no one can keep a prisoner from religious services. Prisoners use this protection to exercise another constitutional right: freedom of association, which is really just freedom to sneak one’s hand down a girlfriend’s pants.

So they screw up a storm in church—even my prison church, which had no privacy at all because it was just a hallway with chairs and a plywood altar. 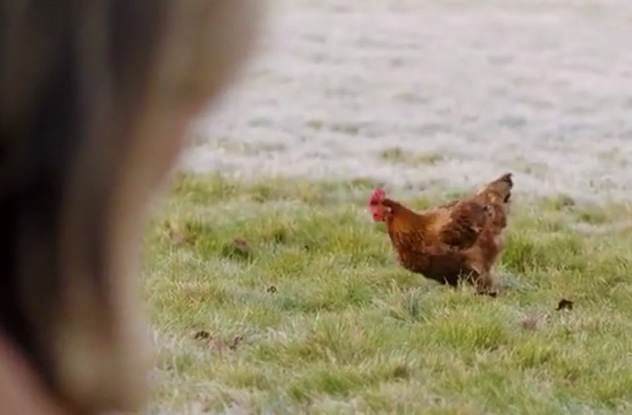 Kate Mulgrew’s Red fantasizes about catching and butchering an elusive chicken that wanders onto prison grounds. Audiences thought it was a joke, but prisons are actually rife with wild animals that don’t wear inmate numbers.

At York, flocks of geese would land on the compound and walk the line with us. No one wanted to catch, kill, and cook them because only three inmates (including me) had ever eaten goose. They had no idea how tasty the animals outside their windows could be. If they knew, those geese would have been dead ducks.

The culinary reason for chasing the chicken is at least palatable to audiences. Once, however, a Wiccan inmate brought a dead goose back to her cell for a different purpose. She sniffed some nutmeg, dissected the bird with a plastic spork, and tied the animal’s heart to a ribbon. She gifted the ribbon-heart to her girlfriend.

The two of them routinely had sex in the garden. They hadn’t been able to attend Mass together ever since the Wiccan had declared herself part of a religion with no formal services. The one day that the girlfriend skipped gardening was the day the Wiccan had time to go and catch the goose. Rumors abounded that she killed it herself. In a safe place.

Chandra Bozelko is the author of Up The River: An Anthology and blogs about her prison experiences at Prison-Diaries.com.