The Louisiana State Penitentiary, better known as Angola prison, has earned nicknames such as “The Bloodiest Prison in America” and “Alcatraz of the South.” Angola is the largest maximum-security prison in the United States, and it was once known for its harsh working environments and brutal violence.

The prison has since calmed down, but it is still home to thousands of inmates who will never enjoy life outside its walls again. And despite improvements over the years, legal battles concerning its conditions are hardly a thing of the past. Here are ten shocking facts about Angola and its history. 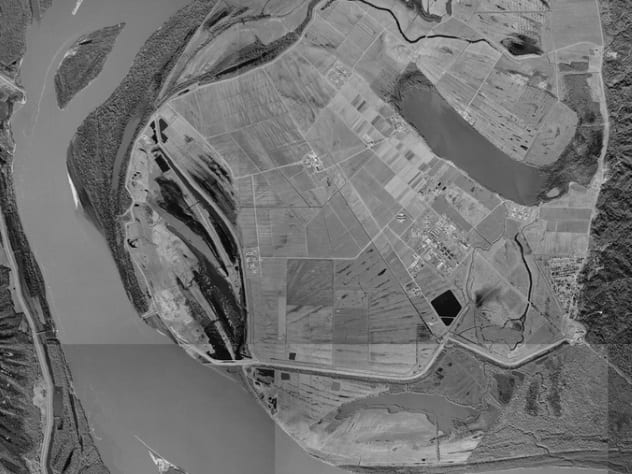 In 1880, former Confederate major Samuel James purchased an 8,000-acre plantation in West Feliciana Parish called Angola. It was named after the area where former slaves came from in Africa. He kept some inmates there at the Old Slave Quarters. The Louisiana Board of Control purchased Angola in the early 20th century, but the 8,000 acres and 10,000 surrounding acres were later sold to Henry Fuqua. He held the position of warden at the prison until he became governor.

Today, the Louisiana State Penitentiary is America’s largest maximum-security prison and sits on more than 18,000 acres. Angola Prison is located at the end of Louisiana Highway 66 and is bordered on three sides by the Mississippi River.[1] The site is home to about 6,300 inmates and employs around 1,800 workers. There is also a museum located at Angola, and more than 120,000 people visit it every year. 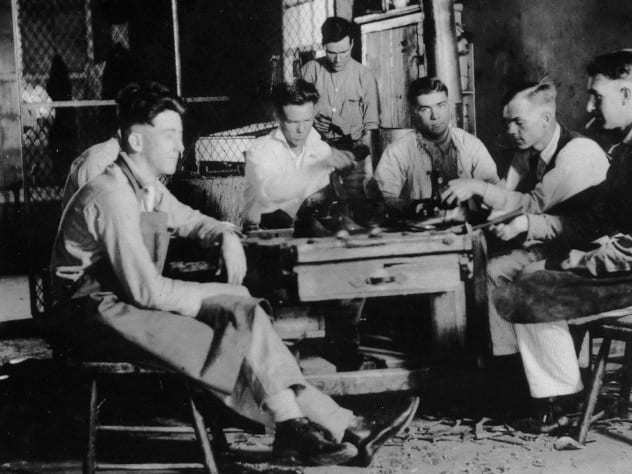 Some of the most dangerous criminals in Louisiana are grouped together at Angola, and it has been known to be one of the most violent prisons in the United States. Just in 1992, the prison experienced 1,346 assaults, including both inmate-on-inmate and inmate-on-staff attacks. That number has decreased to just a few hundred per year as of late. These numbers shouldn’t be surprising, though, since, as mentioned, Angola is the largest maximum-security prison in the US and mostly houses inmates serving life sentences for violent crimes.

One of the prison’s nicknames was “The Bloodiest Prison in America.”[2] The facility’s onsite museum is home to several homemade weapons fashioned by those behind bars at Angola. The weapons include several knives made from various items and a shotgun crafted from metal pipes. Visitors will also notice a spiked ball on a chain, two medieval axes (how those got in is anyone’s guess), and a meat cleaver that were responsible for several inmate deaths. There is no denying the very violent past of Angola prison. 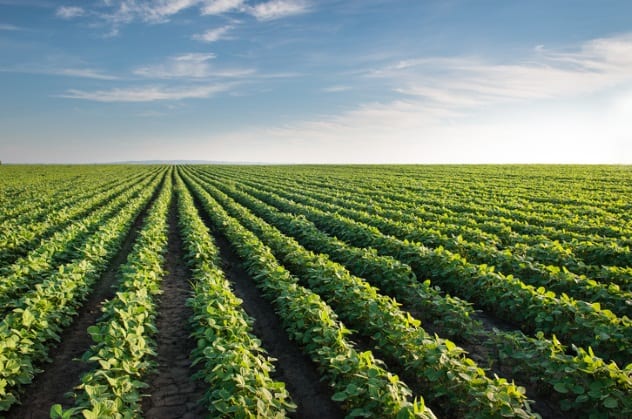 Before the Civil War, Angola was once a plantation filled with crops, and it has now earned the nickname “The Farm” due to the massive farmland that sits on the prison grounds.

The prison grounds are filled with an abundance of vegetables and fruits that are grown by prisoners. These crops are then used to feed the men who call Angola home. The food produced at the farm is almost enough to supply most of the prisons in Louisiana.[3] 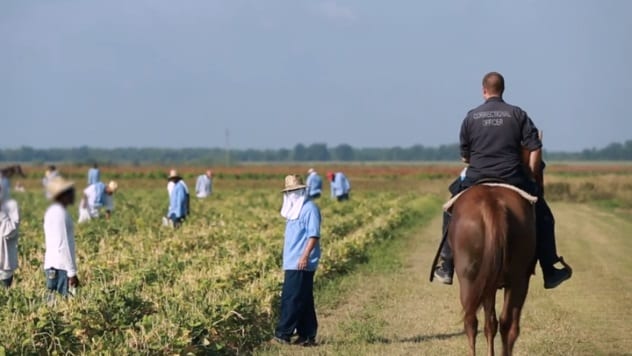 The inmates at Angola are taught to work as soon as they arrive. Former prison warden Burl Cain said that many of these men didn’t know how to work, and making them learn to work would be a huge part of their rehabilitation. Whether they like it or not, prisoners are given a job soon after arriving. Once a prison doctor clears an inmate, he is immediately put to work.[4]

Cain said that the work assigned to each inmate gives them a day-to-day purpose by fostering skills and achievement. Working the fields located on prison grounds is one of the more popular jobs, but prisoners are also encouraged to learn trades. Many trade jobs, such as automotive, culinary arts, and plumbing, are offered to inmates. Prisoners serving life sentences teach these skills to other inmates, and those who will be released can use their trades toward rehabilitation after their sentences are over.

The Angola Prison is the longest running prison rodeo in the United States.

The longest-running prison rodeo in the nation is held at the Angola prison. In 1965, the arena was built by inmates. What started as entertainment for only inmates and prison employees has now turned into a spectacular event for everyone to enjoy. The rodeo opened to the public in 1967, and it has continued to grow in size and popularity each year.[5]

Every Sunday in October and one weekend in April, inmates from Angola entertain thousands of visitors with rodeo performances. Bull-riding, barrel-racing, bull-dogging, cow-milking, and convict poker are just a few of the events that can be seen at the rodeo. If you’re not into rodeo games, a craft show features arts and crafts created by the inmates. Some of the handmade items for sale include rocking chairs, tables, birdhouses, signs, bowls, and children’s toys. 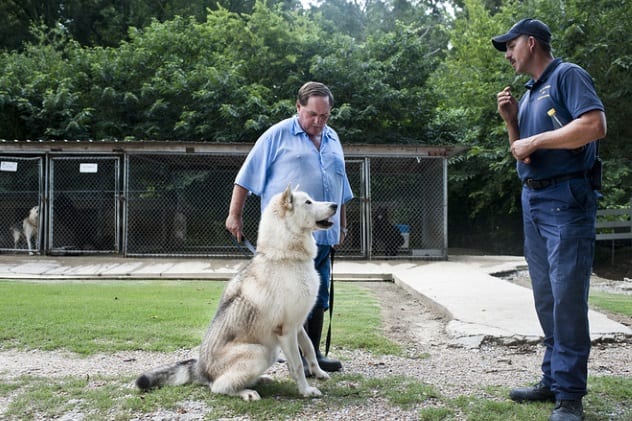 In 2012, the prison was forced to lay off guards and close guard towers due to state budget cuts. Warden Burl Cain decided to use wolf-dog hybrids to make up for the lost guards. The special type of dog bred with a wolf was used to patrol fences at night to ensure that inmates didn’t get any bright ideas.[6]

There were 105 guards laid off, and 35 of the 42 guard towers stood empty. Cain said the average guard made about $34,000 per year, while the entire 80-dog canine program cost the prison only $60,000 per year. The dog hybrids guarded three of the seven complexes on the prison grounds and worked well as a strong deterrent. A wolf-dog that was sentenced to euthanasia was once saved by the prison to help guard the grounds. The terrifying hybrid once horrified its neighbors, but the dog is now used to scare the inmates at the maximum-security prison. 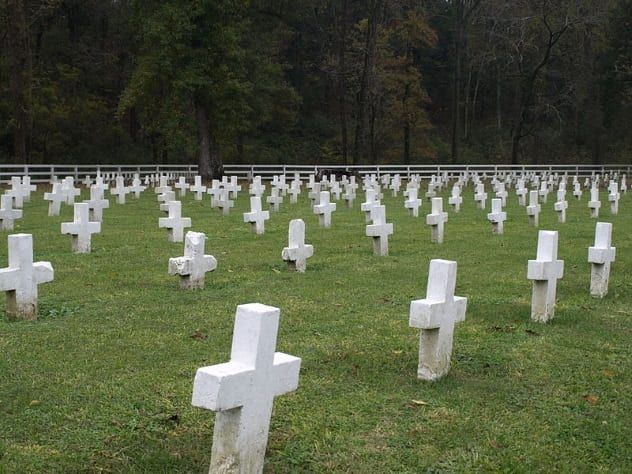 Roughly half of the prisoners who die at Angola are buried on prison grounds because they have no one to collect their remains. Funerals at Angola consist of handmade coffins and horse-drawn carriages and are mostly conducted by other inmates. Those handmade coffins are made by the inmates working as carpenters. It takes roughly a week to produce the birch and pine coffins, and they always keep a few in their inventory.[7]

Billy Graham, an American Christian evangelist, died on February 21, 2018, and was buried in a handmade casket from Angola. Franklin Graham, Billy’s son, once visited Angola and noticed the caskets made by the inmates. Franklin told the warden that his dad would love to be buried in one of those coffins because it was so plain and built by prisoners. The Grahams ordered six coffins in all. Billy’s wife Ruth was buried in her coffin in 2007, and Billy Graham was laid to rest in his handmade coffin on March 2, 2018. 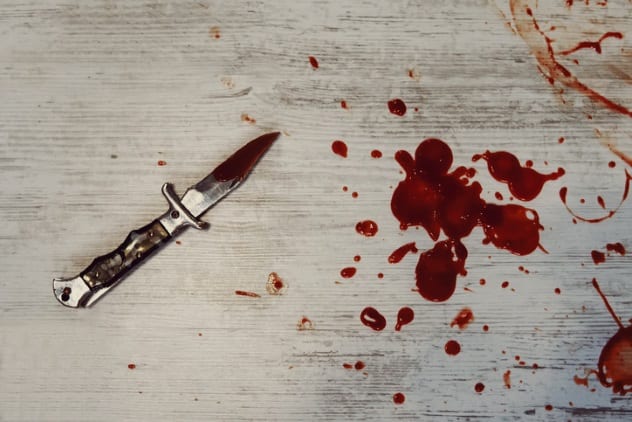 Angola is known for its violent past and harsh working conditions. In the 1950s, 31 prison inmates cut their Achilles tendons in protest to the hard work and brutality at Angola.[8] Imagine work being so tough that you would rather cut your Achilles tendon.

After hearing about the crazy protest, Judge Robert Kennon established a campaign for governor that promised to clean up Angola and do away with the harsh working conditions. Governor Kennon made good on his promise, and this period at Angola was remembered for massive reform. 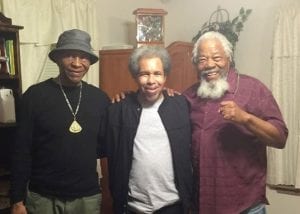 The Angola Three are former prison inmates who were placed in solitary confinement after being convicted of the murder of a prison guard. Robert King (left above), Herman Wallace (not pictured), and Albert Woodfox (middle above) proclaimed their innocence and believed they were targeted for the murder because of their membership with the Black Panther party.[9]

Robert King spent 29 years in solitary confinement before his release in 2001. Since his release, Robert King has worked as a speaker on prison reform and the justice system. He has been featured in numerous print, media, and film articles and interviews worldwide.

Herman Wallace spent 41 years in prison before being released in 2013 due to his liver cancer. Wallace died just days later.

Albert Woodfox was the longest-standing solitary confinement prisoner in the United States. He spent almost 43 years stuck in solitary before being released after his conviction was overturned in 2016. A committed activist in prison, he remains so today, speaking to a wide array of audiences, including the Innocence Project, Harvard, Yale, and other universities, the National Lawyers Guild, as well as at Amnesty International events in London, Paris, Denmark, Sweden, and Belgium. He lives in New Orleans. 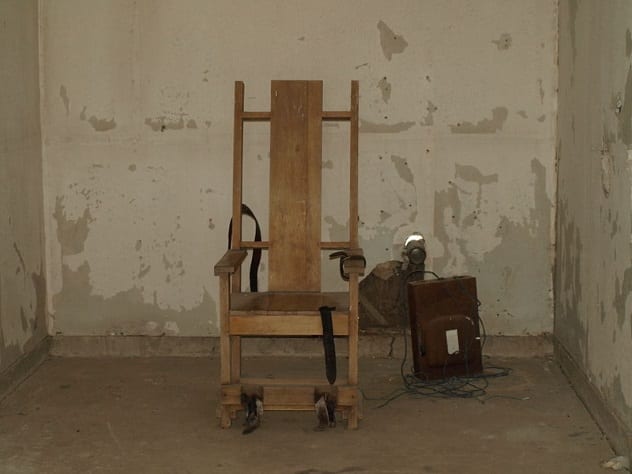 Electrocution was conceived as a form of execution in 1881 by Alfred Southwick, who developed the electric chair. Gruesome Gertie, the electric chair at Angola, was built and nicknamed by the prisoners. Gertie (replica pictured above) claimed the lives of 87 inmates before its end in 1991. Gertie was most known for the execution of Elmo Patrick Sonnier, who was the subject of the movie and book Dead Man Walking.[10]

The wooden electric chair with leather straps is no longer used on prisoners, but it can still be seen at the Angola Museum. The chair sits in a corner with a clock above with the time frozen at 12:01. The Angola Museum is the only prison museum in the country operated from within an active prison and is home to several other historical items from Angola’s past.

Read about more prisons and their brutal histories on Top 10 Infamous Wartime Prisons and 10 Secret CIA Prisons You Do Not Want To Visit.