Pop culture spends a large amount of time imagining any number of events and scenarios that might take place someday. Usually, these stories end up being little more than conjecture and imagination. Every once in a while, however, someone gets one right. Books, TV shows, and movies have all managed to hit eerily close to home on events that would occur far after their fictional conceptions. 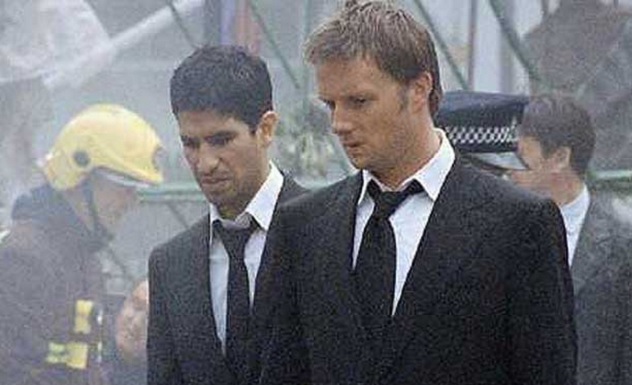 Several times throughout the run of the popular British TV show Spooks, scenes would be filmed weeks (or sometimes months) before the same scenes would play out on the evening news. Noted episodes include a story where London had to deal with being on lockdown after a presidential visit, only to see the real thing shortly thereafter when President George W. Bush arrived in the United Kingdom. In another episode, the characters dealt with the chaos of a race riot, only to have the exact same thing happen on the same night that the show aired.

However, the most well-known occurrence was when the producers filmed a show about bombings on a London train. When the terrorist attacks now referred to as the “7/7 Bombings” actually took place, the episode was almost pulled. Eventually, however, it saw air time—heavily edited, and with a very strong warning to viewers.

9Super Mario Brothers (1993)
The Destruction Of The World Trade Center

In the years after the 9/11 attacks on NYC, images of TV shows, card games, hidden messages, and anything else that seemingly prophesied the horrible event popped up all over the Internet. Some seemed credible and others were quite a stretch, but they all suggested that perhaps someone knew in advance what was going to happen and had attempted to encode their knowledge in pop culture.

Perhaps the version that came closest to real life was a scene from 1993’s Super Mario Brothers movie. At the end of the film, the World Trade Center towers begin to dissolve on camera. First, both towers dissipate in a cloud of black smoke. Then, the South Tower top disappears, leaving a half-destroyed building behind. A second later, a hole opens up in the North Tower at approximately the same location where the terrorist attack takes place eight years later. 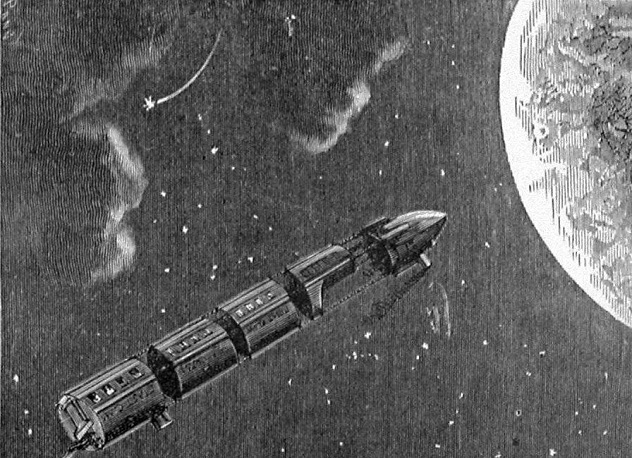 Over 100 years passed between Jules Verne publishing his classic work From the Earth to the Moon and the actual moon landing. Now, the fact that a science fiction author predicted that we would one day set foot on a nearby celestial is not surprising on its own. But Verne’s specifics came incredibly close to reality, which astounds scholars to this day.

In Verne’s version, the United States was the first nation to successfully make it to the Moon, as was the case in real life. Upon returning to Earth, Verne’s astronauts touch down in the Pacific where the Apollo 11 mission landed over a century later. Other similarities included Verne’s prediction of weightlessness in space, three men flying to the Moon together, the general size and shape of the capsule that the men rode in, and the use of retro rockets (which were a key component in the Apollo 11 mission).

In the 1960s, it was virtually unthinkable that a reasonable and learned American public would ever nominate—let alone elect—someone as far removed from politics as a movie actor for president. The premise was such a joke that the classic variety show Rowan And Martin’s Laugh-In wrote a sketch entitled “News From the Future” in which just such a scenario played out. The sketch suggested that in 1988, the United States would elect Hollywood star Ronald Reagan as their president. As it turns out, the only thing they got wrong was the year, as President Reagan actually began his first term in 1980.

Further stretching their predictive powers, Laugh-In also predicted that the Berlin Wall would collapse in 1989. Not only did they nail that prediction, they even nailed the exact year. The show also predicted the Wall would be replaced by a moat full of alligators, though that has not yet occurred as of this writing. 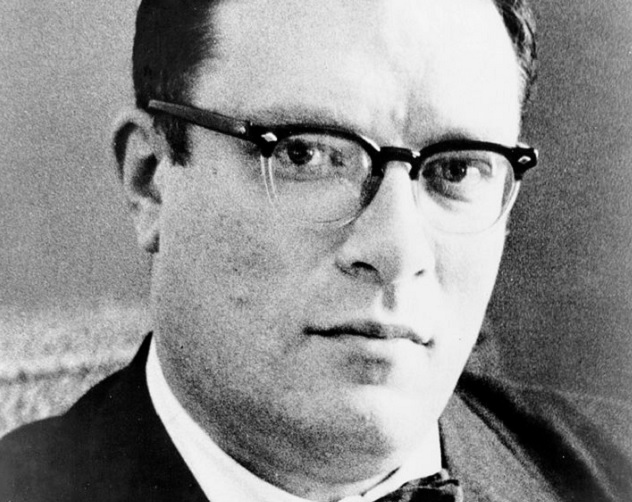 With over 500 publications to his credit, Isaac Asimov is one of the most prolific writers of recent history. He was also one of the most prophetic. Asimov was asked during the 1964 World’s Fair what his predictions were for the next 50 years. He suggested a world of increased dependency on robots, antidepressant drugs, and connection across vast distances. He predicted that the main focus of education would take a turn toward maintenance of our technology and away from trade skills. He also foresaw televisions becoming large flat panels and the emergence of 3-D programming.

In an interview conducted near his death in 1992, Asimov was again asked what he saw as mankind’s future. He predicted what many believe to be mankind’s greatest achievement of the 20th century: the Internet. However, he overestimated the joy that young people would find in learning and underestimated how much they would love playing Angry Birds.

Though it was clearly intended as a joke (given the source), an episode of the absurdist comedy series Scrubs involved the typically surly janitor character casually commenting that he expected to find Osama bin laden—then the most wanted fugitive in the world—in Pakistan.

This flew in the face of what most believed. Four years before the actual capture and murder of the terrorist fugitive, most sources were in agreement that bin Laden was most likely hiding and scurrying around in caves somewhere in Afghanistan. Officials were so convinced of this idea that thousands of troops scoured the countryside looking for him there. It wasn’t until 2011 when reports surfaced that bin laden was not there at all, but rather in—wait for it—Pakistan. This amazing coincidence was more enough to make this one episode of Scrubs go viral within days of bin Laden’s May 2, 2011 death. 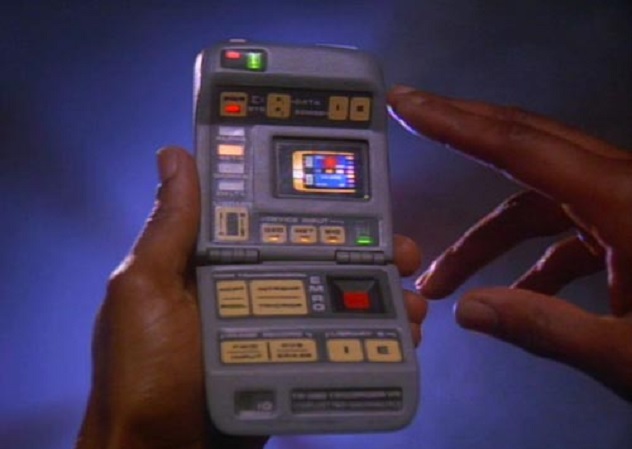 While plenty of mid-20th-century science fiction predicted outlandish “cloud cities” and hovercraft vehicles, Star Trek routinely approached the subject through a lens of rationality and of emerging technologies.

The future predicted by Gene Roddenberry was peaceful, curious, and exceptionally progressive. Some of the accurate predictions that the show is most known for include large screen monitors used for communication between vessels, the tricorders that operated as an all-in-one personal assistant (much like our tablets of today), and the touch screen computer interface. All of these were pipe dreams and fanciful imagination when they were first introduced, but mere decades later they not only existed but were integral parts of our everyday lives. 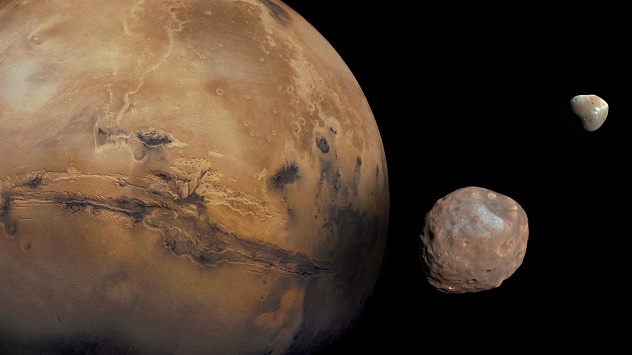 Jonathan Swift, known for writing the classic story Gulliver’s Travels, might have been a wizard. In his book—which was written in 1726—Swift documented how the astronomers of Lupta had discovered that Mars actually has two moons. We now know that he was right on the money, but it would take another 150 years before actual astronomers discovered Mars’ double-moon system and verified Swift’s claims.

Not satisfied with just predicting their existence, Swift also predicted the time they would take to revolve around their host planet. According to Swift, the inner moon could complete a revolution in 10 hours, while the outer one took 21.5 hours. When the moons were discovered in 1877, scientists determined that the inner moon (Phobos) took 7 hours and 39 minutes to revolve around Mars, while the outer moon (Deimos) required 30 hours and 18 minutes to do so. That’s not too shabby for an author who had never laid eyes on these satellites, and who lived during a time when we knew next to nothing about Mars aside from the fact that it existed. 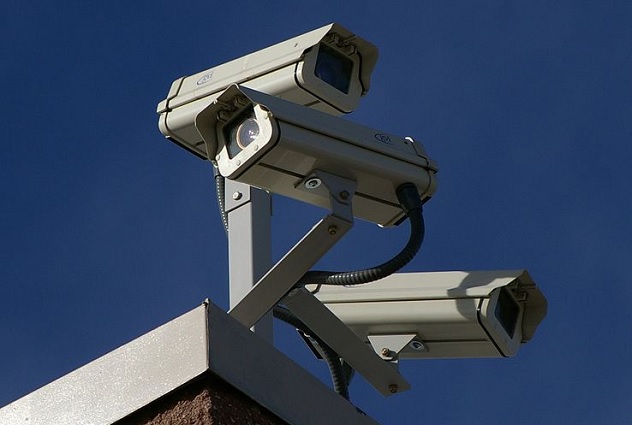 The most famous (and prophetic) of George Orwell’s published works, 1984 paints a picture of totalitarian oppression and the sad fate of those who would challenge the powers that be. Giant TV monitors were installed in every home and cameras were placed on every street corner, as the overarching theme of the novel depicted omnipresent surveillance as a method of oppression.

In 1949, when the book was released, these ideas were little more than more a vague possibility. Televisions were rare, and cameras were even rarer. In addition, the concept of constant surveillance in a country like the United States was unthinkable—a practice reserved for only the most brutal of dictatorships.

It can be debated as to whether Orwell’s view of the future was politically accurate or not, but his vision of a society without privacy and whose citizens not only consent to it but even welcome it, is unquestionably true.

1Stand On Zanzibar
Everything 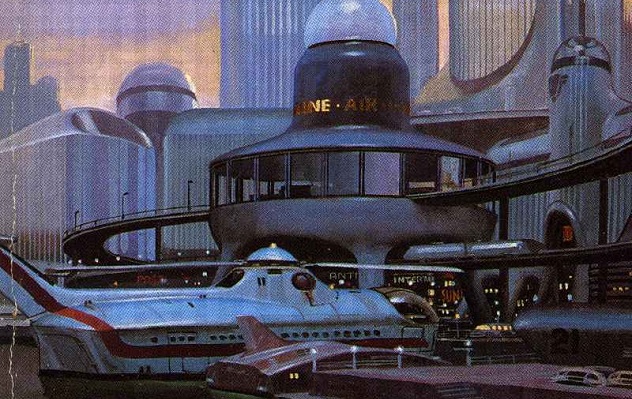 John Brunner’s 1969 opus Stand on Zanzibar is easily one of the most prophetic works of fiction in history. Brunner’s vision of 2010 now seems less science fiction and more a modern-day account of everyday life.

In Zanzibar, the countries of Europe have established a union to protect and better their financial situation. School shootings and random acts of violence have become mainstream. Gay and lesbian lifestyles are prevalent, and drugs that increase sexual performance are advertised on TV. In Brunner’s time, even speaking of such things—much less predicting that they would actually happen some day—was unacceptable.

Other predictions included Honda—a motorcycle manufacturer during his time—becoming a leader in battery-powered electric cars. His Detroit is a barren wasteland due to economic collapse, but electronic music has taken over and gained massive popularity there. Planes show TV shows and news on the backs of seats, people communicate via screens that show avatars of themselves rather than real people, tobacco is being phased out, marijuana is being phased in, and terrorists are the main source of political unrest in the world. For a work of fiction, that’s not a bad track record at all.

If that’s not enough creepy coincidence, consider a major character with great power who plays an integral role in the story. His name? President Obomi.