Without access to much of the technology and knowledge about diseases we have today, ancient civilizations did what they did with every function of nature. They assigned a god or goddess to disease or created a myth to explain why death and disease are a part of humanity. 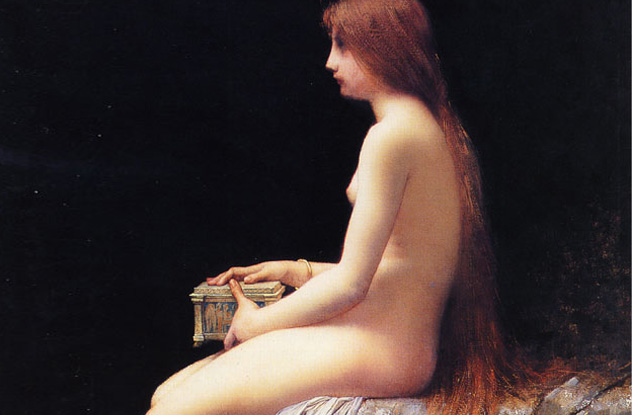 One of the most popular myths surrounding the reason for disease and strife, the ancient Greek myth of Pandora tells the tale of the creation of the first woman and the subsequent release of evil into the world. Created by Zeus to punish humanity for receiving fire from Prometheus, Pandora received special gifts from each of the gods, gifts that would aid her and her descendants in their torture of men. For example, Aphrodite gave her beauty and made her desirable to men, while Hermes gave her a shameless mind and feminine wiles.

The poet Hesiod featured the myth prominently in two poems, the latter of which expanded it to add a jar containing diseases and other sorrows. (We think of it as a “box” thanks to a mistranslation by 16th-century humanist Erasmus of Rotterdam.) After everything that was bad was released, the jar was closed, leaving hope inside. It was then that the Golden Age of mankind was ended, and the Silver Age began, an age in which humanity was subject to illness and death. 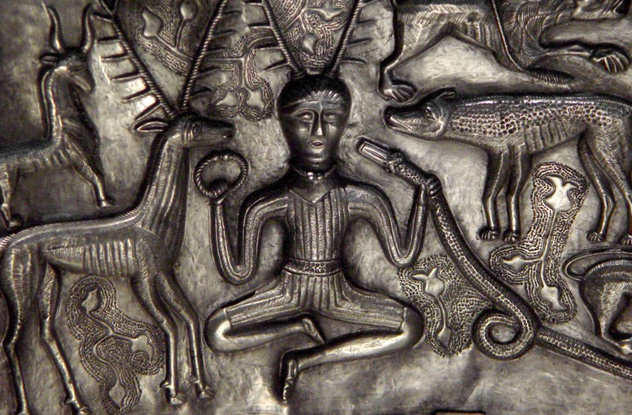 The Cherokee tribes of the southeastern United States used animals abundantly in their creation myths, and when it comes to the origins of disease, animals played a large role. In the early days of humanity, people lived peacefully with the animals and plants, all of whom could speak. However, the population of humans began to rise, and the animals were soon pushed from their homes and slaughtered, often without reason.

So the animals held a meeting, debating what to do about this newfound scourge. The bears wanted to fight, suggesting the animals use bows and arrows to kill humans. This proved foolish and the bears were dismissed from the meeting. They decided they would be able to kill humans with the teeth and claws already given to them by nature.

All the other animals came together and, one species at a time, invented new diseases to plague humans for their misdeeds. This is why Cherokees would ask permission before they killed an animal. To protect humans against what they saw as an abuse of power, the plants met and decided to provide remedies and medicines for the humans to use. 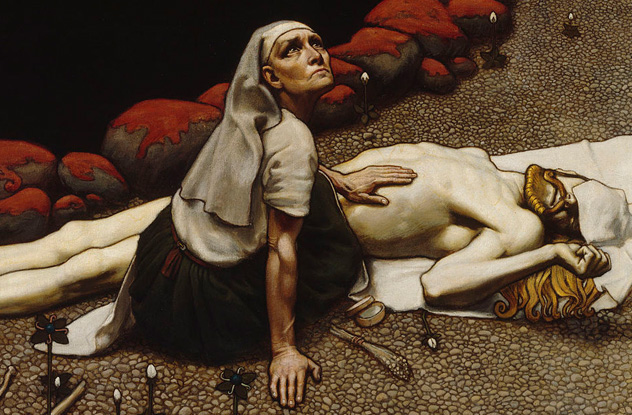 The blind daughter of Tuoni, the Finnish god of death, Loviatar was ultimately the source of what the Finnish people considered the nine most fatal diseases and ailments. Said to be the worst of Tuoni’s offspring, as well as the ugliest, she ended up being impregnated by the wind, filling up with nine different sons. (Some versions have her also becoming pregnant with a 10th child, a girl.)

For nine years, she walked around, pregnant with the originators of disease, before finally going through a horrifying birthing process. Wandering around the country looking for a priest to baptize and christen her children, Loviatar found no one, for each priest refused to “baptize the horrible.” So she named them herself. Among Loviatar’s children were Syoja (cancer) and Rutto (plague), with six others being named for various diseases. However, the ninth son remained unnamed, for he was the personification of envy, and he was sent to humanity by his mother to become a blight on them. 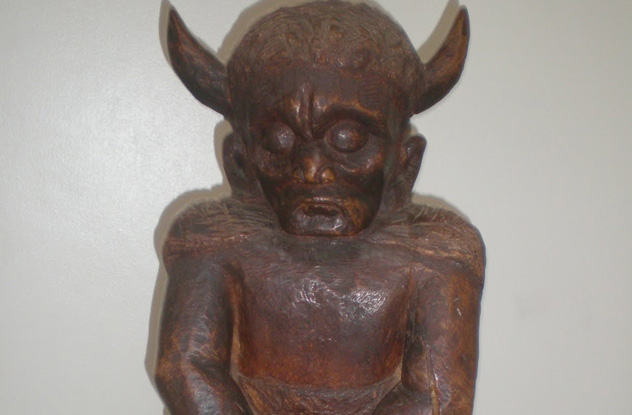 The Baganda people are a group living in Uganda. Walumbe was the son of Ggulu, the creator of all things in the Bagandan mythology, and he was also the twin brother of Nambi, the wife of the first man on Earth. When Nambi went to Earth to marry Kintu, her father instructed her to leave secretly, for Walumbe was evil and would most certainly follow her. Accidentally leaving her chicken feed behind, and disregarding her father’s stern warning, Nambi returned to heaven, where she was spotted by Walumbe. He resolved to never let his sister leave his sight again.

The pair returned to Earth, where, according to tradition, Walumbe claimed one of Kintu and Nambi’s children as his own. Kintu refused to allow him to take one, no matter how many they had, and Walumbe resolved to kill a child a day as revenge. After fighting with one of his brothers, who was sent by Ggulu to bring him back, Walumbe retreated into the ground. He remains there, taking his revenge each and every day. 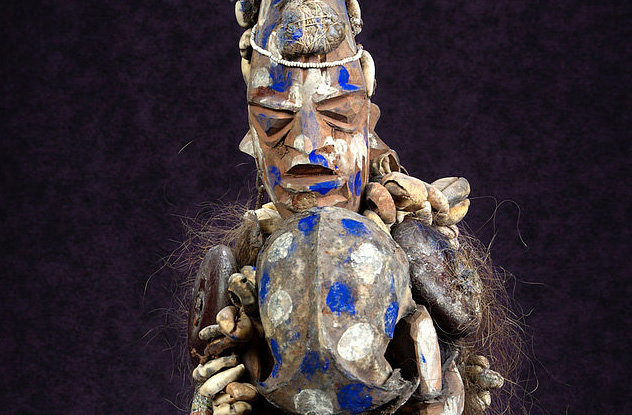 A god dedicated exclusively to one illness, Shapona was the god of smallpox in the Yoruba’s mythology. Given the disease’s ferocity and widespread effect throughout Africa, it’s almost no surprise it received its own deity.

The Yoruba believe that the god who causes grains to rise from the ground and nourish mankind also causes grains to come out of the skin of the people who eat them. Because of that belief, smallpox was seen as a sign of Shapona’s displeasure. In fact, due to their supposed connection with the gods, priests of the Yoruba were said to be able cause smallpox outbreaks.

British colonial rulers outlawed the god’s worship because they suspected the priests of deliberately spreading smallpox. In addition, it was said to bring bad luck and the chance of smallpox infection if Shapona’s name was even said aloud. 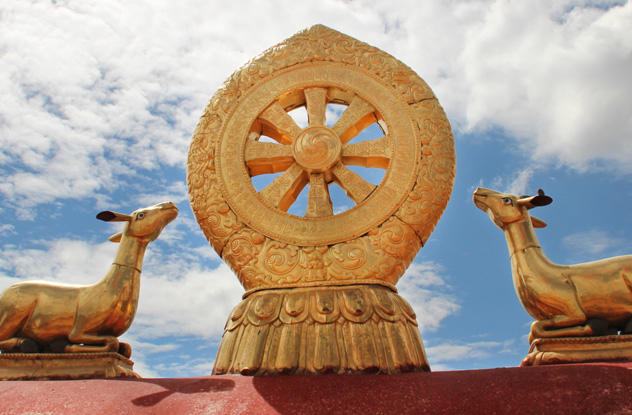 In traditional Tibetan mythology, the world was born from two great cosmic eggs, formed by the joining of five primordial elements. One of the eggs was named Radiant and was made of white light; the other was called Black Misery and was composed of darkness. The god of wisdom then struck Radiant, creating several different deities in the process, thus creating the world and its living things. A deity named Munpa Zerdan hatched from Black Misery, and he brought pestilence, ignorance, madness, and demons into the world. 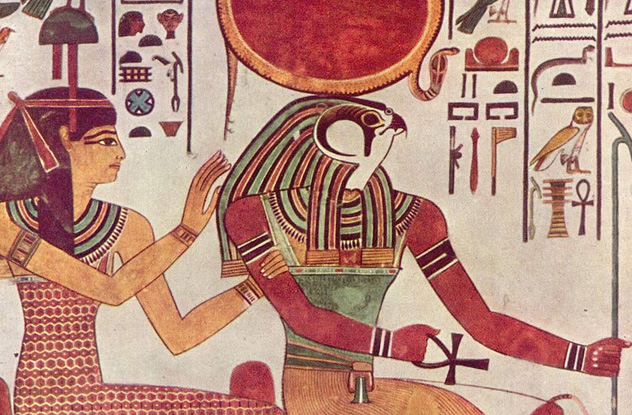 During the end of the period that might be referred to as a “Golden Age” in Egypt’s beginning, Ra was said to have become bored with humanity and deserted them. The humans realized this and began worshiping other gods and plotting against Ra, angering the god of the Sun. As punishment, Ra sent the warrior goddess Sekhmet down to Earth to kill those who stood against him. The goddess was so powerful that her breath destroyed Egypt’s vegetation, rendering the land a desert.

When faced with the outcome, Ra lamented and decided to save what was left of humanity. Unfortunately, Sekhmet was lost in bloodlust, and there was no way to make her stop. Ra eventually gathered 7,000 jars of beer, dyed them to look like blood, and gave them to Sekhmet, who drank them all and fell asleep. However, death and disease were now a part of humanity, though Ra created a few new gods to help watch over the people of Egypt. 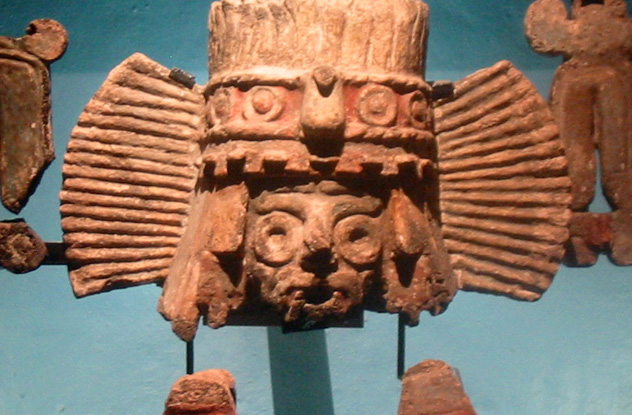 A vitally important god in the Aztec mythology, Tlaloc was the god of rain and fertility. Often worshiped as a life-giving deity, he was simultaneously feared as a punishing god, as he was just as capable of bringing crop-sustaining rains as he was damaging hail and drought. Associated with mountains, as rain clouds and rivers seemed to originate there, Tlaloc always kept four great jars on hand, with each one symbolizing a different sacred world direction.

Each of the four jars contained a different item. One had good rain, one had crop-killing frost, one had drought, and the final one had contaminated water or disease. Lesser gods known as Tlaloques (sometimes referred to as Tlaloc’s sons) broke the jars, sending all their contents to the world. Some versions have Tlaloc himself pouring out the contents of the jars, with the jar of the east being the only good one. 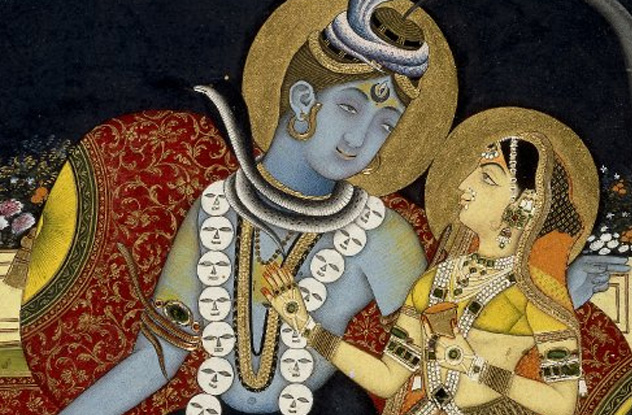 One of the most important and popular deities in the Hindu religion, Shiva is involved in some of the more important stories detailing the creation of the world, including the creation of disease. Daksha, Shiva’s father-in-law, had arranged a horse sacrifice, inviting all the gods to attend the ceremony—except for Shiva. Sati, Daksha’s daughter and Shiva’s wife, saw the god sitting alone and asked why he wasn’t going. When she found out, she was ashamed, saying “among all things (he) was superior.”

Angered beyond reason at his wife’s words, Shiva attacked Daksha’s sacrifice, chasing it with a bow and arrow with the assistance of his terrifying servants. During the chase, a drop of sweat fell from his forehead and hit the ground, turning into a short, red-eyed man named Disease (Fever, in some other versions). The other gods relented, allowing Shiva to join in the sacrifice, provided he divided up this new creation, for the world would not be able to bear such an ailment. Shiva agreed, dividing Disease into several different pieces, creating different illnesses for different creatures. 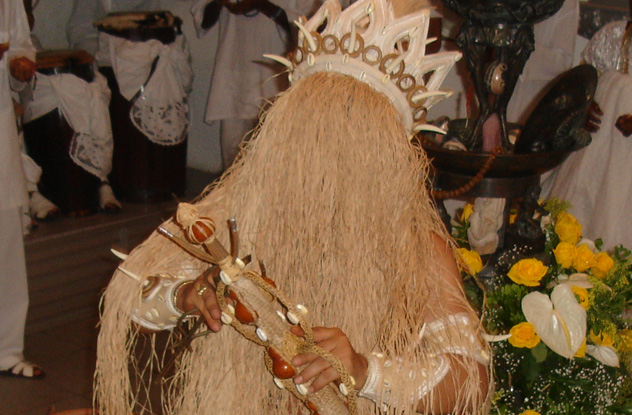 Sometimes seen as an evolution of Shapona, Babalu-Aye has come to represent the god of all illnesses. Hoisting disease on those who refuse his commands or renege on their promises, he is syncretized with Saint Lazarus in the Santeria religion, thanks to his historical affiliation with leprosy. Some stories say that Babalu-Aye himself was stricken with the disease, which also explains why he is sometimes depicted with crutches.

One version of the myth of the origin of disease features Babalu-Aye at a party thrown by the other orishas (gods in the Yoruba religion). However, the god was clumsy and uncoordinated in comparison to his brethren, and they laughed at the sight. Angered beyond reason, Babalu-Aye unleashed a torrent of plagues and diseases, and they seeped into the world. Banished and faced with the reality of his decision, Babalu-Aye devoted the rest of his existence to helping those afflicted (except for those times when his anger flares up).