When we die, most of us can expect the whole of our bodies to be burned or buried by our families and friends. Some cultures may favor quick burials, as in the Jewish and Muslim traditions, or they may wait three weeks or more, as is customary in Sweden. Some cultures like small private funerals with simple mournful hymns, while others prefer jazzy, New Orleans–style funerals with dancing.

All cultures have funeral rituals, and though they may differ in details, they usually involve the disposal of the body in its entirety. However, throughout history and even up to the present day, parts of human beings are being preserved post-mortem for a variety of reasons. 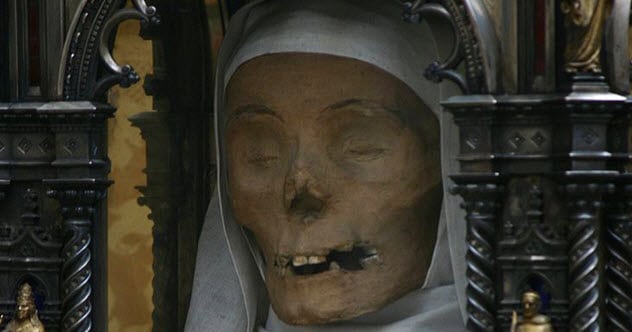 If living a good and holy life isn’t enough to allow you to go to your eternal rest in one piece, it’s hard to know what is.

However, there are hundreds of body parts, purported to belong to any number of saints, which are still venerated by believers today. Historically, the Roman Catholic Church was particularly keen on collecting relics.

Anything and everything was preserved—from the head of St. Catherine of Siena (still on display at the Basilica Cateriniana San Domenico in Tuscany) to the tongue of St. Anthony of Padua. Other relics have included the blood of St. Januarius, the foreskin of the infant Jesus, the finger of Doubting Thomas, and the entire body of St. Mark.[1]

Other religions also have their relics. For example, you can find the Buddha’s tooth in a temple in Sri Lanka and the beard of Muhammad at Topkapi Palace Museum in Istanbul. 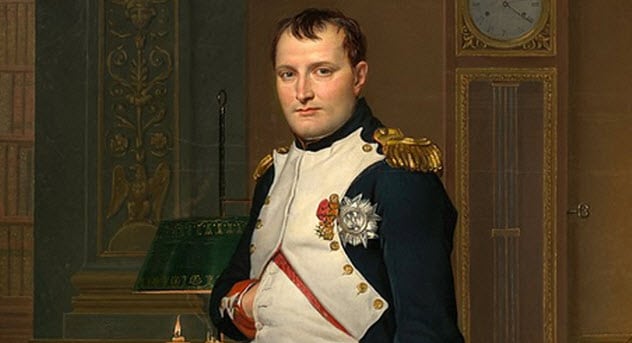 Body parts have also been collected as war trophies. Perhaps because of the influence of film, it has been widely believed that Native Americans invented the idea of scalping their victims.

In fact, the Greek historian Herodotus reported that Scythian warriors were required to deliver an enemy scalp to the king in the fifth century BC. Although there is evidence that some Native Americans scalped their enemies, so did the frontiersmen, who used the scalps as proof of death to collect their bounties.

War trophies are not just confined to scalps, however. The great general and emperor Napoleon was actually cut down to size after his defeat, imprisonment, and eventual death on the tiny island of St. Helena. The doctor performing the autopsy bagged all of Napoleon’s internal organs as well as an external one. The souvenirs were divvied among those present, with the priest allegedly getting a few pieces of rib.

Napoleon’s penis was eventually bought at auction for $3,000 and is now kept under lock and key in New Jersey. Just like Napoleon himself, the emperor’s appendage was said to be, well, diminutive. Small man syndrome indeed.[2] 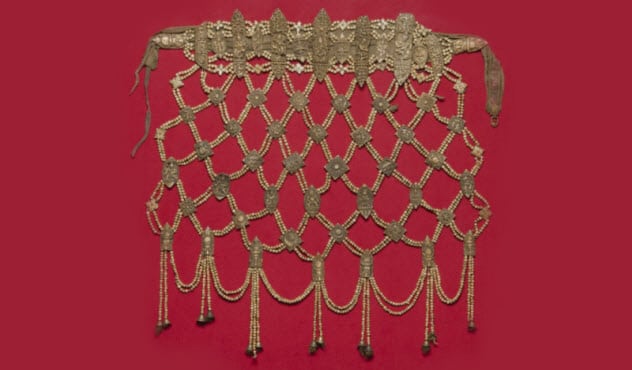 Nothing says “beautiful” like rotting flesh, so bits of the dead are sometimes used to make art.

In Tibet, bones might be carved into intricate patterns to form an “apron” to be worn during special ceremonies. Kapalas, cups made from human skulls, were used during Tantric ceremonies. Kapalas were highly decorated with precious metals and jewels and often sat on the Buddhist altar.[3]

In 18th-century France, Honore Fragonard created elaborate sculptures from human remains. His “flayed men” combined anatomy and art to show the internal muscles and organs. He skinned hundreds of human and animal cadavers to make his sculptures.

Many of his bizarre creations can still be seen in the Musee Fragonard d’Alfort in Paris. Based on the picture by Albrecht Durer, one of Fragonard’s creations is named The Horseman of the Apocalypse. It consists of a man on a horse, both flayed, surrounded by a disturbing crowd of small human fetuses riding sheep and horse fetuses. 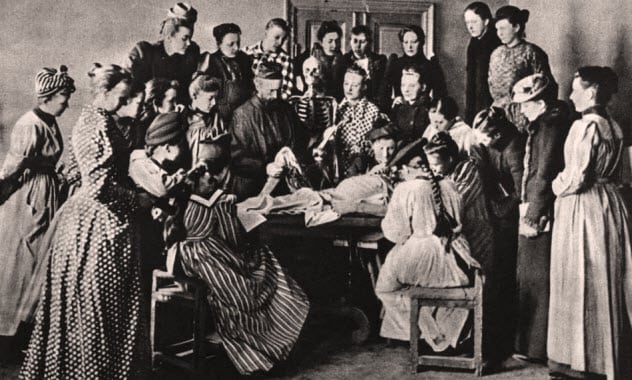 One of the more normal reasons to keep body parts after death is for the advancement of medical science. The study of anatomy began in earnest in the 18th century, fueled by the activities of “resurrectionists” who robbed the graves of the newly buried. People like Burke and Hare also tended to give the Grim Reaper a helping hand.[4]

“Donated” bodies were dissected in front of audiences of medical students, interested amateurs, and bored gentlemen seeking a ghoulish thrill. The infamous surgeon Robert Knox often gave public demonstrations of the art of dissection. (Knox was one of Burke and Hare’s best customers. He was caught with the corpse of a recently murdered victim in his possession.)

Contemporary efforts to reintroduce public anatomy lectures in Edinburgh have, unsurprisingly, met with a good deal of opposition. However, people still donate their bodies to science today.

Dissecting a body takes a long time, and medical students can spend up to a year working on the same cadaver. Although many medical schools are moving away from the dissecting room to look at previously dissected and preserved specimens and computer-generated images, dissecting an actual body is still said to provide invaluable experience for would-be surgeons.

At the end of the process, donated bodies are either cremated privately or handed back to the families for burial. Medical staff members are encouraged to attend these funerals, which must make for interesting conversation at the wakes. 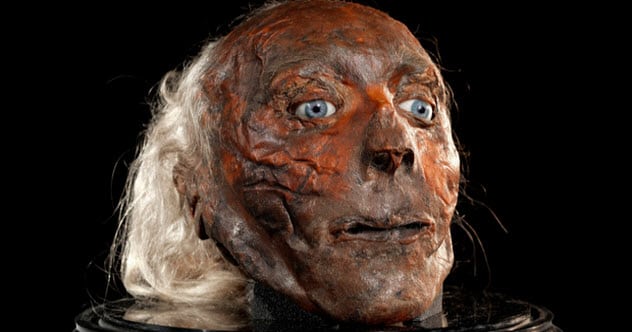 In life, Jeremy Bentham was a world-renowned philosopher and social reformer. Born in London in 1748, Bentham spent much of his career writing about the law and how to improve it.

He is associated with the doctrine of Utilitarianism, which proposed that human conduct should be governed by “the greatest good for the greatest number” rather than religious principles. Bentham was a committed atheist and free thinker. He advocated both universal suffrage and the decriminalization of homosexuality, which was extremely advanced for an 18th-century thinker.

As an atheist, Bentham was opposed on principle to the idea of a Christian-style burial. According to his wishes, Bentham’s body was dissected after he died. His skeleton was used to create an auto-icon which sits on a stool in a corridor at University College London (UCL), topped with a wax head. The story that the body is wheeled into College Council meetings and recorded in the minutes as “present but not voting” is a myth.[5]

Bentham’s mummified head was removed from the auto-icon after it began to decay. It is kept in the collections of UCL and is occasionally put on display. In 2006, Bentham’s body was again used by medical science after DNA samples were removed from the head to try to determine whether Bentham was autistic. (He was a child prodigy who was found reading a history of England while still a toddler and who began to learn Latin at age three.) 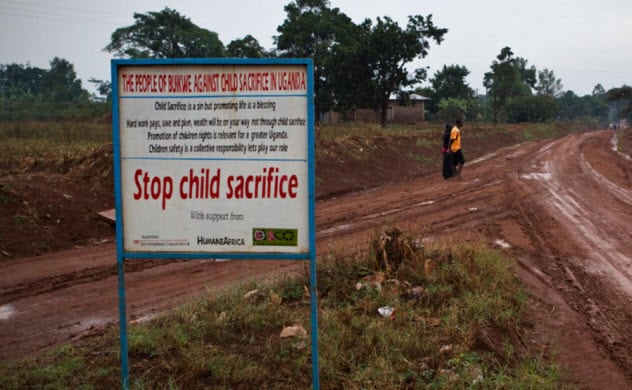 Sometimes, body parts are employed like vaccinations—to prevent death. In parts of Uganda, the blood and body parts of dead children are still being used to ward off disease and death and to bring prosperity. Disturbingly, children have been deliberately murdered to fuel this grisly trade.

Since the first child sacrifice was reported in 1998, over 700 mutilated bodies have been discovered. The murders are believed to have been carried out by witch doctors who collect blood for its supposed ability to cure disease. They also sell body parts as talismans to attract wealth.

Though the practice is illegal, it still occurs in rural areas in Uganda. However, the witch doctors take care to keep the ceremonies secret.[6] 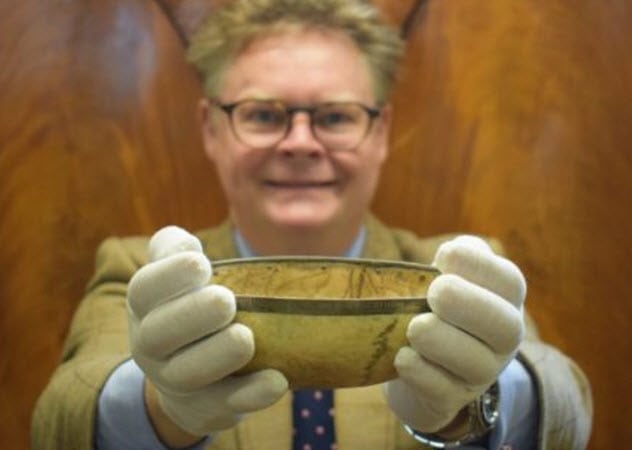 Sometimes, the remains of the dead were turned into useful, if ghoulish, objects. The poet Lord Byron famously owned a cup that was made from a human skull. The cup was edged with silver to make a drinking vessel. It was believed to have been dug up by Byron’s gardener at Newstead Abbey, and the eccentric poet was said to have taken a fancy to it.

Even more ghoulish was the fate of William Lanne. He was one of the last of the Aboriginal Tasmanians living on the Furneaux Islands. Perceived to be “ignoble savages” and “the missing link” between humans and apes, they were treated brutally by European settlers.

Many people died from diseases brought in by the colonists. Cholera swept through the islands, decimating the indigenous population. Even after their race was officially declared extinct, the Aboriginal Tasmanians continued to suffer at the hands of the colonists.

Members of the Royal Society of Tasmania dug up some of the bodies and put them on display. William Lanne’s head was removed, and his scrotum was made into a novelty tobacco pouch.[7] 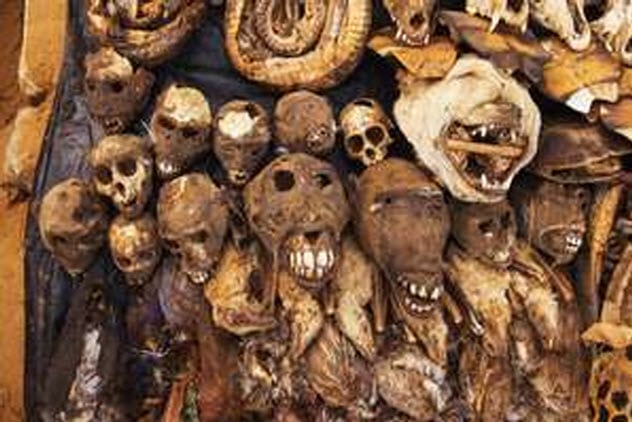 A belief in magic is strong in many cultures, particularly in sub-Saharan Africa. One such belief system, juju, can be used to help or harm believers.

Juju is believed by many to infuse an object with a magical property, so that, for instance, a person’s hair can contain his spiritual essence. Amulets containing these essences can protect or bring harm depending on the spells used.

Juju priests use menstrual blood, hair, nail clippings, body parts, and blood taken from childbirth to create magic spells which bind believers to the priest and compel them to do whatever they are told. Disturbingly, juju has been used to control women and to traffic them as prostitutes. Many were too afraid of the consequences of juju to leave.[8] The Sedlec Ossuary in the Czech Republic features a central chandelier made of bones. At least one of every bone in the human body can be found hanging in the light fixture. In fact, the church has used the remains of 40,000 corpses to decorate the church in a bizarre way. It even includes a bone cross.

In Rome, Our Lady of the Conception of the Capuchins church holds the remains of around 4,000 friars—not in crypts or graves but as room decorations. Skulls line the walls, and three complete skeletons of Capuchin monks greet visitors as they enter.

One of the most peculiar chapels can be found in Czermna, Poland. Every inch of the walls and ceilings is lined with bones from the victims of plague and war. The remains of 20,000 more bodies can be found in the basement. The chapel was created by Vaclav Tomasek, a local priest. After his death, his skull was placed on the altar of the chapel, where it remains.[9] 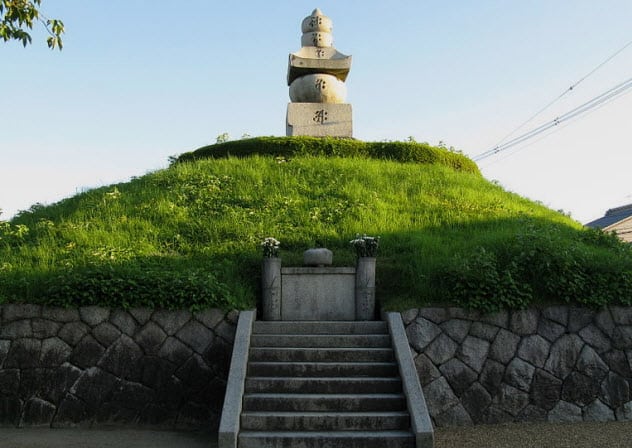 Sometimes, body parts were taken as proof that someone had been killed. When Japan invaded Korea in the 16th century, samurai warriors cut off the noses of their enemies, partly as trophies and partly because they were paid according to the number of kills that they made. The noses—and sometimes ears—of the dead were brought back to Japan and stored in “nose tombs.”

Discovered in the 1980s, one of these tombs contained over 20,000 pickled noses. Some people in Korea have requested the return of the noses, while others think that they should be properly destroyed. The noses (and many ears) are buried in a 9-meter-high (30 ft) hillock called “The Ear Mound” in Kyoto. It is maintained at the expense of the Japanese government, who seem a little embarrassed about the whole thing.[10]

Read some especially creepy stories about human body parts on 10 Gruesome Items Ed Gein Made From Corpses and 10 Body Parts That Went On Adventures Alone.